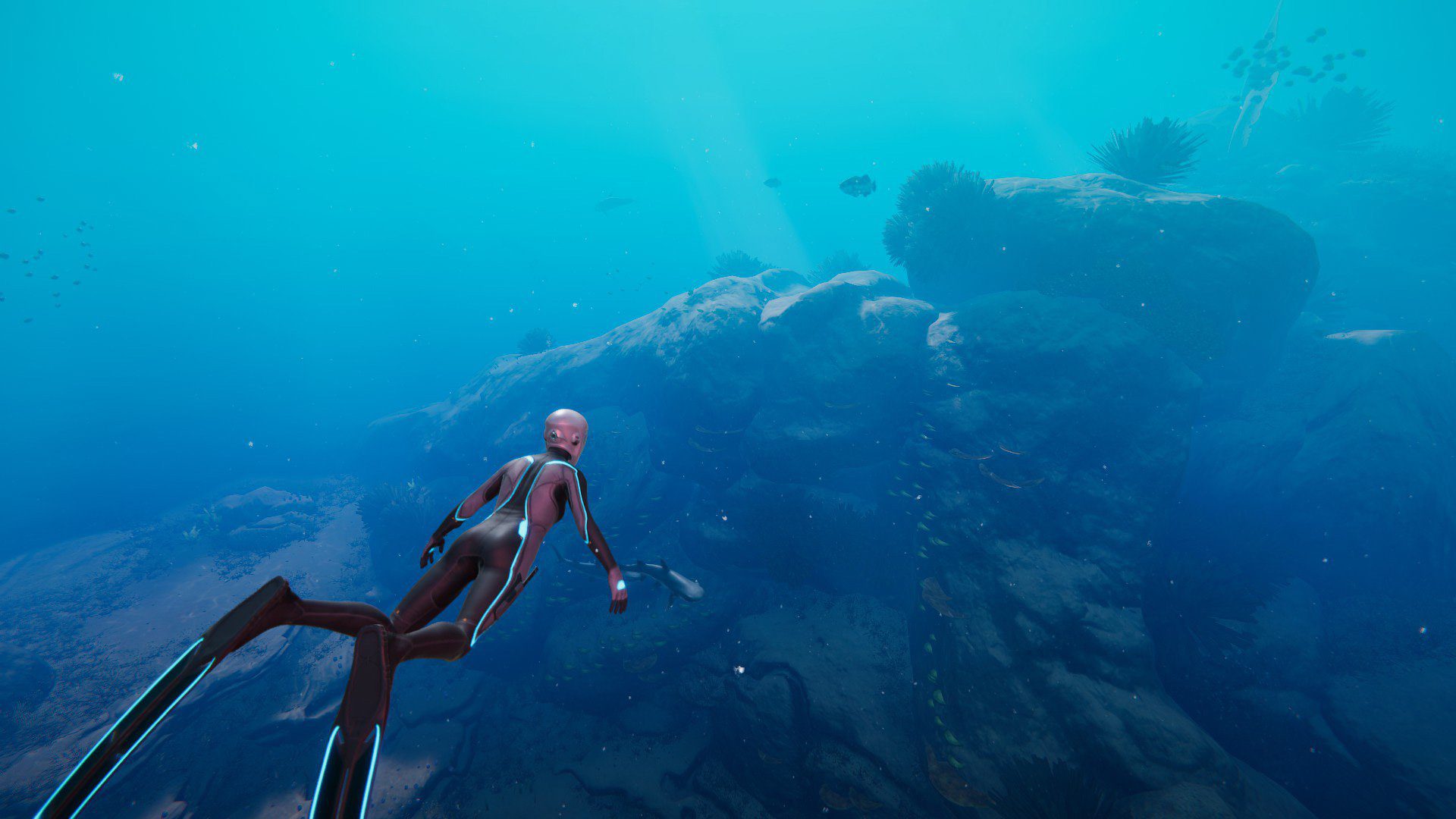 I’ve been counting the days until Beyond Blue‘s PC and console release since it showed up on Apple Arcade back in April. This soothing, somber, immersive oceanic adventure game just seemed like something I’d want to experience on a larger screen, you know? I’m glad I held off for the PC version.

It’s not the absolute best the genre has ever seen – Endless Ocean and Subnautica still top that list for me – but there’s a lot of merit to its education-focused approach, and the swimming is gratifying.

E-Line Media collaborated with BBC Studios, Blue Planet II, and OceanX, so not only will you get to go on chill dives, you’ll also have a chance to watch documentary footage and interviews with scientists and activists that reflect what you’ve been up to in the game. Our boy James Cameron even shows up! 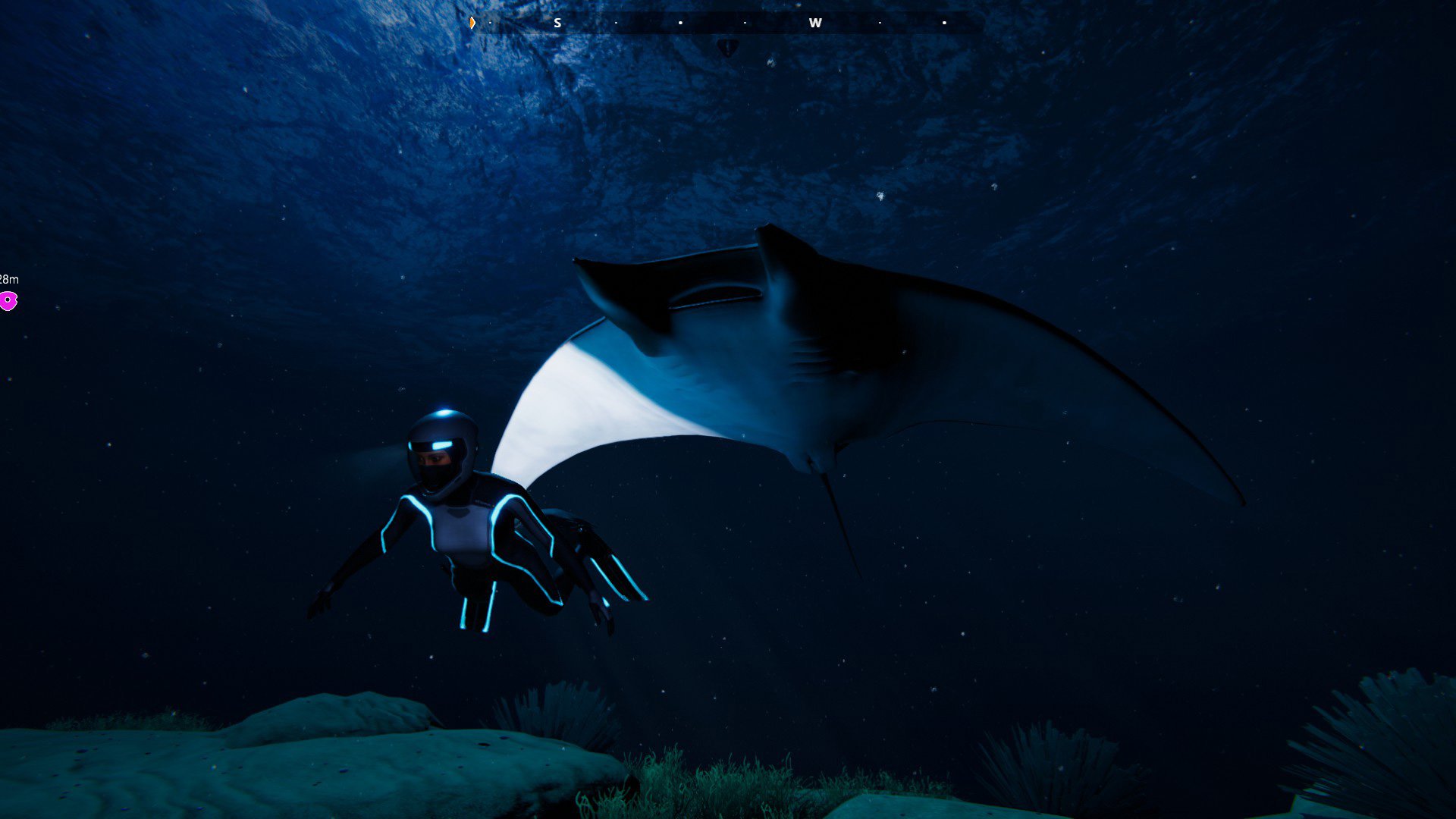 There are a few points I want to clarify up front – a few things to mention so that your expectations for Beyond Blue are in check. First, while you can go at your own pace, this is isn’t an open-world game.

There are eight “dives,” some of which overlap with one another in terms of where they’re set, and they are presented in a linear structure. This is a grounded, fully-voiced, story-driven game – a surprisingly personal one at that – with a human element to complement the bigger-picture message about our planet’s well-being. It’s not preachy, but it also doesn’t sugarcoat our dire future. The three-hour narrative does a good job of blending current-day authenticity with near-future-tech fantasy.

My biggest concern was that the script would feel too clumsy or too dull, but it’s neither.

Mirai, the protagonist, is one-third of a research team that’s using experimental technology to better understand and connect with ocean life, most notably a pod of sperm whales she’s been studying for years. When she isn’t calling up her sister or colleagues from a state-of-the-art submersible (her home base of sorts), she’s chatting with them during live-streamed diving excursions – a clever way to frame educational “on-camera” dialogue that’s aimed at us, the players, as well as the in-game audience. 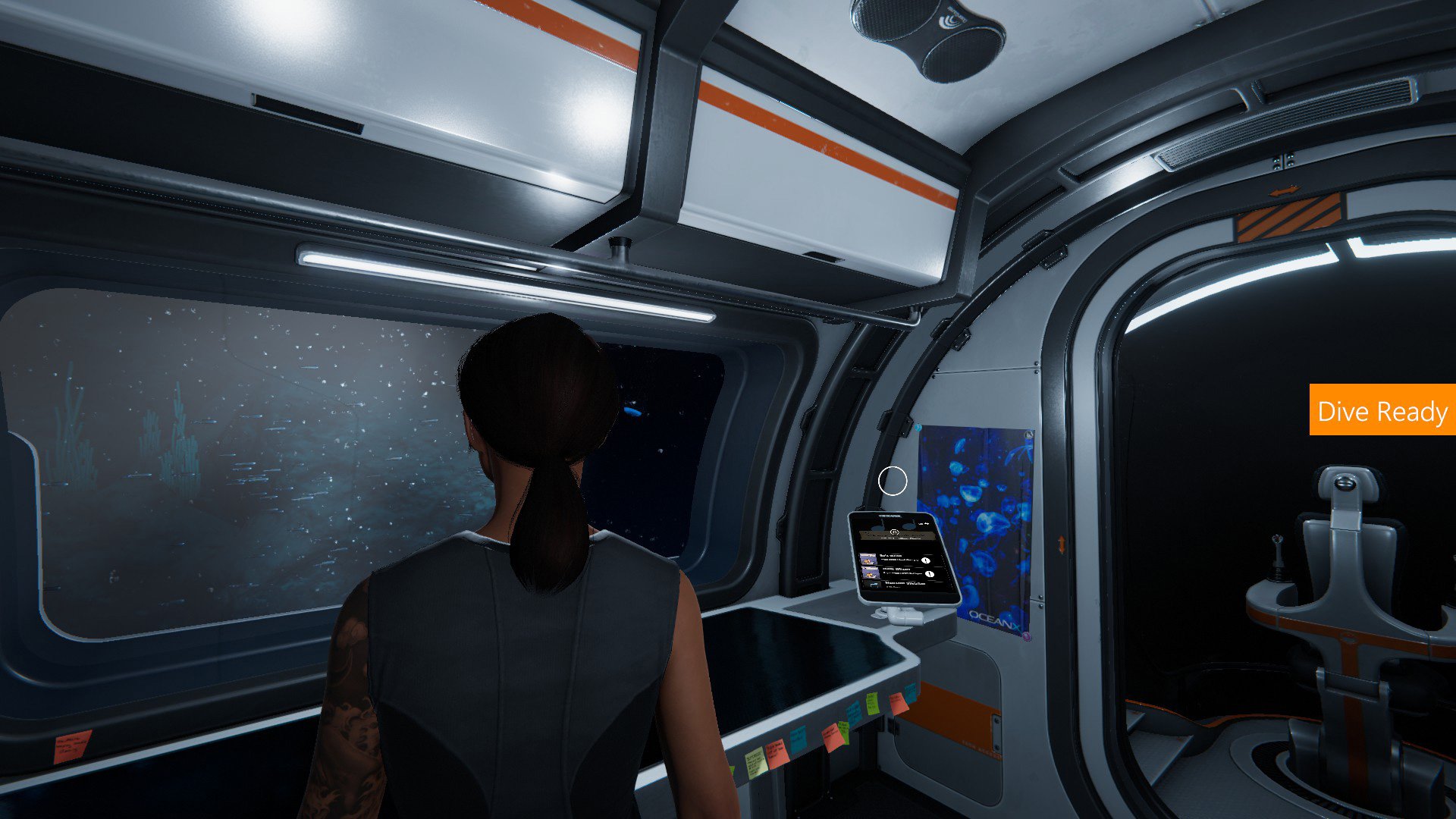 With that said, the basic flow goes a little something like this: you’ll dive, use sonar tech to mark points of interest on your HUD, swim out to investigate them, scan specific sea life with a drone, and repeat the process a few times before heading back to the ship for a couple of video calls with your crew.

Most of the dives in Beyond Blue follow that general pattern, but at any point, you can do your own thing and just swim around. There’s no pressure. There are no immediate stakes. You can’t hurt the fish and you can’t be hurt. Your primary point of interaction is a scanner, so this is an entirely peaceful game.

Completionists will feel the urge to scan every last animal. There’s a finite amount to find – each scan will fill a meter and tell you how many are left – and you can check a  topographical map to help you track down stragglers. As you scan, you’ll unlock scientific trivia and 3D models that you can check out back on the sub. That’s also where you can watch 16 “mini-documentaries” and listen to tracks from The Flaming Lips and Miles Davis. I highly recommend the latter. It’s such a cool, fitting vibe.

Once you wrap up the story, you’re free to go on all eight dives again without any voice-over interruptions. You’ll probably want to scan any fish you missed – my save file crossed the five-hour mark – or you can calmly float in these sunny coral-filled reefs, swimming alongside 40-ish distinct species. Some are cute (baby leatherback sea turtles!), some are pretty (triggerfish and butterflyfish), and some are downright freaky (sleeper sharks and hagfish). Wait till you reach the brine pools. 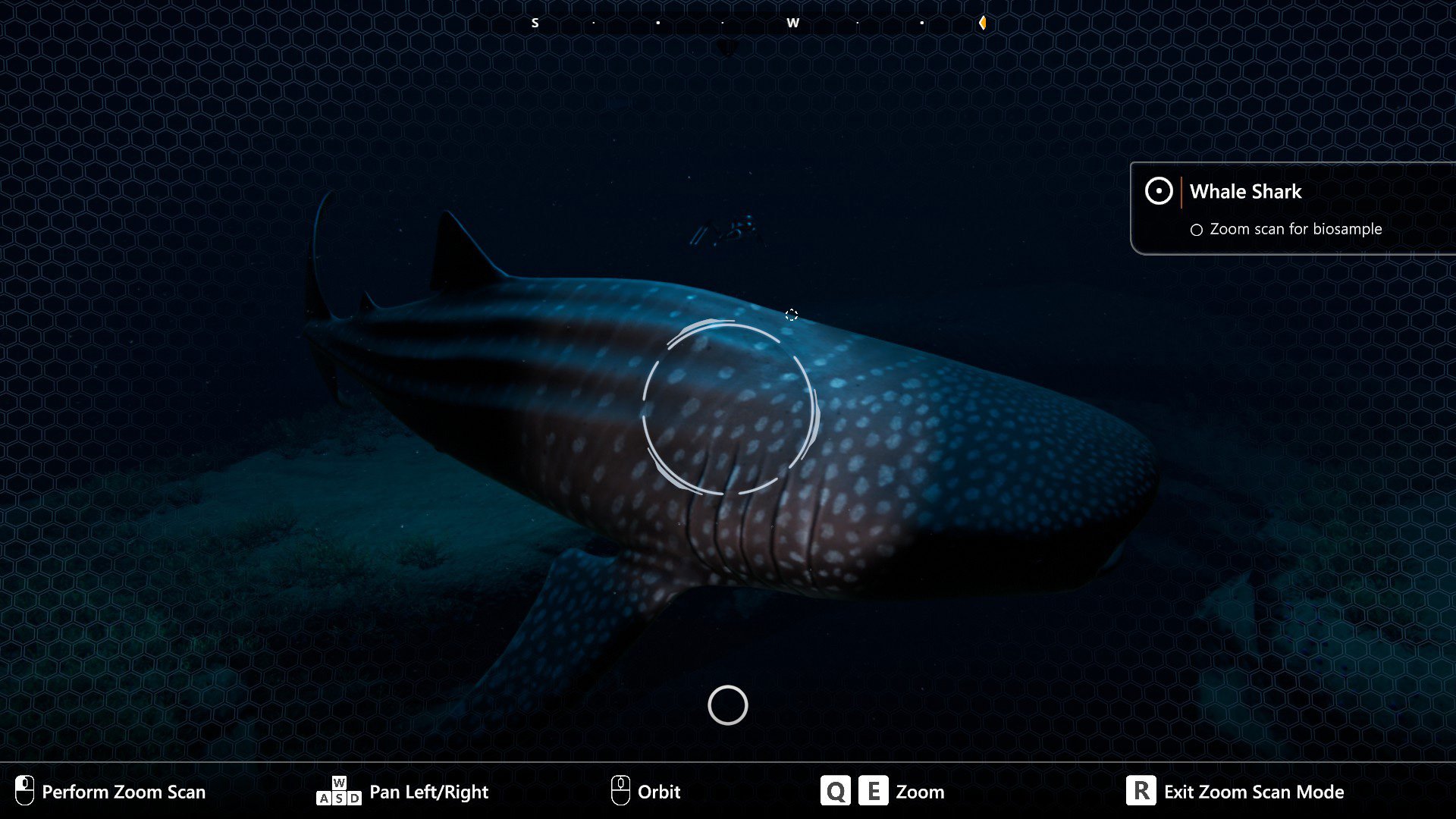 The fish aren’t always as dynamic as I would’ve liked, but as an avid snorkeler, I love having a game I can hop into whenever I miss the ocean. The ambient music during dives strikes a heavenly mood.

If Beyond Blue didn’t try its best to tell a personal narrative with a cast of characters, I still would’ve enjoyed it despite its simplicity as a game. Even though the aquatic simulation feels too surface-level at times, I can’t deny the game’s beautiful imagery, education-minded ambition, or tranquil appeal.

I appreciate that the story gave me plenty of reasons to care about Mirai and enough quiet space to shake off some stress among the waves. It’s a contemplative journey, one I can’t help but recommend.