Betrayer? I hardly even know her!

Awash on a beach amidst scattered boxes and waterlogged wood, Betrayer drew me into its chiaroscuro world immediately. Behind me was a blinding, blown out whiteness and an impassable expanse of sea. Ahead of me was intrigue, a mysterious red figure on the horizon, and a state of discontent.

Oh, it starts out strong, before I ended up feeling, well, betrayed. The unsettling, moody sense of exploration began getting replaced by typical, “gamey” systems and way more first-person shooting than I was hoping for. Betrayer is frustrating for its flashes of brilliance undermined by a death grip on conventions. 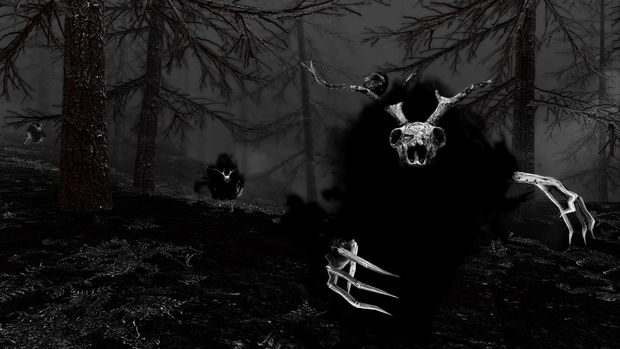 Betrayer casts you in a foreign world, 1604 America. Except as you wash ashore after a presumed boating accident, you come to find all the forts and settlements devoid of settlers. You have period appropriate weaponry. A bow to begin. Soon a musket and pistol, both of which take long to reload. And you’ll need them, because you come upon Spaniards that are more monster than men.

What it does right is evident from the onset. The striking aesthetic (you can make it color in the settings, though it undermines the tone) makes the “New World” feel otherworldly. Get close to a deep black tree and you might see a blood red sheen. Presumably, it is blood. Red is the only color that shows up by default, highlighting enemies, chests, blood.

In those early moments of exploration, everything is unfamiliar and scary. Crouching when you spot an enemy will dull your footsteps, while moving with the frequent winds covers the sound of your presence further. And what winds they are. They remind me of my childhood, though they’d be buffeting my windows and not rustling trees. Anyone who ever watched someone try and field a pop up in a San Francisco Giants game before 2000 knows about the crazy winds out by Candlestick Park. 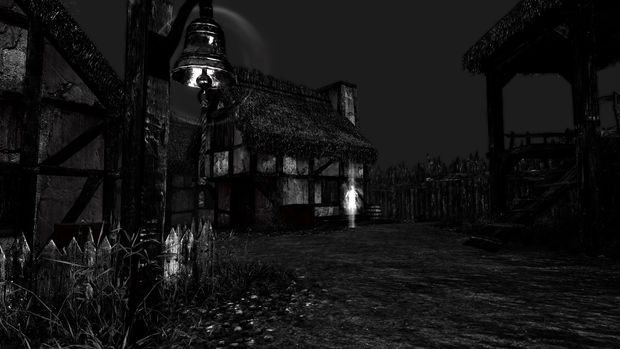 While stealthing around and dealing with enemies that make animal noises is all well and good, Betrayer‘s problem is that it grows stale when you kill your 400th foe. When you die, there’s a Dark Souls-ian bloodstain that you need to reach before a second death or you lose all your money. In the first area, this was a problem for me, but once I got the hang of the game, along with a few extra weapons, it was inconsequential.

The merchant, characterized well early on through his letters you discover (“The weapons I offer are guaranteed to do more harm and do it faster”), is just one example of how Betrayer pads itself. Picking up incrementally better weapons only serves to get you to a point where combat becomes a chore. It becomes typical of any first-person shooter, though more cumbersome with the older guns. And enemies will respawn in areas and chase you forever, so you’ll be doing a lot of killing. Ultimately I found it easier to sprint everywhere, alerting and dispatching enemies, than play it safe.

Betrayer fails when it tries to be a traditional game. There are several areas to explore, most of which look similar. And these expanses need to be traversed when you become chief problem solver to the dozens of colonist spirits that cover the area. Central locations, like forts, will have a bell that, when rung, changes the world to an even darker, spookier world wherein you can see and talk to spirits. 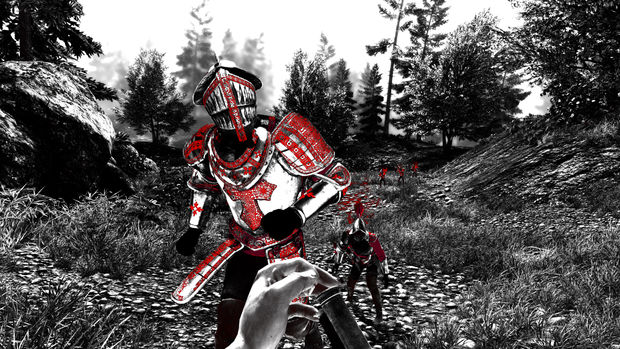 The enemies change in this state, too, opting for actual skeletons that collapse like Disney’s “Skeleton Dance.” And the weird thing is that it’s still scary in spite of itself. The combat ends up having no stakes. On the adventure/exploration side, you’re mainly mashing “x” to listen to a severed ear you find, which will direct you to pertinent clues, more spirits to talk to, all whom need some sort of closure (and most of whom as huge assholes). It gets boring, basically. Fetch quests and too much tepid shooting.

But it is still scary, still moody, and that’s a testament to some of the best sound design I have ever heard in a game. Even after ringing the bell dozens of times, the loud crash when the world shifted to an extra dark state still sent a chill down my spine. So too did all of the ambient noise. Not just the wind. Those goofy skeleton enemies? When they’d — or other ghastly creatures — erupt from the ground, I’d still be unsettled because of the great soundwork despite them being, well, goofy and non-threatening. Strafe and the skeletons can’t touch you.

As much as the “game-iness” tries to undermine the atmosphere, the sound design is always fighting back and making you uncomfortable. In conjunction with the striking look reminiscent of Jim Jarmusch’s surreal Dead Man, Betrayer hits some high notes. 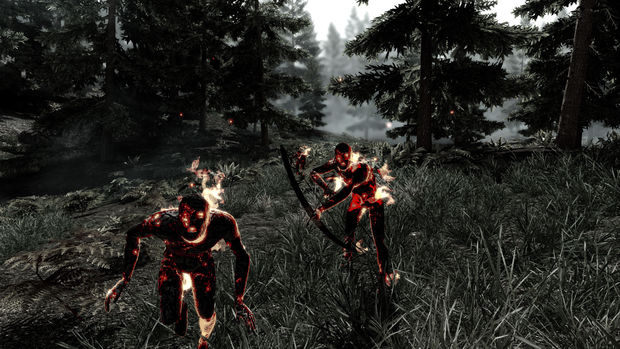 Unfortunately, it’s hard to get invested in Betrayer‘s central mystery (or side stories) with how stretched out it is. A moody and affecting explorative experience is padded out with excessive combat and (necessary) fetch quest equivalents that drag you all along its repetitious landscape (forcing you into more and more combat) to pick up clues and talk to spirits.

You basically follow a GPS from clue to ghost to clue to ghost the entire time. That and track down a bunch of statues that need to be purified before you can move on to the next area. These contrived, familiar mechanics rob Betrayer of its initial promise: taut stealth against monstrous creatures and mystery.

Instead, there’s a merchant shop in every major location so you can get a charm that confers 4% faster running and you can’t dig certain items out of the ground until you find a shovel way late in the game. I’d much rather see my character, in first-person, manically clawing at rocks, fingernails tearing off, punctuating lines of blood like the dot on an exclamation point. It would at least fit with the tone the rest of Betrayer is trying to set.