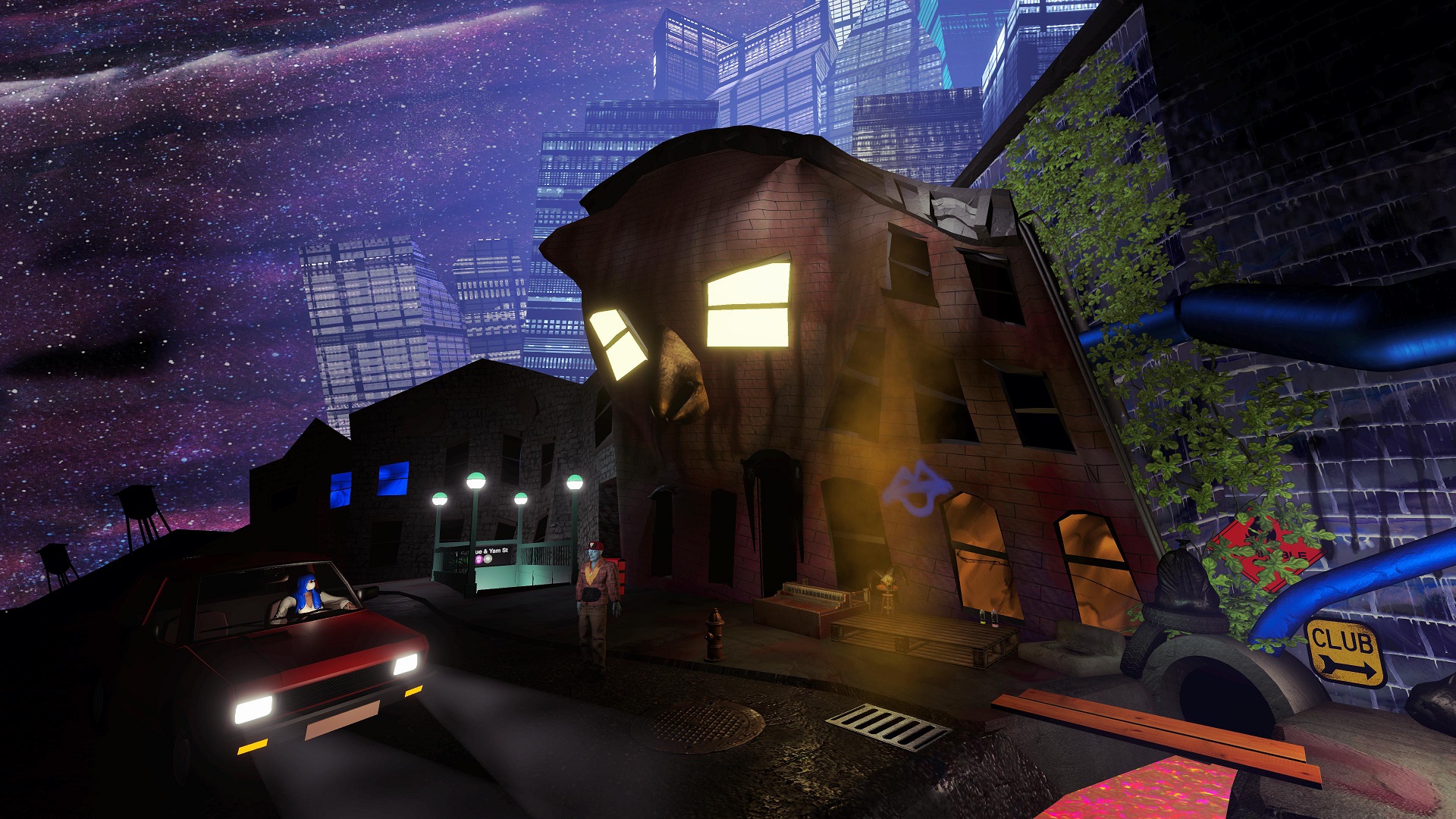 When discussing video gaming’s propensity towards violence, I often say, “ballistics are easy, discussion is difficult.” Simulating the path of a bullet has been part of the video game landscape for almost as long as it has existed. However, we still struggle with creating meaningful communication. We don’t often argue with the end boss, they’re usually not in a talking mood.

I’m always intrigued to see games make an attempt at simulating discussions. At the bottom rung, a game will have you pour stat points into charisma and maybe pair it with a dice roll. You only sometimes get games like Alpha Protocol, which has a smidge more nuance. You have to read the room to figure out how to shmooze your target (into bed, hopefully).

I never expected to find a new high-water mark set by the creators of Off-Peak and The Norwood Suite. Don’t get me wrong, I love those games. However, I love them for their aesthetics and attitude. I felt that their inventiveness wasn’t likely to stretch beyond presentation and storytelling. I have never been happier to be so shockingly wrong.

You don’t really need to be familiar with the other games in the Off-Peak family to understand what’s going on here. In fact, playing those previous titles will mostly just set you up with some knowledge of how its nebulous and strange world works and prepare you for the fact that you’re stepping into an interactive modern art piece.

Betrayal at Club Low sets you up with a simple mission to enter the eponymous club and extract an undercover agent. The game world is compact, consisting largely of the nightclub built from the remains of a coffin factory. However, there’s much to do if you want to succeed in your mission. There’s a great deal you can also ignore if you like to live dangerously. No one is judging.

Going in, you’re equipped with nothing but a pizza delivery disguise and your skills with a pizza oven. You have a number of social skills, but all of them need to be upgraded before they’ll be anywhere approaching effective. You do this by gaining money, and you gain money by putting your skills to use in social situations. These are all decided by a competitive roll of the dice.

Before you start thinking this is all down to random chance, that’s only part of it. Going into a dialogue option, you have full view of factors, both positive and negative, that will help you decide if an action is worth the risk. You can see the six sides of the opponent’s dice and how they stack up against the six sides of your related stat. So, if you pour all your money into improving your knowledge of cooking, you’ll have a greater chance of succeeding when you need to impress your target with your knowledge of the finer matters of stew.

Leveling up your skills comes down to gussying up the sides of your die. You can spend a wad of money on bumping up all the sides of that stat’s die, but you also can just pick and choose where you place your beef. Do you want to live dangerously with a die that is all 1s and a 7? I wouldn’t, but you do you. I crunched the numbers, and there’s no advantage to buying in bulk, but with how the cost scales, it’s maybe better to keep things a bit more even.

That’s not all, however, as your successes and failures also provide bonus die to buff up your role. If you fail at something, you might become embarrassed, which will add a die that can subtract from your roll. If you do well, you might overcome some of your insecurities, which will lubricate certain social situations. Likewise, cracking a joke or two can make your opponent in dialogue lower their defense and become more open to suggestion.

Finally, there are pizza dice. By searching the environment for recipes and ingredients, you can bake the perfect pie, which adds additional bonuses. Unlike the trait dice, these don’t directly affect your roll but can allow you to re-roll your opponent’s dice, heal your health and nerve, or even give you some extra pocket padding. By which I mean money. You’ll want all you can get your hands on, so squeezing those pizzas for all they’re worth is in your best interest.

The house limit is two do-overs

For that matter, it’s a good idea to interact with everything in the environment to make sure you’re getting all the money you can to buff your stats. You can absolutely specialize in certain stats, and there’s probably a path to victory through those alone. However, it’s also an option to keep things balanced and be a jack of all spades. In my playthrough, I tried to soak in as much of it as I could, so I definitely drank from puddles and touched every button.

Overlaying Betrayal at Club Low is the bizarre, dream-like world established in the Off-Peak games. The storytelling throughout is an enclosed, mysterious approach that confines your attention to what’s happening in front of you. In a way, it reminds me of Brendon Chung’s games, such as Citizen Abel: Gravity Bone and Quadrilateral Cowboy. It doesn’t make a whole lot of sense, so you can only rely on the characters to guide you through their world.

It’s also a rather short experience. My rather thorough playthrough fell short of the three-hour mark. However, that feels like exactly how long Betrayal at Club Low needs to be to successfully get its thesis across. While its approach to dialogue could absolutely be adopted into a longer game, an experience less focused on it would blunt the effect.

While I’m certain that the reliance on chance in Betrayal at Club Low will aggravate some people who think games should rely solely on skill, I personally feel it presents a new apex of RPG dialogue. It feels as convincing as any combat engine would and puts force behind those dialogue tree decisions we’ve been making since the genre’s conception.

It feels like an experiment, but beyond merely proving that its innovations work, Betrayal at Club Low also manages to be an entertaining experience. This, along with games like Citizen Sleeper, is raising my expectations for RPG dialogue. That it manages to present itself as a complete narrative and aesthetic package is mind-blowing. This is a game I won’t soon forget and one you shouldn’t pass up.