To paraphrase baseball’s most brilliantly nonsensical mind, Yogi Berra, it gets late pretty damn early now. This past Sunday marked the end of Daylight Savings Time, meaning that everyone — except the desert-fried residents of Arizona — have to come to grips with shorter days and the winter doldrums.

By the time most folks crawl out work, the sun has begun its sleepy descent. The moon slides upwards before the clock strikes six. It’s tough to rationalize the change. Things feel weird as the days get shorter and colder. Our schedules don’t change but the environment in which we do things does. For a few days, the transition to Standard Time makes everything feel a bit off.

It only takes about thirty minutes from sunset until the sky becomes black. And maybe that’s why I can’t help but think of Off-Peak this week. It’s the perfect game to play during the throes of Standard Time, just weird enough to feel alien and short enough to finish between the sun’s trip downward and the moon’s silvery ascent. 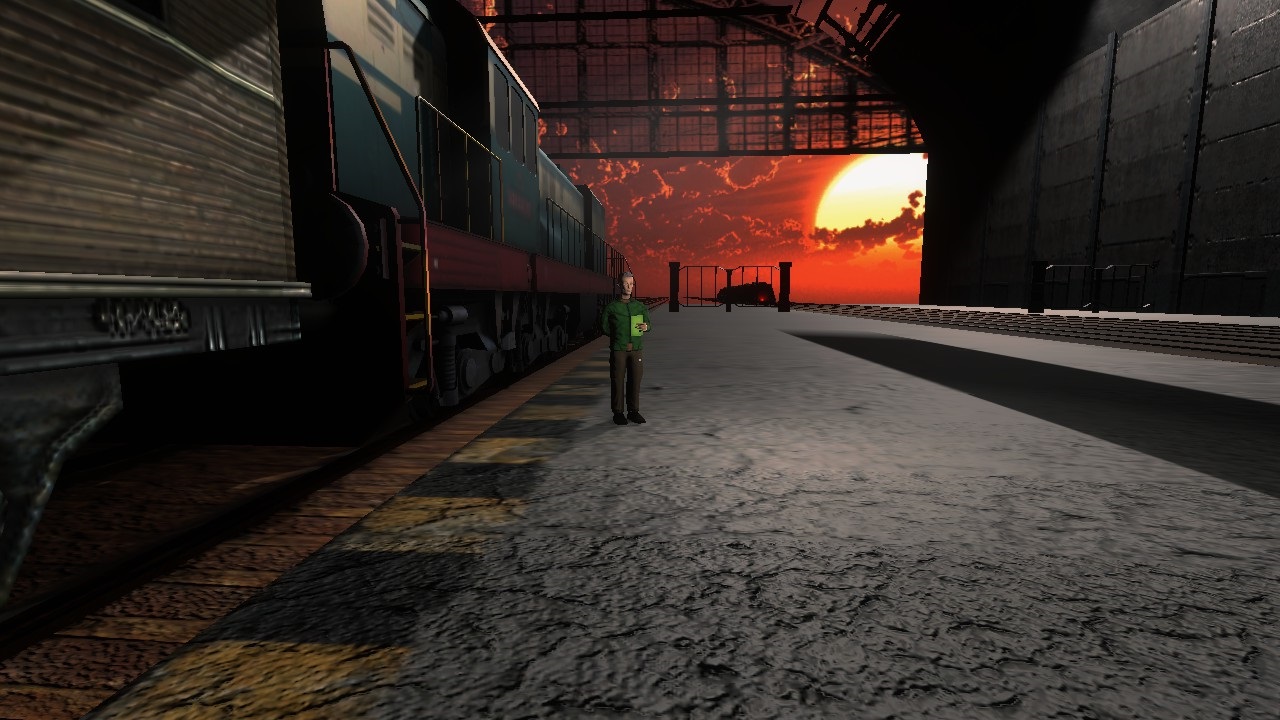 In Off-Peak, you’re stuck in a train station that looks as if it has been designed by an unhinged architect. To leave the station and continue your journey onward, all you have to do is track down the tattered remains of a train ticket. It should be simple — and in theory it is — but the station’s peculiar atmosphere and inhabitants have a way of distracting you with their uncanny behavior and manic musings. It’s a jarring, surreal game that does a lot to keep the player feeling comfortably lost in the box-like station.

The space should resemble something familiar, but that’s hardly the case. A massive whale hangs from the rafters of a ceiling painted to resemble a smokey galaxy. Bizarre decals adorn every wall, blending propaganda art and occasionally menacing imagery. Off-kilter characters haunt the station without ever seeming to go anywhere. Off in one corner, an oversized mushroom patch grows next to a ramen shop. Ethereal jazz plays incessantly, its bouncing grooves serving as the unofficial score to your train ticket scavenger hunt.

Moving through Off-Peak like walking through a dreamscape of pop art and tarot cards. Everyone you interact with speaks in languid half-thoughts. They don’t talk to you so much as they speak to the space that you occupy. Tales of circuses and music, train tycoons, and life in the city collide with the station’s mashup of decorative influences. Playing Off-Peak is like staring at a stereogram. It’s nutty and trippy, but the longer you look at it, the more its warped imagery makes sense. 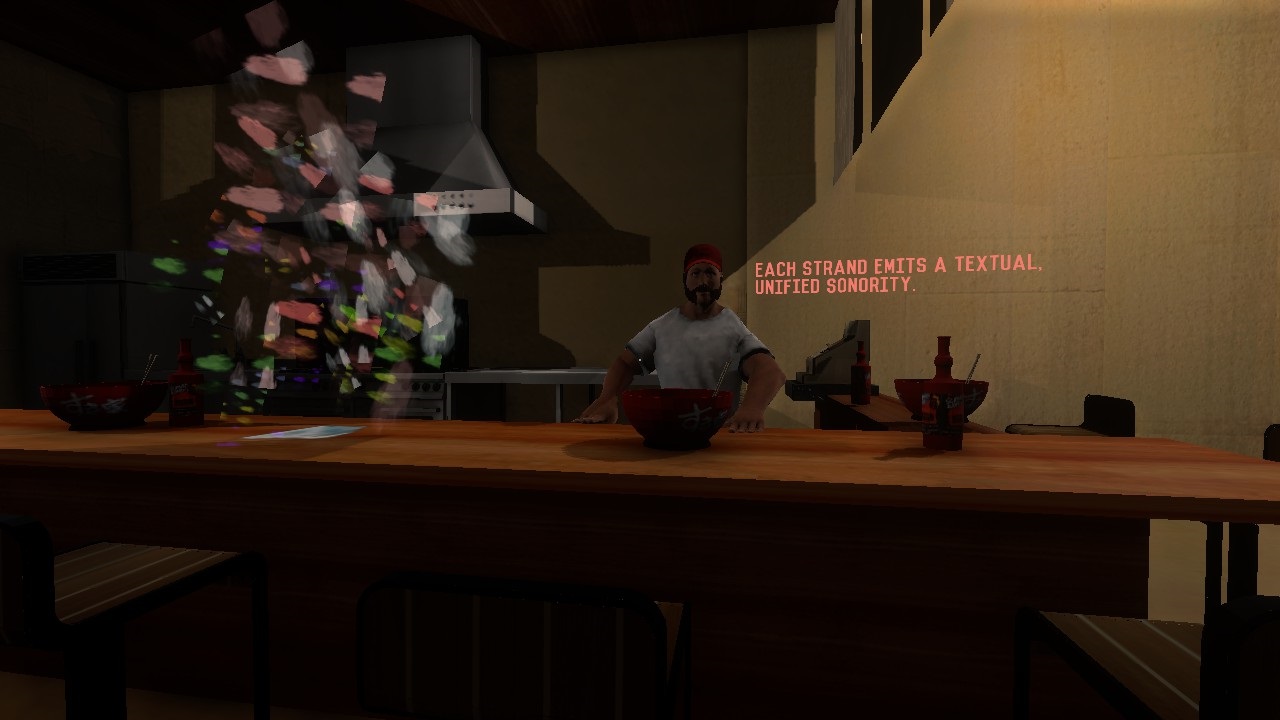 There are dozens of games that serve as companion pieces to certain seasons, but there aren’t many that can capture the perplexing feeling that comes with the start of Standard Time. Off-Peak, unintentionally or otherwise, manages to do this. When the days get shorter we struggle to adapt. There’s an angst that comes with the change, everything is shaken up before we’re ready to accept it and adapt. Much like the dizzying cacophony of Off-Peak’s relentless train station, the shorter days are uncomfortable at first, but before you can stop and really take stock of what’s wrong, it begins to feel natural.

Like the short days that signal winter’s approach, time passes strangely in Off-Peak. It takes about twenty minutes for a single playthrough but it can feel like two hours. Stopping and engaging in conversations, digging through records and sheet music, or eating a few subterranean cookies only take a few seconds each, but they feel so much longer. Exploring Off-Peak‘s nooks and crannies plays tricks on your senses in the same way that your mind feels the day’s missing hour like a phantom limb. 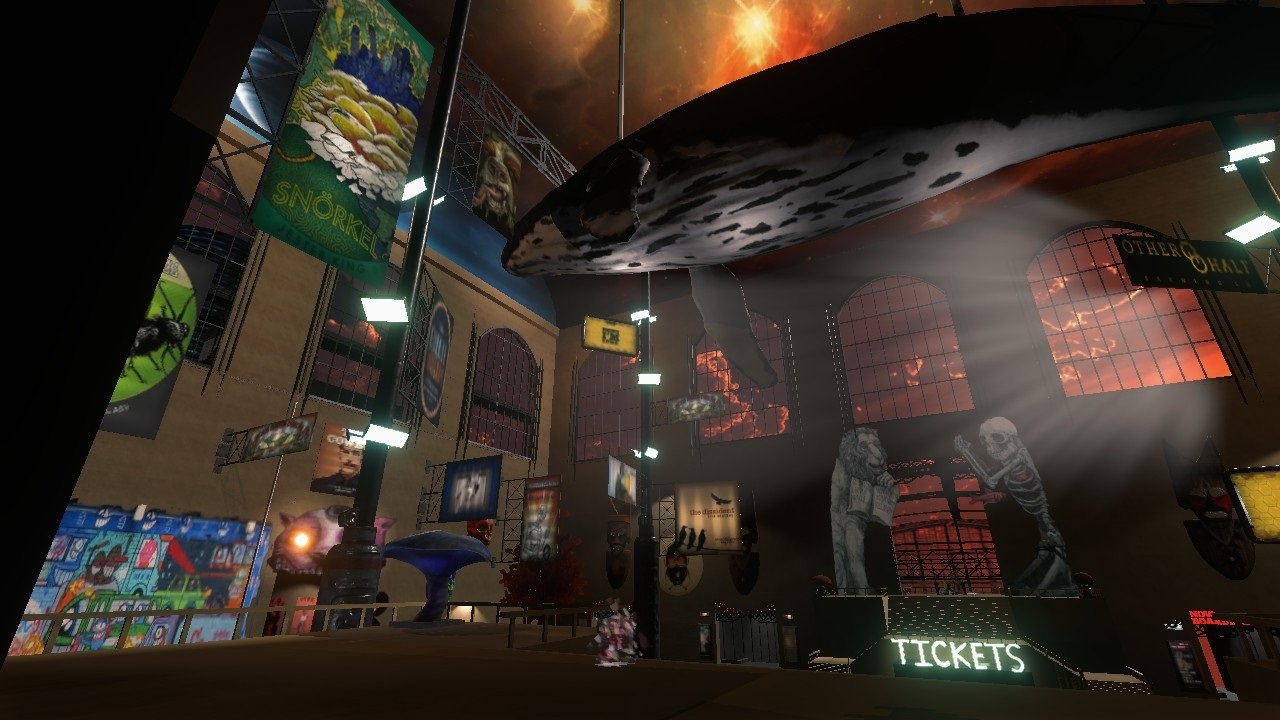 Most modern games tend to shoot for the moon when it comes to delivering explosive, action-packed experiences. Off-Peak bucks this tradition, turning and moving in the other direction. Off-Peak is a game about getting lost even when you know where you are. It’s understated in its gameplay and oppressive in its atmosphere. Parts of the game are strange yet familiar while others defy any explanation.

It’s the best game about nothing. It’s the worst game about locomotives. Off-Peak is the perfect game for this confusing time of the year.