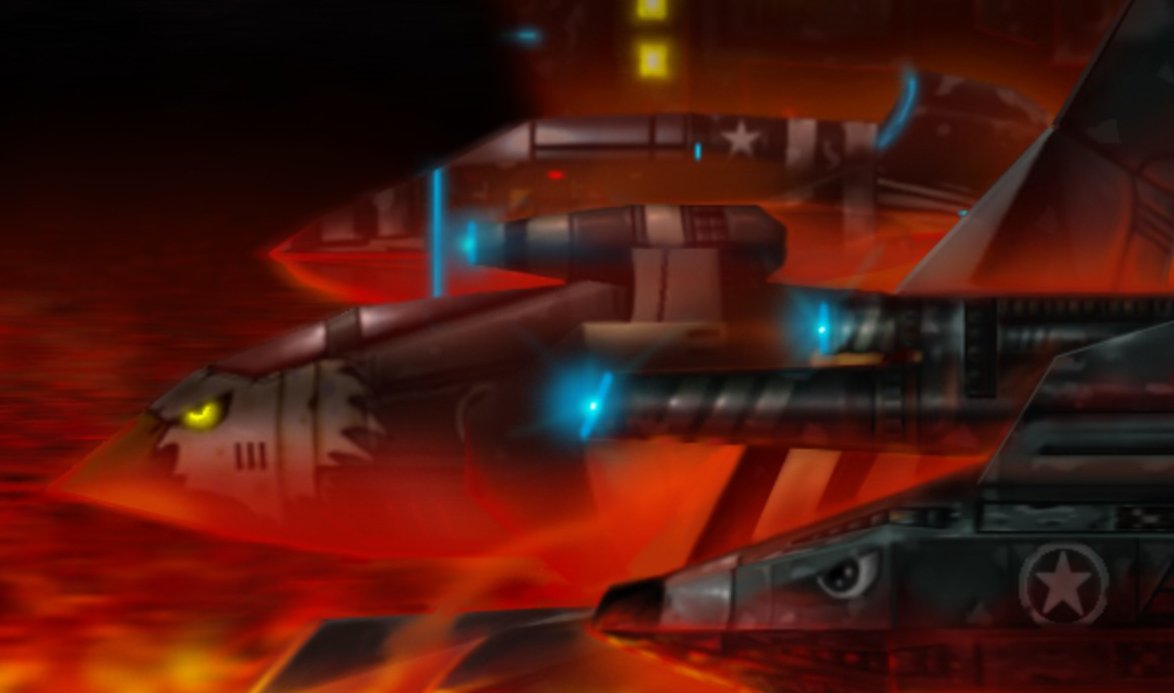 In space, every war is a cold war

If you split my head open and dumped out all the individual ideas and nonsense that clutters up my mind into one of those kitschy word clouds, I know what terms would stand out in bold.

So, based on the comments of my skull, Battlezone 98 Redux would seem like a perfect fit for me. It’s a remaster of a PC gaming classic stuffed to bursting with my particular brand of sci-fi Cold War fun. An intriguing mix of shooter action and lite-RTS management in a world where you can rally the communist red soldiers of the red planet to do battle against American eagle hover-tanks. Slam dunk right? 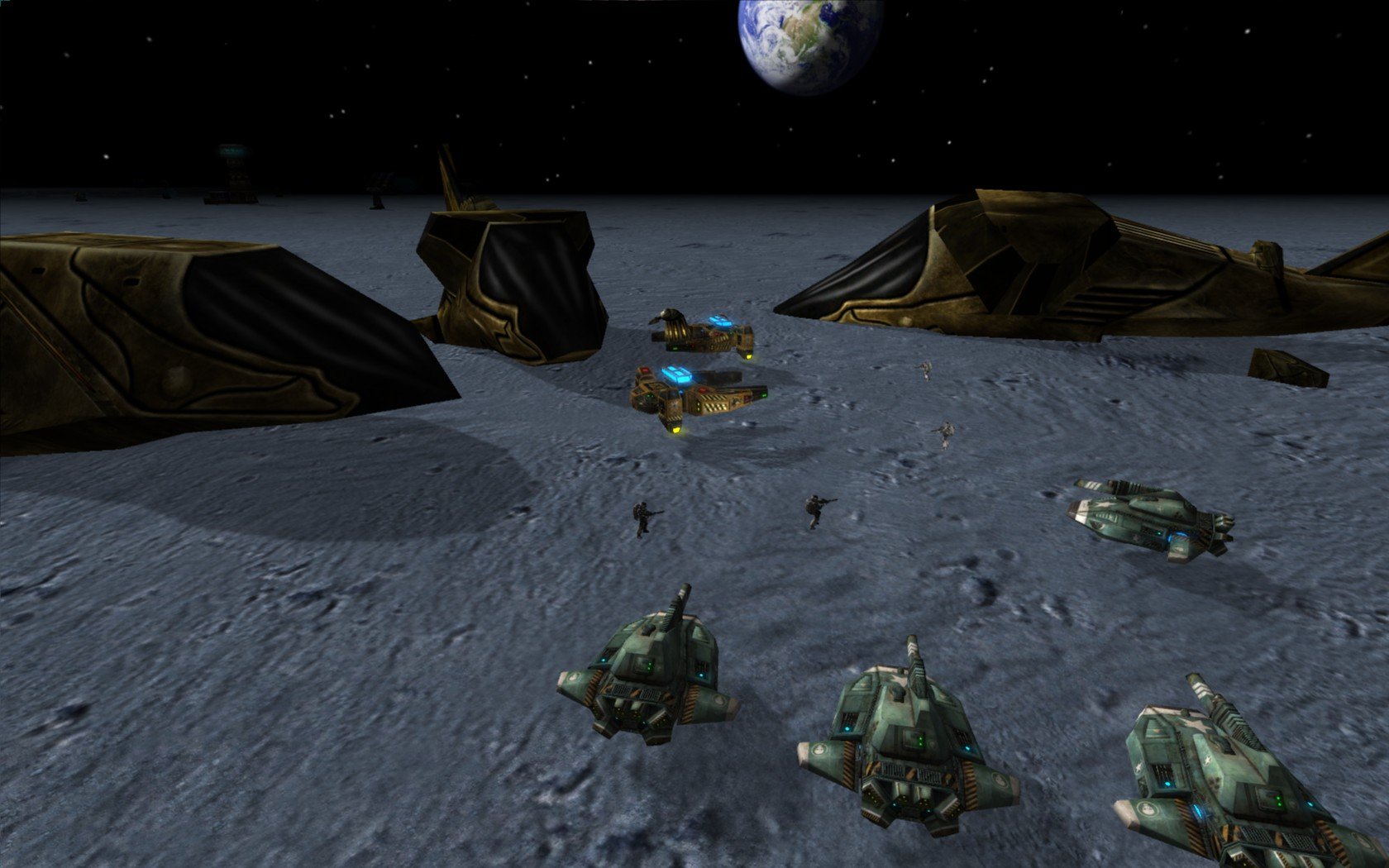 A lot of Battlezone 98′s appeal is as a nostalgic throwback to the cult PC classic. There is an audience out there of die-hard fans that look back on this game the same way other people look back on Half-Life or Deus Ex, as an incredibly influential and satisfying game that informed their tastes for decades to come. Reading some of the other thoughts people have had about Battlezone 98 Redux, it’s clear that the original was a game that really resonated with them.

Sadly, I’m not one of those people. I never played the PC classic during its heyday, I don’t have a padded cushion of nostalgia and familiarity to soften the blows. To me, I see a game that was probably great back in the day, but has aged as gracefully as a poster for Saving Private Ryan left hanging in a convenience store window. Faded and burnt by the sun, decorated with a crude graffiti drawing of cartoon dick jutting perilously close to Tom Hanks’ face. A game with some great ideas that likely hit harder in 98, but also some terrible flaws that have only gathered rot and potency with time.

Battlezone 98 is unique in that it manages to blend first-person-shooting action with RTS troop management. Yes, you’re in the cockpit of a hover-tank, taking potshots at the reds with your cannon and filleting service men with mini-gun fire. But, you’re also assigning building orders to you’re mobile factory, ordering friendly tanks to defend scavengers mining for ore, calling for back-up when the need arises.

To its credit, Battlezone 98 manages to make this tricky combination work better than most games that attempt it, quite a feat for a title coming up on damn near 20 years old. Commands are handled with a few quick button presses while never halting the tank action. Open up the unit menu with tab, leaf through the options with the number keys, return fire on some Soviet scum, and tell the factory to pump out another Scout tank while strafing to (hopefully) avoid some incoming shells.

It’s a decent system, but not without it’s flaws. Units like defensive turrets, mine layers, and more complicated bases that have multiple building units competing for a power source (building need to be deployed over a natural geyser or alternate power source to make anything) still require specific movement commands that can’t be accurately issued over a distance. Despite the fluid nature of the order system, you still need to take frequent breaks from the action to come back and finagle with units manually to succeed. And succeeding is easier said than done.

Old-school gaming purists will note with some pride that Battlezone is an oddly punishing game. Make a bad decision, leave your metal Recycler (basically home base) or other crucial unit exposed, miss a few too many shots, and you can bet the scheming Soviets or arrogant Americans (depending on which campaign you’re playing) will wreck your shop right quick. 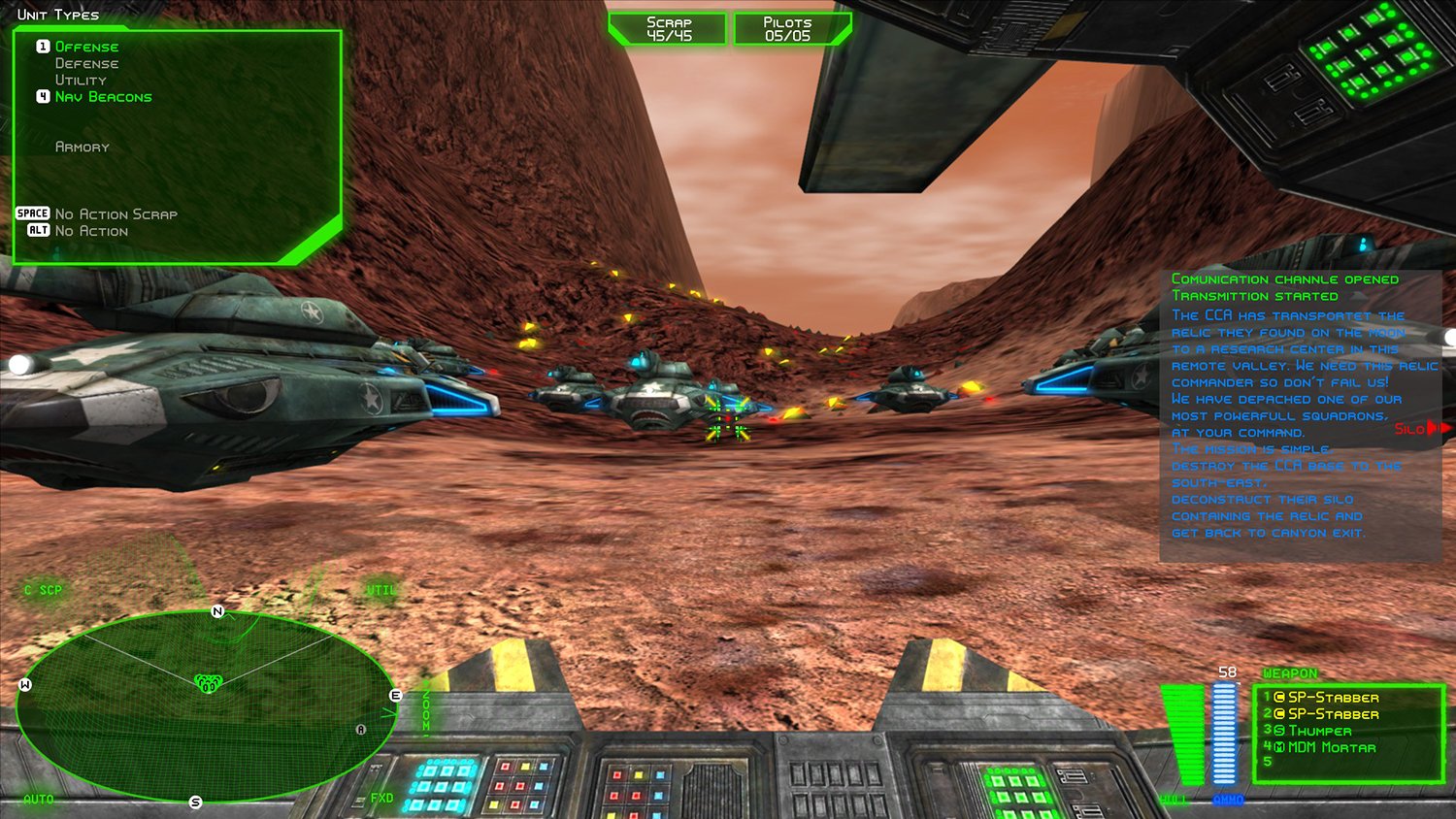 The problem is, this isn’t the fun kind of difficulty that spurs you into trying again right away. It’s the asinine kind of difficulty that punishes the player for not being psychic. The kind of difficulty that relies on a lack of options in combat that reduce most encounters to DPS slap-fights. Mostly it comes down to strafing and hoping the enemy AI is merciful and chooses to miss a few shots (while a blessing, it does peel back the curtain to revel the kind of pantomime fighting at play when an enemy tank perfectly bulls-eyes you five times in a row only to inexplicably send the sixth shot into the stratosphere).

It’s the kind of difficulty that encourages one of my least favorite aspects of old-school PC gaming — save-scumming until you get it right.

There is very much a push towards poking and prodding at a level until you memorize the main enemy routes (there is some randomization at play), the beats of the mission, and optimize on those conditions. It’s hard to feel like a bad-ass space General conquering the the sands of Mars when it comes at the expense of four or five trial runs to figure out the perfect trap for the enemy. 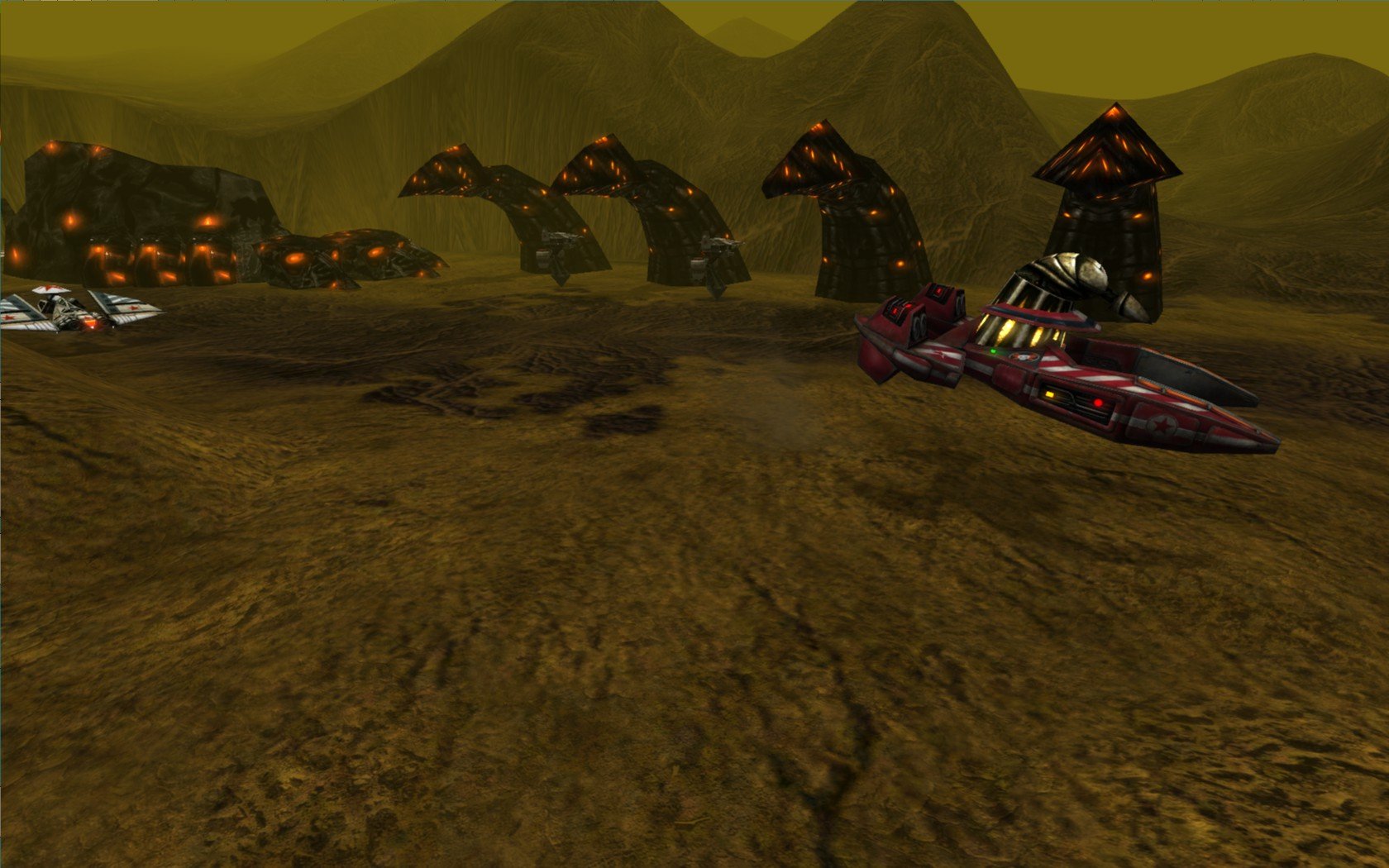 For example, a crucial base ability is the Armory unit’s catapult. It can generate and sling munitions and repairs far into the field to help you out. This is an all but essential lifeline. Enemy shots do loads of damage and you will need to repair or swap out vehicles on a regular basis. Every gun and weapon in your arsenal feeds from the same generic ammo source, which makes ammo conservation impossible (it also makes fights boring since there is rarely a reason to use anything but the most damaging weapon in your kit), so you’ll need to re-supply frequently. The catapult is expressly designed to let you do this while still achieving the objective.

Too bad it takes FOR-FUCKING-EVER.

I timed it out. From 1800M, a fairly standard mid-mission range, it takes just under TWO MINUTES in real time for a supply pack catapulted from the armory to reach your position. You could run back and re-supply manually in much less time, but there are frequent situations where getting out of position can mean defeat.

Since it is impossible to re-supply in a timely or tactical manner, you need to plan ahead. Like the Wyld Stallyns rigging up trashcans and booby-traps with their time warping mischief, succeeding in Battlezone means trying, dying, and re-starting missions until you know exactly when and where to drop supplies in advance. I haven’t put so much effort into timing a delivery since trying to get Domino’s to sync up exactly with the end of Friday classes in college.

Oh, and just in case you didn’t think this was enough of a hassle, keep in mind that your wingmen also consume ammo and will run dry. Trying to schedule supply runs among five or six different tanks using num-pad controlling is a trying enough test of patience to make the Dalai Lama pitch his keyboard through the monitor. 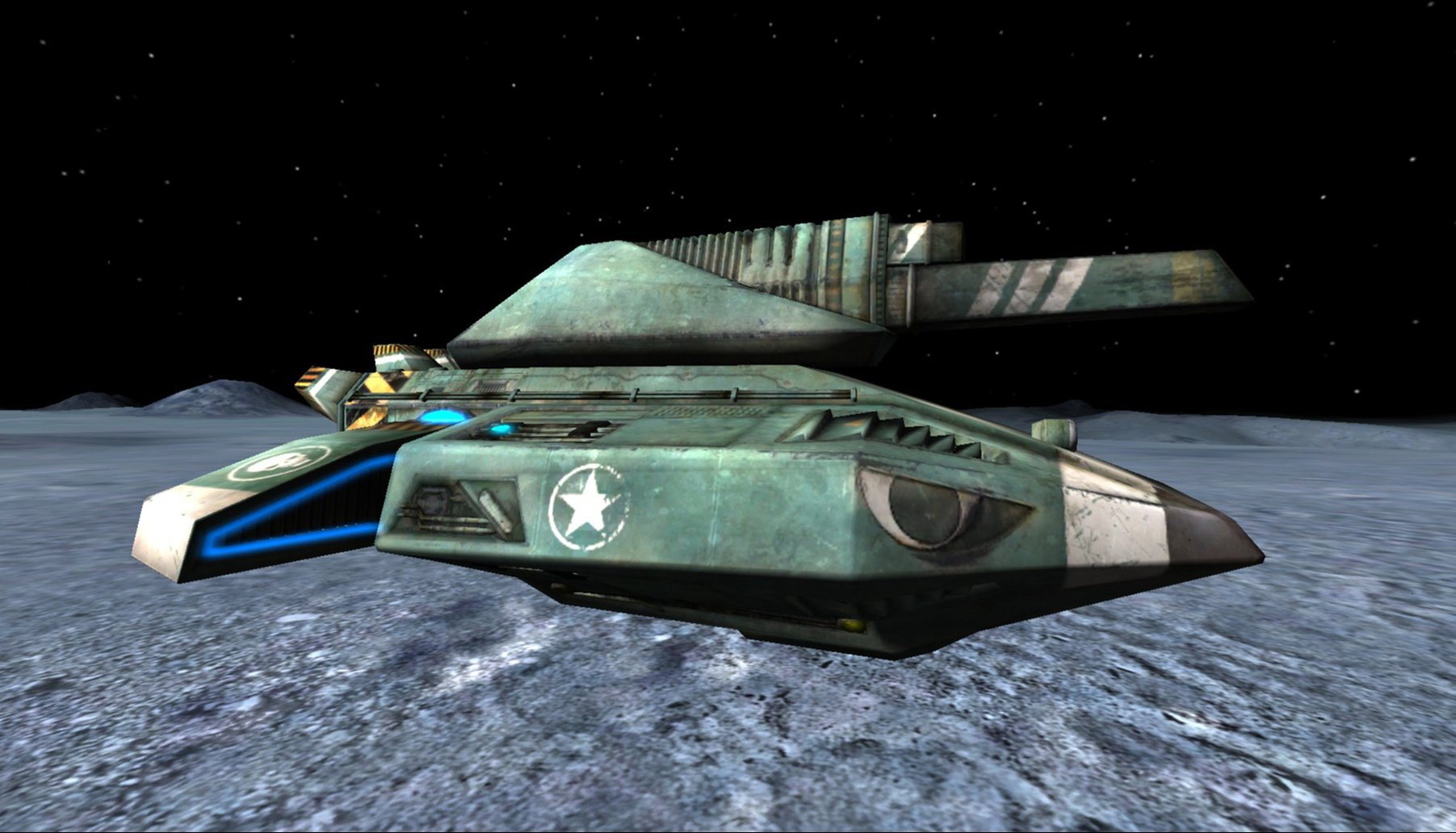 Battlezone 98‘s old-school sensibilities are a big part of its charm, but also a source of frustration. I realize games of that era relied on instruction manuals to do a lot of the tutorial work, but when remastered and re-released, that info should really be available in the game in some form or another. I got stuck on a mission that required me to manually blow-up and eject my tank because the button combination to activate self-destruct wasn’t listed in any of the options or tutorials.

Instead, I had to hop out of the game, toss “how 2 eject in Battlezone 1998” into Google and dig through a delightfully ancient looking site for the info. Kind of charming as a throwback to the good old days of puzzling through inscrutable PC games by mis-using the school library’s internet connection, but I work a full-time job now. The appeal of chasing this kind of info down has lost its luster. 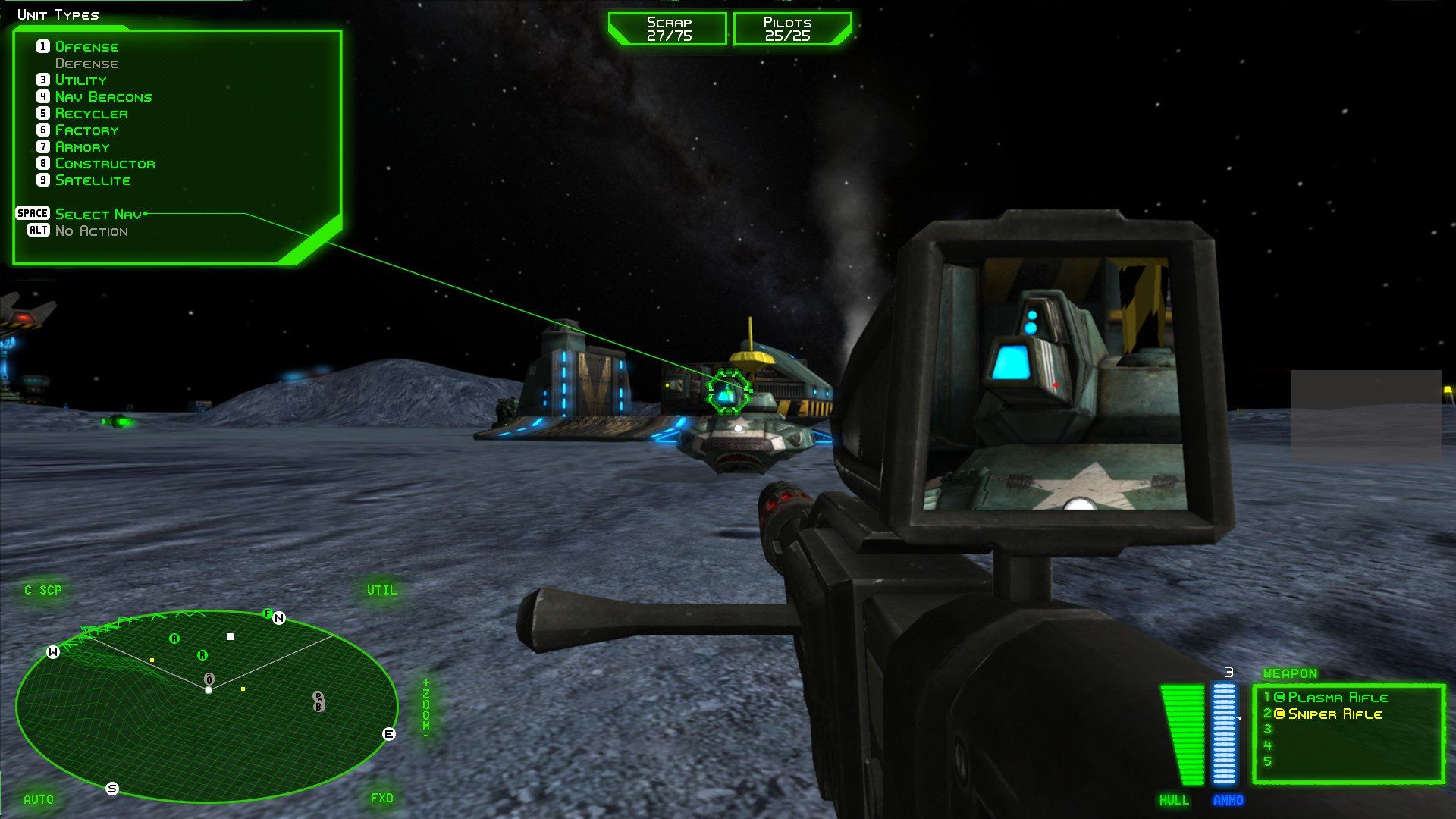 That tension between nostalgia for the old days and the actual experience of playing the game today is at the heart of my struggles. I can see why so many people are fond of this game, and If I had played it in 1998, I’d probably have a moderately regrettable tattoo of one of the units somewhere on my body. If I played this in 1998, I’d have probably written several rose-tinted features about it as a gem ahead of its time.

But I didn’t. I played it in 2016, and what I experienced was a game with some phenomenal ideas, a surprisingly advanced RTS component strapped to a somewhat mediocre shooter, and a lot of frustrating quibbles.

This is the kind of game where the people who are going to play it and love it already know they are going to play it and love it. If you have treasured memories of liberating Venus from the filthy capitalist pig-dogs in 1998, feel free to call me an asshole and just go and enjoy the game. If you missed it back in the day and are toying with giving it a try for the same reasons I did (soviets on the moon with flying tanks), you can probably take a pass and not miss anything.