I have always loved playing as The Bat. The Dark Knight lends himself well to video games, despite the fact he has starred in so many terrible ones. Recent years have been kinder to the character, however, as developers have finally nailed the template of making great games telling stories of Batman’s insane, unending crusade against those who would bring harm to the people of Gotham City.

Following last year’s Children of Arkham story arc, Telltale Games have returned with another yarn based around philanthropist Bruce Wayne and the war he wages among the opulent high-rises and grim ghettos of Gotham City. A war that he will finally admit he cannot fight alone, and that will force him to turn to some very questionable allies. 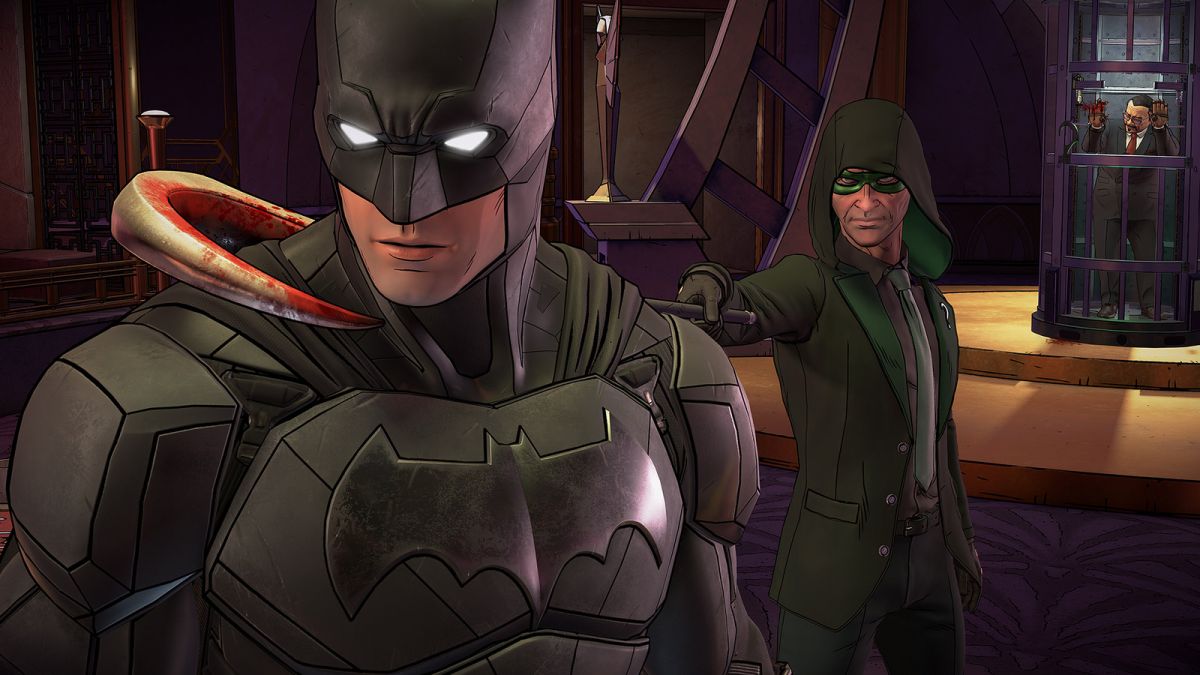 Bruce Wayne is struggling to come to terms with the revelations of last season. The news that his father was a master criminal overlord, as well as the incarceration of his former friends Harvey Dent and Oswald Cobblepot. On top of this is his guilt over the near-death situation that befell his faithful right-hand man, Alfred Pennyworth.

Crime rests not for such mental duress however, and a standard reconnaissance mission at a casino turns into a violent encounter upon the arrival of Riddler, a criminal, long-thought dead, from Gotham City’s past. This encounter will leave Batman with a mysterious puzzle box, and the threat of master plan that will bring chaos and death raining down on the city.

As if this tickling clock wasn’t enough, Batman will face opposition from shady governmental figure Amanda Waller, arriving in town to clean up what she sees as incompetent local police work. Waller and the caped crusader naturally eye each other with suspicion, despite Wayne’s admittance that she does have the potential to become a powerful ally.

The first episode of this new season does an excellent job of setting up the narrative arc of the story ahead, whilst still having a neat, self-contained case that requires solving. The now well-versed Telltale mechanic is in full-effect, with point-and-click adventuring sitting alongside quick-time action scenes and morally-grey decision-making.

It has been a long-time since I last visited a Telltale game, and needless to say nothing seems to have progressed from a technical standpoint. It definitely took me a while to adjust to the awful lip-syncing and clunky animations, but I soon fell back in love with the great dialogue and taut drama that the Telltale games are famous for.

I still feel that these games just “play themselves”, with you merely watching extended cut-scenes, picking dialogue options and occasionally performing perfunctory QTE button-presses. But that is what these games are, it goes with the territory, so to speak. The game is essentially just a digital version of a Choose-Your-Own-Adventure book, albeit one with moving images and a shit-ton of added guilt. 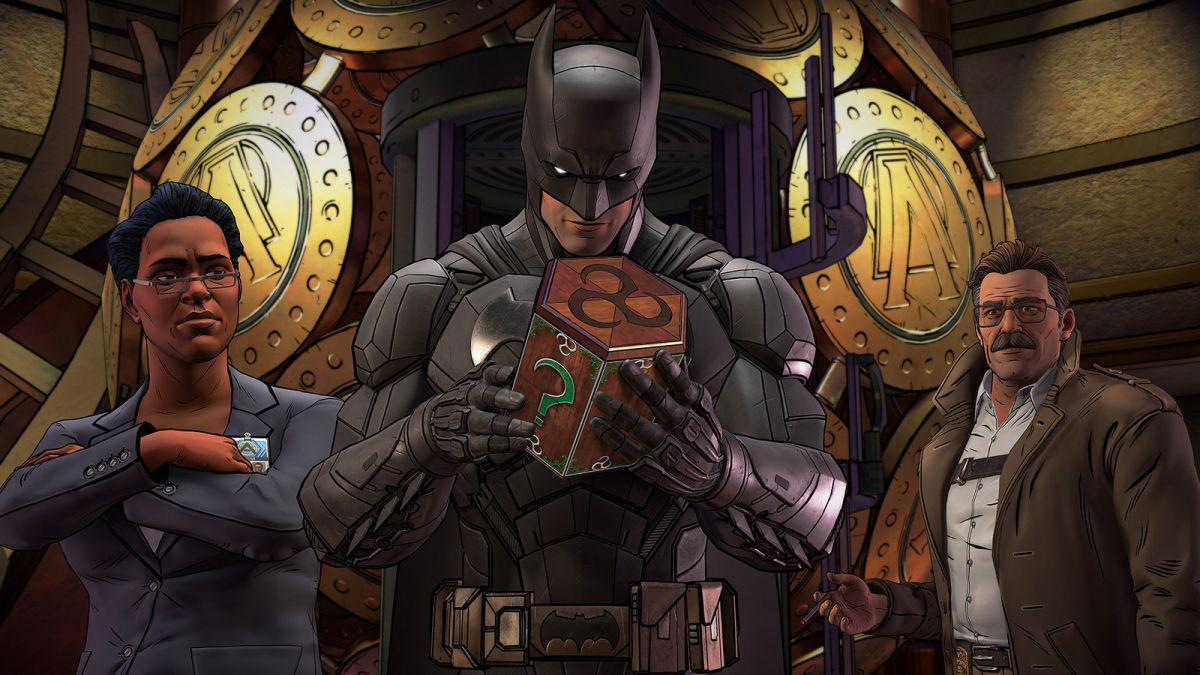 Ultimately, I choose to review games of this genre on how captivated I am to play, which comes down to the series narrative, events and performances. In that regard, I thought The Enigma was solid. I’m really into the concept that after playing as Batman for all these years, we finally get to play as Bruce Wayne, trying to keep prying eyes away from his identity, whilst lending moral support to the few friends he has. I already feel a kinship with the characters, both newcomers and returning faces, which is testimony to the writers and voice-actors, given the games flat, occasionally awkward visual style. There is one scene, taking place in a church, which I was enthralled with, and that alone sold me on future episodes in the season.

Despite being essentially a mere setup chapter, The Enigma did an excellent job of introducing me to the Telltale take on the Batman universe. I was quickly brought up to speed on past events and then given the opportunity to indulge in some basic puzzle-solving, decision-making and bone-breaking. Importantly, I was taught a sombre lesson about the free rein Telltale has been given by DC Comics to “Do what you will” with its cast of legendary characters.

Anyone who isn’t a fan of the “Telltale interactive story” style will find nothing at all here to change their mind on the genre, but fans of previous games will find themselves thrown into yet another adventure filled with questionable loyalties, tense confrontations, morally-grey decisions and that ever-nagging thought that maybe, just maybe, you should have turned left instead of right.