Back in 1995 is a bad game made with good intentions; a recreation of classic survival horror and analogue limitations through rose tinted glasses and the haziest of memories.

Towards the end, there’s a message from the developer about why we play old games and how we project our younger selves onto these little bits of plastic, and while it’s a wonderful and thoughtful read, it’s all conveyed through an experience completely devoid of challenge and excitement.

I’m not even sure if they’re aware of this, but 1995 is a contradiction of itself and everything it’s trying to emulate. 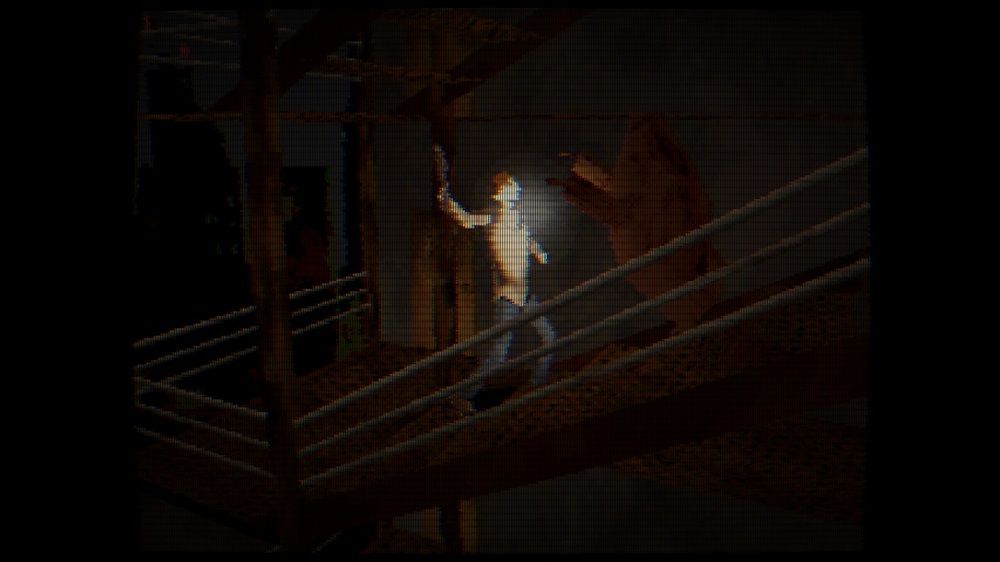 Back in 1995 tells the story of Kent, a guy trying to reach a radio tower in the middle of a post-apocalyptic city. Across office rooftops and skyscrapers, he must battle monsters from another dimension and help out the last known survivors around because, well, reasons. Even with a basic premise, Back in 1995 is a confusing mess of narrative, where nothing is set up and there’s absolutely no payoff for your efforts; everything just is.

It’s bad storytelling, and as much as the developer explains how it doesn’t really matter later on, it goes against their message of nostalgia being fuelled by personal investment. Now, you could say, survival horror plots were just as bad or intentionally vague, but when you look at Silent Hill, your interpretations are actually seeded between some very clear plot points. Back in 1995 is the complete opposite of this, making the player detached and uninterested. Nothing about it is remotely compelling. If wasn’t for the leftover achievements, I suspect many wouldn’t even attempt the secret NG+ and discover the real ending or its meta-commentary.

As a survival horror game, it’s playable. Not broken, just bare boned. The formula is intentionally retrograde, with Kent running on surprisingly smooth tank controls, and the player needing to explore rooms, solve puzzles and ration supplies. Except there’s no challenge involved. Supplies are plentiful, combat is easy, and the puzzles are three-digit combination locks that can easily be forced.

The monsters are uninspired clumps of polygons and stretched textures, with the most common looking like flying roast chickens or sweet potatoes with arms drawn by a child. Again, you could argue it’s because everything is low-res and supposed to look like that, but Alone in the Dark managed to display demons and pirates through similar technical limitations. Combat-wise, you can get away with hitting every monster with a wrench, stun-locking them in the process, as each one lines up to take their turn.

There was a point where, upon finding the shotgun, a giant mass of flesh and bone dropped from the ceiling. It came across as a real step-up, where the game finally kicked in and gave me a challenge. Only that never happened. The monster forgot I was there, turned around and got stuck on some chairs, before three shotgun blasts ended its existence. The monsters are just throwaway obstacles with basic AI and tiny cones of vision; not intimidating or tough enough to create tension and drain supplies. 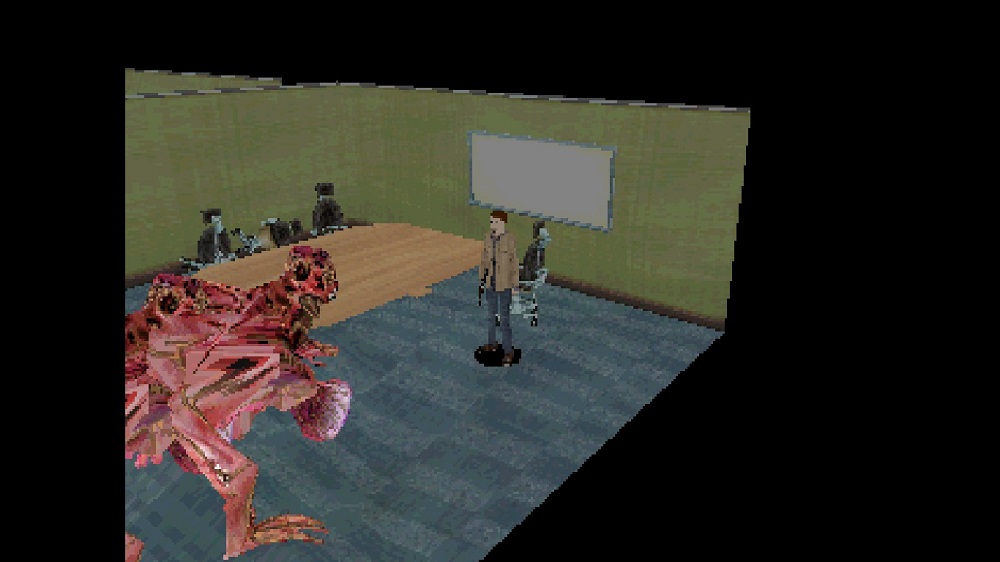 Back in 1995 is a simulacrum of survival horror, a copy of a copy that completely misses the point. And that also extends to its major selling point: the emulation of PSone/3DO graphics. 1995 does an overzealous job of this, going too far with its gimmicks. The PSone suffered from stretched textures on low polygons, but here, that memory is somewhat exaggerated, leading to these grotesquely formed 3D locations. It isn’t exactly helped by the lack of art direction and sound. For the most part, it’s a silent, beige and pale blue world.

There’s an option to play the game through “CRT with noise”, “CRT without noise”, or without any analogue effects. The former is so heavily modified that it’s almost unplayable through a lack of detail. Sure, we take the HD-digital age for granted, but the old tube wasn’t unwatchable, either. What’s supposed to be charming and evocative comes across as misguided, misremembered.

Though unintentional, 1995’s real success is that it brings to mind every second-rate survival horror game ever made. For every Resident Evil and Silent Hill, there were a dozen more in the form of Overblood or Hard Edge/T.R.A.G. Some were surprisingly good, most were outright bad, but all of them reminded you why the originals were so special, why we consumed their pretenders, and why we keep their legacies alive by talking about them on forums to this day. 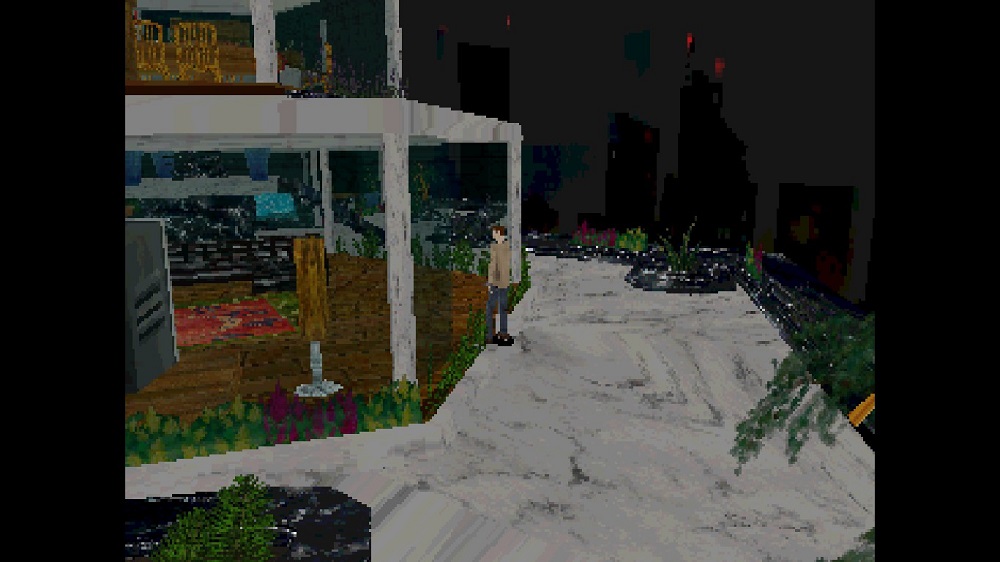 Meta or otherwise, those originals have stood the test of time so well that they ultimately render Back in 1995 redundant. Now, I loved its closing statement, enough that I had to bring it up in this very review and re-evaluate the score, but that same statement comes with a price tag. And honestly, what’s the point of the questions being asked, if you can easily reconnect with the games it evokes, just by searching your garage or attic? What is its purpose if other better games exist? Why have a hamburger when you can have steak, right?

Of course, that’s something up for debate. Another time, perhaps. As it stands, and as a review of a product, Back in 1995 is a gimmicky curiosity, not unlike its graphical approach; flat and askew, with some semblance of structure if you squint between the lines.