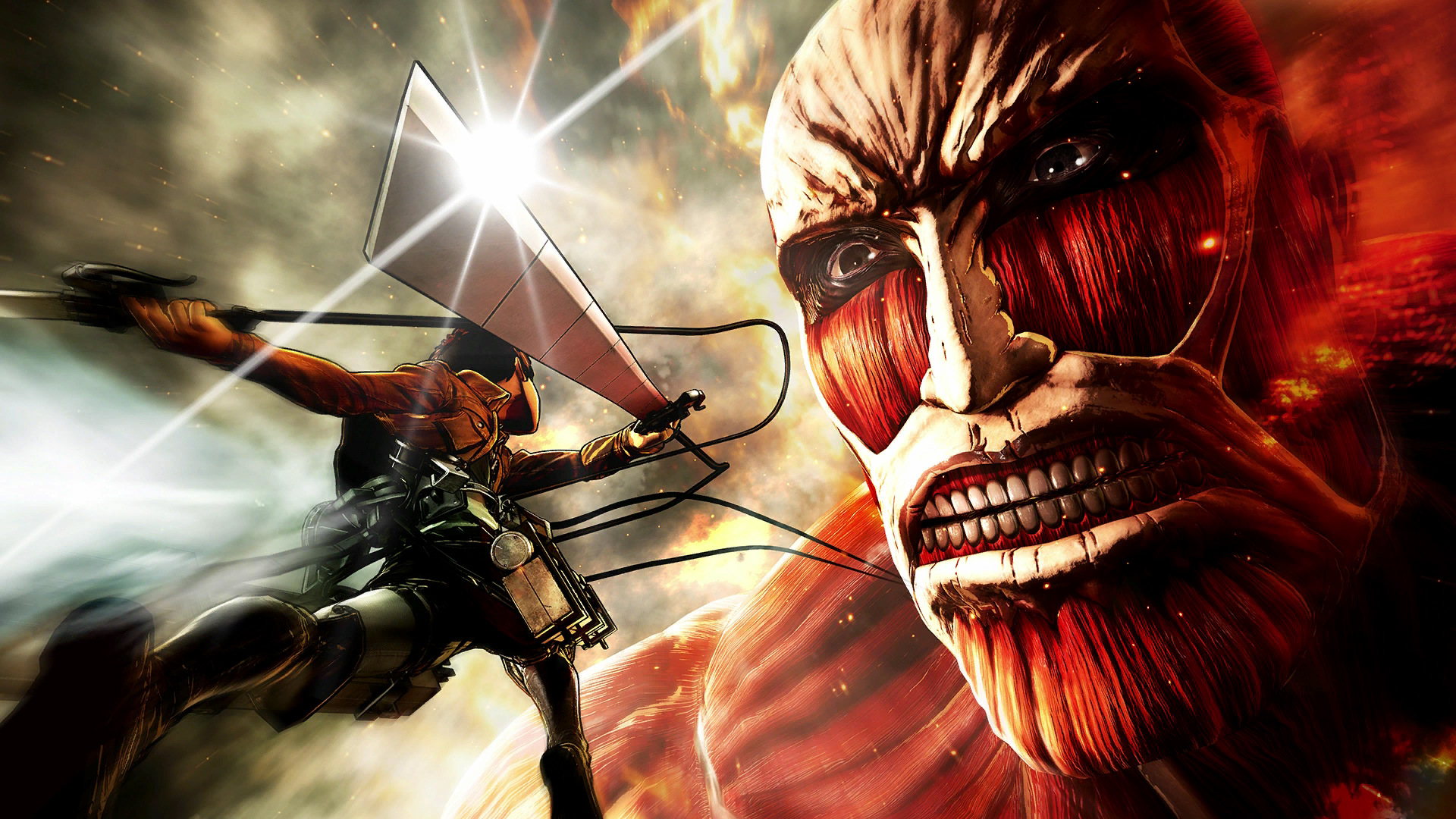 Attack on Titan got really big really fast after the anime debuted, and it didn’t take long to reach its saturation point. I mean, the show gets decent near the end but there’s so much wasted time before that, and even the manga (which is now expected to run through at least 2018, jettisoning the original plan to kill off everyone early on — which I now call Homeland-ing) can only go so far with the premise before it starts retreading the same plot points.

The second season of the show promises more revelations, but given that it’s coming in spring 2017, you’ll have to deal with more retellings of the Battle of Trost until then. That includes the newest release from Omega Force, cleverly titled Attack on Titan, which manages to cut out a lot of that filler and get straight into slicing and dicing fools. 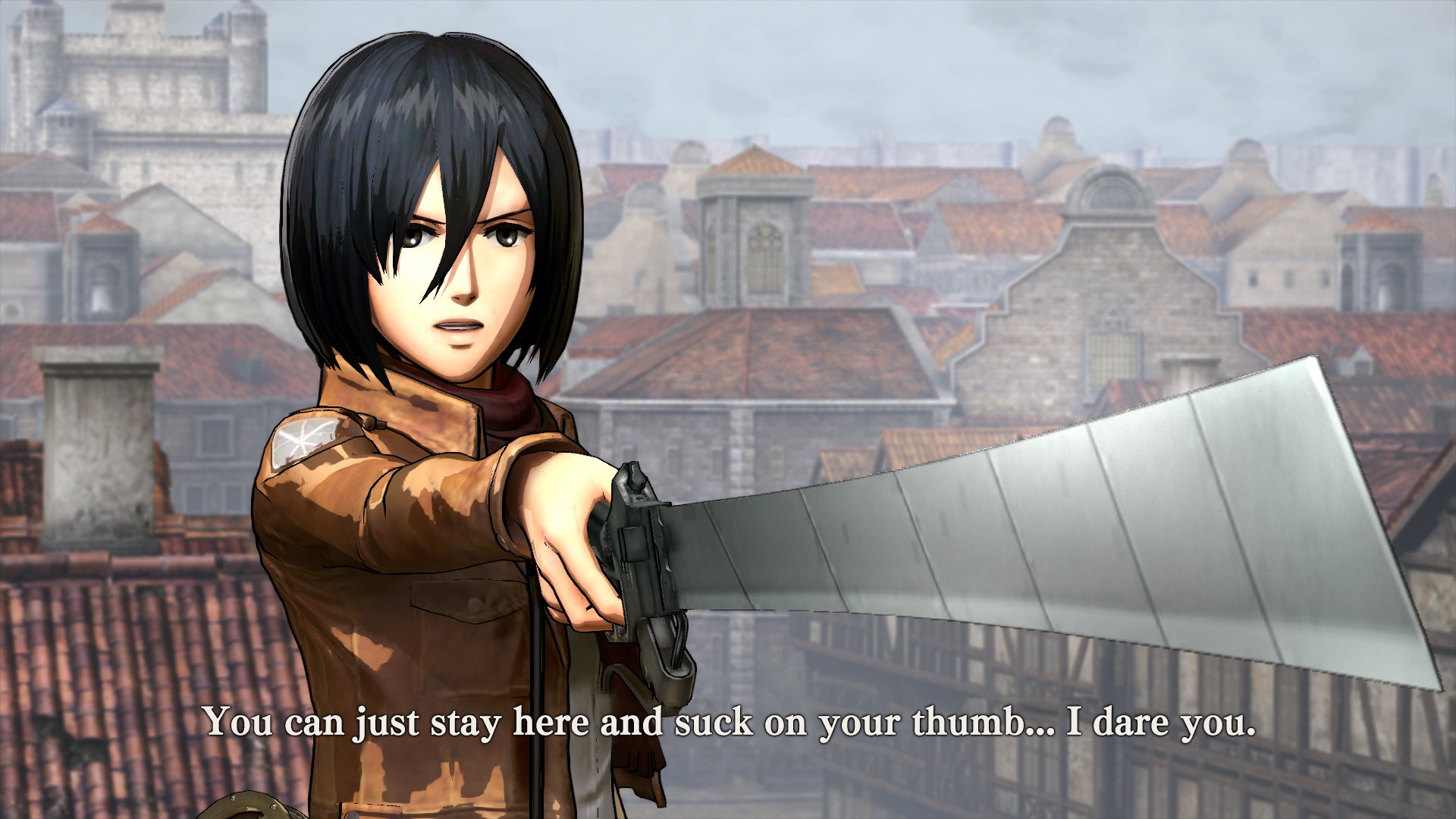 [For the sake of my sanity (and clarity), I’ll refer to this iteration by its European subtitle, Wings of Freedom from here on out.]

Wings of Freedom starts as most Titan tales commonly do — the destruction of Wall Maria — before jumping to flashbacks in various points of time, framed around Eren Yeager, a young boy who lost his mother to the Titans. For those of you who don’t follow the show, Titans are mysterious creatures (whose origins are hinted at in various media, but I won’t spoil that here) who eat humans. Humanity elected to erect walls around a massive capital, cowering behind them. But a small group of soldiers (comprised of several squads) don Three Dimensional Maneuver Gear and fight back directly with blades, taking the Titans out by slicing up their only weak point — the napes of their neck.

That gimmick is the crux of the game, and makes for one of the best unintended Spider-Man titles in years. Swinging around like a maniac and jetting across a map is a thrill, and sometimes I’d head into the freeplay mode just to mess about. It’s pretty easy to initiate too as it’s all tied to an anchor button (Square), with the option to re-anchor at will (either to a piece of terrain or an actual Titan, with optional lock-on assistance) or boost ahead. Actions like dropping 50 feet and then re-anchoring just before you hit the ground look as cool as it plays, especially when your AI teammates actually feel useful and actively participate in the carnage.

But there’s a big caveat — you need to constantly manipulate the camera with the right analog stick to stay sane. If you’re used to this type of thing due to years of training with old-school mascot platformers and the like (or have mastered the claw controller technique), you’ll be fine, but the camera is going to piss a lot of people off. I can’t stress that enough. If you’re not accustomed to it, you might feel like flinging your controller against the wall. I did notice some frame rate drops when there’s a ton happening on-screen, but nothing was too major.

While I was afraid the campaign would mostly consist of city-scapes, I was glad to see that wasn’t the case. The main focus is on outdoor, open-ended maps with many different types of Titans, including some large-scale boss battles with “Abnormals,” atypical monsters with special qualities like armored skin or molten body types. Online co-op for freeplay is in, and yep, there’s RPG elements like stats to build, very small hubs to chat in, materials to acquire, and items to grab, but the system isn’t nearly as compelling as Omega Force’s past work (Hyrule Warriors pretty much nailed this). I was happy to take this ride until the end of the road, but I probably won’t be sticking around for weeks.

The thing that is most amazing about Wings of Freedom though is how faithfully it recreates the look of the show. Even the completely new zones feel like they were crafted by the same animators, and taking out Titans and having your character soaked in blood is a great effect. But the same shonen-heavy tone carries out, which will feel completely alien to you if you don’t watch or are remotely familiar with anime. There’s very little that’s actually revealed over the course of the game, and even the snippets of compelling drama aren’t translated well in favor of focusing on the action. I wouldn’t necessarily say that you need to watch the show to enjoy it, but knowing the nuances of the cast and their motivations can help you get more out of it.

Then there’s the issue of subtitles. Not only is there no option for an English dub, but the game is often so hectic that it’s hard to read the on-screen text. I don’t mind subtitles in the slightest for just about any game, but flying around with the Maneuver Gear and trying to read a pivotal message is much harder than doing it on foot in a typical Warriors game. 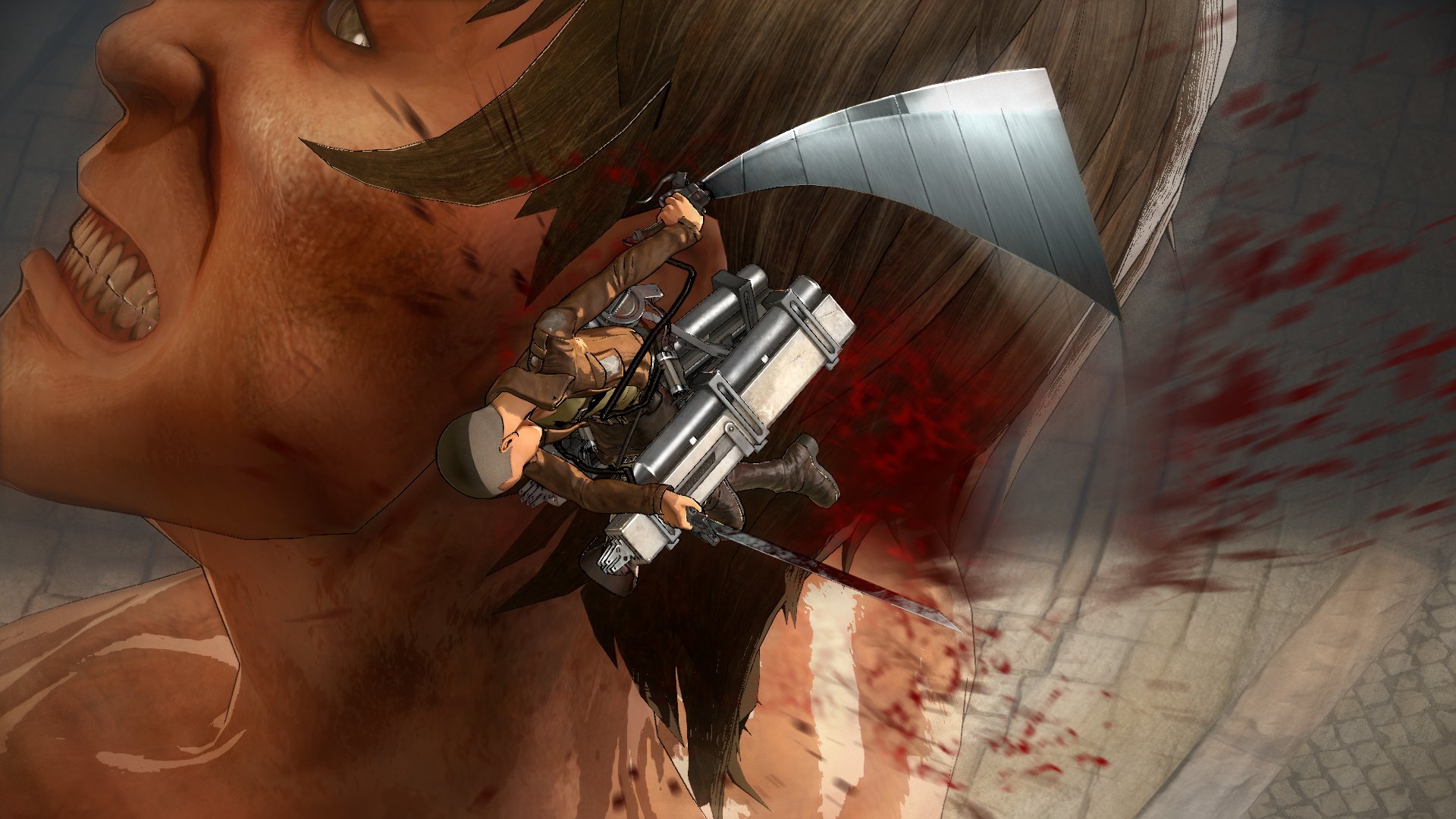 Keep in mind that even though you’re not battling “one million troops” at once, Attack on Titan still sticks to tried-and-true Omega Force sensibilities. It has light RPG elements, but it’s still a hack-and-slash, and those of you who aren’t down with Warriors games will probably get bored after several hours.