Well you got it! And not much else. 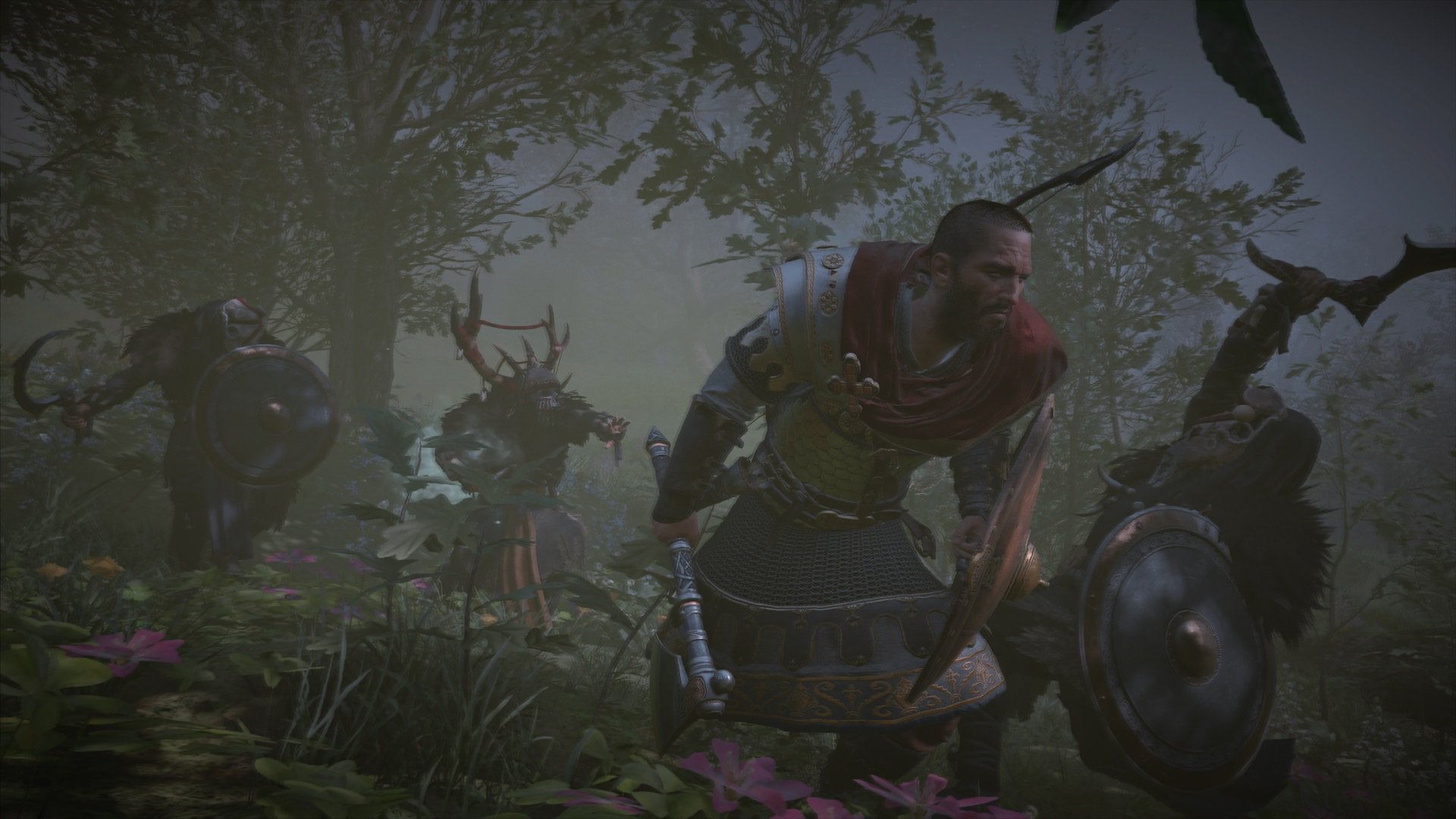 Assassin’s Creed DLC has historically been an interesting mix of the sacred and the profane: in a literal sense.

Some of it leaned heavily into the mythical elements of the series, perhaps best shown in the Atlantis episodes for Odyssey: whisking us away to a completely new biome that almost feels like we’ve been transported to a sequel. Other stories are more grounded, and have a penchant for presenting a duller blade. Wrath of the Druids is a clever mix of both, but never really rises to the occasion of either threshold.

Wrath of the Druids immediately plops players into a medium-sized Ireland map following a short intro embarkation questline. We’re given a stable connection to the zone very quickly (Eivor’s convenient cousin is a regional ruling king) and the main gist is submitted for your approval: a conflict between druids and the crown. So, more crown problems! When will these Valhalla NPCs ever learn to cede some power every now and then.

Ireland, as a gamified map, is a decent size. It benefits from not being so large that’s it’s a slog to get through, but it is rather samey from an environmental standpoint. Its loughs (lakes) give it some character, but for the most part, the flatland doesn’t really stand out, and I was constantly wondering if I had been somewhere before. It’s still beautiful though, just staring out into the sky and vistas, a testament to Valhalla‘s unsung art style, which often oozes more personality than its cast.

The DLC itself plays out like a side story from a core region in the main game. That works both to its benefit, while detracting from the narrative’s personality within the confines of this new untethered region. Wrath of the Druids‘ inherent disconnect from the main game isn’t strong enough to always stand on its own two feet, though it gets by, and a few of the new characters are worth following through to the end. Similarly, Wrath of the Druids‘ new mechanical additions don’t diverge too heavily, with the exception of a few abilities like the power to summon an Irish wolfhound into combat.

So about that fantastical angle? It kinda-sorta feeds into the idea of what I’m calling “Druid Drugs.” Entering areas (and scripted locations) with green mist allows for the conceit of unique character models, including horrifying creatures that are basically just Batman fear toxin hallucinations. These sequences are plentiful enough without overdoing it, and are some of the best portions of the DLC. I love how they don’t get too over the top, with one spoilery exception near the end. In what is becoming a theme of AC DLC, there’s also a new secret society to uncover, albeit a very shallow one with tertiary motivations.

If you’re looking for length, War of the Druids should last you around 10 hours for the critical path, with five-ish more after that to tie up all the loose ends, finish up the busywork, and conquer all the sidequests. I found myself wanting more: more druid stuff, more interesting characters, and a more diverse region. A lot of the subplots therein could have been substituted for any quest on Valhalla‘s “mainland.”

Wrath of the Druids is simply more Assassin’s Creed Valhalla, with a few added twists and some of the same baggage. The benefit of not swinging for the fences is that you’re getting more AC comfort food, even if it falls far short of a home run. For 25 bucks, you might need something a little more than that.