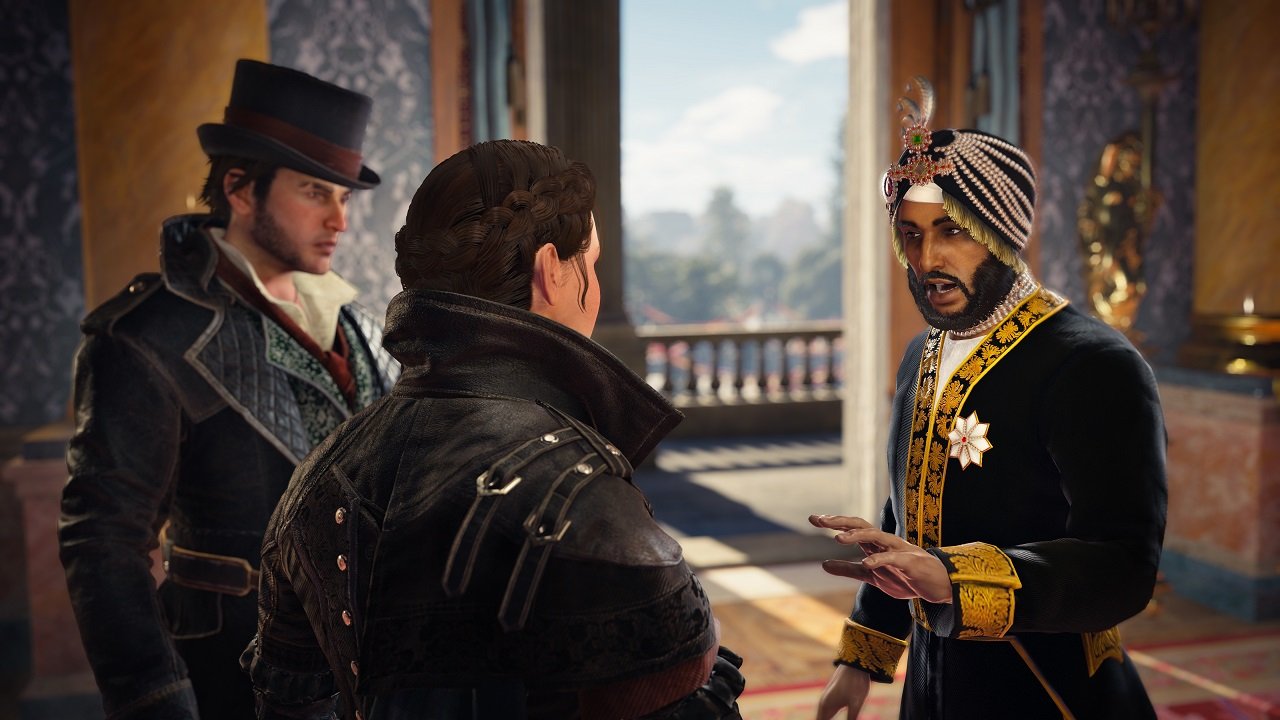 Until we meet again

With Ubisoft’s confirmation that it won’t be developing a core Assassin’s Creed game in 2016, we’re left with something of a lull. Sure, this year still has India, Russia, Initiates, and a movie, but that Assassin’s Creed isn’t the same kind of Assassin’s Creed. For those who have an itch for a very particular type of gameplay, it’ll go unscratched.

Yesterday’s launch of The Last Maharaja, an add-on to Assassin’s Creed Syndicate, may be the last opportunity for a quick, firm scratch. It’s Syndicate‘s final announced DLC pack, meaning that it’s likely the last piece of content before an extended period of Assassin’s Creed-lessness. If that’s the case, it’s a perfectly fine and mostly unremarkable way to go out.

The Last Maharaja is a set of ten side missions that can be accessed early into Jacob and Evie’s London adventures. The arc tells the story of Indian royalty Dunleep Singh and his strife with the British India Company. Templars are out to kill him (and have some more nefarious plans too!) and the Assassins are out to keep him from being killed. It’s all very Assassin’s Creed.

What’s intruiging is the middle ground that this particular add-on managed to settle into. In the past, this franchise has had two types of DLC: Big spectacles with easily identifiable hooks (like Jack the Ripper or Dead Kings), or a ham-fisted collection of brief missions of no real substance. The Last Maharaja is somewhere between that.

While the Singh plot never fully materializes into something legitimately interesting, the gameplay beats are more involved than you’d might expect. Each mission has multiple parts across many objectives. In fact, none of them felt phoned in or obviously weaker than the others — not even the sequence detailing Jacob’s drunken night.

Instead, they played like a greatest hits collection from the main game. There’s some forced stealth and some forced combat. There are carriage battles and there are train fights. There’s even a return to the bank, which was one of the better interior settings in all of Syndicate.

Ten missions and approximately three hours’ worth of run-time means that The Last Maharaja packs a lot of action into a tight window. What you end up with is a nice sense of variation as you’re never forced to do the same thing you just did. It’s like an Assassin’s Creed sample platter — a collection of small bites, never enough for you to tire of the taste.

However, I suspect the experience will be different for those who try to play this add-on alongside the rest of the Syndicate content. The Last Maharaja benefits from the streamlined approach of playing it after the rest of the game. There are no other side activities to lure you away; there is no conflict overshadowing this plot. When taken in stride with Syndicate, The Last Maharaja will simply be an extension to your list of chores, and that will certainly grate.

Yet, those who are looking for one last fix of Assassin’s Creed before heading into the break should find some solace in The Last Maharaja‘s comforting ways. It’s enjoyable enough on its gameplay merits to warrant spending time with it; it’s also inconsequential enough that you couldn’t be blamed for skipping it. It really just depends on how badly you want to play more Assassin’s Creed.