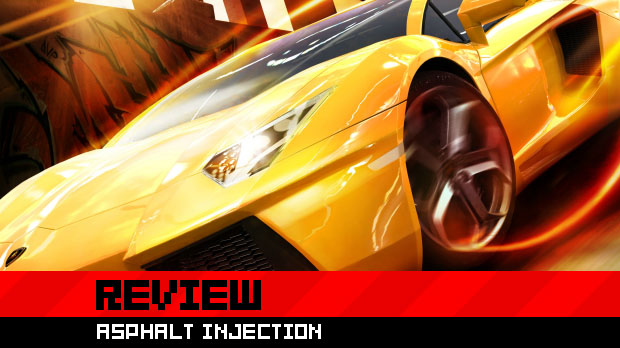 Just as I was settling in to start typing this review, I had to reach for the case while muttering, “What is this one even called?” Such is the existence of the Asphalt series, a racing game so indistinct that you could play five different ones in a day and struggle to tell them apart.

This, however, is Asphalt Injection, the second of Gameloft’s attempts to capitalize on the mesmerized confusion of PS Vita early adopters. While it’s not quite the egregious port that Dungeon Hunter: Alliance is, it’s still barely a step above its iOS predecessors, and simply doesn’t do enough to justify a boxed retail release. 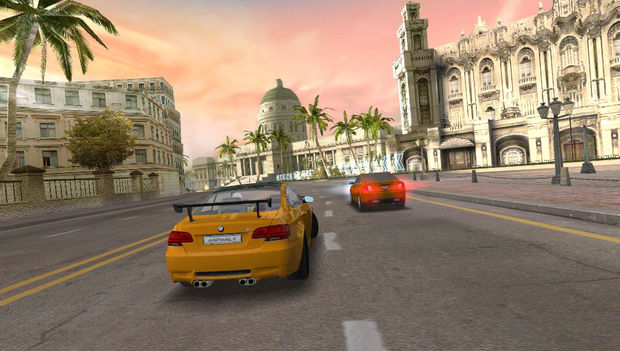 If you’ve ever played a Gameloft title before, you’ll know that the company’s modus operandi is to take other people’s games and make their own cheap mobile versions. It is to videogames what The Asylum is to movies, and the Asphalt series is no exception, ostensibly serving as a poor man’s Burnout.

Injection does everything you’d expect an arcade racer to do without ever exceeding itself. There are ten game modes that offer events such as classic races, elimination courses, cop car chases, destruction races, and drift challenges. All the modes are fairly well put together, but there’s nothing groundbreaking, as per Gameloft’s previously noted M.O.

Racing itself can be described as solid without ever being spectacular. It doesn’t reach the dizzying speeds of the games it attempts to emulate, but there’s a decent amount of shallow gratification to be had from whizzing through courses, grabbing the obligatory nitrous pickups and smashing enemy cars out of the way. As with Burnout, players are rewarded (with dollars, in this instance) for performing various feats on the road, such as narrowly avoiding traffic, smashing environmental objects, and finding shortcuts. There are also monetary pickups to find, and extra challenges (such as drifting for a certain number of miles) that can be completed for more pay. The more money you have, the more you can trick out your various rides and add to your vehicular collection. 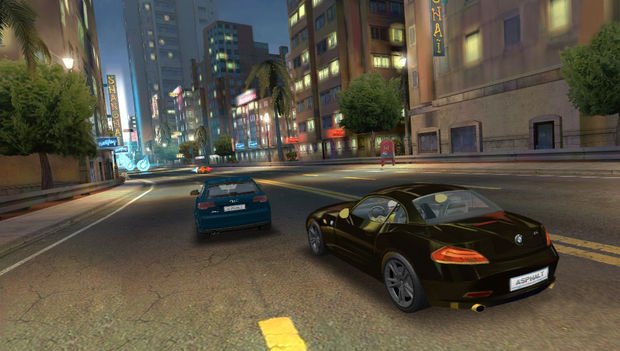 As one might have guessed, races against the A.I. are riddled with rubber-banding, making each event feel completely scripted. Opponents will always speed off miles into the distances when the race begins, and even if you nitro boost to catch them, they’ll always manage to be faster. This continues for roughly the first half of the lap, by which time the game will allow you to start overtaking enemies while always ensuring they’re never too far behind. It’s not like this makes the game difficult, as it’s rarely ever challenging, but each race feels somewhat artificial and vapid due to such a blatant formula.

Asphalt nevertheless provides some quick-fix racing that, while not utterly fulfilling, will be able to scratch an itch for a few moments. There’s also quite a lot of content, with a career mode spanning twenty separate leagues. Your mileage will vary with how much of a selling point such content is, however, since once you’ve played all ten game types, they basically get stuck on repeat. There are also 47 licensed cars to unlock and customize with various parts, as well as sponsors that bestow extra bonuses during races.

Tilt controls are available, but the default scheme relies only on buttons and the analog stick, providing a traditional layout that I think I’ll always prefer. I do appreciate a Vita game that doesn’t feel compelled to force gimmicks upon the player. Still, considering that would have required more development effort on the part of Gameloft, I’m sure the studio’s intention wasn’t quite as noble as I’m making it sound. 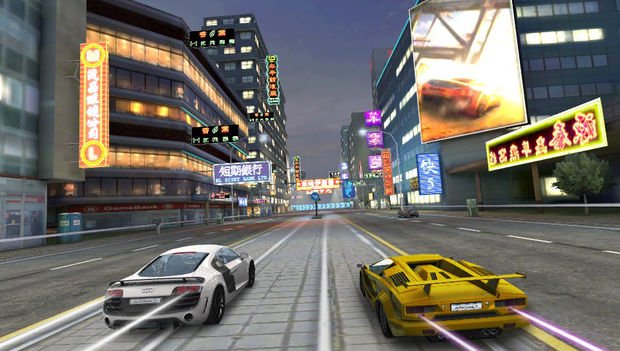 Both ad-hoc and online multiplayer are included, and competitive races work quite well. That said, finding people online is a bit of a challenge. I was able to get into a race with two other human players, and can report that the experience was smooth and lag-free. The lack of rubber-banding means that these races feel more dynamic, although it becomes very possible to get way ahead of the competition and cruise effortlessly for the rest of the course. Not that I’m bragging.

Asphalt Injection is a solid, if unimpressive, racer that provides swift, hassle-free portable action. However, I can’t recommend it as a full-priced retail product, because it absolutely doesn’t feel like one. With a simplistic no-frills approach to racing, and graphics that could easily be rendered on a PSP, Injection barely feels like a step above its iOS and Android prequels, so it feels like yet another attempted swindle from Gameloft and Ubisoft. For ten dollars or so, this might be worth picking up, but by the time this title even comes close to such a discount, I’ll wager that far superior racers will have already been released.

Hence, while Injection is certainly not a bad game and is even capable of providing some sporting diversion for several minutes at a time, I find it very difficult to recommend to anybody but racing obsessives with money to burn.