After following a number of indie developers who decide to go with the Wii U or 3DS eShop, I’m noticing a lot of the same sentiments in regards to loyalty to Nintendo. Not only have some of these developers grown up with Nintendo systems in general, but they are pledging their support because of the enhanced focus this generation on the indie side.

One such game that will be a timed exclusive on the Wii U is Armillo — a “rolling platformer” that is a perfect fit for the eShop. 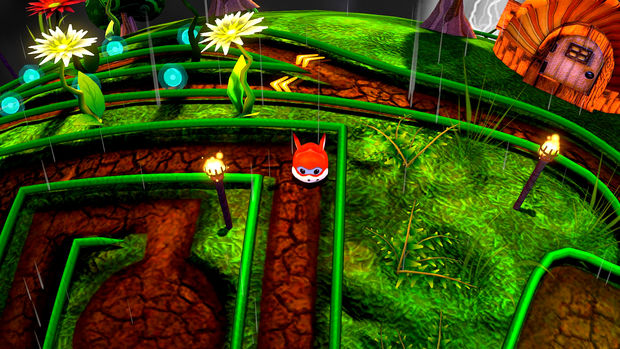 Like many mascot-oriented games, Armillo‘s narrative is rather simplistic. It stars the titular Armillo, an armadillo capable of intergalactic travel who finds his hometown under attack by an evil race called the Robotic Darkbots. They’ve enslaved its inhabitants, and captured his brother, forcing him to fight through the initial gauntlet setup in his home planet, and travel across the galaxy to stop their evil plot.

Gameplay-wise, Armillo operates like a mix of Sonic the Hedgehog and Pac-Man (with a hint of Marble Madness), favoring corridor routes over full open-world exploration. Armillo can jump as well as enact a charge boost, which functions as both an attack and a means to gain more speed when you need it. That’s not to say that the corridors inherently force you to explore in a linear manner however — the labyrinthine level structures leave plenty of room for exploration.

A lot of thought goes into pathfinding, and if you aren’t careful, boost arrows will force you into certain directions — leaving the path behind you lost forever (unless you restart the stage, of course). This design forces players to think before they roll, and discover new areas on a constant basis without taking any given area for granted.

Armillo doesn’t really hold things back from the get-go either, as there are lots of different concepts in the first few levels alone, from rolling spike logs, to dark zones that shift a vision-obscuring fog depending on where you roll, turrets ready to blow you away, and slippery ice — all in the first few levels. All of it is stuff you’ve seen before, but more often than not, it melds together in a fun way.

There are also some areas that are comprised of the Darkbot’s atmosphere where Armillo can’t breathe — you’ll have to rush these sections with a limited timer to proceed to the next warp, and get back to the level proper. It’s stressful, and it’s a nice hectic change of pace from the more deliberate level design.

Armillo‘s art style is charming, and the voice work is adequate, but the entire package does have a low-budget veneer — at times, almost like a PlayStation 1 game. All of the obstacles are very clearly marked however (most notably the rails, which are sometimes translucent), so you’ll never blame the graphics for a death. 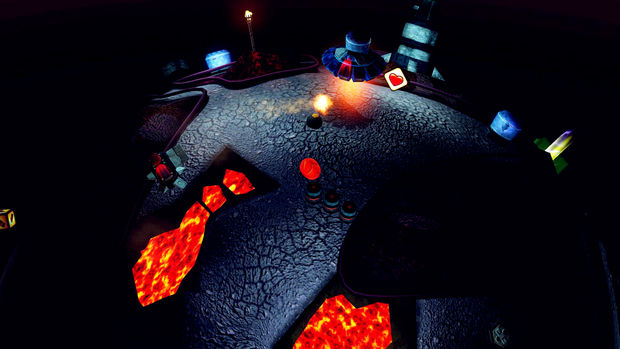 Orbs function as the game’s currency, which allow you to enter the upgrade shop and boost your health, lives, and stats as you see fit. All in all Armillo will take you roughly five hours to complete, but there are also a ton of secret levels to unlock, which shift the camera focus entirely from a top-down view down to something more akin to a 2D platformer — making the Sonic comparisons all the more relevant.

Armillo is a charming platformer that manages to do just enough to differentiate it from some of its predecessors. Although it didn’t blow me away by any stretch of the imagination, it has a ton of content packed in it to the point where I’ll be spending quite a while to find it all.