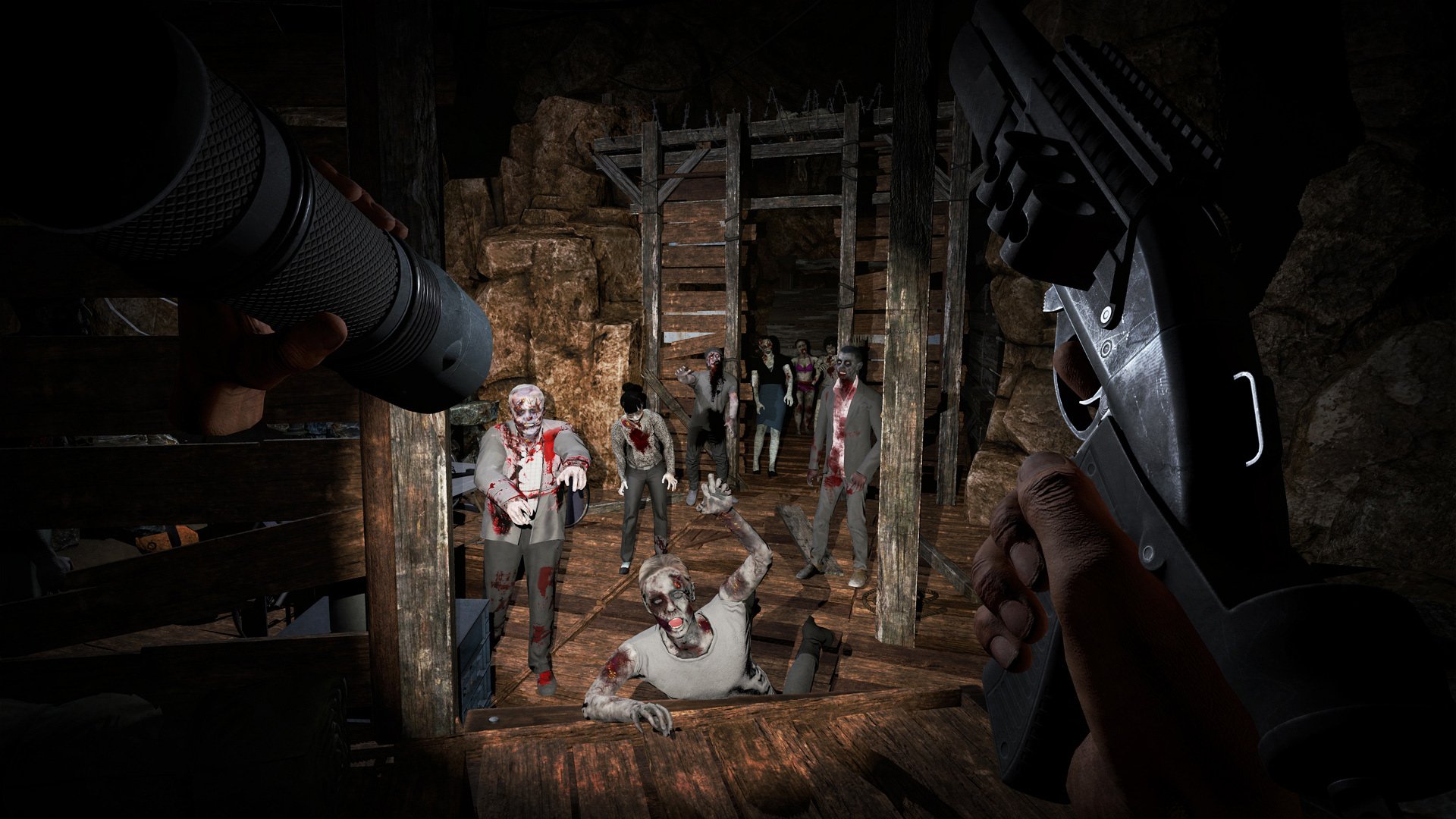 Down with the sickness

My PlayStation VR hasn’t gotten much use as of late and after hearing people talk up Arizona Sunshine on HTC Vive and Oculus Rift, I was eager to put my name down to review this week’s PSVR port.

I was maybe expecting a bit too much. 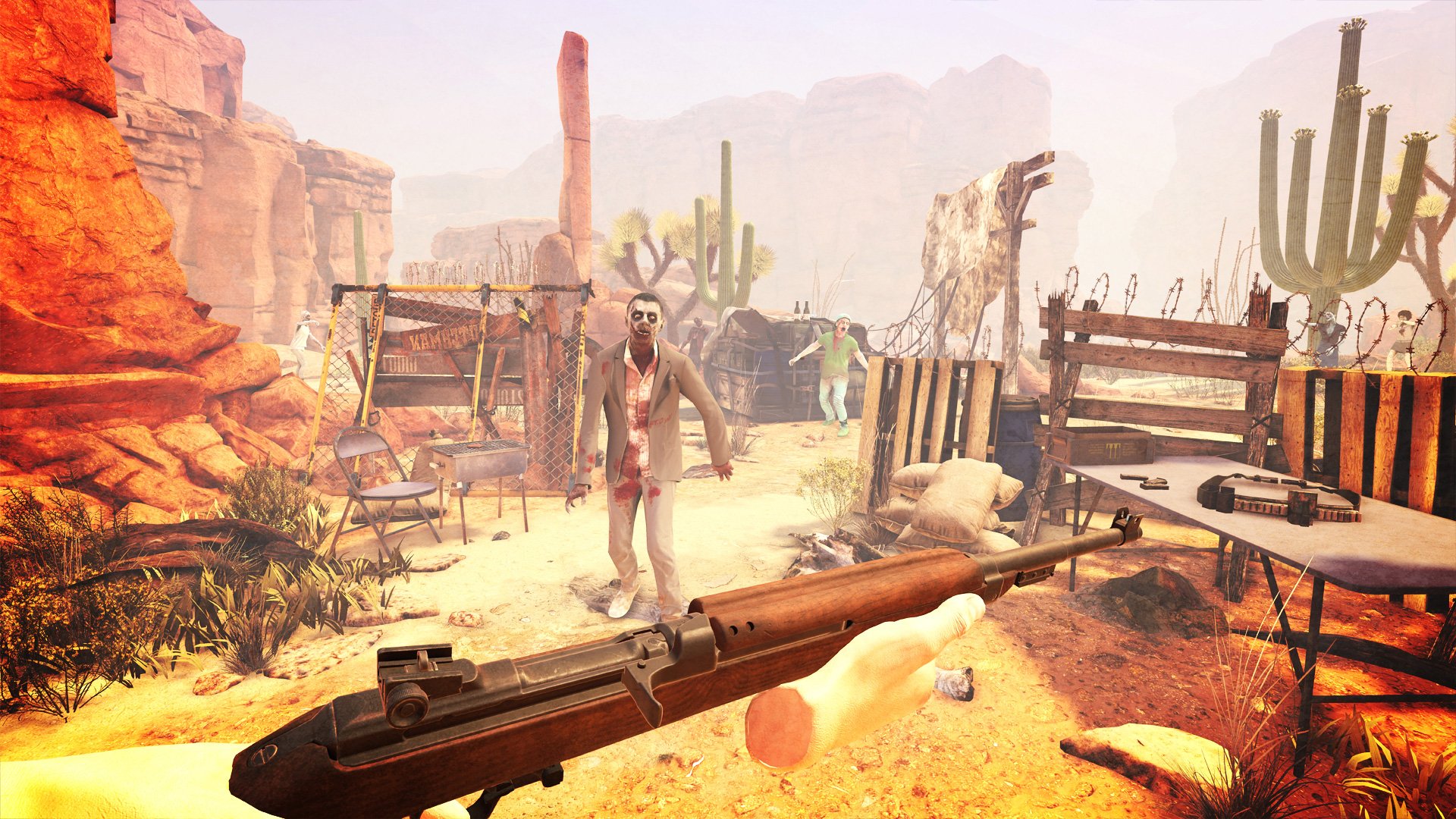 Most of your enjoyment will boil down to what specific hardware you own, and whether you’re looking for more of a lighthearted zombie-shooting romp (which is what this is) over an inherently scary or tense adventure. The way it feels to shoot — lifting your arm, closing one eye, and lining up the perfect headshot for a satisfying pop — is what makes this game as good as it is. Without that or its atypical blistering desert setting, it would be an entirely forgettable by-the-books zombie game.

Arizona Sunshine supports a few different setups — the standard DualShock 4 with motion tracking, dual PlayStation Moves, the new PlayStation VR Aim Controller — and allows you to customize your movement in all the ways you’d hope. I got along best with teleportation and snap turning because I was playing with Move controllers but, again, it’s up to you to decide. There’s full locomotion, too.

Unfortunately, I can’t speak to the PlayStation VR Aim Controller other than to say the game has a separate two-handed weapon mode built specifically for the (now-hard-to-find) peripheral. It’s probably great, but I wouldn’t know for sure. I’m genuinely sad to miss out on that.

Using two PlayStation Move controllers worked well enough, though. The only time I had any tracking problems was during an underground section that involves somewhat awkwardly holding a giant flashlight in one hand and a firearm in the other. It was a good concept — one of the only times Arizona Sunshine had me on edge — but the execution wasn’t quite ideal on PlayStation VR.

I also tried the game with a DualShock 4. While it’s surprisingly functional, lifting up and aiming a gamepad broke my sense of immersion. I couldn’t buy into the experience in the same way. If that’s your only option, I’d have a much harder time recommending Arizona Sunshine.

Apart from the campaign, which is several hours long and took me two sessions to finish up, there’s also a wave-based survival mode and even online co-op support. (I haven’t been able to test the netcode yet pre-release.) I don’t think I’ll ever want to replay the story (once was plenty), so I’m glad this exists as something I can return to from time to time. It’s a basic horde mode, and eventually you’ll be overwhelmed from all sides, but it does just enough. That said, it would’ve been nice to see a more fleshed-out offering, potentially along the lines of The Mercenaries from Resident Evil.

All told, Arizona Sunshine could be so much more than it is. It’s an overly linear game with few if any surprising moments, zombies that don’t behave in particularly interesting ways, and a story that accomplishes the bare minimum to keep you moving from point to point. It’s middling.

Really though, if you’re playing this, you’re doing so for the satisfying shooting and VR immersion (and because you probably sorely need something new for your PlayStation VR). It is what it is. If you’ve got the setup needed to make the most of this game, you could do a whole lot worse.