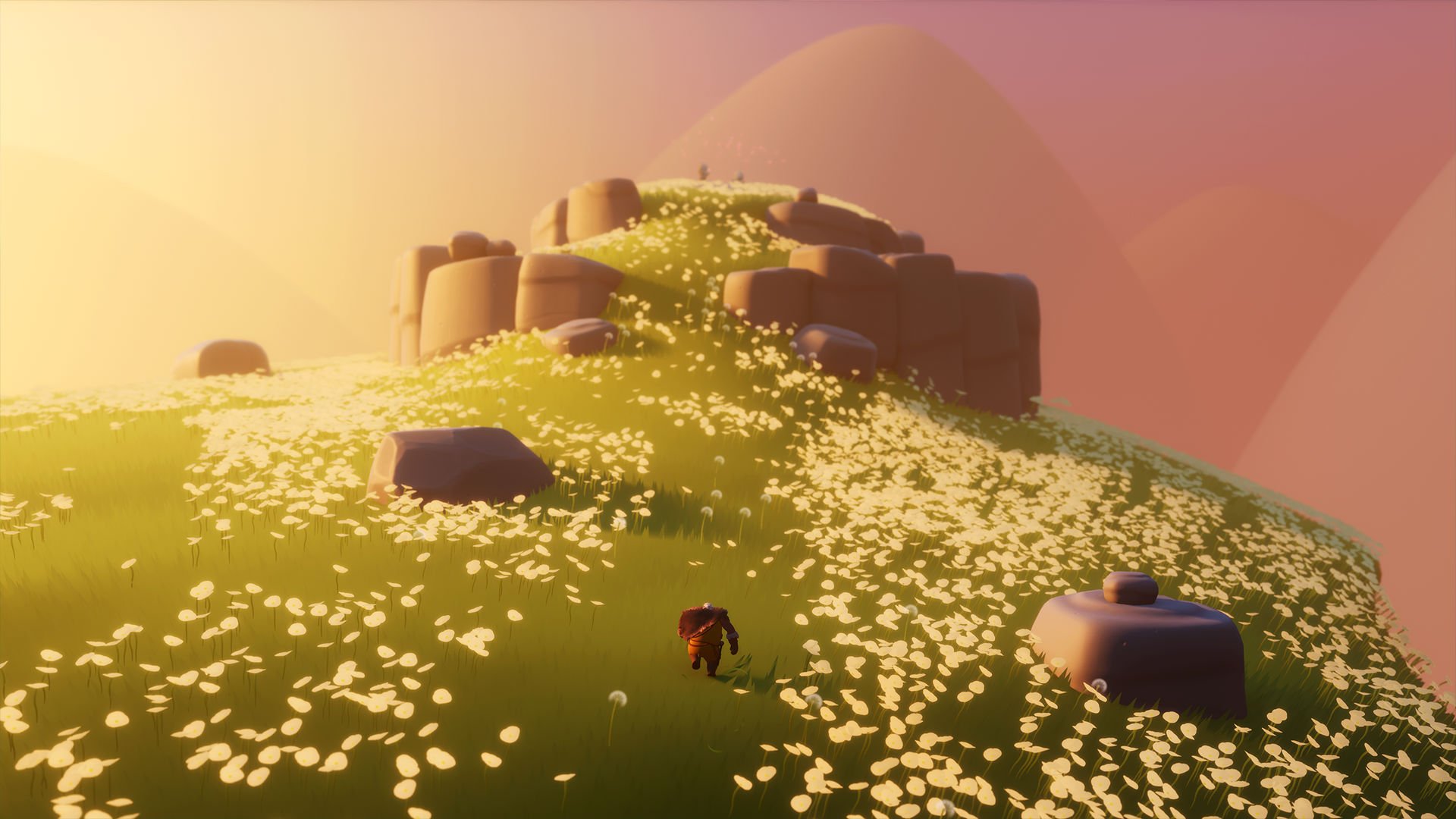 Within seconds, Arise: A Simple Story begins with your death.

There’s nothing simple about it, from a narrative standpoint. 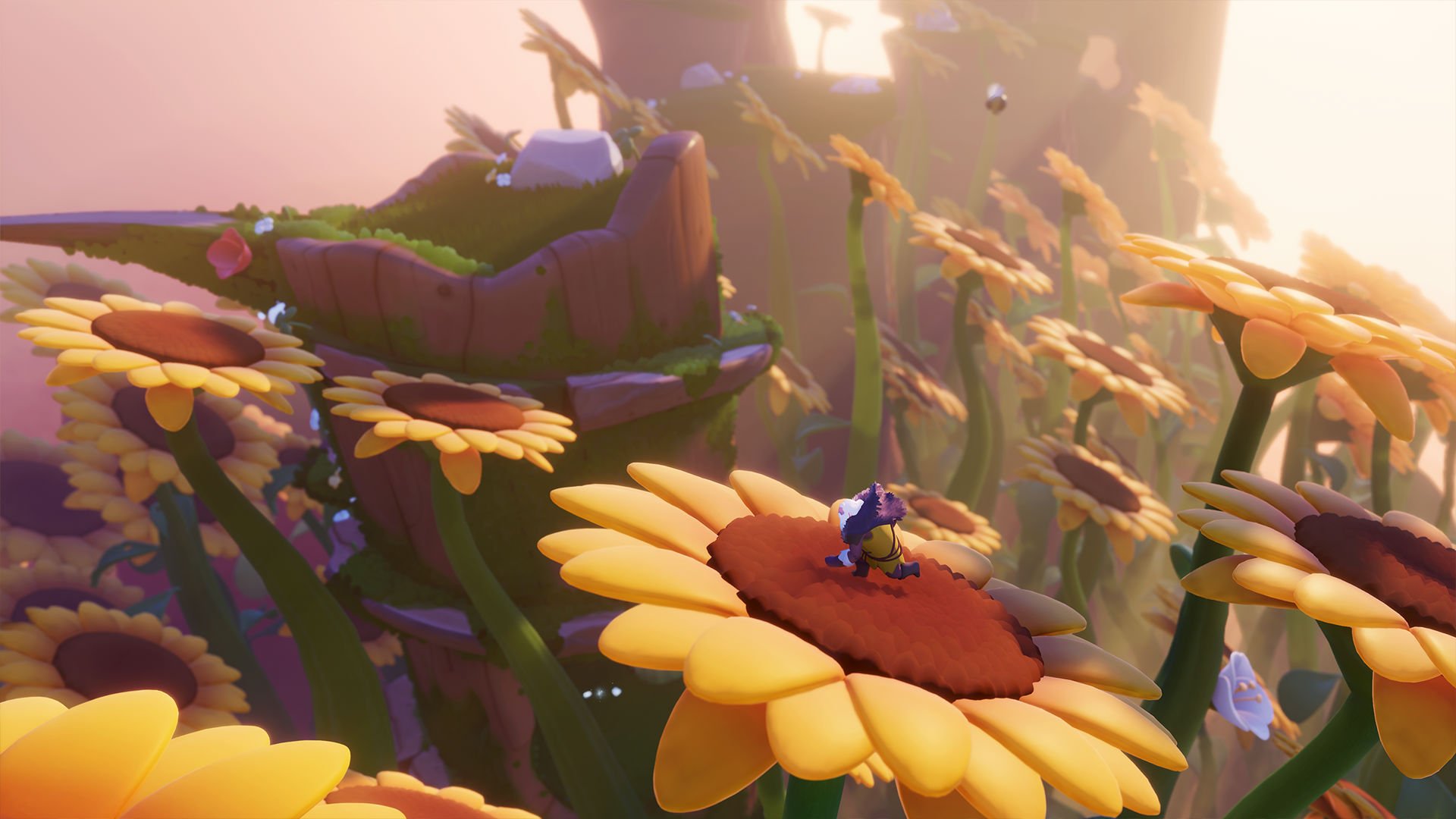 I know the feeling of reading a review for an emotional indie and going “okay so what’s the gist,” so I’ll cut to it straight away. Arise, much like the recent beloved Gris, is a light puzzle adventure game with a heavy focus on time manipulation: and of course, the manipulation of your tear ducts.

Waking up in a bed of snow after this death, your player character is immediately granted stewardship over time via the right analog stick. Tilt it right and time moves forward, tilt it back and you can rewind. The very first puzzle is perfect at demonstrating the mechanic: moving time forward will melt the snow and create a body of water, giving you the chance to stand on a raft and propel yourself upward. If you want, a second co-op partner can join in (drop-in/out) and become Father (or Mother) time, controlling that element separately. Beyond that god-like power you can also jump and clamber, just like a classic platformer, and your avatar sports a sweet grappling hook.

It’s that sort of gamey familiarity that will allow Arise to resonate more than a lot of other similar projects. Piccolo clearly wanted this to be a sound platformer first, which is great as there’s a large focus on precision leaps. My only real gripe is the lack of button mapping, as I often found myself wanting to more conveniently warp time while running and jumping (get that claw hand out!). Since the right analog stick is spoken for there isn’t a lot of room for direct camera manipulation (analog up/down shifts your perspective a tad), but I was shocked at how well developer Piccolo handles that for you. It might be a little too simple for some though, as most puzzles can be solved by taking it easy and flipping time until you see an opening, and when you fail, checkpoints are frequent and fair.

Speaking of gaminess: Arise feels rewarding when it comes to grabbing collectibles (brightly shining sparks) as they unlock more backstory for our hero through simple but effective drawings. That’s in part why I was so quickly enamored with Arise compared to a lot of other artsy platformers. Actually taking that spiritual journey of discovery wasn’t a pain to experience, allowing me to fully embrace it. The sound direction, the beautiful score, the lovely art: it all comes together without much interruption. Mind, all of this is without the use of vocals or story text, wrapping its universal message up in a neat little bow.

Throughout the whole journey I had an underlying feeling that can be best described as vague beauty. Arise is never in your face about anything nor does it get preachy, but it also isn’t so obtuse that it doesn’t get its message across. To say more than the fact that Arise deals with the reflection of one individual’s entire life under the guise of themed levels (“Her” and “Joy” to name the first few) would be giving too much away, but there’s lots of room for emotional gut punches.

Arise: A Simple Story is true to its name and offers both function and form, which is why I’m so anxious to see what Piccolo Studio has next in the pipeline. It’s a pleasant surprise to help cap off a great year.