Join the Pork Side, Anakin

I don’t get the widespread outrage over so called “casual,” simple-minded games. I can spend an afternoon plugging away at the most time-consuming and complex RPG imaginable, and if Angry Birds is thrown in every now and then, so be it.

Yes, I’m reviewing an Angry Birds game. Deal with it. 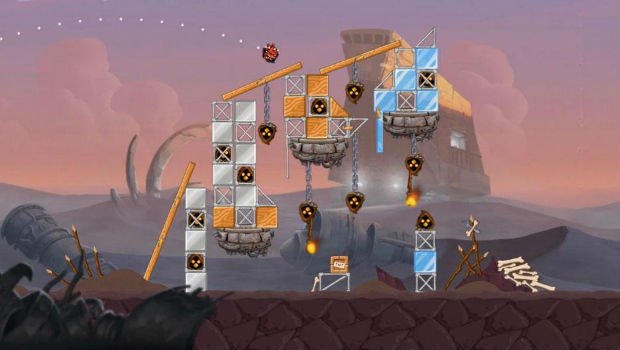 Whereas the first Angry Birds Star Wars dealt with A New Hope through Return of the Jedi, Angry Birds Star Wars II takes place in the prequel timeline, from The Phantom Menace through Revenge of the Sith. Unfortunately, that means starting with the tandem of Qui-Gon Jinn and a young Obi-Wan Kenobi trekking their way across Naboo, which isn’t one of the more particularly engaging settings in the franchise. Thankfully, the following chapter of Tatooine is a bit more fun, even if it feels like a minor re-tread of the first game.

In addition to Naboo and Tatooine, you’ll also have access to special “reward chapters,” which are basically a few challenges involving specific characters. Other than that, the rest of the content is “coming soon,” and at this time you’re basically still stuck in Phantom Menace. What you’re doing is essentially purchasing the promise of more updates and levels, which thankfully Rovio consistently provides (they’re still updating the original Angry Birds four years later). 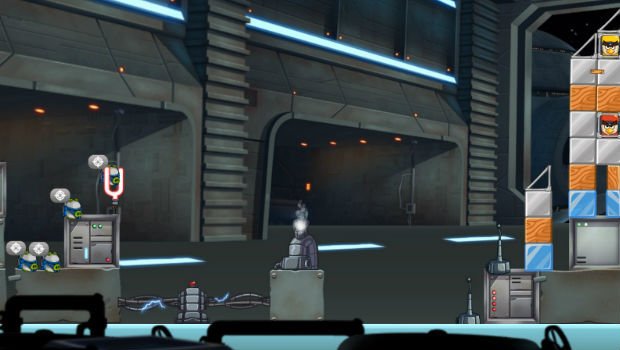 This time around, you can play as the “Pork Side” [Dark Side], which puts you in control of the pigs. When this feature was first announced, I was pretty excited at the prospect of maybe setting up bases to defend myself against the birds. Lo and behold, the Pork Side is simply more levels with different characters, flung exactly like birds. It’s not like these levels are inherently worse, since you’re playing as characters like Jango Fett and Darth Sidious, it’s just that it’s more of the same — Angry Birds in a nutshell, really.

Gameplay-wise things are relatively the same, drawing from the classic Angry Birds flying formula, and even a bit of space physics from Angry Birds Space. That said, it’s still fun, and the sheer amount of characters (Light, Dark, and Star Wars Episode 4-6) and the diversity of their powers helps to move things along rather nicely, and cut down on the boredom factor.

In-app purchases are available (of course), but they’re thankfully just tools to allow you to use certain characters on every level. So for instance, when a stage may stick you with a crew of Yoda birds, you would be able to sub in other birds if you use your in-game currency of coins earned through achievements, or buy more coins with real money.

It’s fairly inoffensive (surprisingly), because every level can be completed legitimately without buying anything, and if future updates are like they were in the first Angry Birds Star Wars, you’ll be able to unlock DLC areas by three-starring every level when they arrive for free. 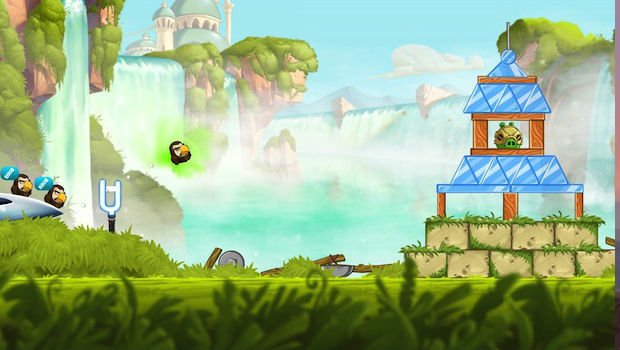 Another new feature is the ability to place physical toys on your device and scan them in using a camera. Like Pokemon Rumble U, they’re completely optional additions that don’t really break the game in any way. Similar to purchasing birds and pigs with the in-game currency system mentioned above, all the toys allow you to do is once again use special characters in place of another.

You should know where you stand on Angry Birds. If you absolutely hate the IP, the concept, and the sound of them yelling as they fly through the air, this won’t do much to change your mind, even if the Star Wars factor will help ease in Jedi junkies a bit. But if you don’t mind spending a few minutes a day just having some silly fun, Angry Birds Star Wars II delivers once again.

And yes, it is totally possible to enjoy Angry Birds and other things at the same time.