Before there was an abundance of rhythm games out there with plastic peripherals, there were developers like Harmonix leading the way with controller-based experiences. Along with some long sessions of Gitaroo Man and PaRappa, Frequency and Amplitude were a few of my favorites. Nearly everyone I showed them to fell in love with them all the same.

Harmonix’s newest Amplitude reboot gets the foundation right, but some of its soul has been lost in the process of remaking it. 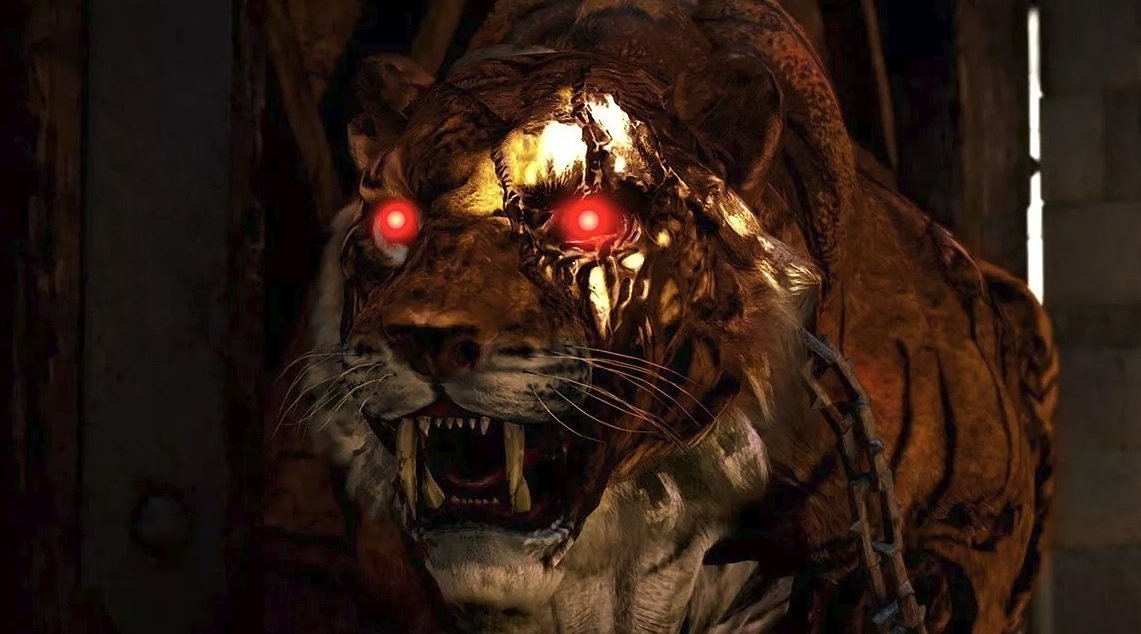 Amplitude might be hard to master, but it’s extremely easy to pick up. If you’ve played the series before you’ll be able to jump right back in at the highest difficulty level, but for the rest of you, a quick five minute tutorial is all you’ll need. Simply put, notes are laid down on tracks that symbolize instruments (or vocals), with L1, R1, and R2 (or Square, Triangle, and Circle) triggering the left, middle, or right notes respectively. Players are required to hit specific notes on beat on each track, then move to the next one. That’s essentially it.

There are a few more nuances like “Streaking” (combos, initiated by quickly moving and playing notes on a new track), and power-ups (simple concepts like clearing a track instantly), but you’ll pick up the basics in no time. And in many ways, that’s what’s so great about Amplitude. The concept of a ship driving down a literal road that signifies your progress in a song is brilliant, and although it’s been done a few times since the franchise’s retirement, Harmonix does it best. All four difficulties (plus one bonus unlock) feel balanced, and the highest (Expert) is sufficiently challenging.

Amplitude doesn’t have a whole lot on offer though, content-wise. The campaign is a mere 15 songs long, consisting of a “concept album” created by Harmonix. It’s a neat idea in theory, but it’s over before you know it, and will definitely leave players wanting more. The fact that it cannot be played with friends and is required to unlock a handful of songs for multiplayer also isn’t ideal. After finishing up the campaign, I had no desire to ever play it again.

In that sense, the vast majority of your time will be spent in the free play mode, which supports up to four players in both versus or team play (1v3 or 2v2) situations. It’s just as fun as it was in the past, as there’s even more strategy involved with more ships on the track, since you can block out opponents from entering a track by claiming it first. With all of the power-ups being used in tandem, things can get hectic. It’s Amplitude at its best, and truly successful players will need to watch their own track as well as peruse the entire board for the next move on top of counter-maneuvers, taking other ships into account.

Where Amplitude really falls short is its lackluster 30-song soundtrack. You can take a look at the full setlist here to get an idea of what to expect — spoiler: it’s a lot of in-house work. Most of it is competent electronica crafted by the talented folks at Harmonix, but I just don’t dig most of the vocal work — either the performances or the lyrics — and the majority of songs are not nearly as memorable as classics from the old games like Garbage’s “Cherry Lips” or David Bowie’s “Everyone Says Hi.” I would play those songs for hours on end years back, but like the campaign, I’m willing to skip out on most of the new tracks.

The original games weren’t afraid to get out of their comfort zone with songs like “Dope Nose” from Weezer and “King of Rock” by Run-DMC, and the lack of risk-taking really shows with this new iteration. Another general issue I have is the way songs are doled out while playing. Tracks are locked behind the campaign as previously mentioned, but others require players to complete a ton of songs to access them. One even takes 60 plays to unlock! Why did Harmonix feel the need to do this? To gate the experience and ensure it lasts longer? It goes against the party-like nature of the game, and feels like a relic of the past. I wouldn’t mind doing this if the reward were greater (like the original), but it isn’t.

Amplitude is a competent rhythm game that should provide lots of fun at parties, but the hamstrung tracklist is a severe detriment to its longevity. Harmonix was able to preserve the classic experience, but may have gone overboard in its effort to do so.

[This review is based on a retail build of the game provided by the publisher. I did not contribute to the Kickstarter campaign.]