They got the ‘rage’ part right

I didn’t get very far into Alien Rage, I’m going to admit that right off the bat. It was not, however, for the want of trying. There are parts in Alien Rage where the game decides that working properly is for losers, so it doesn’t work properly.

Before deciding to pack it in and write these words, I had to restart an entire level since an elevator required to get to the next section wasn’t activating. Reloading the checkpoint did not encourage it to work any better. Upon restarting the entire level, and shooting my mundane way back to the elevator, it worked.

Five minutes later, I was killed by some swarming enemies due to a lack of cover and had to restart. This time, a fresh checkpoint loaded — a checkpoint that had suddenly placed a wall in front of the corridor I was supposed to walk down. I was not restarting the level again.

Playing any single level of Alien Rage is perishingly dull enough. Being forced to play through it three times is just plain cruel. 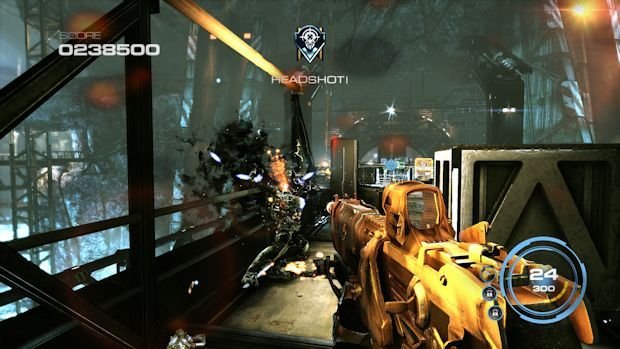 The true name for this game is Alien Rage – Unlimited. I don’t know what is supposed to be very “unlimited” about it, and frankly, I don’t care. I have more important things to think about. I’d sooner think about a single plastic button, sat in a room that nobody’s entered for fifty-six years, than think about why Alien Rage is supposedly so lacking in limits.

It is, of course, an ironic title at best, for Alien Rage is limited in every conceivable way. It’s limited by the constrained adolescent imagination that concocted its paper-thin story and undistinguished universe. It’s limited by its own confusion as to whether it’s a classic run-and-gun arcade game or a more ponderous cover-based shooter. It most certainly limits the player, reducing him or her to a pool of guns that feel similar to each other, giving them the hit points of a creampuff, and constructing tedious corridors full of identical, monotonous, brainless combat encounters. 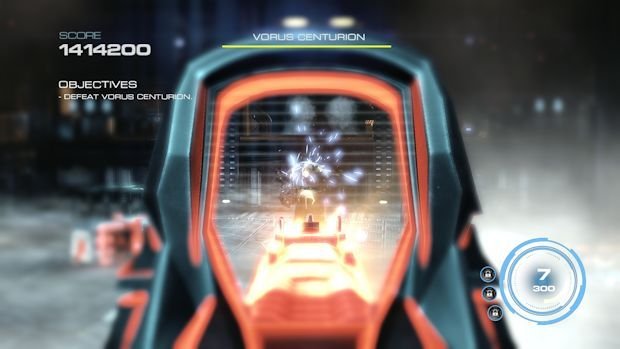 As I said, the game is torn between wanting to join Hard Reset or Bulletstorm in the “classic throwback” arcade set, and kowtowing to modern sensibilities concerning cover, iron sights, and methodical firefights. The result is a game in which cover systems exist for enemies, but not for the player, in which the “hero” is so weak he can barely take a few shots, but if he decides to crouch behind a wall, the enemies will bumrush him and shoot the generic bald bastard to bits. It’s a game in which the shotgun is useless, for getting too close to the enemy is instant death, and iron sights are a miserable prospect, since the mindless opponents skitter about so damn much.

Alien Rage so desperately wants to be “hardcore”, too. It’s pitiful in its grasping attempts to convince you of how “hardcore” it is. It makes you almost want to humor it. Oh, Alien Rage, your core is so hard, baby, you’re so challenging, you’re so old school! Where games such as Hard Reset actually understands the kind of smart design that goes into crafting a nostalgic, hectic, rewardingly challenging shooter, Alien Rage naively believes tossing tons of mindless enemies at the player is a close approximation to well-designed game difficulty. It’s not. It’s just adding to the confusing, confused mess that is this schizophrenic experience. 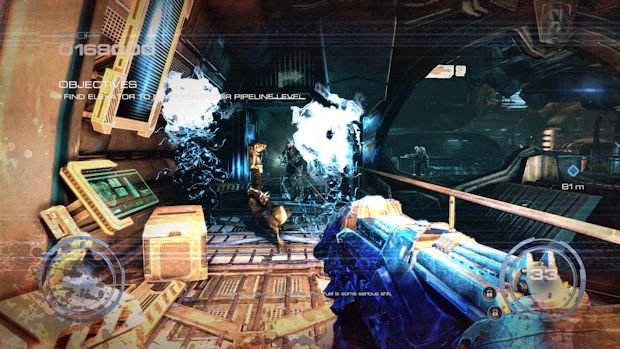 One would at least hope that a game so wildly meandering would at least be mildly surprising at times. It is not. It’s just dreary corridor after dreary corridor of visually uninteresting aliens, blasting away at you with all the subtlety of a fork to the anus. You can easily see it going for a Serious Sam avenue of relentless combat, but it’s actually quite tricky to balance that kind of persistent onslaught against the propensity to grow tiresome. In a game this graceless, the balance is missed by several generous miles.

This is all before we get to Alien Rage‘s most vile crime — the animation. Whether reloading, running, opening a door, or tapping on a keypad, Alien Rage‘s camera attempts “realistic” movements to such an extreme, swaying, serpentine degree that you’re either going to get motion sickness or a migraine — most likely both. My eyes ached within moments of kicking up this woozy adventure, and I have no idea how the lost souls working on the thing were able to keep up development without vomiting into a gigantic vat.

There is multiplayer, an option that proves more enjoyable than the campaign, if only for the fact that the awful pendulating animations are taken out. This seems to imply the developer knew how offputting and unhelpful the motion sway actually is, but insisted it be retained for solo mode. In any case, the game is easier on the eye when shared online, though the gameplay is of the stock, mid-nineties variety available in dozens of equally uninspired games. You run around plain arenas, shooting at opponents with very little in the way of visual or audio feedback. It’s a disconnected, alienating experience. It’s not terrible. It’s just kind of there, like a chair nobody sits on. 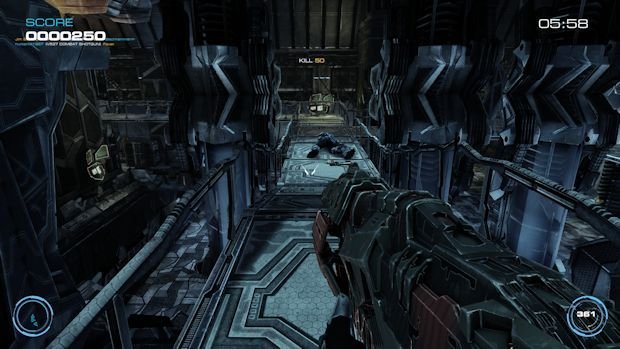 The true tragedy of it all, however, is that when you cut through the glitches, the mediocrity, the sensation of standing on a fragile boat, and the design’s lack of commitment, one can actually find a quasi-competent first-person shooter attempting to happen. When it’s not breaking itself for no reason, Alien Rage does work. The shooting actually has some weight to it, the arcade-like scoring system is a nice touch, and for the first few minutes, I really thought a potential sleeper hit was on the cards. Only when CI Games is allowed to showcase the true depths of its ineptitude, does the mask of potential fall ignobly away.

It may not sound like it from the well of anger this game has quite rightly opened up inside me, but there really is a good game trying to happen. With competent design decisions backing it up, the fundamentals of Alien Rage could make for something genuinely entertaining. Unfortunately, the only entertainment Alien Rage has given me was in the writing of this review. It’s usually a saddening thing, to have to trounce a game so utterly, but in this case, I felt I deserved a treat. 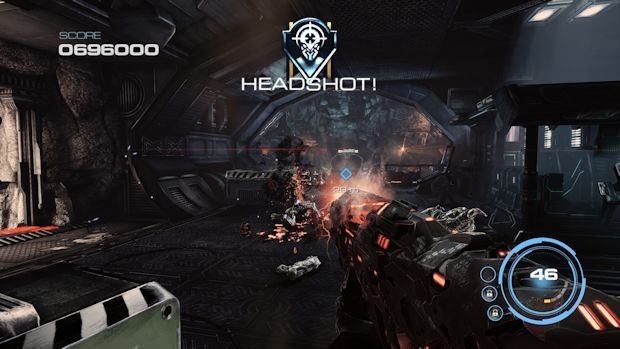 To make the joke about Alien Rage inspiring actual rage is an obvious, unambitious, and relatively lame decision. I can’t think of any decision more befitting this pointless little product.