I’m of two minds when it comes to modern walking simulators. On one hand, they satisfy the craving I have for obtuse, old-school adventure games, a genre that basically does not exist anymore. On the other, they tend to be a bit too simplistic, and the actual narrative can be hit or miss.

But with Adr1ft for the Oculus Rift, we’re entering a new era of virtual simulation, and I, for one, am excited. 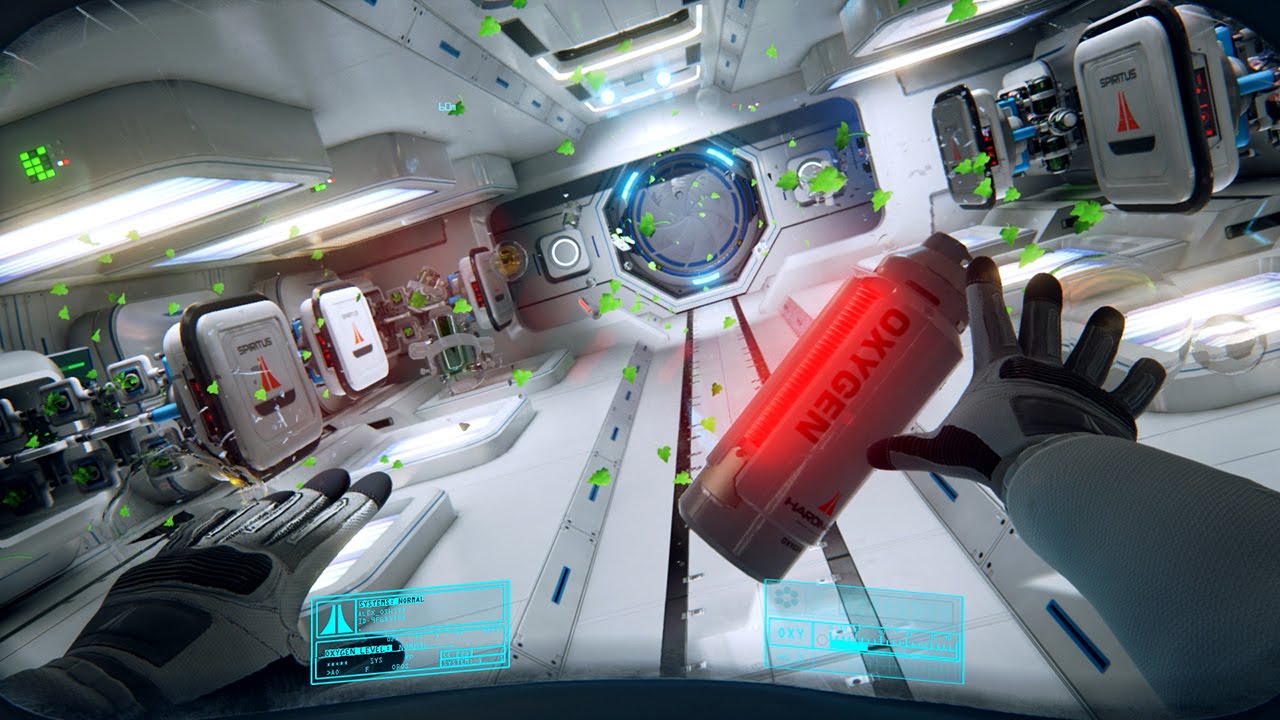 Adr1ft is unlike anything else I played on the Rift this past week. The reviewer’s guide listed it as an “intense” experience, which is definitely not an overstatement, as it’s the only game that made me a bit uneasy, mostly in a good way.

Right at the start, Adr1ft thrusts players into a scenario of isolation. Think Gravity, but without the annoying constant Sandra Bullock panting and George Clooney playing George Clooney. Instead of companions, the ship’s AI does a good job of leading you through the journey, without over-explaining and ruining things with dumb mechanics like golden bread crumb trails. It’s a lot like Alien Isolation, all told, without the alien, which I can dig.

So what’s the VR element? Well, it’s first-person, and it’s done so well that it’s mostly responsible for the aforementioned uneasy feeling. The view is inside of a helmet, which assists in immersing players into the great void of space. That age-old adage of wanting to “reach out and touch things” in 3D is palpable, especially with the survival tint built in. To accomplish movement, the controls are basic, but effective. There’s a grab button, thrusters for up and down, and a boost. If you start to get really sick, there’s a “relief” button which obfuscates your view to just a tiny circle. You can also just… take the VR unit off too — which I did on multiple occasions.

At the start of Adr1ft, the player character’s suit is damaged, causing some cracks in the helmet, dangerously leaking oxygen. It’s your job to constantly seek out oxygen tanks, which are floating around in space proper and the station. Since the character reaches out for tanks right before they’re in reach, it led to stressful scenarios where I was about to grab a can to prevent death, and then something would collide into it, sending it careening into the next room. It’s terrifying, to say the least, so mission accomplished in terms of the immersion — it’s not a gimmick.

It sounds absurd, to willingly submit myself to something like this, but it really does help sell the idea of the tech, and feels built for it. Whereas other games feel very similar in that they could be 2D, and are merely augmented by VR, I can’t imagine playing Adr1ft without it. I’ll refrain from spoiling the plot here, but suffice to say the audio logs and the atmosphere and events themselves do a good job of pushing the player forward. Oh, and glancing over the helmet UI to check my oxygen levels? What a thrill.

Clocking in at four hours or so, it doesn’t overstay its welcome. I can also see jumping back into Adr1ft every so often to freak myself out again, or show it off to friends. So long as you have a stomach for it, this is one of the first “must-have” games for VR.