A game that combines ideas from both Minecraft and Team Fortress 2 sounds like it would be a match made in heaven. The LEGO-style buildings and aesthetics combined with the multi-class gameplay should be right up my alley.

Yet, Ace of Spades fails to deliver on any and all of the ideas that make its inspirations so good, and what’s left behind is a laggy, boring mess of a shooter that feels uninspired and bland. 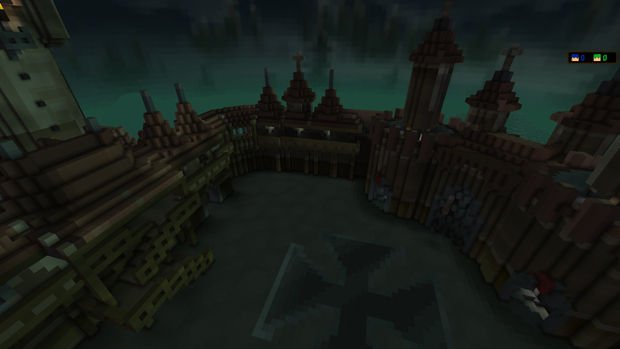 Ace of Spades began, long ago, as a World War I trench-based shooter. Combining the Minecraft­-style building and destruction mechanics with a structured first-person shooter made for an interesting experience that really nailed the feel of the First World War. Heading alone into “no man’s land,” the area in-between bases, often lead to a swift death. However, if you decided to charge forward with a few men and construct some cover, you could make an advance. Or, alternatively, you could dig your own trenches and go your own way. It’s an absolute blast, and a fresh idea in the world of FPS games.

However, the Ace of Spades that released on Steam is not the same game. At some point, Jagex, the company behind the middle-school classic RuneScape, bought the title and it became a class-based FPS with the same construction and destruction mechanics. Not a bad idea in the least, but the execution is extremely poor.

To start things off, there is absolutely no sign of a tutorial. Thankfully, the game modes are explained while loading into a server — otherwise there would be no indication of what to do. The controls are similar enough to other shooters that most people will feel at home, but none of the base-building mechanics are explained at all and will have to be gathered through playtime. A lack of any sort of tutorial simply reeks of laziness.

There are four classes to choose from: The Marksman, The Commando, The Rocketeer, and The Miner. They play exactly like you would expect, with the Rocketeer using a jetpack to get around and the Miner being very good at destroying blocks. It is a decent array of classes and each play in their own way, but the Marksman and the Commando feel at a disadvantage due to the lack of feedback to the player when hitting an enemy. Some characters have multiple weapons to choose from, and it seems as if there are plans to add more, given the amount of empty slots.

The Marksman, for example, fills the traditional sniper role and should be aiming for the head for big damage. However, it is impossible to tell if you actually shot the enemy who you were looking at, aside from the occasional blood splatter. No numbers pop up above their head, no indicator appears on the crosshair to confirm a hit, nothing. If you’re lucky, you’ll notice some blood shooting out of their character.

To complicate this, Ace of Spades is quite laggy when the player count nears 20. Even though the game said I had a ping of around 50 to 75, I would watch enemies teleport around as I tried, and failed, to pop them in their little square heads. Watching a drill missile stutter on its path as it drives into the ground is the perfect example of the failed potential this game typifies. A recent patch has made it easier to get a server nearby, but it significantly reduces that amount of available servers and game types. 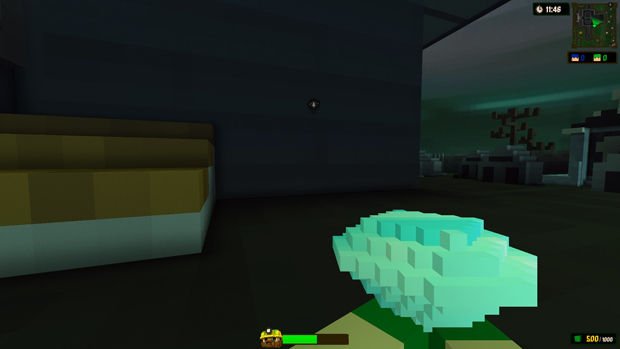 There are only a handful of modes, even fewer of which are interesting or enjoyable. Team Death Match is the worst of the bunch, with completely boring firefights bogged down by the aforementioned lag and lack of feedback. Multi-Hill tasks each team to hold onto hills for a set amount of time as they accrue points before the capture point moves to another location. It’s a harmless mode, neither great nor terrible.

The other three modes attempt to take advantage of the game’s unique qualities of destruction and base building. Demolition mode has both teams building up and defending their own base while destroying the enemy’s. It is interesting, if a bit vague. I’m still not sure if only the player-built structures count or if it’s the already standing structures I’m supposed to destroy.

Diamond Mine has diamonds hidden underground that players need to unearth and bring back to a location on the map to score a point for their team. After successfully scoring, the capture point will move. More than one diamond can be found at once, though it’s often a random stroke of luck as to whether or not you find a diamond at all. It’s also interesting, but lulls can happen in which no one is actually able to find a diamond.

Finally, Zombie mode pits survivors against zombies as the survivors build up a stronghold and the zombies do their best to spread the virus. This is probably the most entertaining mode — when there are only a few survivors left, things can get out of control. Zombies have indications on their radar as to where the survivors are, creating some intense moments of digging downwards into an underground lair of survivors, only to wipe them out and turn them into zombies. 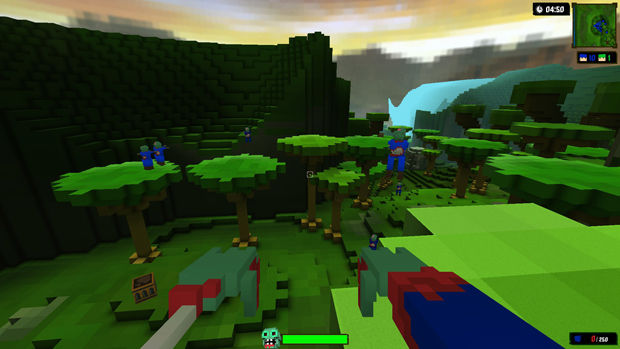 While players cannot create their own servers, there are tons to choose from via the server browser. There are also Quick Match and Ranked Match options, but from my experience they have a nasty habit of placing you in dead servers. No one is playing Ranked matches, and Quick Match simply does not do a good job. You are better off using the server browser and picking one of the handful of servers that actually has active players.

A game like Ace of Spades always begs the question: does it have legs? The answer seems to be a pretty resounding no. There aren’t many people playing it on release, and I can only imagine that the player base will dwindle with time, barring any Steam sales in the near future.

There is a decent population still playing the original Ace of Spades, that World War I-era shooter I mentioned before. You remember, the one I actually enjoyed playing. That version of the game is free, and you can download and play it from this website. A lot of players having bought this new version on Steam seem to have already retreated back to the beta version, which now has a somewhat steady player base. 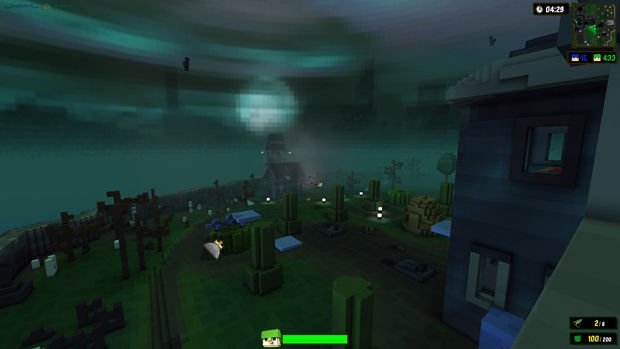 When it is running smoothly, the game’s aesthetic is quite nice. Sure, it has cubes like Minecraft, but it doesn’t feel like a lazy ripoff. The cubes actually look smooth and maps are nice to take in and dig through. It helps that the maps are varied and well designed, too. The music is serviceable, though nothing really stands out other than the slightly annoying looping menu music.

The game did crash on me multiple times, however. Twice while trying to load into a server, and twice in the middle of playing an actual match. Some of these crashing issues are being addressed through patches, so hopefully they’ll be eliminated as they pop up. 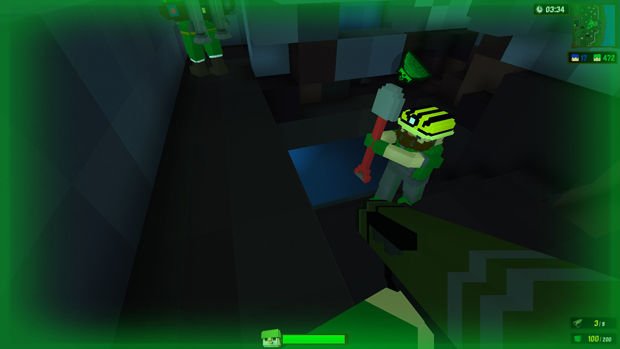 When a game is released and all I find myself thinking about is playing the beta version, something has gone awry. The older version of Ace of Spades is much more unique, entertaining, and satisfying. Plus, it’s free!

Ace of Spades attempts to be many things, while achieving none of them. It isn’t as creative and wondrous as Minecraft and it isn’t as strategic or entertaining as Team Fortress 2. Hell, it isn’t even as good as the beta version! There’s next to no feedback when shooting enemies, the lag is unbearable in most servers, the community is off to a paltry start, and the basic game mechanics simply don’t feel satisfying. Many of these issues can be fixed — and hopefully they will be addressed — but even then, I’m not sure there is a great FPS game underneath it all.