Odyssey across the Aegean

It took some time (about a hundred turns, give or take), but the mighty walls of Troy finally fell. Embarrassingly, they didn’t fall by the hand of mighty Achilles and his giants (he got some giants on an island after convincing its king to join his faction), or the siege towers the other Greeks were working on. Instead, Troy’s walls succumbed to the ire of the god Poseidon, crumbling from a devastating earthquake.

After that, poor Paris — the bloodied victor of a power struggle with his brother Hector over the throne of Troy — was ground up under the wheels of Achilles’ war chariot as the Greek armies under Achilles poured through the gaps torn by the quake. All that was left to do to claim the jewel of the Mediterranean was to stand on the control point for a couple of minutes while the flag changed hands. 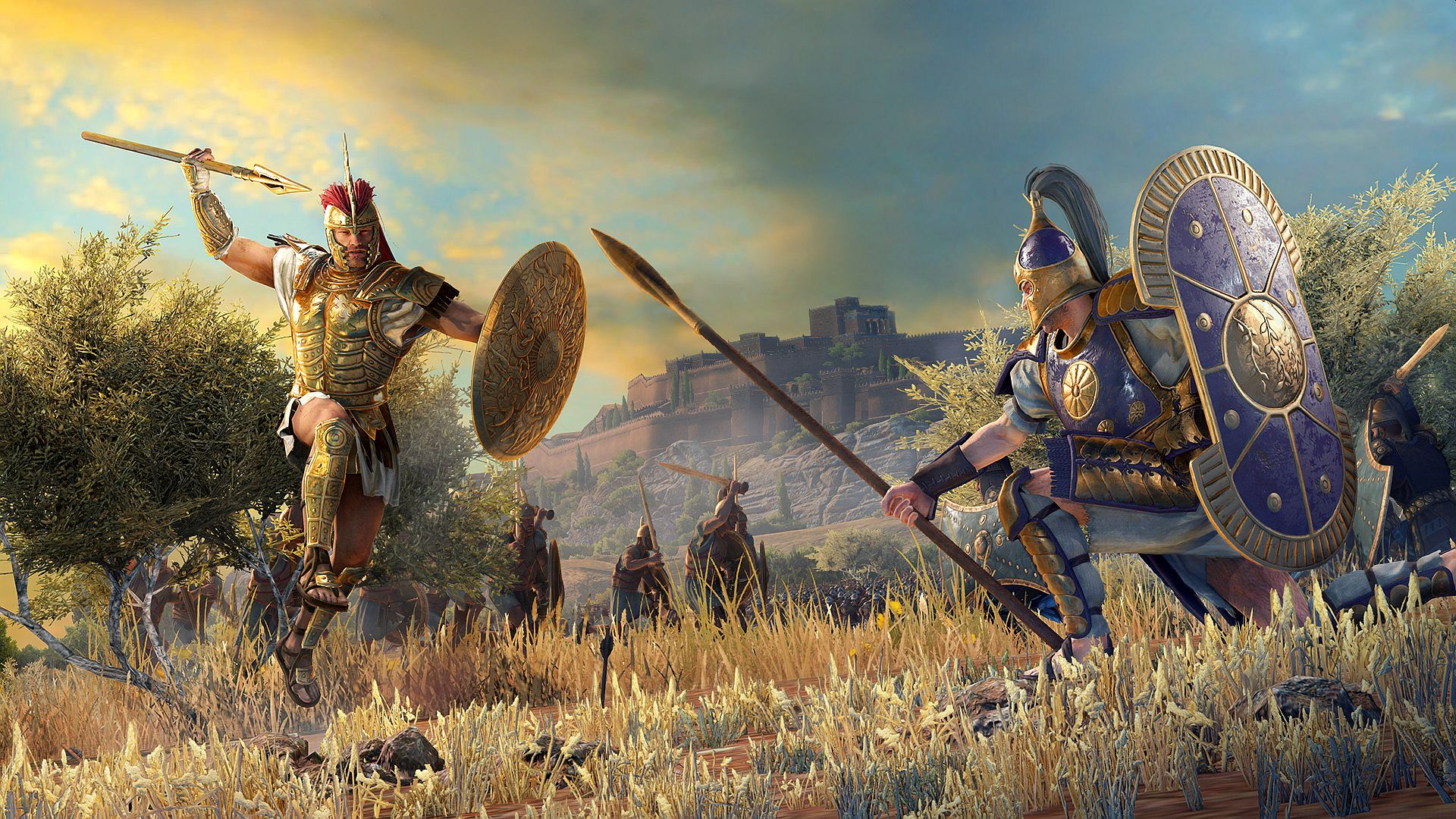 A Total War Saga: Troy makes some interesting changes to the Total War formula — you can read about most of them in my initial impressions — but by the end of a campaign or two, it’s a bit hard to tell exactly why Creative Assembly chose to stick the Saga branding on the game when, barring those explicit new features, the game hews closely to Total War convention. So closely, in fact, that at a fundamental level the game feels more like a Total War title from the days of Shogun 2 or Rome 2 than one that followed Three Kingdoms.

For one, agents are back, and there are tons of them now. Factions can upgrade their settlements to increase their unit cap for various agents, and then acquire “epic” ones based on mythological creatures. The Gorgon I mentioned from before — an independent, snake-wearing woman who can empty out a settlement’s entire garrison with a glare — is the highlight of the bunch, while the other two feel a bit like juiced-up versions of the more mundane agents.

This would be impressive, otherwise, but there’s a reason Three Kingdoms got rid of the agent system in the first place: It slows the game down immensely. Even fast-forwarding through the computer’s turn, by the late campaign my turns were extended greatly as the game showed me agent action after agent action, with little to gain from it.

The late game was also where I began to run into issues with Troy‘s hybrid approach to the legendary nature of the Trojan War story. The Mythic combat units one can recruit — including Minotaurs, Centaurs, Sirens, and Cyclopses — function basically as elite fighters, but their impact is a little muted for my tastes. On the one hand, I applaud Creative Assembly for trying to find a novel way to take on one of the best-known historical topics in western civilization; but, on the other, I came away a bit disappointed when my Minotaur troops turned out to be just big guys wearing skull hats. This sense of “grounded” realism was also undermined by the fact that the hero and general units could quickly be as strong as they were portrayed in myth.

For example, a late-game Achilles who’s equipped with the unique equipment and skills gained from taking on his Epic Quests (the more story-driven objective pop-ups that loosely follow the narrative of the Iliad and other popular Trojan War accounts) is practically invincible. In one instance, I managed to drive off both Hector and Paris and their respective armies equipped with nothing more than a squad of elite bodyguards and a small garrison’s worth of low-grade militia. It was quite a lot of fun to see, but underscores the sense of identity crisis in Troy‘s approach. 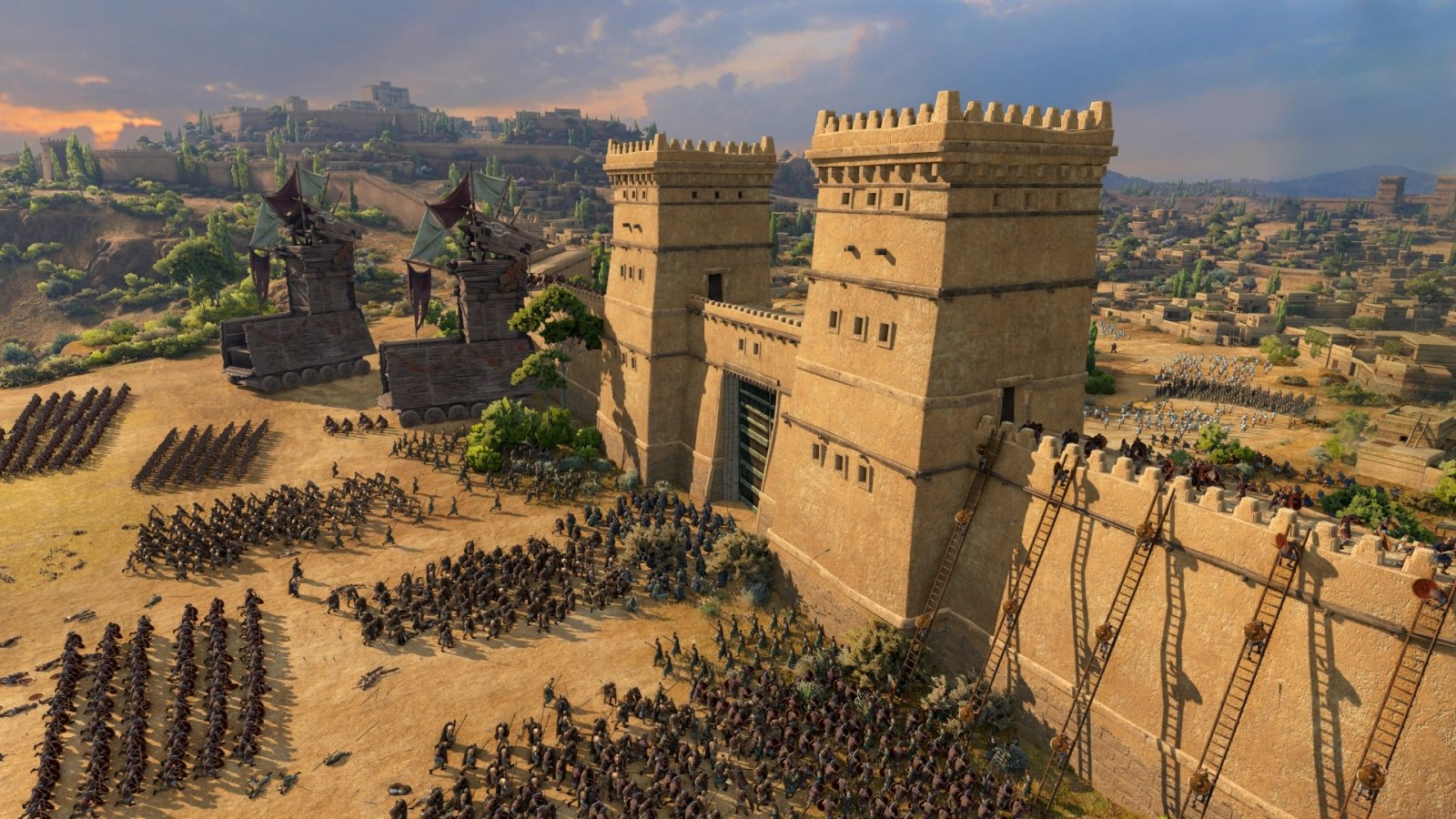 Nevertheless, despite the issues, A Total War Saga: Troy‘s fundamentals are as solid as one could ask for. The game is also beautiful, sporting a sparkling Mediterranean map and gorgeous environments to do mass killing in.

Its innovations are nothing to scoff at, either. The barter-based multi-resource system makes negotiations actually fun to engage in, as you wheel and deal with your neighbors and everyone short of your enemies to find a good bargain on resources you need. The leader-based unique mechanics also provide a fascinating strategic flavor for each playable faction.

A Total War Saga: Troy plays it safe in some slightly disappointing ways, but brings enough new to the table that I would appreciate seeing its ideas make their way over to the next mainline Total War game.

[This review is based on a retail build of the game provided by the publisher prior to release.]