For better or worse, I didn’t know what I was getting into with 7 Days to Die.

I had heard that name before, and I was aware that it was a popular sandbox zombie survival game on Steam Early Access, but that’s it. Prior to news that Telltale would be publishing the title on PlayStation 4 and Xbox One, I’m not sure I had ever seen footage, much less a proper screenshot.

My first go at 7 Days to Die was, to put it politely, jarring. 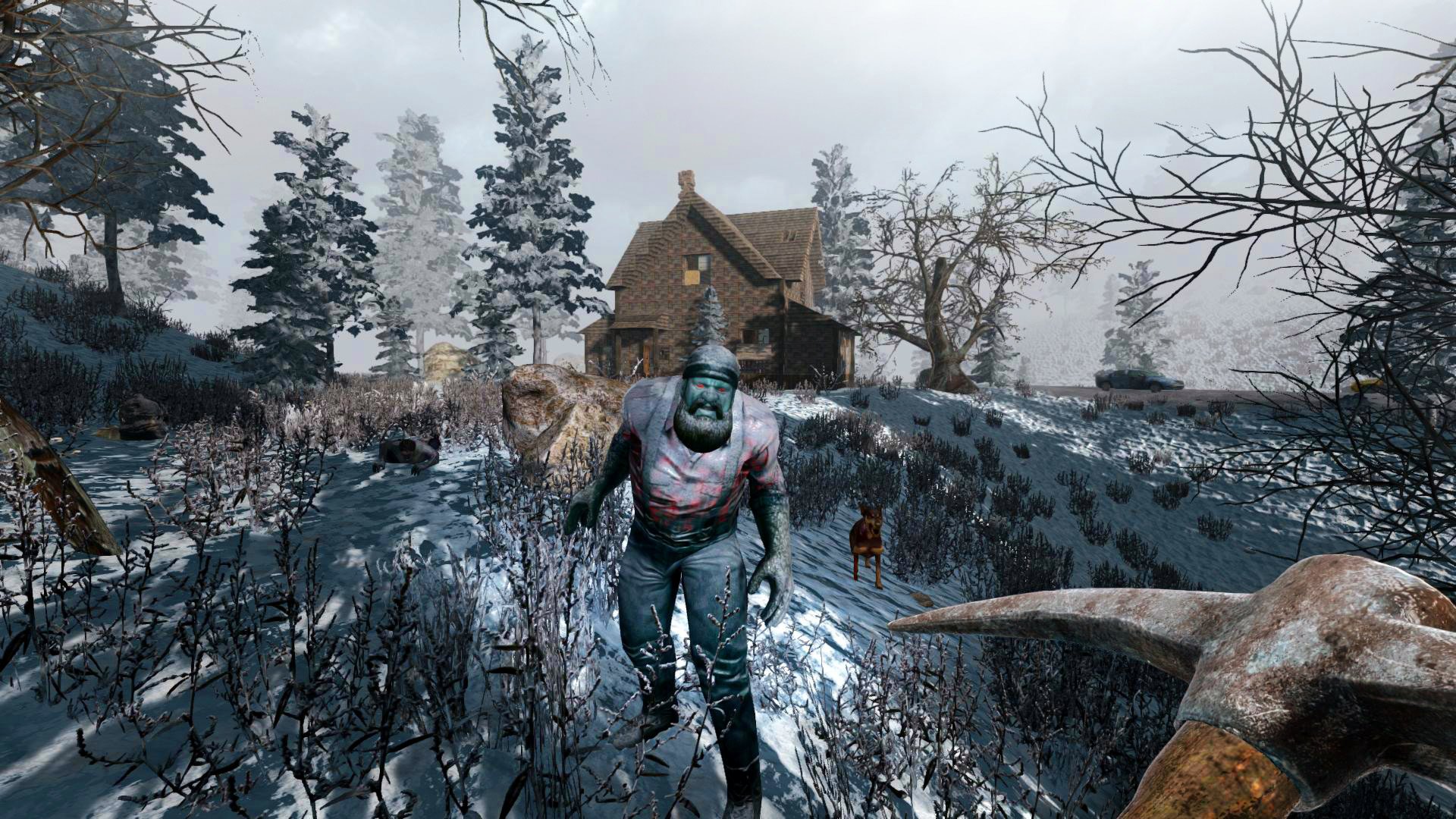 Dumped into a laughably lo-fi Arizona desert and told to repeatedly punch branches and grass for crafting materials, with no real story to serve as a motivating force, I got to work.

I fashioned a crude axe to speed up the tree chopping and rock smashing, as you do. I rummaged through trash heaps for old-but-not-too-old sandwiches to ward off hunger, scoured the plains for precious bird nests to fashion arrows, and plucked yucca fruit to make juice to try and get my body temperature down from, uh, 130°F. That sort of stuff. If you’ve played any sandbox game in the past several years — particularly work-in-progress ones on PC — you know the basic gameplay loop.

For as much as 7 Days to Die is spoken about as a zombie game, the real killer, at least in my experience, is basic human survival. With even modest supplies, the average zombie is too slow, stupid, or glitchy to put up a serious fight. This is balanced somewhat by their lethality in groups and the game’s wonky, unwieldy, wholly unsatisfying melee combat and shooting which help make engagements more threatening than they otherwise would be if you could reliably aim.

Similarly, the PC-centric user interface and dreaded on-screen cursor are not really something you can mess with while infected are nearby. If your weapon breaks and you don’t have a backup on standby, you’re gonna need to hoof it, stop, and quickly try to build another club or bow or what have you and get it into your active inventory. Even when utilizing gamepad shortcuts, this process is a hassle.

Most of the experience involves roaming for supply drops or scouting out abandoned buildings, and either killing the odd zombie along the way or running until your stamina gives out. You’ll find new crafting recipes for more advanced armor and weaponry, and there’s also some RPG progression with an unnecessarily large number of skills to pour points into or increase naturally by playing à la Skyrim.

Other than that, it’s a self-motivated grind to stockpile materials so you can build a home from scratch or improve an existing one. If it sounds like that’d get dull before long, you are correct, though playing with other people (online or in split-screen) does help to some extent. There are also a range of world-state options to tinker with like day length, loot abundance, and enemy spawn rates, and there’s a “creative” mode with everything unlocked for screwing around. Generally speaking, this is a game where you make your own fun; the simulation isn’t deep enough and the story is too non-existent.

If there’s one aspect of 7 Days to Die I did enjoy, it’s construction. I mean, the building system is nothing new or novel — you place down pieces that snap together, and whack ’em a bunch to fortify them — but it is surprisingly flexible and fleshed-out. And in the context of a game where a zombie horde comes to hunt you down every seven days, I became genuinely invested. My first attempt at living through the first week involved placing a hundred or so wooden spikes around my base’s perimeter and hiding out on the second story. It did not work. They (literally) clawed their way through the floor causing me to fall, panic, and accidentally run into some of the spikes. A huge failure, to be sure, but memorable. 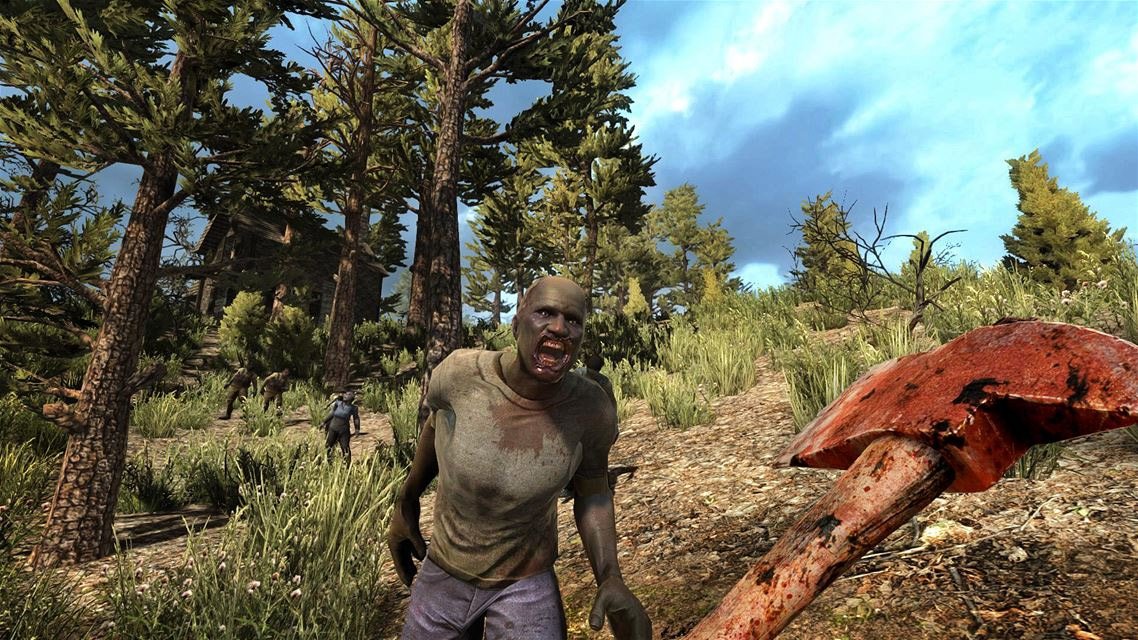 This is a sandbox game through and through, and while it does some basic zombie-survival-fantasy things right — hence the traction it has gained on Steam Early Access, and the interest from Telltale as a publisher — it is largely disappointing. After earnestly going through the weekly cycle once alone and again in an online session (before being dropped because the host had left), I felt as if I had seen all I needed to. There just isn’t enough here to stay engaged, and what is here is dated and unpolished.

My fear is that the situation won’t improve fast enough, assuming it ever really does get better down the road. Despite its rough edges, the PC version has been successful for years now, and I have to imagine 7 Days to Die will also do well on consoles where competition among these types of sandbox survival experiences isn’t so fierce. With that in mind, it’s disappointing to see this sold on Xbox One and PS4 (with a retail release!) as if it is completed game. It clearly is not. After some substantial updates, I’d potentially want to give it another chance, but as is I wouldn’t want to spend another minute with it.