It’s been a long time in the making, but the time has almost come for EA Sports to grace us with another title in arguably the most successful snowboarding series out there. SSX is known for its addictive arcade-style gameplay, egotistical characters, sweet tricks, and of course a pumping soundtrack.

The game’s demo is out now for you all to try. But as SSX moves towards a more realistic take on the action-packed sport, will fans of the series end up disappointed that some of the more ambitious gameplay elements have been taken away?

Well, did I mention you can jump out of helicopters and fly across mountains in a wingsuit? 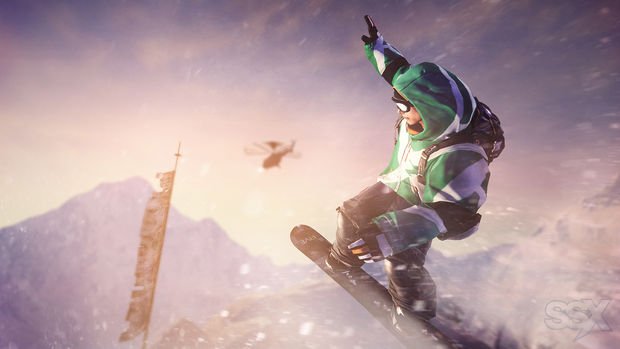 As a modern reinvention of the SSX series, the focus is on survival in adrenaline-fueled events. The key is to make it through player-versus-the-elements gameplay.

Location is everything in SSX and the sense of realism is really apparent in these new places. By using topographical satellite data from NASA, EA Canada has been able to build a Google Earth-like map that displays the nine different mountain ranges that are available to explore. The aim was to recreate iconic locations like the Himalayas, Antarctica, and the Alps while still keeping a true SSX feel to the gameplay, so the game’s mountains aren’t exactly GPS-accurate.

So the mountains are semi-realistic, but how about the actual gameplay? Well, any snowboarder will know that there is certainly more than one way down a mountain. While previous SSX games allowed a certain degree of off-piste freedom, there was always an inevitable invisible wall standing in your way. Those pesky walls have been removed as much as possible, allowing unrestricted gameplay in which you decide where to ride. And if you see a branch or a makeshift kicker, you will more than likely be able to do some sick tricks off it. This feature gives a more diverse, open-world feel to the game, as the player is given a greater degree of freedom in deciding which path to take. Obviously the main way is down, but how you get there is up to you! 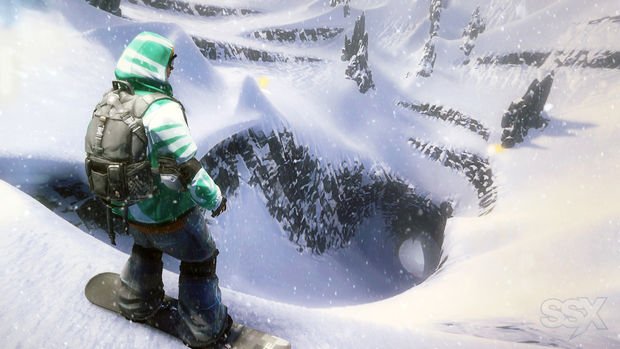 The new gritty style of gameplay comes into focus right from the start of the race. Instead of slowly pushing off from behind a gate, the majority of races in the new SSX begin with a jump out of a helicopter to arrive on the piste at speed. It’s a fast-paced action event right from the very beginning. The “Tricky” meter is back, allowing you to build up your boost by pulling off a variety of different freestyle moves and tricks. When the meter is full, fans will be pleased to hear the fun new remix of the Run-D.M.C. song that has become such a big part of the series.

The all-new survival element is perhaps one of the most different additions, challenging the player to survive some seriously deadly descents. You will have to face terrifying avalanches, white-outs, darkness, freezing temperatures, and gravity, which requires the awesome wingsuit to help you glide from rock to rock as you choose your path down to safety. These modes add a new challenge to the game and also require fast, skilled action — especially when dodging through trees and fallen branches, or choosing the best part of the mountain to ride down while under pressure.

The lovable team of riders is back again, as selected by fans of the series, and some new characters are thrown in there too. The ones that made the cut are Elise, Zoe, Kaori, Psymon, Mac, Moby, and the more recently announced Eddie. They’ve all been given a bit of a facelift and have moved away from some of their crazier outfit choices (basically, less nakedness) to more conventional snowboarding gear, which helps to add a more serious tone to the game. As you progress through the game, their gear can be tweaked and upgraded to better suit the conditions of some of the tougher mountain ranges.

Another interesting feature is RiderNet, inspired by the Autolog from the Need For Speed series. It runs alongside you during play and keeps track of your progress. You will be able to see your friends’ times, high scores, different drop positions throughout the race and much more. Having successfully worked in the NFS games, this will add another level of competition to the game, which kinda sucks for me as I was hoping to get some work done in March.

With new features added and nothing taken away from the fun and challenging experience that previous SSX titles have provided, this game looks all set to be a fantastic release full of individuality and experimentation. You really can choose your own path; you’ve just got to hope it’s the right one!