We’ve played half the game

We’ve covered Dontnod’s upcoming Xbox 360 and PlayStation 3 game, Remember Me, a fair bit before, with a meaty first look, a shorter preview and even an interview with the game’s creative director, Jean-Max Moris. But I’m coming at you with a preview from a build that Capcom says is from about half of the full game. So I’ve had a good taste, running through a few chapters to explore all the features, from memory remixing to boss battles.

I’d point you to our earlier previews for the basics. My job here is to let you know how Remember Me holds up after a few hours of gameplay. I have a lot to say. I hope I remember it all.

For those that have had their memories wiped, here’s a quick rundown of Remember Me‘s story and setting:

Paris in 2084 looks nothing like it does today. The City of Lights turns into a total dump. Most of the city is in ruins, overrun by memory addicts and mutated outcasts. In this future, memories can be digitized and stored, or used and abused, the latter seemingly being the cause of the city’s downturn. Memory is a product now, handled and controlled by an evil (of course) corporation called Memorize.

You play as Nilin, a memory hunter with no memory of her own. She fights in the slums of Neo-Paris to regain memories of her past as a memory hunter, but along the way she latches onto a new mission that promises to uncover an even nastier underside of this already filthy city.

Boiled down, Remember Me is a third-person adventure that’s heavy on exploration and combo-based combat. Think Batman: Arkham City, but with a main character that wears jeans that are far tighter than any Batsuit ever created. Seriously: this game is crazy with tight clothing.

Like the Dark Knight, Nilin has tons of neat tricks and skills up her sleeves, though they’re quite a bit more futuristic, and have much more to do with the mind than the body. Best of all her tricks, she has a unique power that lets her remix the memories of others. Through getting into one’s head and altering their memories, she can totally change that person, giving her the powers of God, in a sense.

And while Nilin may not have much of a memory, she still remembers how to kick some ass from her memory hunter days. The combo system is at the core of Remember Me‘s combat, and it allows you to freely customize strings of kicks and punches to beat down the creepy creeps that run along the trash of Paris’ underside. 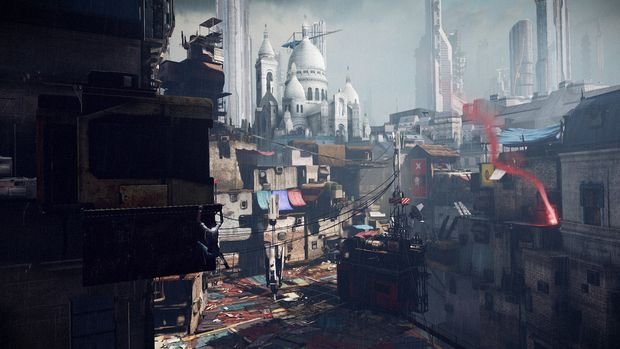 While all of the kicks and punches do damage to enemies, as you’d expect, you’ll eventually unlock moves with side benefits that allow you to do things like regenerate health for successful hits, or shorten cool down timers for special moves. One even increases Nilin’s ability to chain combos into others. You’re free to mix and match earned moves in combo strings, placing whichever you’d like into active combo move slots. Smart players will work strategy into combos, and then learn how to string them together to make varied situations a bit easier. For example, when the going gets tough and I’m down on health, I have a go-to combo that will help me get a few health bars back as well as warm up the meter for special moves. It’s more defensive than offensive, but if done right, it puts me in a place to do some bigger damage later.

The freedom of this combat system is one of the niftiest aspects of Remember Me. It’s too bad that the actual fighting needs more polish, the lack of which has you feeling a bit disconnected to the combos you’ve created. There’s something about the way hits connect that seems a bit loose and sloppy, making it feel like you’re not fully connected to the action.

The fighting isn’t so much bad as it is limp and imprecise feeling. There are times when the action is a bit heavy, and when you’re going nuts on the attack buttons and dodges you feel good about it, but there are just as many that have you feeling a bit let down. Despite a constantly running on-screen combo status indicator, most of the time I was unsure of which combo I started, or which hit corresponded with the displayed markers.

For the most part, outside the Uncharted-like hanging and platforming, my time with Remember Me involved frantic mashing of the X and Y attack buttons. Only the one-button dodge felt reliably useful. At least they nailed that one, as surviving key battles would have been terribly difficult without a reliable way of dodging to catch a breath. 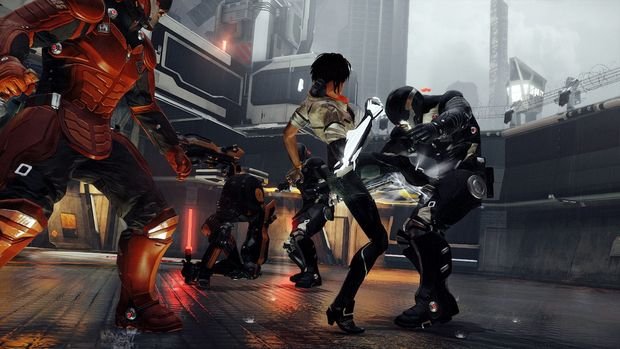 I will say that the more I played Remember Me, the more I connected with the combat system. It’s just that the learning curve was quite a climb. On the upside, the fighting action is fast and has real weight, again, reminding me of the Batman: Arkham series — definitely a plus. I just wish it felt more precise.

But don’t write off Remember Me for its loose combat. It’s not dealbreaker bad. And the game’s setting and atmosphere were more than enough to keep me hooked. On top of this, the gameplay outside of combat, like the memory remixing mechanic, brings even more to the table.

Remember Me is really weird, and I mean that in the best way. From the top down — setting, characters, and even music — this is a unique experience. It’s futuristic, but it rides on the very edge of believable, with a few stick-out elements that make for a distant future that’s pretty interesting. If you’re looking for something new and different to jump into, you’ll definitely appreciate how much imagination went into this game. 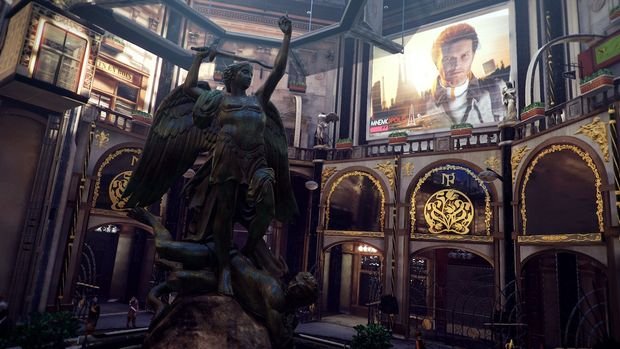 Anyone that has visited Paris will enjoy seeing Dontnod’s messed up future version. It’s fascinating to explore this future where humanoids, mutants, and humans co-exist amongst the ruins of a once great city. They all live together in a time where the business of memories seems just a prevalent as the business of food in America is today. Everything from advertisements, to NPC chatter somehow relate to Memorize and what they do.

You can’t help but want to peek around the corners and explore in this world that seems both familiar and foreign at the same time. Current day objects have holographic overlays or futuristic upgrades that practically beg to be interacted with. But, seeing as how Nilin is a wanted individual, this future of automated surveillance keeps you on your toes, keeping things interesting. So look around, but be careful.

And in playing into the game’s memory manipulation theme, audio and visual glitches are part of the style. Constant intentional graphical flubs and twitches, like stuttering and blocking, make it feel like you’re seeing a corrupted version of the story. There were several times that I felt like my experience was being tapped into, like someone was watching what was happening through Nilin’s eyes. Even the audio cuts out and stutters, tying this theme together. Remember Me‘s composer did a fantastic job of tying the theme into the game’s pieces. Overall, the audio and visual glitches are very effective, and bring even more depth to the game’s world. Very cool stuff. 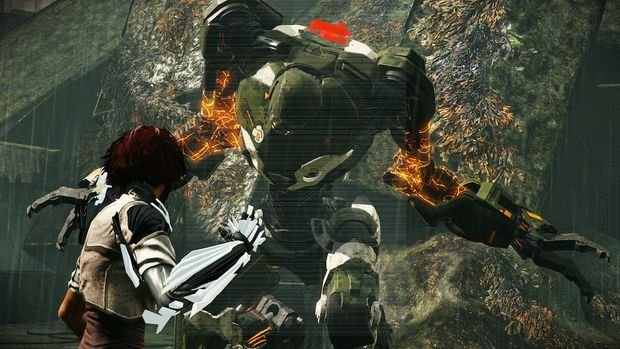 At certain points in the game, Nilin will use her powers to dig into the memories of key characters and change them to work in her favor. These puzzle-like instances are called Memory Remixes, and outside of some questionable control choices, they’re a nice change a pace from battle and exploration.

After hacking into her victim’s head, Nilin will witness an original memory, and then will be able to freely control the memory’s playback, looking for glitches that can be altered and change the original outcome. Nilin can rewind and fast-forward time as well as slow it down to scour the situation for openings, represented by graphical glitches. Watching for these glitches and using them to change the situation works a bit like a puzzle game. Only by picking the right glitches will you be able to change the situation, and in turn change the victim’s mind to work in your favor.

While not as involved as it sounds on paper, the memory remixing mechanic is pretty neat. I just wish that the rewinding and fast-forwarding of time didn’t require you to spin the left analog stick constantly. There are shortcut controls to shuttle time a bit faster, but it really starts to wear on you regardless, and especially when you’re moving the stick back and forth for slow motion control. 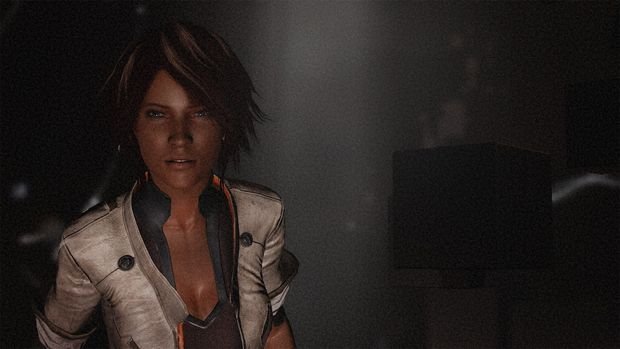 Again, I’d ask that you don’t get hung up on my gripes. Despite the clunky combo system and some camera problems, Remember Me has a lot offer. My creative/artistic side loves all of the work that went into the story, characters,  and world. It all makes for a very, well, memorable experience. But the well-versed gamer in me wishes that more time was spent on polish.

The lack of polish is not a dealbreaker, though. From what I’ve seen so far I’d say that Remember Me is a worthwhile romp.