Fantasy races of all sizes and skin colors have been slaughtering orcs and goblins for decades now, and it’s time to stop. Some orcs just want to live in peace, you know? But when it comes to videogames, people tend to prefer to act out their power fantasies by destroying non-human green freaks with as big a sword as often as possible, instead of thinking about whether they are killing the father of a few orc baby twins with seal-shaped eyes.

Of Orcs and Men turns the tables on the humans by putting you in control of a giant orc and a small goblin, who start off on a quest to reach the human Emperor and try to put an end to the orc races’ genocide, slavery, and persecution. 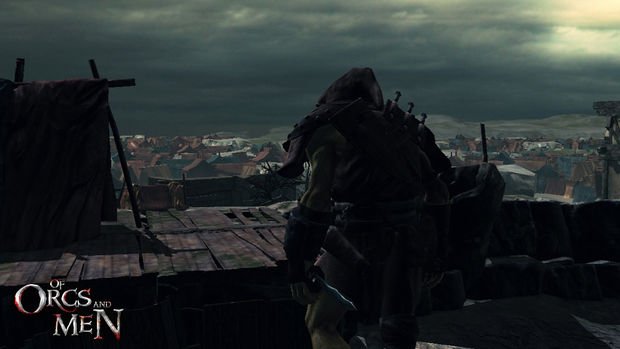 Humanity has had enough of the constant wars with the orcs, and inspired by their Emperor, they’ve set out on a campaign to just get rid of the problem once and for all. (That guy must be the worst father-in-law to have.)

The unlikely duo under your control consists of an orc veteran soldier who is your melee brawler tank type of guy, and a more sneaky goblin who is essentially your rogue. Together, you must find your way through the human lands and kill a lot of human soldiers on the way. But it’s not as simple as you might expect from games with this type of two-character mechanic. 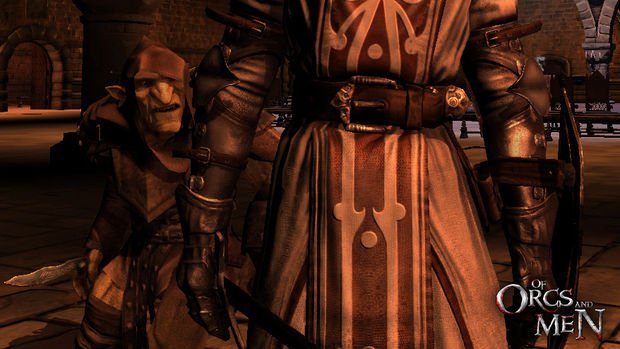 While the smaller goblin can do things like sneak around, backstab soldiers, and find small holes to crawl into — and the orc can break doors and move heavy objects — combat is meant to be played more tactically like a short game of chess. The orc soldier might be strong, but he’s not an invulnerable tank. Especially spear-wielding soldiers can do a lot of damage against him, which is where the goblin comes in to dispatch of them with faster attacks.

The combat encounters require you to think ahead of which enemies you can take out right at the start, which ones you can hack & slash your way through, and which ones you’ll want to take out with which character.

When in control of either character, you can pause combat and assign a queue of attacks for both of them using a weapon wheel (think Dragon Age or Mass Effect). Of Orcs and Men is an RPG at heart, so you also have your special attacks to level up and use on whatever enemy they are best tailored for. You can even do “co-op” attacks (this is a single-player game, though) in which the orc throws the goblin at a soldier for damage, and if you switch to the goblin in mid-flight, you can then stab the hell out of the poor human when you land on him. 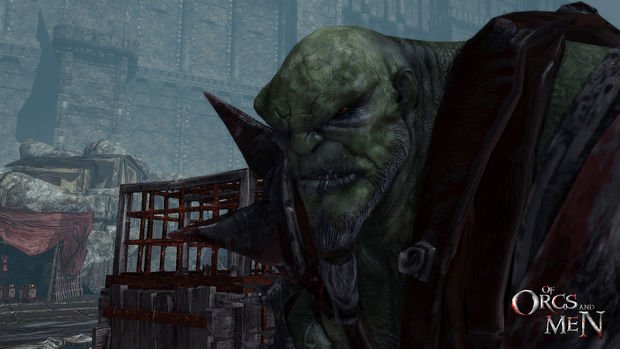 Between combat encounters, your health regenerates fully, so you have to see combat as more of an instanced form of encounter rather than just running through a level and slicing up everything that stands in the way.

The orc and goblin share their banter along the journey and don’t agree on everything due to their different personalities. Dialogue options reflect this as well, making you keep their individual tastes and opinions in mind when choosing your path. A path that isn’t going to be an easy to thread, since the world of Of Orcs and Men is a gritty medieval one — but also one that is somewhat grounded in reality. So no mages that cast fireballs or anything like that.

The game has an interesting premise with the potential to become somewhat of a cult hit if done properly, so I’m really hoping the narrative will make us reflect on what it means to be human from the perspective of an orc. It’s a game with a concept and combat system that will appeal to a group of people, but it will need that extra bit that makes people talk about it and pay attention, as it’s also the kind of game that is easy to overlook these days.