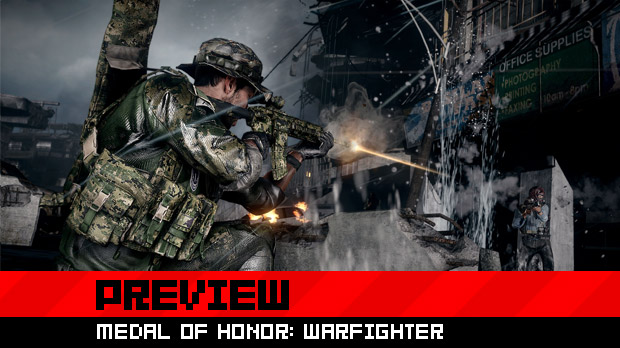 When EA decided to reboot the Medal of Honor franchise with its 2010 release, it wasn’t met with the warmest of receptions. While it certainly wasn’t an amazing shooter, I thoroughly enjoyed the time I spent with it.

Soldiering onward (see what I did there) is the upcoming Medal of Honor: Warfighter, EA and Danger Close’s response to the criticisms leveled against Medal of Honor, and it answers them surprisingly well. 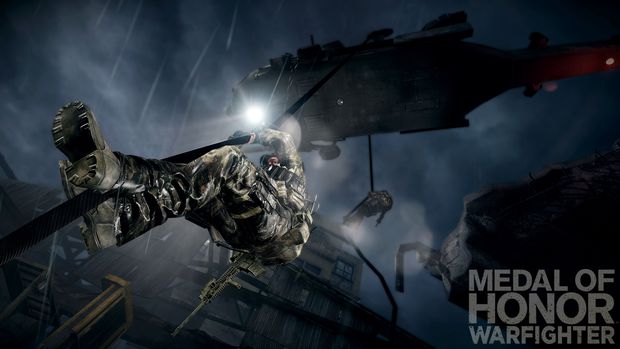 From the demo’s opening cutscene, the first thing I couldn’t help but notice was Warfighter’s much-improved visuals. Frostbite 2 is here, and in full effect, though this is a modified version of the engine that built last year’s Battlefield 3. Rather than the massive-scale environments and environmental destruction, Frostbite 2’s graphical prowess is redirected to more micro-level assets.

Debris, character models, and facial animations are just some of the things that have gained a huge boon from the redirected focus. Conceivably, Warfighter will have plenty of chances to flex its graphical muscle with the bevy of locations the game will be taking place in.

While 2010’s Medal of Honor occurred entirely in the mountainous regions of Afghanistan, Warfighter is decidedly more global. Characters from the first do make a return, so fans will be happy to step back in the boots of Preacher, fighting alongside returning squad-mates like Mother and Voodoo. 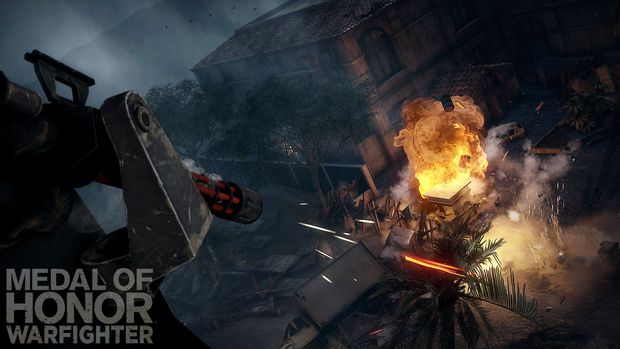 Speaking of returning characters, the story in Medal of Honor: Warfighter seems to be a bigger focus than it was in the first. Honestly though, it does come off as just another military story. You know, the kind that carries the heavy handed overtones and themes of family, freedom, country, and your brothers in arms. It’s also not as ballsy as the first game.

Rather than dealing with such a controversial and real-world setting as Afghanistan, Warfighter seems more Hollywood as its missions take place all around the globe. Nothing exactly eye-catching here, but so long as it serves as a decent enough reason to go hopping around the globe, I’m fine with it.

In our demo, which was pretty brief, we found ourselves in Isabella City in the Philippines. The story here followed Preacher and Mother, working in conjunction with Filipino Special Forces, as they attempted to capture a high-value target. As is the case with these things, the mission goes horribly wrong, and it’s time to go in guns blazing. 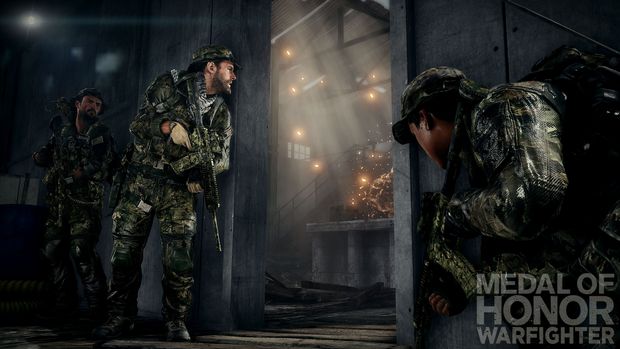 Anyone familiar with the last game — or even the Battlefield series more generally — should feel immediately comfortable with the gunplay here. Weapons carry a real sense of weight and kick when fired, and factors like bullet drop and target distance have more of an effect than in other shooters. Bullets will also prove to be finite to those that love to spray targets rather than take surgical shots, so you will need to stick close to teammates with similar weapons to replenish ammo. Peek and Lean, the quasi-cover mechanic from Medal of Honor, makes a return as well.

As the name suggest, it allows you to lean against cover, and scope in over it for quick and safer shots. It worked well enough in the last title, and it’s functionally similar here. One new addition to combat is the ability to switch sights when scoped in. So if, say, your rifle has an ACOG scope, you can click down on the right stick when scoped to switch to your iron sights. It’s actually a very handy feature, as the ACOG scope we had wasn’t ideal for some of the close-quarters fights in the early parts of the demo.

Almost as soon as the demo had started, it was over. While brief, what was shown is a definite step up from the last title. The gunplay adds a few new wrinkles to an already solid system, the variety of settings is looking to be a welcome addition, and the visuals are already far better than the last game. Even if you were not necessarily a fan of the first, Warfighter does warrant the attention of shooter fans.