DUST 514 is the next big thing from CCP as it’s a first in our industry. Your actions in the free-to-play first-person shooter on the PlayStation 3 will have a direct effect on a totally different game on a separate platform. That game of course being EVE Online, the PC MMORPG that has more subscribers than the population of Iceland, home of CCP.

Iceland is also home to the annual EVE Online Fanfest. Like BlizzCon in the States, Fanfest is the go-to place to learn more about EVE, meet fellow players, and it’s where many people got first ever hands-on with DUST 514. I played with CCP’s ambitious new project and feel it has a potential to set a new precedence for console gaming.

There are countless established first-person shooters on the market, to the point of saturation, yet here comes a company entering a genre that is the complete opposite of what they’ve been solely focused on for the last nine years. What sets DUST 514 apart from everything else is quite literally the direct connection it has with the EVE Online universe as both games share the same universal single-shard server.

DUST players will communicate with EVE players (or the AI) to get contracts and accomplish certain objectives on a map. Mind you, these maps are located on any given planet within the EVE star system. At launch you can expect to fight across 7,000 planets, with multiple locations on each one. Maps will vary in size, although most are designed for large-scale battles (up to 48 players can play in a match right now) and there will be different modes such as team deathmatch and objective-style stuff too. The initial maps will have a pretty standard desert look going for them, but CCP will release more planets set on ice, water, volcanic, and other types of terrain in 2013. 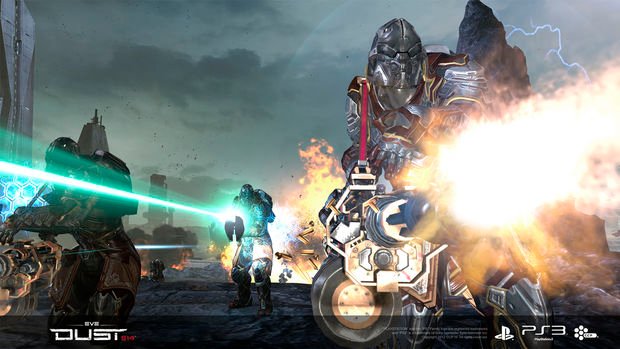 EVE is a game about gaining territory for your group/corporation and now DUST will extend that by allowing for planetary control as well. Gaining a planet will provide benefits to each game world, such as resources, ISK, and more to be detailed down the road.

Additionally, what you do truly matters. The better the player you are in DUST, the more sought after you become. EVE players won’t want to hire just anyone for their galactic conquest needs, and will be looking for the best players and teams to spend their hard-earned ISK on.

The other half of the EVE/DUST connection is that EVE players can directly help DUST players on the planets below. As described by Dale from the Fanfest 2012 keynote, a DUST player can request an EVE battleship that they’ve taken the initial contract from to attack a target. This type of assistance can surely turn the tide of battle quickly, and I wonder how crazy it will be in a real scenario as enemies can do the same thing. Not only can players counter-attack an EVE strike by firing up into space (if they have the right building), the other team can also get their own EVE spaceship backup to fire upon the opposing DUST players or the just engage the enemy in space. 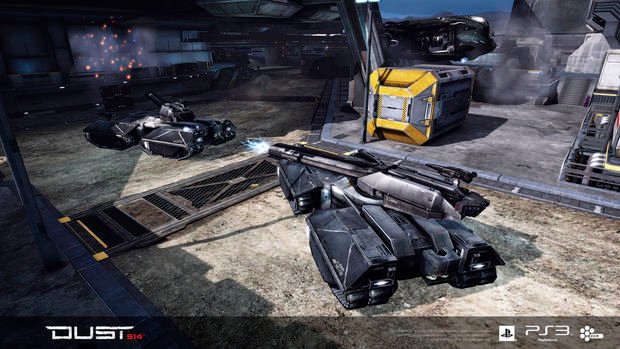 We can only fantasize and speculate at how all this will be able to transpire in a real setting beyond what was shown during the DUST 514 keynote at Fanfest. For now, though, I’ll break down what I experienced with my hands-on time of the game.

DUST 514 begins with your avatar appearing in the Armor Quarters, located on a space station in the EVE universe. You can walk around this space to find info on what’s happening in the game world, but really, the main thing you’ll be doing here is customizing your character. By pressing start, you’ll pull up the NeoCom menu that gives you access to finding battles (either via quick match making or choosing a planet from the star map), the market, social features, game options, and customizing your character.

EVE has always been about freedom, and of course DUST 514 will offer that same mentality. You’ll be able to choose different classes, such as assault, scout, heavy, and engineer with more to be revealed down the road. You won’t be strictly limited to a certain set of skills and weapons tied to each type, either. Each group can have shared traits; for instance, a heavy being able to run faster and scouts carrying a heavy type weapon. There will be a balance to this, so a heavy that can run faster won’t deal as much damage and the scout with a heavy weapon can’t run quite as fast. 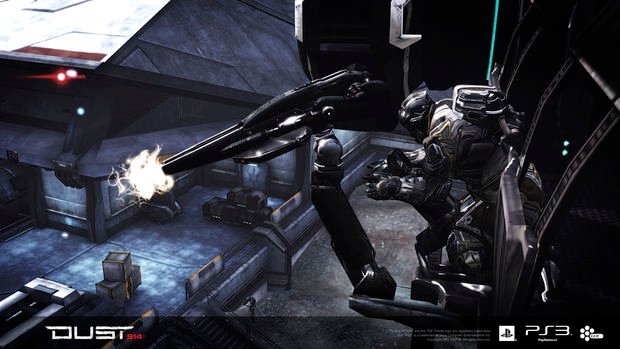 Vehicles are also fully customizable, allowing you to equip your choice of weapon onto them. The tank, for example, can be mounted with three different turrets on it, the main one controlled by the driver and the two additional ones controlled by your teammates. Other vehicles I saw include a jeep and a dropship that can shuttle players around.

Of course, being able to customize to your heart’s desire will require you to first earn some ISK, the in-game currency of DUST 514 and EVE. The market will be the place where you can buy weapons, equipment, dropsuits, modules, augmentations, turrets, vehicles, skills, and more. The more battles you win, the more ISK you earn.

Seeing as how this is a free-to-play game, you can spend real cash and buy what you want. CCP stressed that DUST 514 is not a “pay-to-win” scenario, and everything you can buy with real cash has an equivalent item that you can eventually earn through the game. 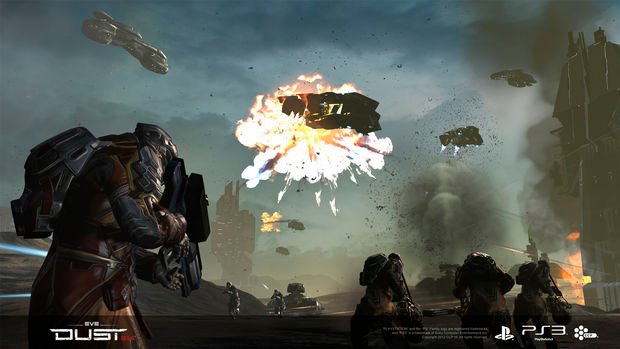 CCP wasn’t ready to talk specifics, but the items you can buy with real currency will range anywhere from a penny up to hundreds of dollars. There will be a huge range of purchasable items that will be shaped to the player’s taste as standalones, bundles, packages, and more. The characters we were playing with were decked out with skills and weapons that would take over seven years to get as maxed out as they were through the in-game leveling and ISK.

Earning ISK can also be accomplished by manufacturing (crafting) goods just like in EVE. EVE players can manufacture things to benefit DUST players and vice versa. What this will actually entail will be revealed at a later date.

At its core, a lot of the gameplay elements of DUST 514 reminded me of Tribes, Section 8, and even Battlefield 3. Before each spawn, you’ll be able to select from any one of your custom classes and then get launched into the match. You’ll be able to go in with at least two guns, grenades, and special. You can call in for building drops such as ones that allow for new spawn point locations and turrets and you’ll be calling in vehicle drops as well. 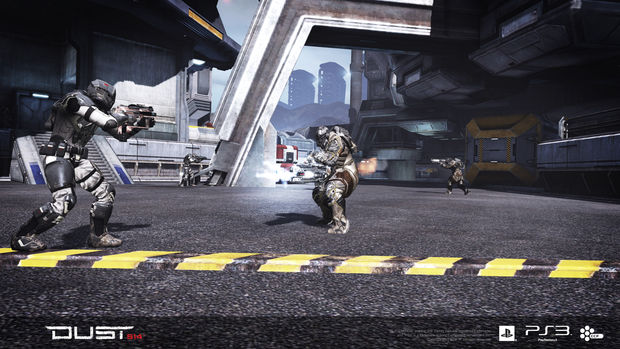 Shooting, unfortunately, felt very loose and it seemed to take a ridiculous amount of fire power to actually kill someone. The worst was that it takes way too long to throw your grenades. Your target would be long gone by the time they dropped. Vehicle handling was pretty poor too, but the ability to switch from a first to third-person view in a vehicle made controlling a little easier.

Everything I saw and played with was a work in progress, so a lot of things weren’t final and will get improved. In fact, the screens accompanying this write-up are vastly superior than the visuals were during my hands-on. The biggest priority that CCP should have, in my opinion, is the controls. Players will move on fast if they’re constantly struggling with them. There will be a beta this April that everyone attending Fanfest will get early access to and it will open up to more folks in June. Getting to attend Fanfest was a unique experience in that I got to witness first-hand how there are no barriers between the developers and fans. CCP isn’t talking at you, they’re talking with you and want to work together to make their games the best they can.

The huge support Sony is giving CCP coupled with the ravenous fanbase that makes up EVE promises to usher in something amazing. DUST 514 is CCP’s chance to reach a broader audience through a far more accessible game. They’re aiming for AAA status and want to be just as competitive with the big boys like Activision and Electronic Arts in the genre. As the resident FPS nut at Destructoid, I’m looking forward to seeing just how this all folds out.