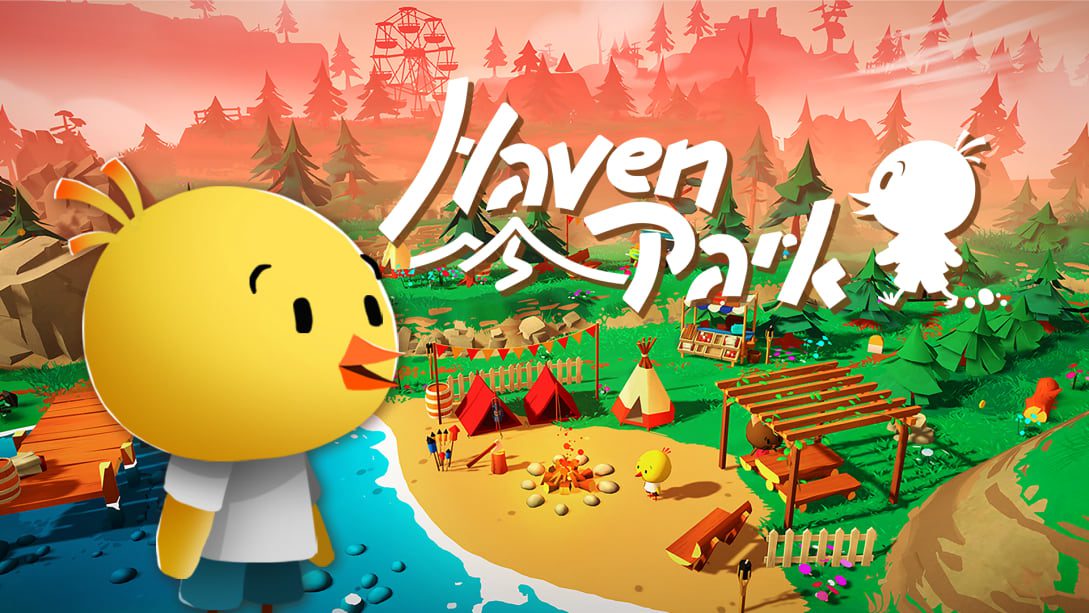 We run, we jump, we swim and play…

If you watch the trailer for Haven Park and think to yourself, “Boy, this sure does look like A Short Hike,” that’s intentional. The developer, Bubble Studio, mentions the indie darling as one of the inspirations behind the project, along with Animal Crossing. And it wears those inspirations on its sleeve, with an entirely animal cast, a beautiful island to explore, a bird lead character and little campsites where visitors will ask some favors of you á la Pocket Camp.

Those two titles are wonderful sources of inspiration for any indie developer looking to ride the current wave of wholesome games. However, you have to remember there is more to them than just the warm feelings they feed into your soul. Their wholesome nature may be at the forefront of what players see, but behind those edifying facades are solid gameplay mechanics that actually drive the experience. And ultimately, that is what’s most important when making a game and what’s missing most from Haven Park. 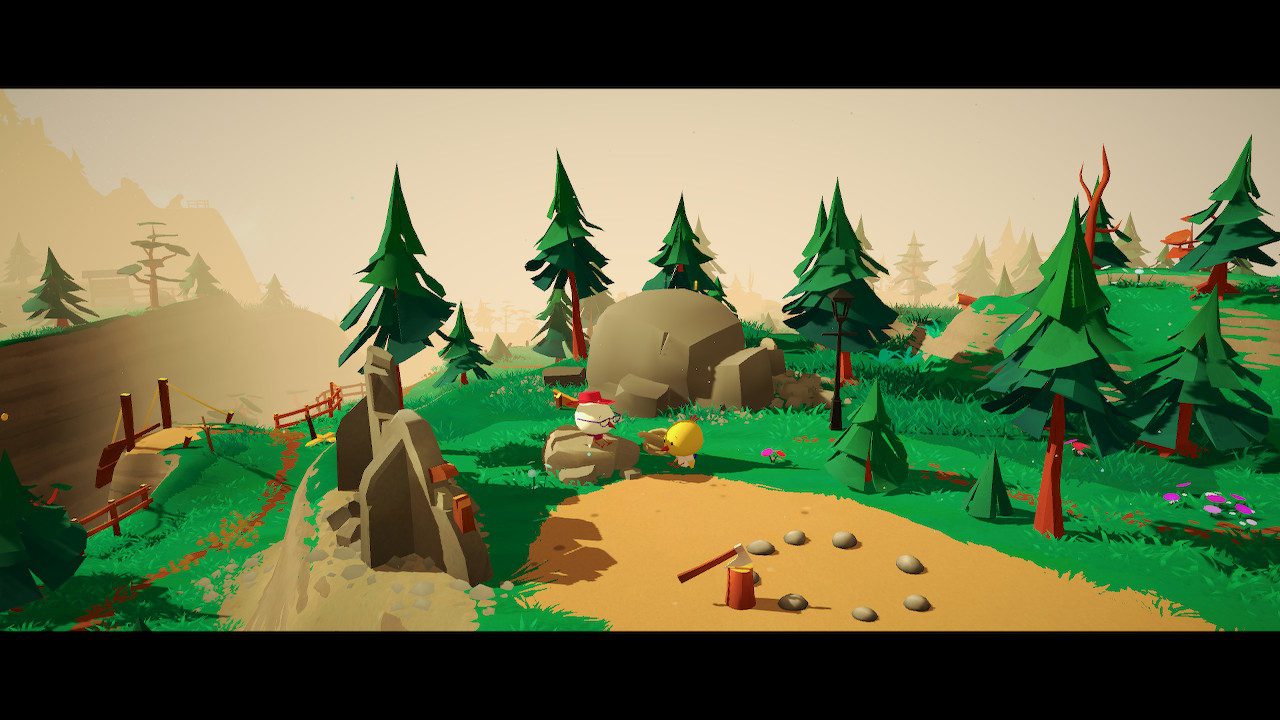 Haven Park casts players in the role of Flint, a little yellow bird who sets out to rehabilitate an island of campgrounds once maintained by his grandmother. She’s along for the ride, and throughout his journey, the two will share some warm exchanges and words of encouragement as Flint discovers whether he has what it takes to fulfill his destiny.

Okay, admittedly, that last sentence makes this game sound grandiose when really it’s rather humble. Flint may be on an epic quest of the soul, but his actual journey across this island is nothing more than fetch quests, crafting, and scrounging for supplies. The campgrounds he discovers across the island are dilapidated, and he’s going to need all the wood, metal, fabric, and mushrooms he can find to revitalize them. As players craft elements for these campgrounds, visitors will appear out of nowhere to hang out, offer compliments on your caretaking, and occasionally send you on a quest.

Supplies around the island are initially abundant, but it doesn’t take long for them to start drying up. These logs, rags, and girders don’t repopulate, and if you’re not careful, you could end up painstakingly searching every nook and cranny of the island, looking for whatever tiny supplies you might have missed to score some experience points. When you gain a certain amount of XP, you’ll level up. When this happens, you’ll be able to unlock new skills that’ll help make your island excursion a bit easier.

Unfortunately, these elements are handled haphazardly. The entire experience point system feels unnecessary to Flint’s journey, and some of the skills you unlock really don’t seem like they should be tied to leveling up. You gain experience for nearly everything you do in Haven Park, from picking up a twig to completing a fetch quest, but the amount of XP you receive is universally low, and it often fails to reflect the time invested into completing each activity.

Some of these activities are charming, such as a choose-your-adventure book that tests your knowledge of the immediate area. Others can be more of a bother. There is one you can only complete at night, but because the game doesn’t have an easy way to pass the time from day to night, you might just end up waiting around for a while.

Of course, you could pass the time by building up your campsites. But this is a pretty underwhelming activity. There are very few objects you can craft, even when you unlock the skill to craft all items. There are just four shelter types, so all of my campgrounds really started to bleed into one another the more I developed the land. The only thing really separating the look of each campground are the wildly different layouts that can sometimes make item placement a hassle. 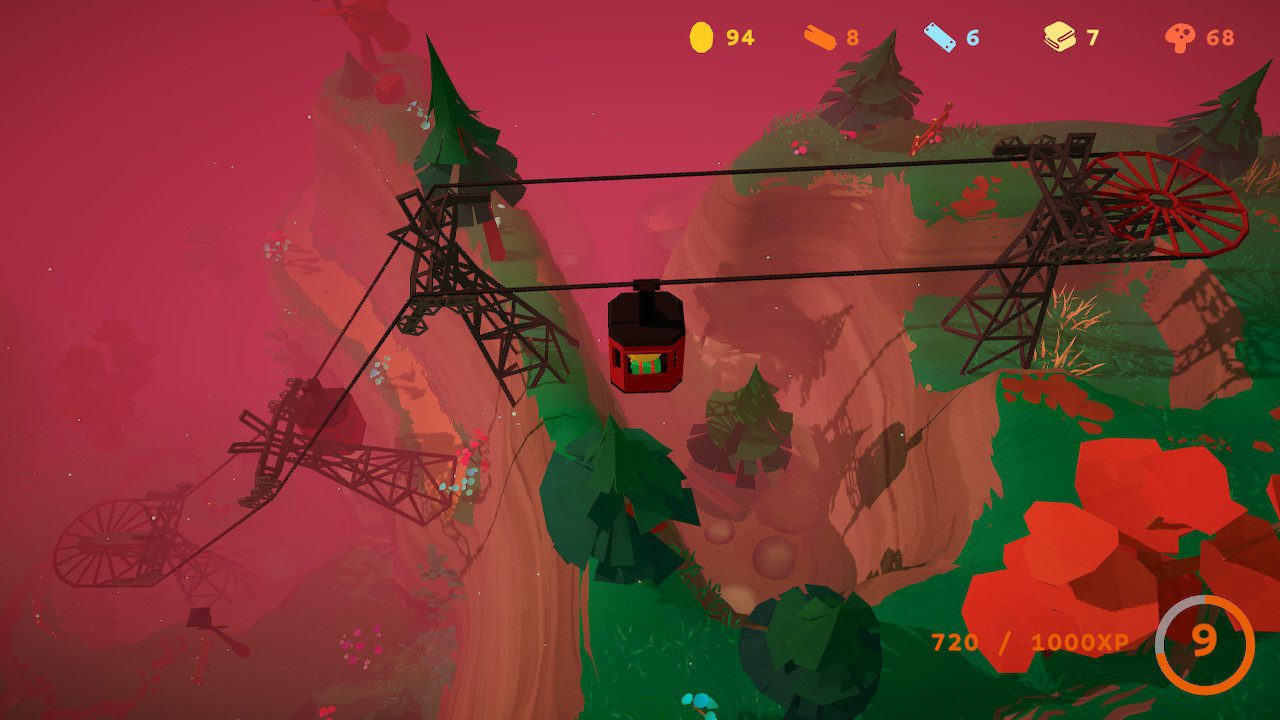 What’s interesting though, is the campground portion of Haven Park is largely inconsequential to the overall goal of meeting up with Grandma on different points of the island. There is just a single campground you have to develop to see the credits roll. Beyond that, Flint’s explorations and redevelopment endeavors are two completely separate elements that have little bearing on one another.

In fact, I get the impression the developers of Haven Park know this because the first day I played it, messages kept popping up asking if I was lost. To be fair, this has been toned down with a recent update, but for a game that has an island beckoning to be explored, this was a rather troubling development. Anytime I wandered away from a campground, it would ask if I needed help, as if to discourage players from playing the game how they want to. 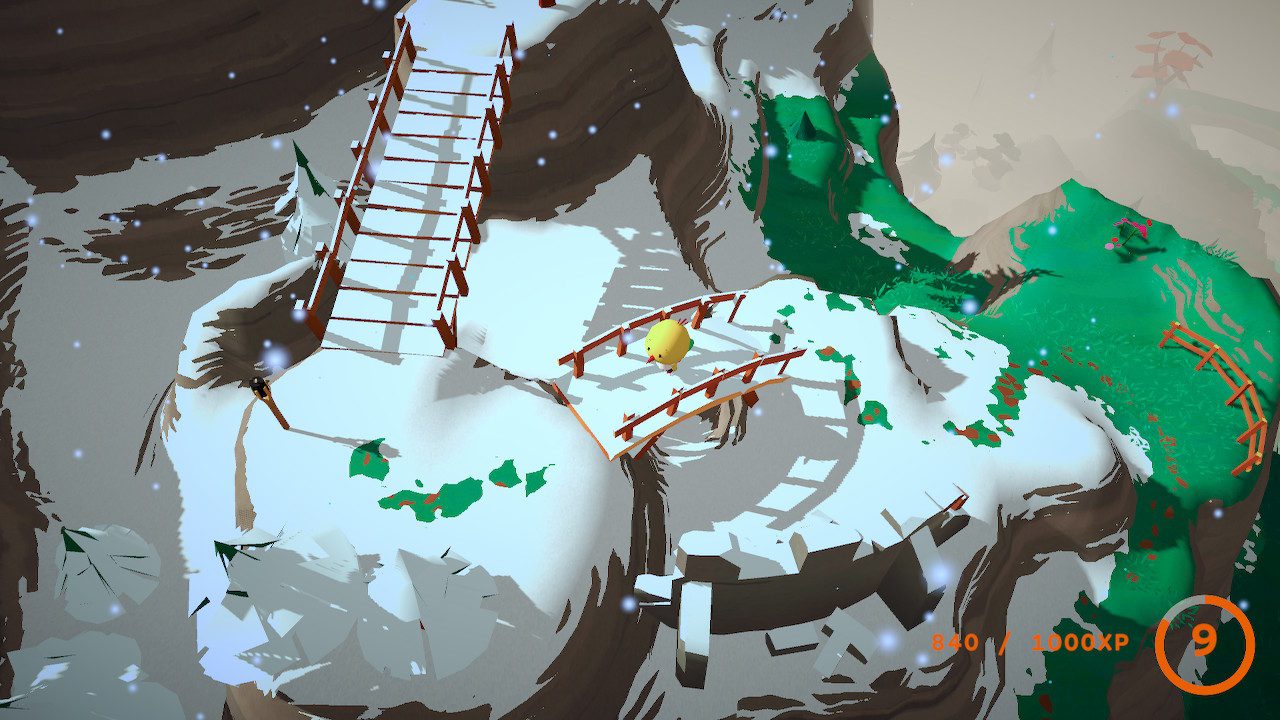 And that’s a shame because I really like the design of this island. I think it is a beautiful piece of land with charming art direction and little points of interest that make exploring worthwhile. The washed-out trails force players to find new paths and it’s a treat to see how the developers managed to connect most of these locations. Ultimately, discovering everything the island had to offer was the most enjoyable part of my journey, easily eclipsing whatever efforts I put into the campgrounds and the well-intentioned-but-saccharine narrative.

Haven Park certainly fits in with the current trend of wholesome games. It’s warm, it looks delectable, and you can make Flint say “Pew” every time you hit the A button. But like many of its ilk, that wholesomeness is a cover for an experience that is largely unengaging. Nothing here coalesces into a complete package or meets its full potential, leaving players with an assortment of good ideas in desperate need of some solid execution.