For as long as I’ve been playing games, I’ve never felt fully comfortable with first-person shooters. Third-person? Sure, I’m good. But there’s just something about the genre that I haven’t been able to keep up with, and it’s now to the point where I feel somewhat overwhelmed with the latest titles. I was fine back in the Doom and Unreal Tournament days. Maybe I’m just getting old.

That said, I was able to jump right into ShootMania Storm, and it felt right. This is the most accessible FPS I’ve ever played, and it’s pretty fun, to boot. 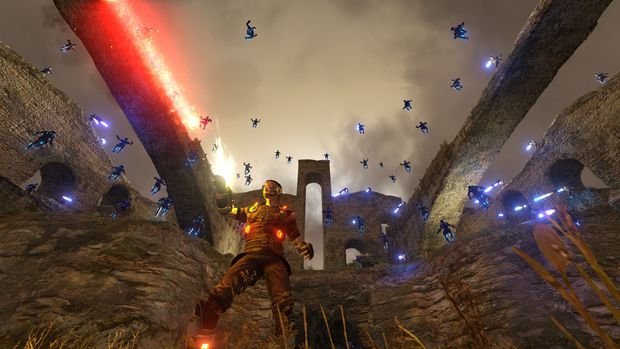 Nadeo studio, part of the Ubisoft collective, brings us the next game in the ManiaPlanet series, following TrackMania 2 Canyon. ShootMania borrows the same key aspects that made that racer so great: near-instant accessibility and the ability to create your own content. And that’s all there really is to it — make your stage and shoot each other in it.

The accessibility is what I love about this game. All you need to do is watch one match to learn how things work, and then you’re in. There are no loadouts or unit types to figure out; everyone has the same power, the same pre-equipped weapon, and the same movement ability. Put simply, you’re either a red guy or a blue guy (or one of two other colors, in a four-team match). There’s no cover system, no perks, and no air strikes. It’s just you in your colored suit, running like mad and shooting like crazy to cover your ass and/or protect your flag points. Move, shoot, and jump. That’s it. 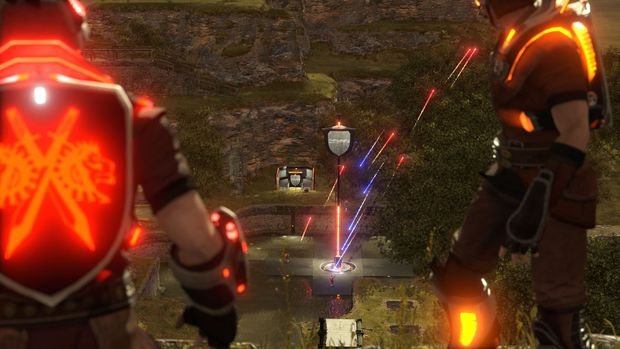 My time with this very basic shooter had me working with two teammates in three-on-three games to capture flag points by standing on them. A couple of shots take out any enemy, but they respawn from base instantly, making for a very quick game. The first map we played on had the spawn point set directly behind the flag point, and the enemy side was mirrored exactly. These one-minute matches were spent frantically firing while trying to man the flag point long enough for its meter to fill and earn a point. This was so fun that we went through nearly a dozen matches before we knew it.

The next map we played was a bit more complex, but there was still next to nothing in the way of a learning curve to deal with. The two sides were divided by a deep ridge where you’d fall into a pit, putting you out of the game. At the edge of the ridge on both sides stood three of the flag points, with victory going to the first team to to cross the ridge and fill all three flags’ meters up. Launch pads on each side of the ridge sent players high up into the air, permitting some top-down killing with good aim. This ended up being even more fun than the last. 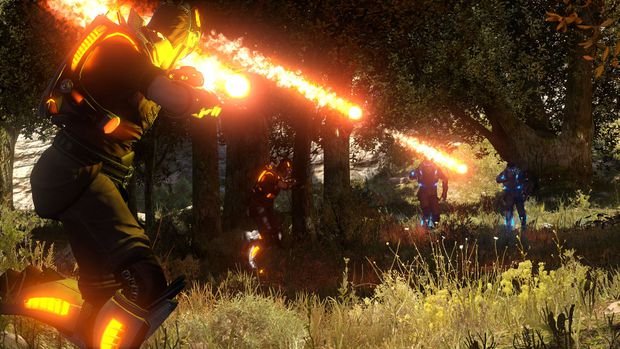 These were just two examples of the type of user-created maps to be experienced in ShootMania. In a demonstration video, we saw many different types of pits, walls, and other obstacles to fight around, and it seemed to show battles with dozens of players at war. And while the two maps we played were fairly simple, examples pointed to some complex layouts featuring high ridges overlooking mazes. I’m sure that there will be players who go nuts with the creation tools to make insane maps, and I’ll be online to look for them and play through them. 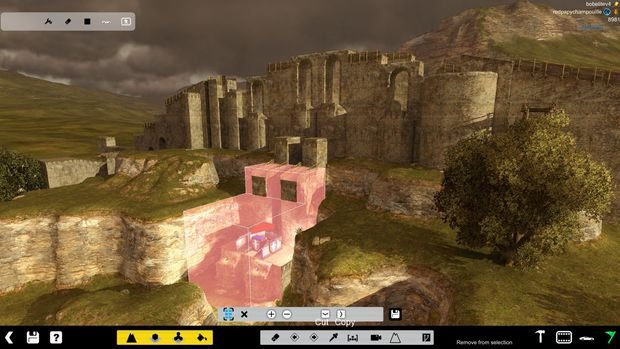 ShootMania Storm is a non-violent shooter. Well, it’s about as violent as laser tag is. In fact, I wouldn’t even call what you attack with a weapon, really. They’re more like arm-mounted light-ball cannons, making this game play out like a slick version of a Nerf gun fight. Also, no one really dies. They just kind of freeze and disappear, only to respawn back at base a second later. You won’t have to worry about corrupting some kid’s mind when playing this game with them.

In keeping with the accessibility theme, ShootMania‘s engine scales to make the game playable on just about any PC equipped with a graphics card. We played on what seemed to be fairly high-end machines, and the game looked really nice, with a high frame rate and some slick particle effects for the attacks. Nadeo promises smooth gameplay on just about any system, though. Hopefully it will run on my work computer. 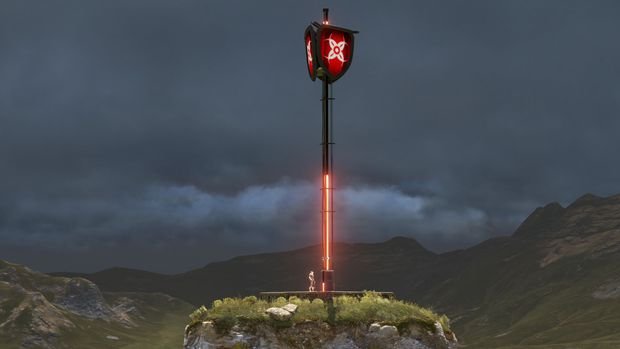 Unfortunately, the map creation tools were not shown in this session, and Nadeo wasn’t talking about any of the other game modes that will be in the final version. Still, ShootMania Storm is incredibly easy to get into, fast playing and highly competitive — just how I like my FPS games. But, better than all of that, this is a game that will be shaped largely by its user base. Letting users create their own worlds worked well Minecraft, so I’m expecting great things for ShootMania.