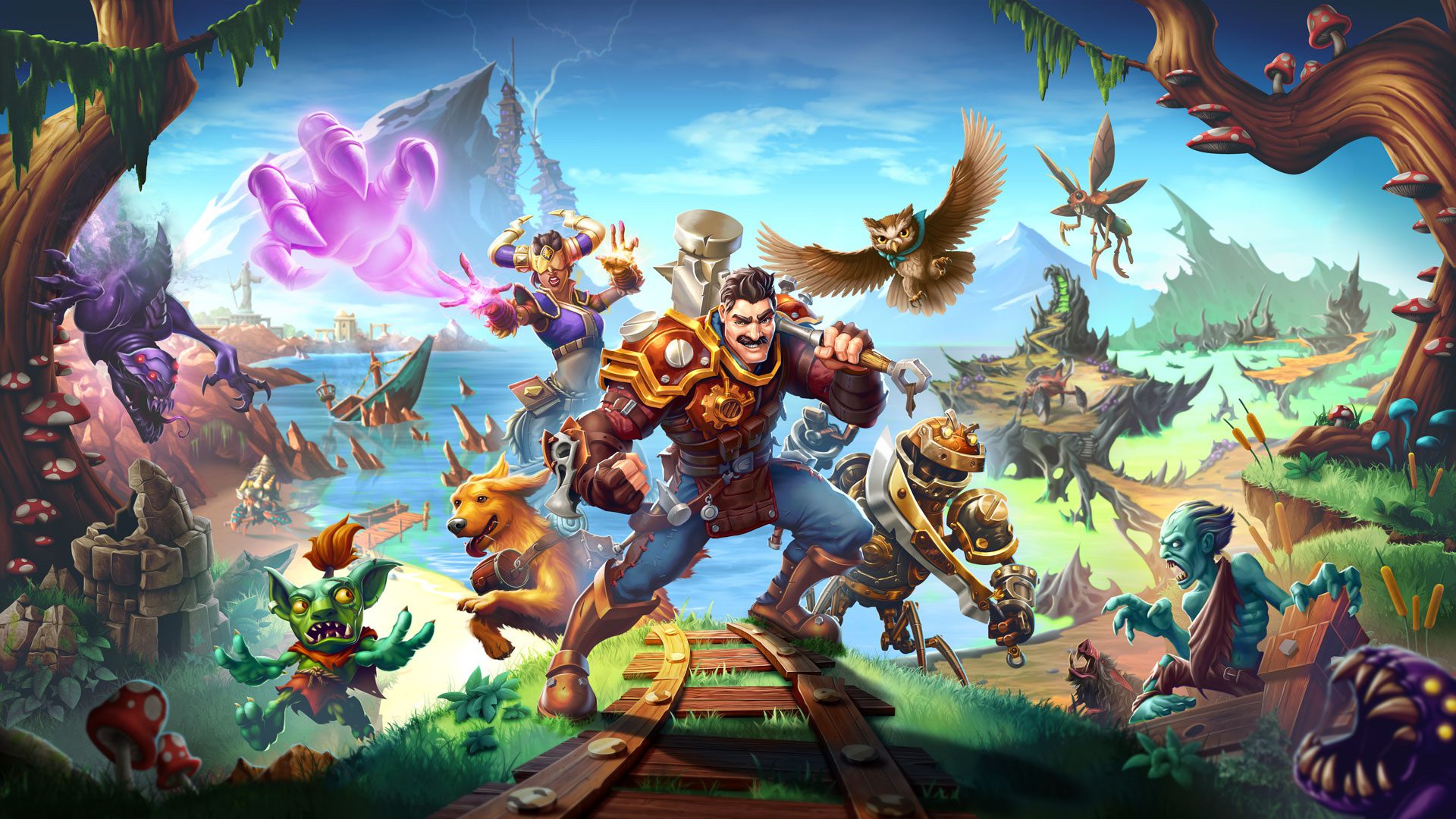 More of a side-step than a full sequel

I didn’t expect to be playing Torchlight III so soon, and definitely not in Early Access, but here we are. Well, here some of us are. After a surprise release over the weekend, the dust has settled. It’s playable.

One glance at the Steam user reviews paints a grim picture; that’s what happens when a (currently) online-only sequel to a popular series comes out of the gate with server issues. For my part, I didn’t start playing Torchlight III until Monday – by that point, at least for me, the connection issues weren’t as prevalent – but I still faced a few way-too-long loading screens that kicked me back to the menu.

The thing is, it’s not just disconnects. While I initially thought people were being too hard on the game (and some of the knee-jerk reactions undoubtedly were), there are also fundamental design concerns.

Is Torchlight III worth playing yet? For most people – even longtime fans – probably not.

Before I go any further, it’s worth pointing out that an account/character wipe is planned once the Steam Early Access period nears its end, so if that’s a deal-breaker for you, feel free to peace out. That huge caveat would normally be too big of a hurdle to overlook, but I will say that Torchlight III falls on the lighter, fluffier side of the action-RPG spectrum, so it won’t be quite as heartbreaking to say goodbye.

Besides! It gives me a chance to try someone other than the train-building, hammer-smashing Railmaster at launch. The robotic Forged, arrow-slinging Sharpshooter, and light/dark spell-casting Dusk Mage will just have to hang tight. One wiped character is all I can handle, even for a review.

The story has three acts – although only two are playable right now, and some of the illustrated cutscenes are unfinished in a storyboard-with-voice-overs sorta way – but you aren’t going to (or at least shouldn’t) play this game for its narrative. Evil is afoot and you’re going to click until it stops.

I can’t stress enough that if you’re coming in expecting an expanded take on Torchlight II‘s ARPG combat or character builds, you’re bound to be underwhelmed sooner than later. Classes have two main skill trees, and a skill can be powered up a maximum of ten times. As you invest points into skills, they’ll hit new “tiers” (thresholds) every so often that’ll make them more potent or versatile with added perks.

For example, my decked-out turret train improved its attack speed and added piercing bullets, while my Hammer Spin skill provides a short movement speed and shield boost. All told, as the Railmaster, I could have 14 possible skills if I wanted to be a jack of all trades (but I prioritized train-related skills).

That’s all fine in theory for a more casual, laid-back game. In practice, I found a playstyle I liked early on and it rarely evolved in a meaningful way. Rising numbers aren’t enough of a motivator on their own.

Generally speaking, for better or worse, Torchlight III is streamlined, accessible, and quick to the point. There’s very little downtime in or out of menus. Respecs are possible, but they’re meant to be infrequent, and the most dynamic change to combat comes from Relic Skills. They’re the best bit by far.

Relics are gear items that you’ll craft using boss-dropped Ember Cores and level up independently. They have their own skills – most of which are passive and won’t sit on your limited hotbar – and they’re powerful enough to warrant a long “ultimate attack”-style cooldown once they’re triggered. I went all-in on the poison-spewing Bane relic (no regrets!), but you might summon a fiery sword or lightning storm.

The last tab on a character’s Skills page, The Legendarium, is a way to add (up to three) bonus passive skills to your hack-and-slash adventurer by breaking down Legendary items at an Enchanter’s Altar. It’s something to strive for, and the same goes for personalized Forts in general. Torchlight III sets aside an account-wide space for players to customize. It’s a neat idea in theory – I like sacrificing unwanted gear to a tree to improve my luck – but the base-building system comes across as an afterthought. I think most players will put in the bare minimum effort since that’s all you really need for practical benefits.

The level layouts – and even the world map screen, for that matter – also feel like a holdover from a prior vision. I dig the art direction, but there’s a sense of repetition and linearity that doesn’t do the game any favors. The corridor-esque zones bleed into each other in an uninspiring way.

After a dozen or so hours of Torchlight III, I hate to say, I’ve pretty much had my fill. Depth – or at least the perception of depth – is sorely missed. The game doesn’t do enough to encourage experimentation or creativity. As much as I can see the appeal of a straightforward action-RPG when I’m feeling overwhelmed, the loot grind isn’t enticing enough and skill customization lacks long-term hooks.

Technical issues are unfortunate, but they come with the Early Access territory. I can deal with the occasional stuck-in-place enemy, buggy UI elements, the promise of a third act and endgame, and moments of chaotic lag, all of which I expect will be addressed in updates. I’m much less forgiving when the basic pitch – the core design of Torchlight III – feels more like a spinoff than a numbered sequel.

It’s no secret that Torchlight III was previously developed as a free-to-play game called Torchlight Frontiers before Echtra pivoted the project and changed its name. I don’t necessarily feel that full meandering history when I play Torchlight III, but I can sense that the game went through the wringer.

How much further Echtra can expand and refine this game remains to be seen. For now, at the onset of Early Access, Torchlight III is incredibly okay. I’m not convinced that’s enough to stand out in 2020.