Umurangi Generation is an indie darling from 2020 that too many people overlooked last year. Despite ending up on a score of end-of-the-year lists, the game still boasts just four scored reviews for its PC version on Metacritic. Like many great indies that get lost in the shuffle on Steam, developer Origame Digital is hoping to give the title a second wind with its release on Switch.

If you skipped over it the first time, I hope you’re paying attention now, because as CJ Andriessen and I found out, this just might be one of the best games you’ll play this year. 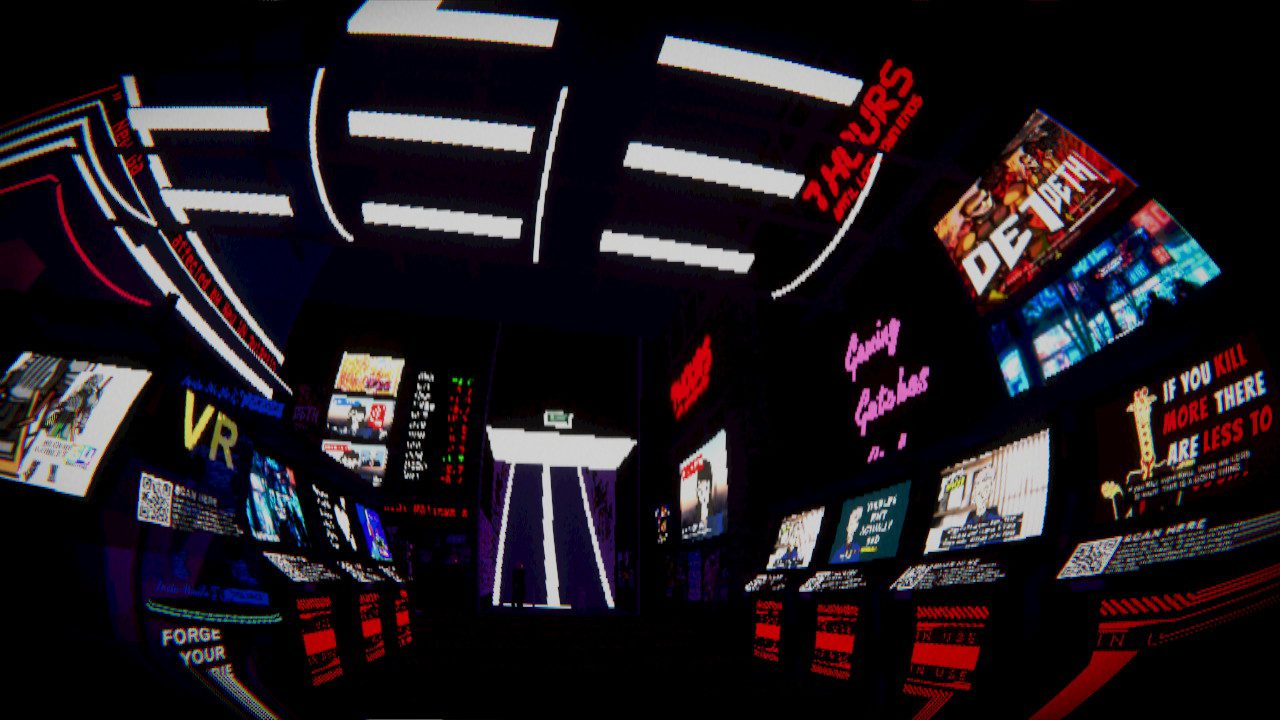 Holmes: Fun games focus on their strengths. Genius games turn their limitations into assets. Umurangi Generation does both. On the surface, it’s all about becoming a photographer. Take a specific set of pictures — one with three boom boxes in it, one with two people wearing face masks, one that contains the word “fascist,” etc. — and bring the pics to a delivery point on the map before time runs out. That’s the setup.

Finding your subjects in the environment and framing them up is the payoff. This calls for a mix of light platforming and enclosed exploration. You may need to climb a roof via a series of double jumps to get just the right shot of some smoking soldiers or make your way across a narrow scaffolding to get a wide-angle pic of a shrine to dead children. Taking pictures that have “style” can net you some extra points, but you won’t know exactly what that means at first. You have to experiment to find out what looks good; to both the game and to you.

CJ: As a budding amateur photographer, that was one of my favorite things to explore in this game. You’re constantly reminded that beauty is in the eye of the beholder, and that’s a mindset I really latched onto the further I got into the game and the more lens and editing options I unlocked. There are some shots you’ll see right away as they’re objectively beautiful. But the real joy of photography in Umurangi Generation is finding those not-so-obvious shots, the ones that may lack the inherent beauty of an expansive horizon but are ultimately the most honest about the situation at hand.

I think the different objectives you’re asked to complete in each level do a damn fine job of pushing players to find those naturally gorgeous shots as well as those that are less-than-picturesque. Those tasks you mentioned can sometimes feel like pixel hunting, but it’s pixel hunting with purpose. It gets you into the grime of each location, illustrating what’s really going on in the world. There are massive and beautiful AAA games I don’t explore as thoroughly as I did here, and that’s a massive accomplishment considering the size of this game’s development team.

Holmes: And dev teams don’t get much smaller than this one. Most everything in Umurangi Generation was made by Tali Faulkner, a new game maker who had no publisher backing or “budget” to speak of. So as you might expect, the game isn’t huge. The core campaign contains ten areas that allow for horizontal and vertical traversal, most being about the same size as the ghost house in Mario 64. Also like in Mario 64, there’s some jank. Getting stuck on a wall or falling through the floor is uncommon, but not impossible. Everything is a little broken, barely held together with virtual spit and duct tape. But it feels right.

As you learn more about what’s going on in the world, you see that things are actually… very broken. Reading the billboards and interpreting their meaning tells its story: society is on the edge of collapse. Some are dying, others are going out of their minds. The government doesn’t know how to respond. All it knows is brute force and propaganda. Neither can save you from the end of the world, and there’s not much you can do to save yourself either.

CJ: Janky movement is the main point of contention I have with this game because it can get pretty bad. Jumping is very unreliable, and there were multiple times I randomly fell off a plank or got stuck on a piece of geometry that I just passed over with no issue.

It’s not an elegant game, but it is an impactful one. And it clearly resonates with real-world issues, particularly going through the year we all just went through. Something is very wrong in this world, and as you progress, the situation grows more dire. Whatever is happening here is clearly beyond the capabilities of the people in charge. You could be documenting a potential disaster, but every assignment you take tries to focus attention away from what’s really going on. As you said, the government’s response to this calamity is propaganda. They want you to focus on frivolous shit like American flags or murals instead of the danger that is right there in everyone’s face. Even the timer attached to these assignments is designed to prevent you from looking too closely at what is happening in the world. The powers-that-be only want to see the good shit or the stuff they can spin for morale-boosting and patriotism. Everything else is actively working against their propaganda. 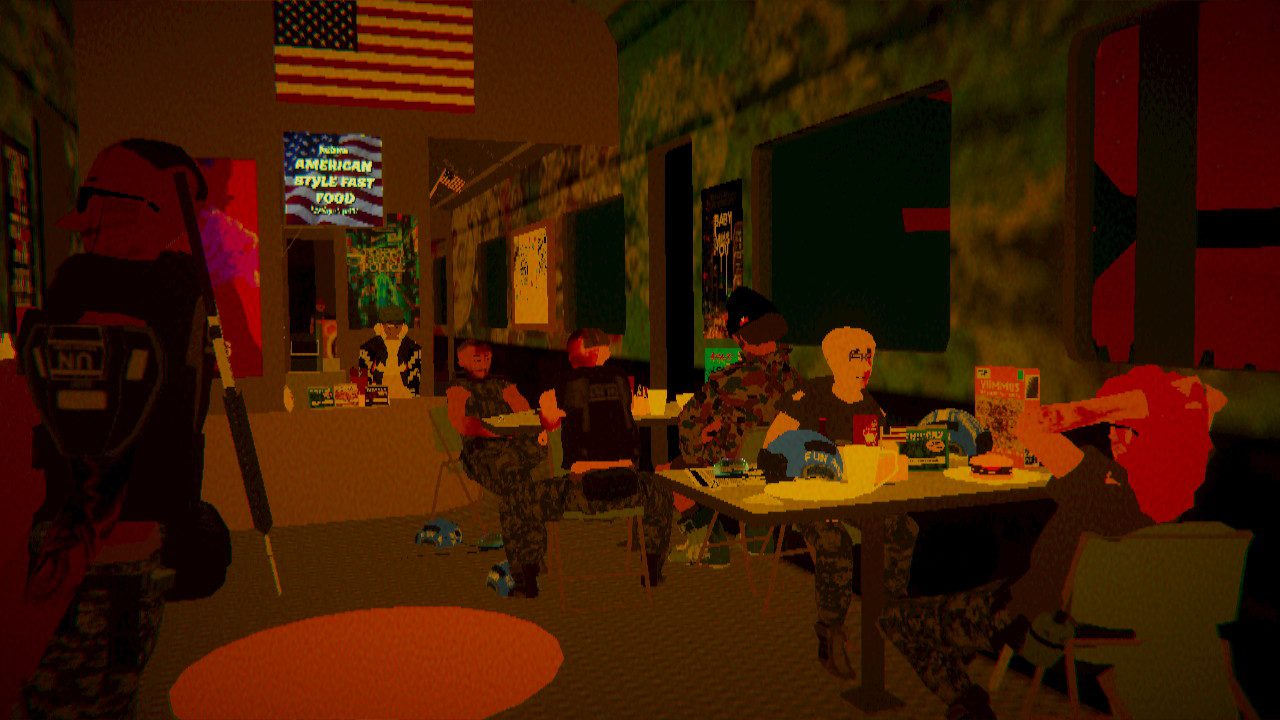 Holmes: That’s so true. You have the power to take in the sights with clear, open eyes, and then capture the moment, and… that’s it. That’s all you can do. These limitations are a reflection of Tali Faulkner’s real experience with adulthood, albeit filtered through the lens of his imagination. Umurangi Generation was heavily influenced by Faulkner’s love of fiction like Neon Genesis Evangelion and Jet Set Radio, but really, it’s a story based on real events where Faulkner was sidelined in the midst of disasters. He’s a teacher and an optimist. He believes that people have the power to do good, but he’s also deeply pained by humanity’s failures. While the game makes no direct parallels to any political party or social issue, it’s clear that this is a game by the marginalized, for the marginalized.

So, you’re doomed. The world doesn’t work right. That’s true of both the places you see in the game and of the real world today. Getting lost in the beauty around you, even when it’s sad, especially when it’s sad, is often the best you can do. Obsessing over which lens to use, how to compose and develop your photos, can feel like a distraction, but it’s really just a way for the truth to make its way into your brain. While you’re consciously focused on the small picture, your subconscious takes in the big picture.

CJ: Before we wrap this up — because I think we’re both on the same page with this game — I do want to point out that I don’t think I would have had as much fun with Umurangi Generation on PC as I did on Switch. Going through it in handheld mode is a real experience, presenting this world through a lens in much the same way I see my world when I’m out taking photographs. That added element takes what is already amazing and makes it spectacular. 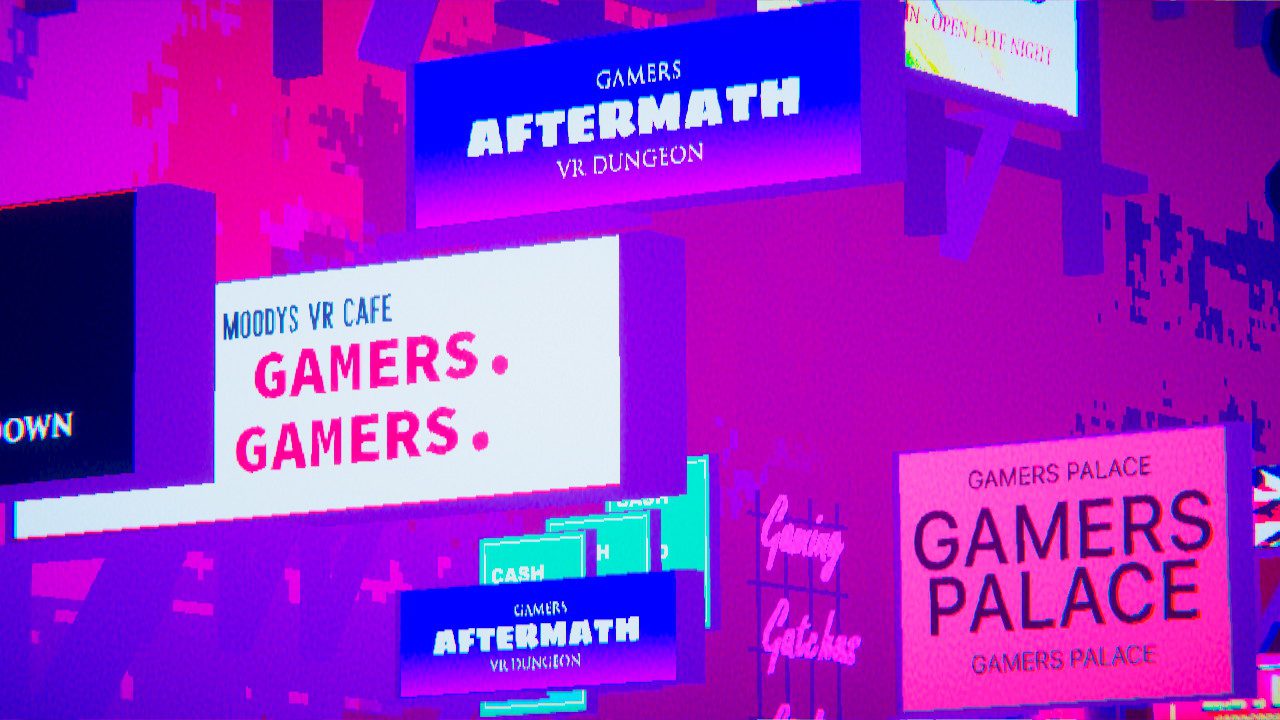 Holmes: I couldn’t agree more. The option for new Nintendo Land-style gyro controls, plus the packed-in DLC levels from the PC original (complete with spray paint and rollerblades) make this the definitive edition of the game.

Saying that out loud feels a little funny though. “Definitive Edition” is the kind of language normally reserved for AAA marquee titles, and Umurangi Generation is definitely not one of those. Still, from a zoomed-out perspective, it all makes sense.

Umurangi Generation defines itself by its ability to make self-contradiction work in its favor. It’s a joyful romp and a painful trap. It’s colorful, zesty, and empowering, and also bleak, confining, and debilitating. The way it weaves these opposite traits together into a cohesive whole allows it to be potentially life-altering. It has permanently changed the way I see video games, the real world, and myself. It wouldn’t have been able to do that if it weren’t so perfectly imperfect.

[This review is based on a retail build of the game provided by the publisher. Destructoid’s Dan Roemer is friends with the game’s developer, however, no personal relationships were factored into this review.]