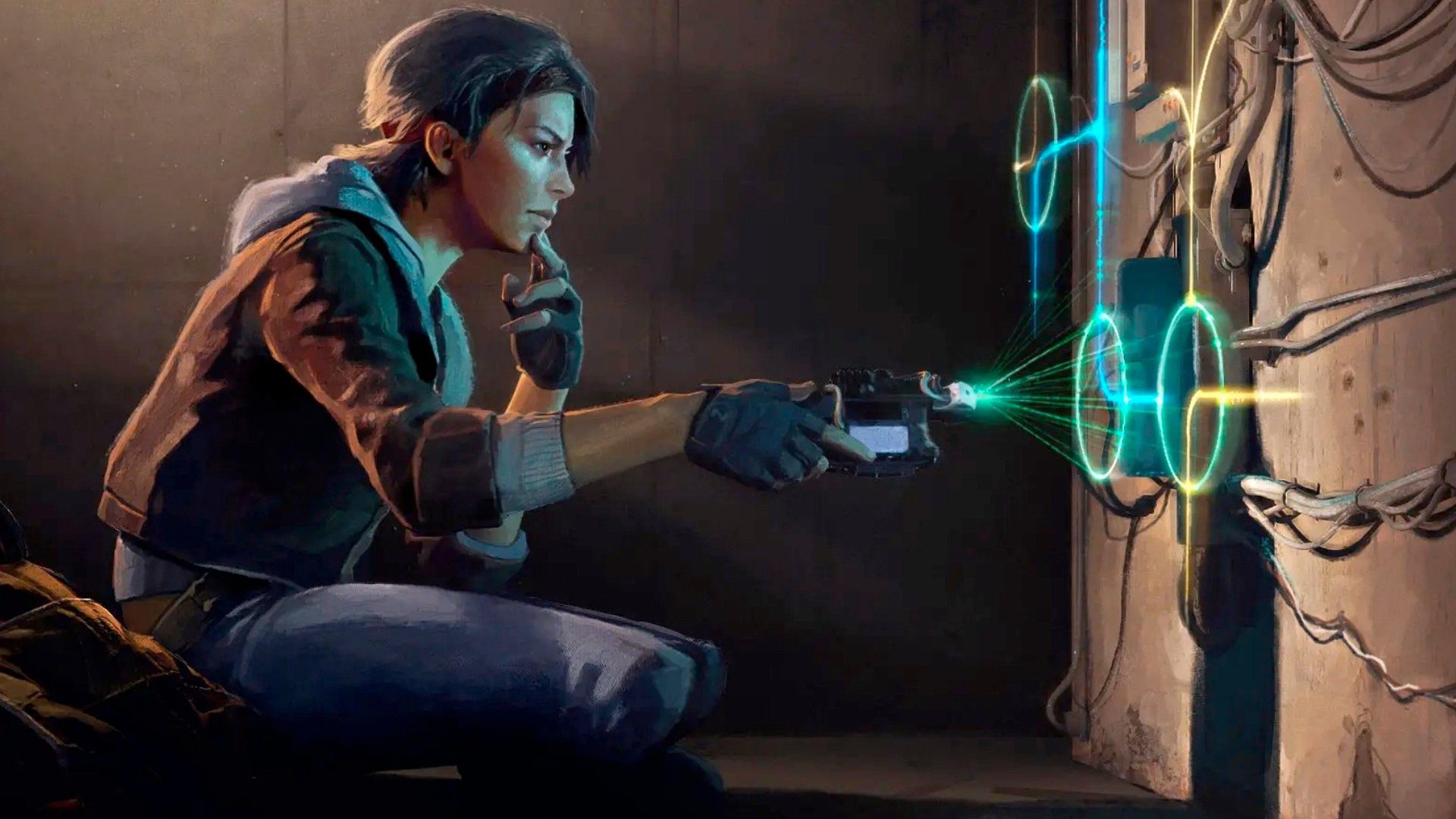 Escapism was the real MVP for me this year

2020 royally sucked ass for many people and for a lot of obvious reasons. Quality escapism has never been more important to me than it has been this past year. Simply taking my mind off things through video games is a luxury and I’m more thankful for the people that create them than ever before in my life. TL;DR: Thank fuck for video games for making this year more bearable.

With the past year in the rear-view mirror, I’m excited to kick off this decade with my personalized top ten games from 2020. If there’s one standout aspect within the realm of video games this year – even with the shiny new console hardware – it’s simply how many older games can still be great with a fresh new look or reimagined approach.

Keep in mind, I did miss out on some notable releases, including The Last of Us Part II, Ghost of Tsushima, Doom Eternal, and Hades. This is unfortunate, considering all of these games are racking up numerous awards from other outlets, but it’ll make my ever-growing backlog all the more exciting.

Black Mesa was technically released almost a decade ago (2012 to be exact); however, the game officially released earlier this year in March, fully complete and with a reimagined Xen to celebrate the occasion.

Xen was arguably the weakest segment for the original Half-Life, and Crowbar Collective’s take on this alien world is a vast improvement. New additions such as the HEV suit head crab zombies and completely redesigned areas turn what was once a chore to go through in the original into an exciting last stretch in this fantastic remake.

However, it does go long. This new take on Xen, although an overall improvement, lasts a solid chunk of hours your first time through. Combine that with fairly dated visuals by today’s standards and lackluster AI at times, and Black Mesa certainly still feels like a game from a decade ago. But, if you’ve never played the Half-Life games, it’s still a damn fine place to start.

Animal Crossing: New Horizons is one of the most heartfelt and positive games to come out this miserable year. It was arguably the best kind of escapism that so many people sorely needed.

For me, though, it was the Animal Crossing game I fell off the fastest due to just how many other games grabbed my attention this year. That said, I’ll still probably be revisiting my island for many more years to come (you know, between all the months I’ve forgotten about it and then have to pick weeds all day). At least I’m not the mayor this time!

Photography is a hobby I definitely want to dive into at some point, and Umurangi Generation captures those best moments…of capturing those best moments! However, it also has a gorgeous cel-shaded visual style and soundtrack seemingly right out of Jet Set Radio.

Combine that with unique world-building and environmental storytelling depicting an on-going world crisis with some incredibly memorable photography mechanics (like taking a picture of something massive off in the distance, only to then be terrified of what you just shot after adjusting the exposure), and it’s a game I won’t soon forget.

Disclosure: I also happen to be a friend of the developer, so take this with a grain of salt if need be, but if cool visuals, good music, and chill photography is up your alley, I don’t think it’ll disappoint.

The original Final Fantasy VII holds a lot of nostalgia for me in that it’s both the first JRPG and Final Fantasy game I ever played. Looking back, I hardly ever replayed it, so when I first played the Remake earlier this year, it gave me goosebumps just seeing that world brought to life and with so much more attention to detail than I could have ever imagined.

The newly remixed soundtrack also has some of the best background music in video games I’ve ever heard, straight up. Throw in some actual depth to the action-RPG combat in tandem with the Materia system, and I was a pretty happy camper all around…until the ending came along. But even then, I’m still fairly excited (if not morbidly curious) to see where they’ll be taking things next.

After over a decade of disappointment, I went into Tony Hawk Pro Skater 1+2 with a fair bit of caution (especially after Tony Hawk’s Pro Skater 5). Thankfully, that feeling of caution quickly dissipated as I began performing combos, collecting skate letters, and melting into my chair to the sounds of pop-punk. Time slipped away as I played the entirety of both campaigns and I’m still craving more of it.

As much as I’d love to see Visceral Games give the same accurate treatment to Tony Hawk’s Pro Skater 3 and 4 (or even the Underground games, for that matter), I can’t help but be curious about what they could pull off with their own original take on a game. Basically, Activision should hand the keys to the Tony Hawk series over to Visceral and let them go absolutely hog wild with it.

I managed to squeeze in a full playthrough for Cyberpunk 2077 before 2020 came to an end and although it failed to deliver on last-gen consoles, what’s here – when it works – is fantastic. Chris Carter truly said it best in his review that it’s just fun to “hang out.” Simply exploring Night City, discovering odd jobs, taking in the scenery, and driving funky retro-futuristic vehicles hooked me in the right ways to keep progressing despite the technical hiccups.

If you’re still on the fence about playing it: Absolutely wait it out.

I guarantee you once the next-gen versions of Cyberpunk 2077 are available (along with the [insert edition] that includes all the DLC) a year or two from now, it’ll be a much more stable and complete experience. Cyberpunk 2077 on last-gen consoles is just not worth the technical hassle and should have just been canceled and billed as a next-gen only experience. Sure, they would have taken a big financial hit without those last-gen sales, but Cyberpunk 2077 would have placed better on my personalized top-ten list! CDPR truly missed out on the Dan recognition factor (and the exciting possibilities that go with that).

Despite only being a roughly two-hour experience, I’ve sunk probably dozens of hours into replaying the game off and on with different characters, and I’m still in disbelief Streets of Rage 4 is even a reality and that it’s this good of a game. For context: Streets of Rage was a series I thought was doomed to forever being re-released in various collections and nothing more.

Thankfully, something or someone at Sega spurred them on to finally give the series another lease on life, and it’s goddamn glorious. With new music from the original composer, new mechanics such as a risk/reward system in using special movies and dealing damage to regain health, and a large cast of characters new and old, Streets of Rage 4 is pretty much a perfect follow-up to the original trilogy. Here’s hoping we don’t have to wait as long for another one.

Until Dawn was a game that flipped my expectations in the best possible ways, so when Supermassive announced The Dark Pictures Anthology, I was all aboard that hype train. Sadly, its debut title, Man of Medan, didn’t capture that same magic. It was instead exactly what I expected and fell flat for me in a lot of ways. It showed its cards way too soon, and its horror gimmick was far too predictable.

Little Hope, however, kept me guessing right until the very end and captured my interest the whole way through thanks to the formulas they’ve done right with character-driven storytelling and choice-driven cinematic horror. Throw in some Silent Hill inspirations (my all-time favorite horror series), and Little Hope ended up being one of my favorite games of the year.

For whatever reason, I never got around to actually playing any of the Souls games. I’ve always had this mentality of playing games within a series by release order, and lately, playing older games has fallen more and more by the wayside due to constantly keeping up with new releases. So, with the announcement of the Demon’s Souls remake, I knew this was the perfect opportunity to dive in and see what I’ve been missing finally.

My first day could be summarized as constant death and frustration. Most folks would have probably called it a day or played something else entirely. Still, something about Demon’s Souls kept me coming back for more, whether it was the gorgeous visuals and atmosphere or simply chasing that feeling of overcoming its many challenges. I can only imagine this is an ancient take by now, but Demon’s Souls thrives off not only the challenge it presents but in the reward of seeing more of it.

Each of its worlds continues to become more grotesque and all the more interesting to witness first-hand. No matter how long it took me to progress in a specific world, I would always look forward to seeing more of it. From frantically running across the bridge in Boletaria, to getting lost down in the tunnels of Tunnel City, Demon’s Souls made me work for every inch of its incredible atmosphere. Bluepoint did an outstanding job making it all the more beautiful and turning Demon’s Souls into a launch title I’ll never forget.

In 2017, Marc Laidlaw put up a blog on his personal website titled “Epistle 3” – breaking down what essentially would have been the story for the now-canceled Half-Life 2: Episode 3. At the time, I thought that was the final nail in the coffin of the franchise and that Valve had simply moved on from Half-Life. So, I did the same. Half-Life in my mind was this great but unfinished and dead franchise. I was convinced it was never returning due to an endless list of factors.

So, when Half-Life: Alyx was announced, it felt like a fever dream. I remember the moment I finished watching the announcement trailer: I knew right there and then I had to get my hands (and head) on a VR headset. The technology is great, but I couldn’t help but feel anxious about finally playing a new Half-Life. How do you revive a series that ended on a cliffhanger over a decade ago and live up to the mountain of expectations that go with it? Especially for a series that, with each mainline entry, set new standards for first-person shooters.

I went in asking these questions, and by the time I was done with Half-Life: Alyx, I was floored with Valve’s answers to them. Literally stepping into Alyx Vance’s shoes and experiencing the world of Half-Life within VR can’t be done justice without trying it for yourself. Little details like picking up a trashcan lid to block headcrabs from fornicating with your face to just the sheer sense of scale you feel when looking up at everything around you.

But what amazed me even more than the incredible technology was just how well written and thought out Half-Life: Alyx was. Going into why would include way too many spoilers, so I’ll just say this: Half-Life: Alyx ends on a note that has me more excited than ever for where Half-Life could be going next, and it completely reignited my fandom for this series. That alone makes it my personal game of the year.