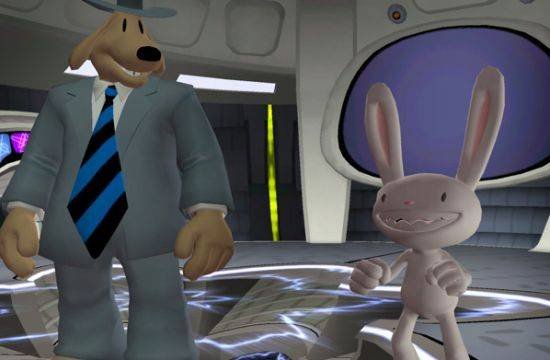 BUY THIS GAME. Or rather, buy the whole season.

I’ve previously reviewed more Sam and Max episodes than I care to count, but this most recent one is by far the best, and the most undeniable proof that Telltale’s Sam and Max series is one of the best things to happen to adventure gaming — or gaming period — in quite a while.

Where the other Sam and Max episodes were content to tell self-contained stories, Episode 204: Chariots of the Dogs ties together the narrative threads from almost every other episode of season two, making for hilarious twists, turns, and revelations a-plenty. The seeds that were sewn in episodes 1-3 finally come to fruition with this most recent installment: in this sense, Chariots of the Dogs proves just how cool episodic gaming can be. Of course, apart from that, it’s also got some of the coolest, funniest puzzles in the entire Sam and Max series.

So, yeah. It’s really good. Buy the whole season, if only for how this episode ties everything together.

Hit the jump for more details.

Chariots of the Dogs picks up exactly where Night of the Raving Dead left off: Bosco has gone missing, and it’s up to Sam and Max to find him. As the first episode which directly connects with a previous one, Chariots has a greater narrative immediacy than the previous Sam and Max entries.

Older episodes were pretty much self-contained: they told self-contained stories, included self-contained jokes, and generally did everything in their power not to reference other episodes during what was presumed to be an experimental stage in the episodic gaming model. Since Telltale had no idea whether people would watch the episodes in order, they tried to make each individual installment as user-friendly as possible. This ain’t the case with Chariots of the Dogs, and the game is much, much better for it. 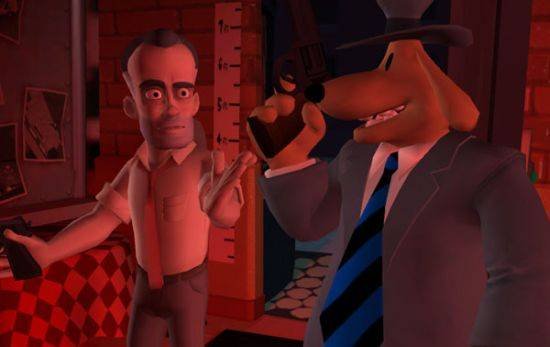 Every minute of Chariots is jam-packed with in-jokes and fan service for thsoe who have followed the series since episode one, but not in a stupid reference-stuff-just-for-the-sake-of-referencing-stuff sort of way (I’m looking at you, Bender’s Big Score). Every joke feels earned, and every plot twist is not only genuinely surprising, but totally hilarious; the show’s big questions have been slowly and subtly built up throughout the course of season two, and they’re finally being answered in an utterly satisfying way. For fear of spoiling anything, that’s all I’ll say about the plot.

Lest you fear that Chariots is nothing but a gameplay-devoid vehicle for a groovy story, worry not — in addition to having the best story of the series, it’s also got the best puzzles and gameplay structure.

Since the series’ inception, people complained that there wasn’t enough variety in the locations. Every episode, Sam and Max would visit Bosco, and Sybil, and, starting this season, Stinky. You’ll still visit those same areas in Chariots of the Dogs, but you’ll do so using a gameplay mechanic which, in two words, should tell you everything you need to know about how purely badass this episode is.

Those two words, of course, are “time travel.” 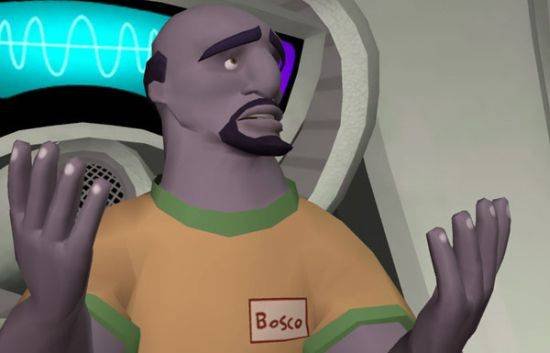 Like Day of the Tentacle before it, Chariots of the Dogs‘ entire running time is based off time travel puzzles. Near the beginning of the game, Sam and Max get a time machine. Apart from providing a very quick and easy way to get the player from location to location without having to actually walk there, the whole scenario makes for some awesome logical quandaries. Throughout the game, you’ll go back in time and prevent Bosco from ever being born, meet alternate-timeline versions of yourselves (I can honestly say that recent-past Sam and Max are responsible for the single biggest belly laugh I’ve ever had whilst playing a videogame), and hang out with at least one character players have heard a lot about, but never before seen in person. But again, I don’t wanna spoil too much.

The episode’s only real flaw is its anticlimactic ending: it sort of works as a cliffhanger for the next episode, but the “boss puzzle” which traditionally caps off every Sam and Max episode was nowhere near as difficult or lengthy as it should have been given the otherwise incredible quality of the rest of the episode.

Don’t let that dissuade you from playing, though; despite that very, very small flaw, Chariots of the Dogs is satisfying, surprising, hilarious and fun. It’s the best Sam and Max episode ever, and it climactically delivers on what the episodic format always promised. I already knew the Sam and Max episodic series was one of the best things to ever happen to adventure gaming; until Chariot of the Dogs, I didn’t know it was one of the best things to happen to gaming, period.