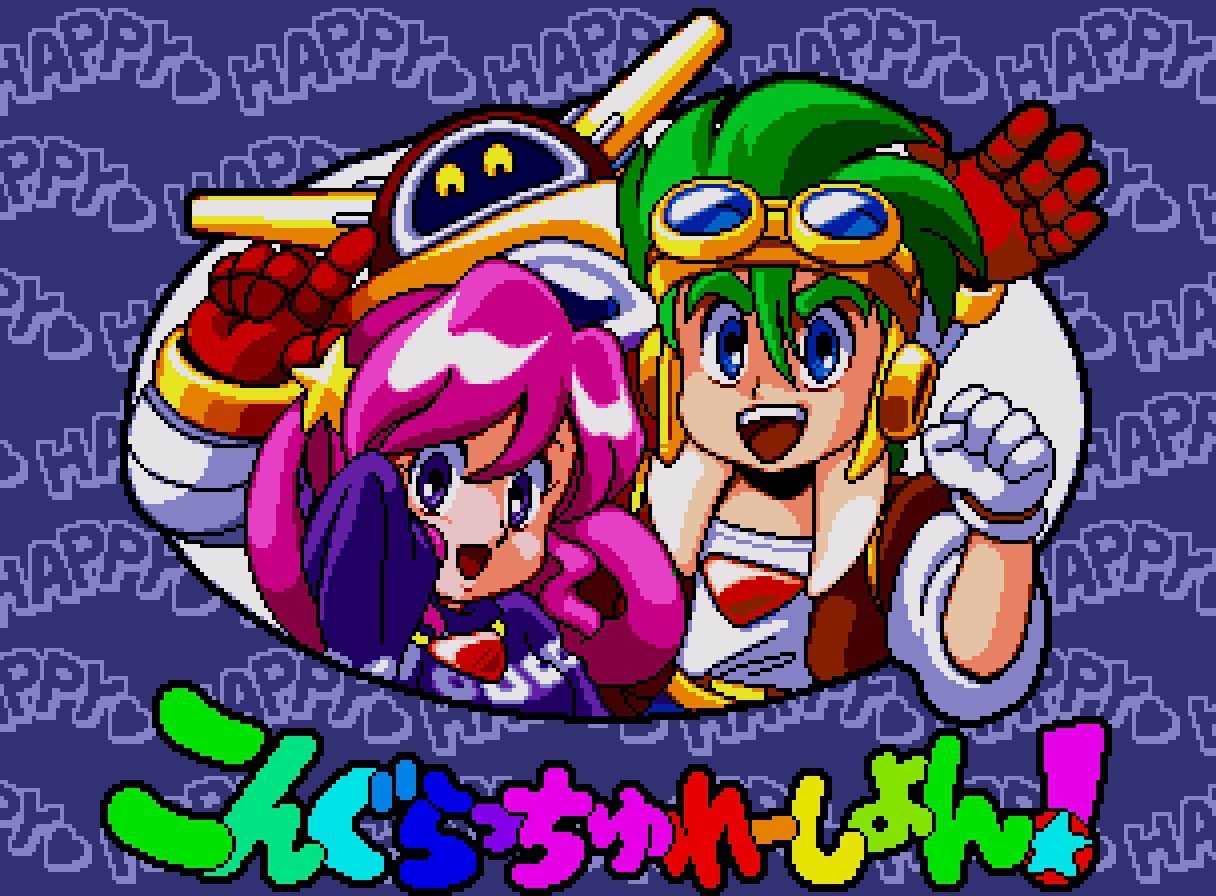 In an industry of glum news, it’s a happy story. A modest story, sure, but a happy one all the same. Way back in 1992, Wonder Boy developer Westone Bit Entertainment received news from publisher Sega that production was to cease on its upcoming arcade platformer Clockwork Aquario. While the cute ‘n’ colorful title was just a sliver from release, it was decided that the scene had moved on, with the kids’ quarters now being poured into brawlers and fighting games. In a world of Ryus and Scorpions — and with Sonic and Super Mario Bros. cornering the platform market — Clockwork Aquario was consigned to the vaults, never to see its day in the sun.

And yet, here we are. It’s three decades later, I’m three decades older, and somehow I’m reviewing Clockwork Aquario for the good ship Destructoid. Thanks to the dedicated efforts of publishers ININ Games and Strictly Limited Games — who have spent the last two years digging up the source code, acquiring the rights, and even going as far as to reassemble members of the original development team — this long-lost release can finally be experienced, just a tad late to the party. Clockwork Aquario is one of the “lucky ones.” Who knows how many dusty games lie in dusty attics, canceled just a smidgen shy of completion? Every single relocated game represents a tiny bit of an industry, an art form, and a hobby — our hobby — lovingly restored.

And even if the game itself doesn’t turn out to be a true gem, at least we might get a Guinness World Record out of it. 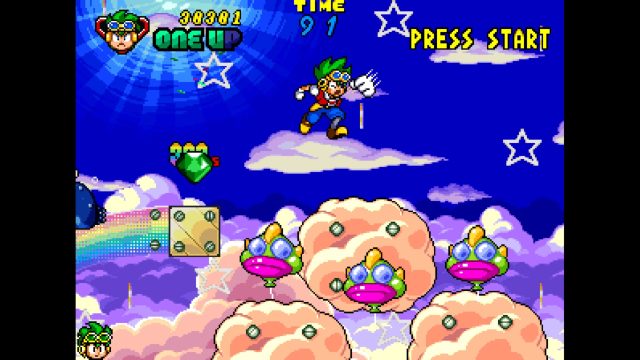 Right from the off, Clockwork Aquario is a reminder of arcade gaming of old, a time when backstory and a time when plot was iterated in seconds, gaping holes be damned. In this instance, a lightning-fast attract mode informs us that the world is under siege from devious fish Dr. Hangyo, who has risen up from the depths to attack our planet, (and kick over childrens’ sandcastles), with the help of his mechanical (Clockwork) undersea (Aqua) army. In order to save the world from this fishy fate, three intrepid heroes venture into Dr. Hangyo’s undersea kingdom of Aquario to shut down the mad mechanic’s devious scheme. It goes without saying, this was a much simpler time in regard to video game narratives — Abby Anderson would shit bricks.

Thus begins Clockwork Aquario, an almost unbearably cute, side-scrolling platform adventure, designed for a world that had given rise, (and oodles of cash), to franchises such as Sonic the Hedgehog, Super Mario Bros., Zool, and even Bubsy the Bobcat. Combining elements of its genre brethren, then splashed with lashings upon lashings of Konami/Taito-style Japanese charm, Clockwork Aquario sees one or two players take up the role of three distinct heroes — proto-steampunk kid Huck Londo, pink-haired cutie-pie Elle Moon, and rotund robot Gush — before embarking on a madcap journey into Dr. Hangyo’s world, laying waste to his wind-up warriors and… erm… popping lots of balloons. I don’t get the last bit.

Clockwork Aquario, it has to be said, does not rewrite the book on platformers. Featuring large, colorful sprites, a relatively fast pace, head-bouncing attacks, invulnerability power-ups, and a helluva lot of jumping, Westone Bit’s final release certainly ticks all of the boxes required by the side-scrolling releases of its day. What this arcade does bring to the party, however, is bagfuls of charm, absolutely delightful sprite work, and some lavish and superbly detailed backgrounds. Clockwork Aquario is, without doubt, a great-looking game that, despite its age, can effectively charm the player with its cute charisma, cartoonish personality, and whimsical soundtrack. One can almost compare its style to that of WayForward’s catalog today. Despite its age, Aquario‘s characters, enemies, bosses, and locales are highly impressive.

The gameplay itself is a standard affair. Our heroes dash from left to right, leaping chasms and dispatching villains with a solid slap or a good, old-fashioned head-bounce. Once stunned, a villain can then be picked up and tossed, Koopa-shell style, at other enemies. Valuable score pickups, extra lives, and invulnerability power-ups are awarded for chained attacks. It’s a slick system, and it can be very satisfying combining slaps, tosses, and head-bounces to efficiently clear a screen of enemies. Take a hit, and your chosen character looks a little worse for wear, take another hit, and it’s ghost town.

The player presses ever-forward, negotiating the environment and bashing bad guys en route to a confrontation with each stage’s sub-boss, before facing off against Dr. Hangyo in one of his monstrous contraptions. In keeping with the Aquario aesthetic, the baddies are all of the undersea variety, from crabs and oysters, to squid, eels, and barracudas — all delightfully designed with that ’90s anime aesthetic… All big tears and bursting blood vessels. Cute game. Real cute game. 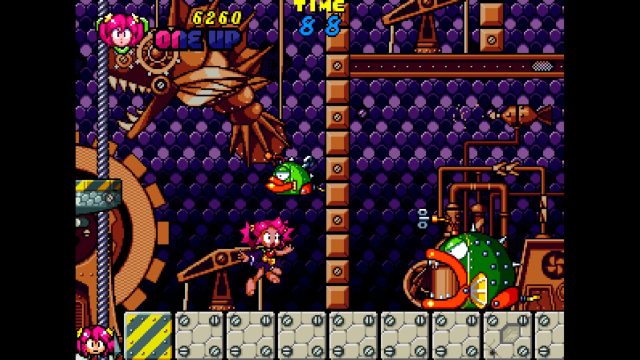 Of course, it has to be clearly stated that as an arcade title, Clockwork Aquario can be finished in almost no time whatsoever. It is mostly up to the player to provide their own challenge by strictly limiting (no pun intended) the number of continues made available to them. This very nature of re-releasing a game initially designed to be played in 30-odd minutes gives way to one unfortunate inevitability of this entire project: $20 for a 20-30 minute game, designed with three-decade-old sensibilities, is a big ask. The price is likely a necessity, given that the publisher will look to make a return (or at least break even) on the investment spent on making this lost release a reality. Add to that the niche audience factor, and the publishers will be looking to squeeze every dollar they can.

Aside from the main game, there isn’t a whole lot of bang for your buck here. There is a restored bonus round for two players, a small gallery, a music player complete with awesome remixes of Clockwork Aquario‘s fab score, and a selection of screen filters for those who dig their scanlines, CRT curves, and fuzzy pixel filters. Ultimately, the player is mostly recuperating for the restoration itself, an expensive task that saw the publishing team pull Clockwork Aquario from the edge of oblivion. This makes the title a hard sell for your average video game buyer in gaming’s ninth generation. 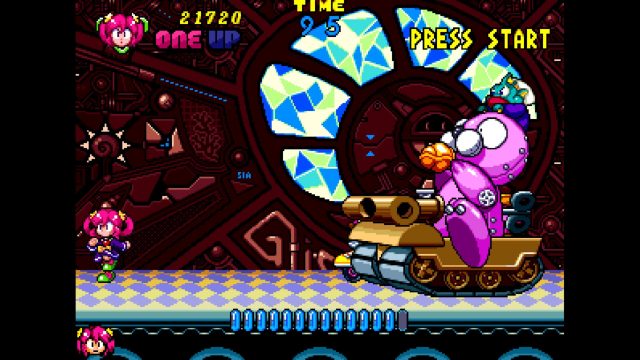 Fortunately, for the historians and retro fans among us, Clockwork Aquario is a fun title. It doesn’t reinvent the wheel, but it plays great, looks wonderful, and sounds splendid. I found myself instantly transported to a world of Tumble Pops and Pangs, of Rainbow Islands, New Zealand Stories, and all of the other brash and colorful games that lit up the dingy walls of the arcade. In 2021, I don’t expect Clockwork Aquario to be a smash hit, and I certainly don’t expect people to “take a chance on it” at $20. But for those who care about video game preservation, those who can afford to support the cause, or those who just really love old-school platform gaming, an enjoyable trip to the past awaits you.

Clockwork Aquario is here. 30 years late, but soaked in old-school style. Westone Bit Entertainment’s final release would not win any awards for originality, but offers a short, fun, and attractive journey to the halcyon days of the ’90s arcade renaissance. The package on offer is a little thin, and the price will be a tad high for the average player’s taste, but important work has been done by publishers ININ Games and Strictly Limited — here’s hoping they will be rewarded in kind.