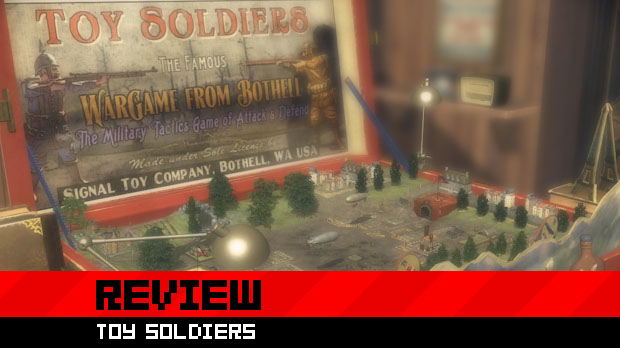 In all fairness, Toy Soldiers, part of the Xbox Live Arcade “Block Party” season, is more original than that. Yes, it’s a tower defense game, yes it’s a war game involving toy soldiers, but its interactivity and strategic focus helps make it stand out, and may even lend an appeal to those who don’t normally care for the whole “build, watch and wait” formula of an increasingly saturated genre.

So, Toy Soldiers is slightly more original than you may have thought, but is it any good? Well, let’s read this review and find out. Sally forth, lads! 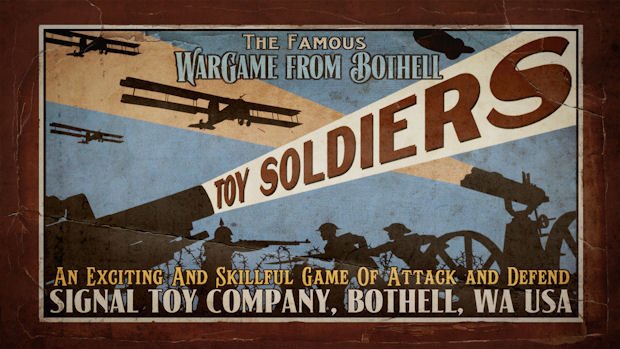 At its core, Toy Soldiers is yet another tower defense game, and it contains all the trappings you’d expect. Various enemy units spill forth from area of the map, with an eye on your home base. If enough enemies reach the home base, it’s game over. Players have to build various weapons to decimate the enemy forces before they reach their goal, with different weaponry suited to take down different enemy types. You with me so far? Good.

Toy Soldiers is set in fully 3D environments, with some considerably expansive maps. Unlike other tower defense games, players are tightly restricted in terms of where and how many weapons they can place. There are small circular areas on the map for placing small weapons, and large square areas for placing big ones, and players will have to work out the best positions for their increasing range of death dealers. Placing weapons does, of course, require money which is earned with the destruction of enemy units and certain pieces of the environment.

All of the weapons are suited to particular tasks, and players will have to place them where their effects can be maximized. Machine guns and chemicals will take down infantry in a pinch, while mortars and howitzers are needed to deal with tanks. As the game progresses, players will need anti-air units to deal with attack planes and bombers as well. Each weapon has a use, and as the campaign continues, each one can be upgraded two times to become a terrifyingly powerful asset. 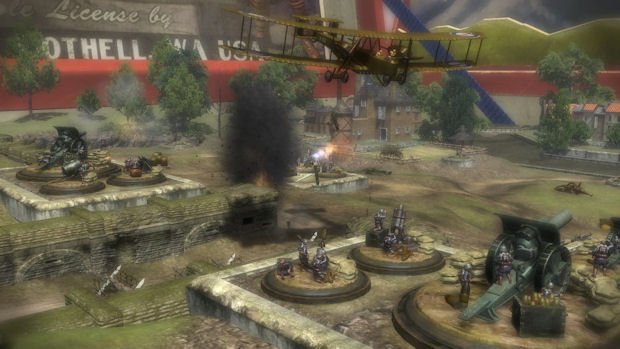 As far as tower defense games goes, Toy Soldiers is one of the best I’ve seen. I can’t say I’m the biggest fan of the genre, so Toy Soldiers felt like a breath of fresh air. For the most part, the game is well balanced and extremely satisfying. Provided a player is sensible and learns where the enemies are coming from, most threats can be dealt with efficiently and if upgrades are applied sensibly, the enemy can be decimated with incredibly rewarding results. The 3D space and focus on action as opposed as slow, methodical strategy keeps things hopping along very nicely, too. If plays are feeling antsy, they can also take direct control of a unit and open fire themselves. This is the only way players can earn bonus multipliers with increased cash rewards, so it’s always worth getting personal.

Toy Soldiers‘ biggest asset, however, is the use of special vehicles in order to keep players occupied while their weapons are holding the fort. Two different types of tank and two different planes are playable during the course of the campaign, allowing players to take the fight into their own hands and hold particularly important areas that the weapon units can’t quite deal with. Sometimes, these vehicles will be essential, especially when enemy weapons show up to stop you building your units. Taking control of a gas-spewing Whippet tank is loads of fun, and the aerial combat between planes is surprisingly decent, if a little hard to control. The only major criticism is that the vehicles are very slow indeed, and trudging from one point of the map to another in a tank can be a major drag, especially as exiting the vehicle will destroy it if you don’t return with ten seconds. 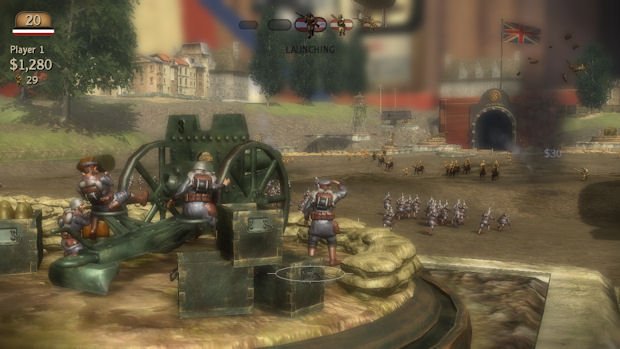 The majority of the game is terrific, but Toy Soldiers lets itself down with the incredibly annoying boss battles. These fights are visually impressive, as gigantic war machines take to the field and make their way toward your toy box with terrifying inevitability. Unfortunately, their HP counts are incredibly high and if a player doesn’t know a boss fight is coming and how, exactly, to tackle it, they will get destroyed and would have to restart an entire level. Even doing exactly what the game tells you to do can have little impact on the bosses on a difficulty any higher than casual. They simply take too long to beat. The last boss, which requires intensely particular preparation that a first-time player couldn’t predict, is an especial drag.

As well as the single player, Toy Soldiers boasts a multiplayer mode in which two opposing forces protect their own toyboxes from incoming attack. As well as spending cash on weapons, players can also buy and send out their own attacking units such as cavalry or armored vehicles. The player-controlled vehicles also appear, giving each side a worthy defense. It’s pretty fun and could possibly hook quite a few players, although the lack of match variety may fail to keep players hooked for very long. 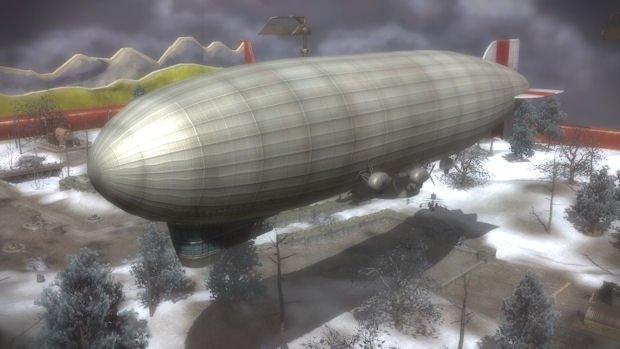 Toy Soldiers is a great tower defense game for fans of the genre, and a pretty solid experience even for those who normally don’t like such titles. Well worth checking out and could easily provide a day’s distraction at the very least, with potential to become addictive for those who just love watching plastic army men burn.