Razer has a funny ol’ reputation in gaming. While some question the quality-to-price ratio of its peripherals, others almost fanatically proclaim Razer as the best in the business.

Despite being a PC gamer for years now, I’ve never really been able to try out Razer products for more than a few minutes at events. So when the chance to have a play with the Kraken Mobile headset came up, I leapt at the opportunity.

While it certainly isn’t the best one I’ve used, I’ve been pleasantly surprised at what this mid-range headset has to offer. 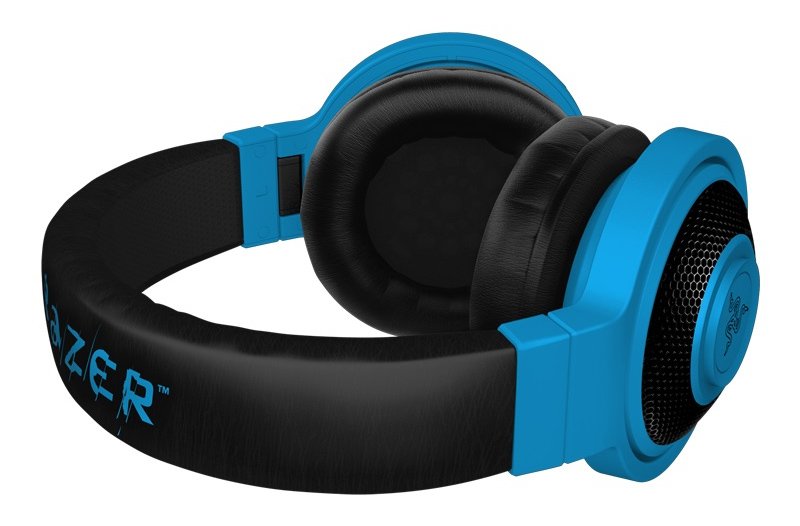 The immediately notable thing about the Kraken Mobile is its design. Instead of coming in your standard black or white colours like many other headsets, the Kraken Mobile is available in a range of bright neon hues. While some of them verge on the garish (I’m not a fan of the radioactive green), it’s likely that there’s at least one colour that’ll take your fancy. My own pair is a shocking pink, which officially makes me the prettiest sparkle-pony on all of Destructoid.

The Krakens feel sturdy and are easily adjustable, somehow managing to sit comfortably on my big head with no discomfort in temples or on the top of my head where the padded band lies. The ear cups are deceptively large, and are able to envelop my Dumbo ears quite nicely. I’ve been wearing these things for about 13 hours non-stop today and have often forgotten they were even there. 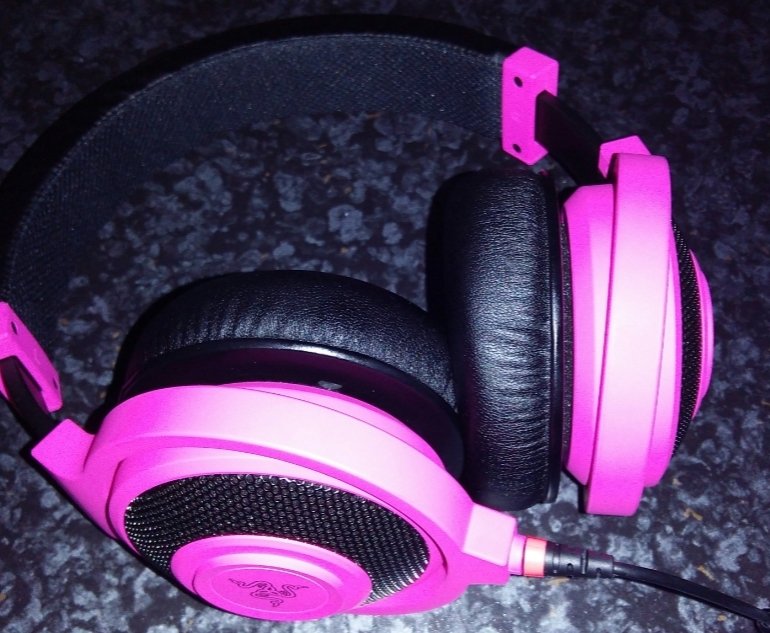 If I had to criticise anything about the design of them, it’s that they’re incredibly wide, sticking out a good couple of inches from the sides of my head when wearing them. It made me feel a bit daft, which would certainly put me off wearing them in public. For a headset designed for use with mobile devices when out and about, that’s a bit of a problem.

The Kraken Mobile has a detachable cable that includes an inline microphone and volume controls to control your device without having to take it out of your pocket. It’s positioned nicely for this function, and comes in real handy when working out or doing something else that makes accessing the phone difficult. But there is one huge problem: the included cable is for iOS devices only.

While there are cables compatible with Android devices available, they’re sold separately at a pretty hefty $14.99, so Android users will have to spend more money to get a comparable experience to those on iOS. It would’ve been much better for Razer to just offer two versions of each headset with the different cables bundled.

It’s also a shame the controller doesn’t appear to work on PC. It isn’t advertised as a headset for PC, so I wouldn’t consider it a negative point exactly. But I would’ve still liked the ability to adjust the headset’s volume independently of Windows’ volume controls, like other headsets at this price range.

One of the biggest differences between the Kraken Mobile and its big cousin the Kraken Pro is the microphone. The Mobile ditches the dedicated mic and opts for an inline omnidirectional one placed in the little volume control node.

Quality-wise it’s alright, but nothing to get excited over. The positioning isn’t great as it rubbed against my chest a lot, causing some scratchy interference, and the overall output was pretty quiet. It’s good enough to use in VOIP or in a phone call, but don’t expect to get far streaming or podcasting with them.

Razer also warns customers that the microphone and volume controls are not guaranteed to work with hardware other than iOS and Android (with the proper cables), and I was personally unable to get it working on my PC. With some better third-party cables you might have better luck, but you may want to avoid relying on this as your general PC microphone. 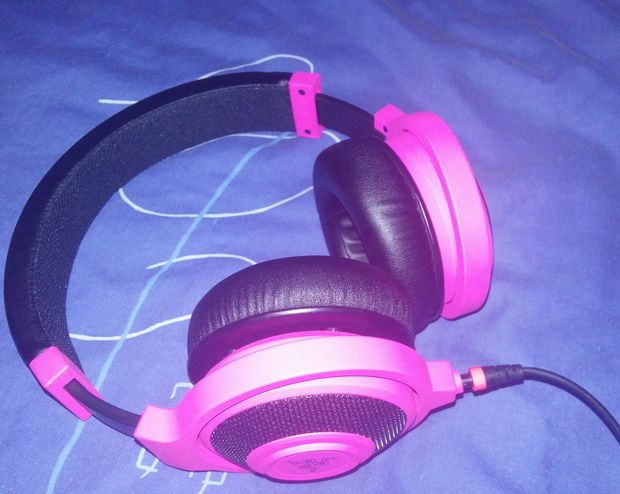 So the big question is how does the Kraken Mobile sound? I should preface this by saying I consider myself your average guy when it comes to sound. I’m by no means an audiophile or sound engineer with an extensive collection of .flac files and a billion-pound sound card. As long as it sounds crisp and clear, I’m happy.

To test the headset, I used three songs (“Bohemian Rhapsody” by Queen, “Bambous” by Caravan Palace, and “Radioactive” by Imagine Dragons) and two games (Superhot and Left 4 Dead 2) on both my PC and my Samsung Galaxy A5 Android phone, and then just used it as part of my typical day. Lots of YouTube videos, some pink noise to help me focus on work, and the occasional round of Smite.

All in all, I’ve been using the device for about thirteen hours now, and sadly I have to say that the sound quality is the biggest sticking point when it comes to this headset.

If you want a headset with meaty bass above all else, the Kraken Mobile definitely delivers. Low tones come through very strongly, and the bass in “Radioactive” was enough to make my head rattle at even a relatively quiet volume. I’m personally not a big fan of bass, and even I was pretty impressed with how strong it sounded.

Unfortunately, this comes at the cost of the mid and high tones, which are often drowned out. It was particularly noticeable in the Caravan Palace song, where the electronic beats took away a lot of the crispness of the trumpets.

In-game, they definitely fare slightly better. While the overemphasised bass still drowned out some of the dialogue in action-heavy segments of Left 4 Dead 2, the shooting was given a real kick by the fantastic audio feedback. Hearing limbs flying off with a deep thud was almost disturbingly satisfying.

Superhot has an especially clean audio landscape, with enemies only making noises while they move. For headphones that don’t advertise any sort of surround-sound capabilities, I was impressed by just how quickly I could position targets in 3D space just through the sound.

There is one significant problem that overshadows everything else, though. Whether it be the bass or higher notes, the Kraken Mobile has slightly muffled sound that drags the overall audio quality down. For music and gaming it didn’t seem to be a huge problem, but my daily fix of Game Grumps and other dialogue-heavy audio sounded like I was listening to it through a wall. I’ve gradually adjusted to it over time, but for £80 I probably shouldn’t have to adjust to things like that. 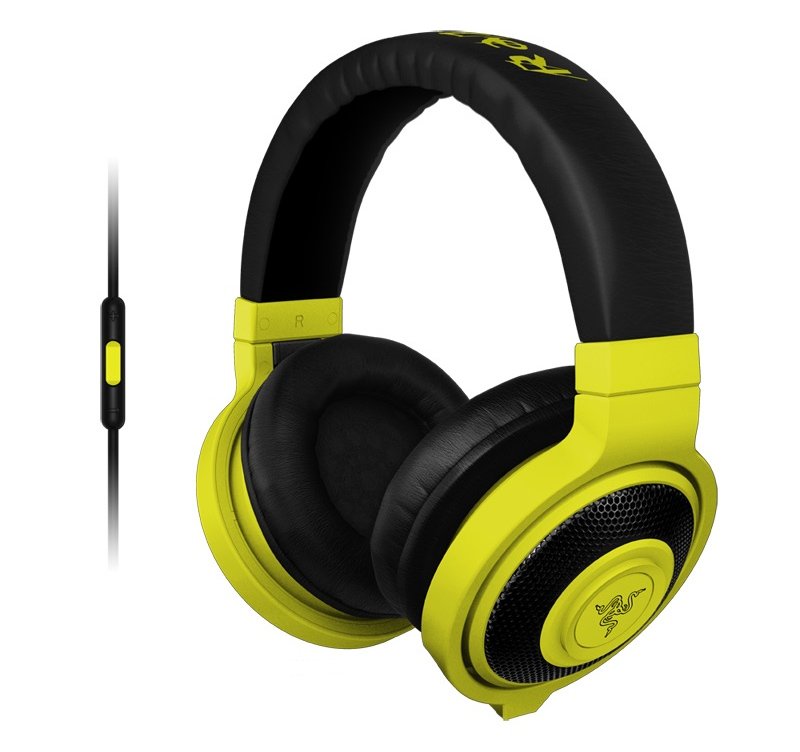 The Kraken Mobile is definitely a headset more concerned with looking good than sounding good. Razer puts across a specific image of its products, and the Kraken Mobile absolutely fits in with that: It’s stylish, it’s got a popular brand emblazoned on it, and it’s comfortable as hell to wear, but when it comes to the actual quality, it seems to fall behind other manufacturers.

While the audio quality is lacking, and that is a good enough reason for me to not buy one of these, I can really see them standing out at LAN parties where ambient noise would interfere with your sound quality anyway.

There are better headsets you can get in this price range for sure, but you can also do a hell of a lot worse. I’ve since gone back to my standard headset, but I am missing that wonderful shade of pink…