[Update: For clarification, this product is not made by ThinkGeek and simply retails on the site. The headline of this post has been changed to reflect this. Sorry for any confusion!]

The Pro Controller U really appears to be a wonderful deal at first glance. It’s a controller that functions with the Wii, Wii U, and can even be paired to Android devices via Bluetooth. However, there are quite a few issues with this controller, one of which is a clear sign of sleazy advertisement.

Specifically, this does not function as a Wii U Pro Controller, despite what the name may lead you to believe.

The Pro Controller U may look like it’s just a haphazard combination of the Wii U Pro Controller and an SNES controller, but it is actually comfortable to hold. It is a perfect weight, not feeling too heavy or too light. It feels slightly lighter than a PlayStation 3 controller and the wireless Xbox 360 controller, if that helps to put it in perspective.

Whether or not you like your analog sticks to be both on top, both on bottom, or asymmetrical is a completely personal preference, but be aware that this controller has both analog sticks on top. Personally, I find the analog placement to be quite comfortable, with no problems whatsoever. The triggers and bumpers, to borrow Xbox jargon, also feel very nice, and are laid out just as they are on the Wii U Pro Controller. Even the SNES buttons are replicas of the originals, with X and Y being concave while both A and B are convex.

The controller feels really nice to use, and that’s about where the niceties end. 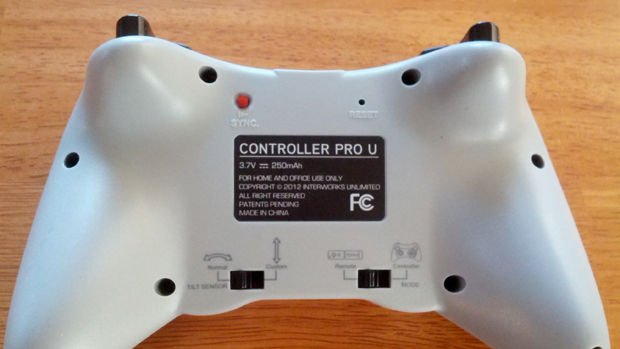 First of all, allow me to reiterate a previous statement:

This does not function as a Wii U Pro Controller.

Despite using the words “Pro Controller U,” this is not a Wii U Pro Controller in any capacity. I tried using it in ZombiU‘s multiplayer mode with no success. There’s even an eensy teensy tiny line in the included pamphlet titled “TIPS FOR PRO GAMERS ONLY” that says, verbatim: “The Pro Controller U does not function as a Nintendo Pro Controller. This is correct.”, as if they knew people would be disappointed and needed to console them with that last reaffirming yet disappointing remark. I expected a “We’re sorry” after that, but alas none is present. 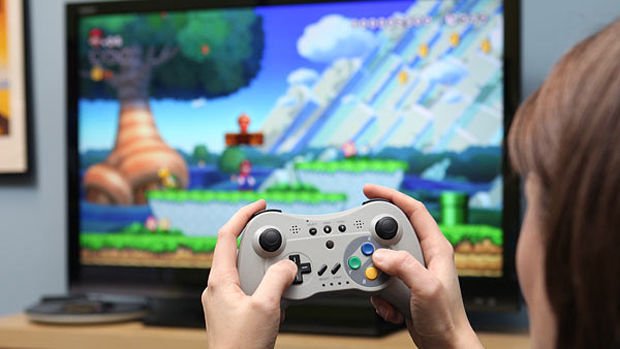 Even if it just acted as a wireless Classic Controller and functional Wii Remote that pairs with Android devices, it would still be a really useful product. However, the controller I received malfunctions when trying to play games.

After spending about two hours playing Xenoblade Chronicles with the Pro Controller U, I noticed that the main character, Shulk, would take a few stutter steps even after I stopped moving the analog stick. “Not a big deal,” I thought to myself. Then about 30 minutes later, Shulk was stuck moving forward indefinitely. The left analog stick was sitting comfortably in the default position, yet there Shulk was, running head first into a wall forever. 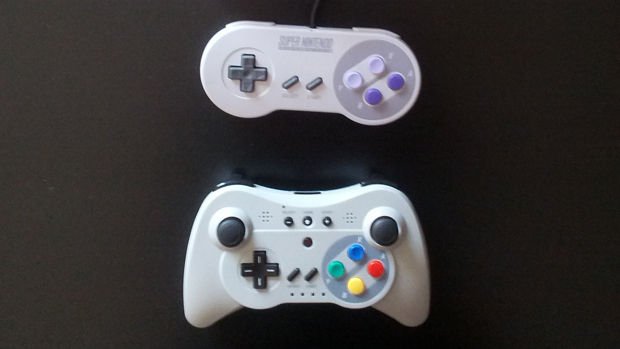 This digital input issue seems to mainly happen when changing the controller from Wii Remote mode to Classic Controller mode using the switch on the back of the device. For whatever reason, switching back and forth almost guarantees that the digital input will get stuck, rendering the controller unusable for most games. To be fair, you should never really need to change the controller between the two modes while in the middle of the game, and if you do, it can sometimes be reset by rebooting the system.

The controller can also function as a Wii Remote with the flick of the switch on the back of the controller. This works exactly as you would expect, allowing a game that only uses a Wii Remote control scheme to be played on a more traditional controller. The problem here is that the buttons cannot be reconfigured and the SNES-like buttons are spaced far enough apart to make them awkward to use in conjunction as you would while performing a running jump in a platforming game for example.

In addition, the D-pad will register a downwards input if your thumb is on the lower half of the left and right sides. This becomes a huge issue when playing platformers — your thumb is bound to naturally press the area that activates a downwards input while attempting to move left or right, causing the character to lose all momentum in games like New Super Mario Bros. U. 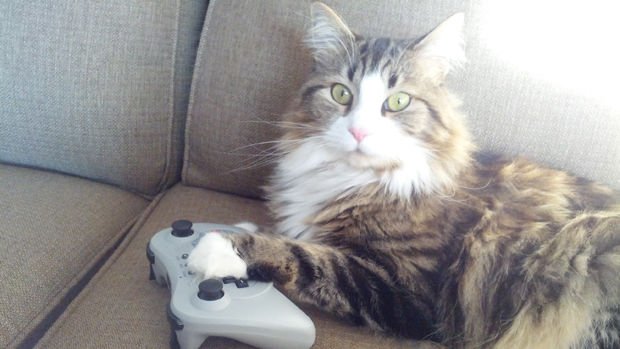 Pairing the controller with a bluetooth device is easy, as it just needs a third-party Wii Remote app to work. I used the “WiimoteController” app on my Galaxy Nexus and it paired easily and quickly. Not that any of it really mattered, since the D-pad and analog issues still persisted. I did get a pretty decent score in Canabalt, though, since that game only uses one button.

The Pro Controller U is not only a terribly sleazy and misleadingly-titled controller, but it’s also a barely functional one. Given the analog issues combined with the D-pad issues, it doesn’t matter if it connects to every single gaming device known to man, since it would be unusable for almost every game. It’s a shame, too, since if it were a functional controller for the Wii, Wii U, and Android devices, it would be a stellar device.