With Forza and Halo sound modes

I don’t have the best history with sound bars. I had this bigger JBL one that sounded nice, but it stopped working. Kaput. I tried to replace it with one of Sony’s budget models, but that one sounded so bad that I laughed at it. And I returned it.

I ended up with a discounted Samsung model that you’d probably find on the shelves of any electronics store right now. I hate it. It sounds like someone popped one of my eardrums. The wireless subwoofer is neat, but it sounds like someone mumbling loudly in the next room. It’s unplugged and now in one of my closets. Do you want it? You can have it.

Polk sent along one for us to test out. The Polk N1 Surroundbar is a gaming-focused product, and one of the first officially licensed Xbox One products. I wasn’t sure about how a gaming-focused soundbar would hold up, but I was pleasantly surprised after spending some time with it. 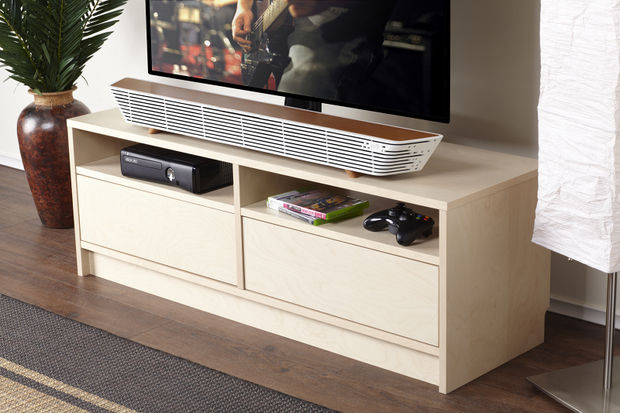 The N1 is a sharp-looking but compact (about 39″ wide, 4″ tall) sound bar that manages to pack in four small drivers and a subwoofer behind its cool horizontal slats and under its brushed-top finish. It might be a tad bit bigger than the models that have a separate subwoofer, but it’s nice and tidy, and still small enough to fit underneath your television’s screen. It’s available in both black and white finishes.

You won’t find a wealth of ports on the N1, but it does have all the bases covered. Two digital connections (SPDIF and Optical) and one 1/8″ audio jack will cover just about any need. There’s also a SUB-OUT port for those that would like to add a subwoofer. Connectivity is expanded by the built-in Bluetooth chip, which lets you stream audio from just about any compatible device.

Polk came to Microsoft for a bit of help with the sound processing for the N1. They were paired up with 343 Industries and Turn 10 Studios to work with their engineers to create a couple of genre-specific sound modes for the sound bar. There are even little buttons on the remote that feature the Forza and Halo logos. Of course, you don’t have to be playing Halo 4 or Forza 5 to benefit from the shooter and racing genre modes of the N1. 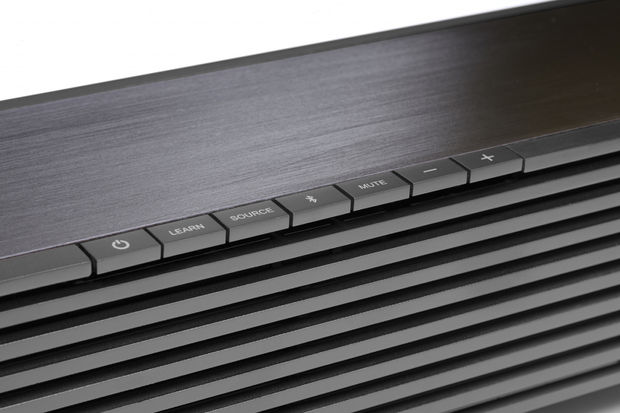 My first impression was that the N1 gets loud! A big sound comes out of this relatively compact sound bar. I did not expect it to put forth such a clean, full sound. That subwoofer may be invisible, but it’s definitely working somewhere in there. The N1 has a full range sound that is well-balanced and tight. There’s none of that nasty time separation between highs and lows (a wireless sub problem), and it gets away from the hollow, processed sound that so many sound bars suffer from.

The game sound processing modes are interesting in that they perked up the sound of the games I tried it on without harming the audio quality. Too many of the EQ curves thrown into gaming audio products hype frequencies to be exciting, but eventually end up causing ear fatigue. Trying the racing mode with Forza 5 had the sound field widening a bit, making the sound effects more immersive. The shooter mode seemed to make all the foreground sounds even more pronounced. It began to wear on my ears at high volume, though. Neither mode as as gimmicky as I originally feared, and the racing one in particular is quite good. 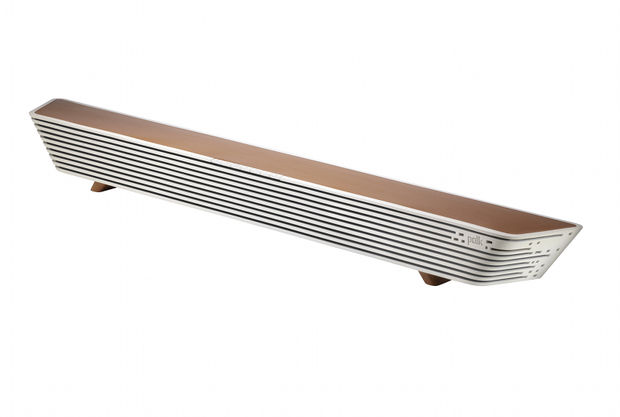 The non-gaming modes, Music and Cinema, were as useful as they were named, with the Cinema preset working well for content that I tried with my cable box. Again, the N1 put off a rich, full-range sound, with this mode bringing more pronounced dialogue than the others. The N1’s sound can easily fill a large room.

The Bluetooth streaming mode works like a charm, and it has great range, too. 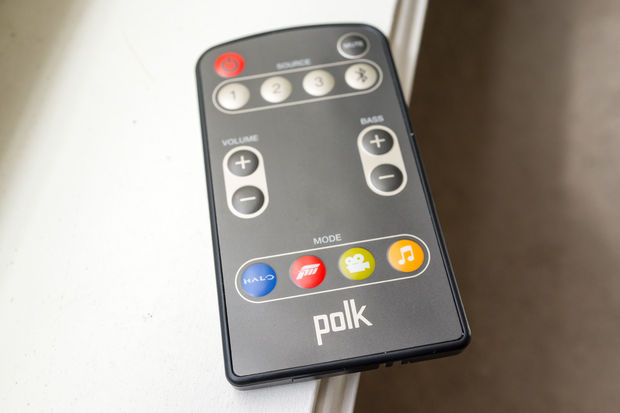 A few gripes: The remote is a tiny little thing that seems to respond when it wants to. I don’t expect it to hold up. Thankfully there’s a programming feature included to let you use your existing remotes. I also found that there aren’t enough steps between the digital volume settings to fine tune the volume exactly to my liking. And not having a sound-mode button on the speaker is an oversight. 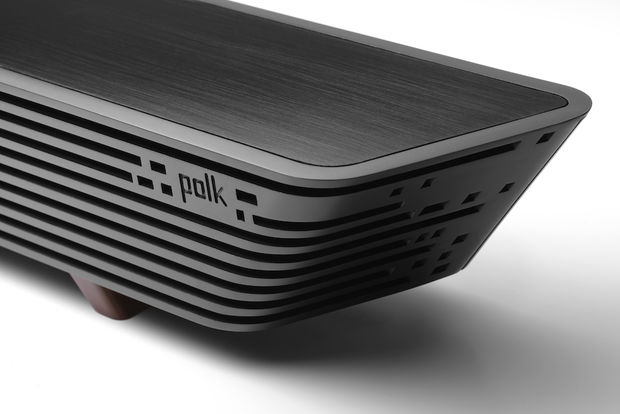 But the N1 is better than any sound bar that I’ve had in my home so far, and it has gaming sound modes to boot. Its Bluetooth connectivity makes it even more useful as a big wireless speaker system. If you want a tidy, clean, and loud solution that fits underneath your television set, the Polk N1 Gaming Surroundbar is a solid choice for your gaming rig.