For the last couple months, I’ve been using a $2 keyboard that I bought because I built a PC with leftover parts I had, and needed something functional for Destructoid. While my main PC has a Razer BlackWidow Ultimate, that’s the family computer, meaning my little brother is glued to it constantly playing Final Fantasy XIV.

Since Destructoid has been making an effort to do more hardware reviews, we visited with Logitech during GDC, where we were given the rundown on its new keyboard, the G610 Orion Brown, and its new wireless mouse, the G900 Chaos Spectrum (expect a review for that too). It can be hard to get a sense of how reliable, intuitive, and comfortable a keyboard can feel in such a circumstance, so now that I’ve had a few weeks with the Orion Brown, I have some Thoughts. 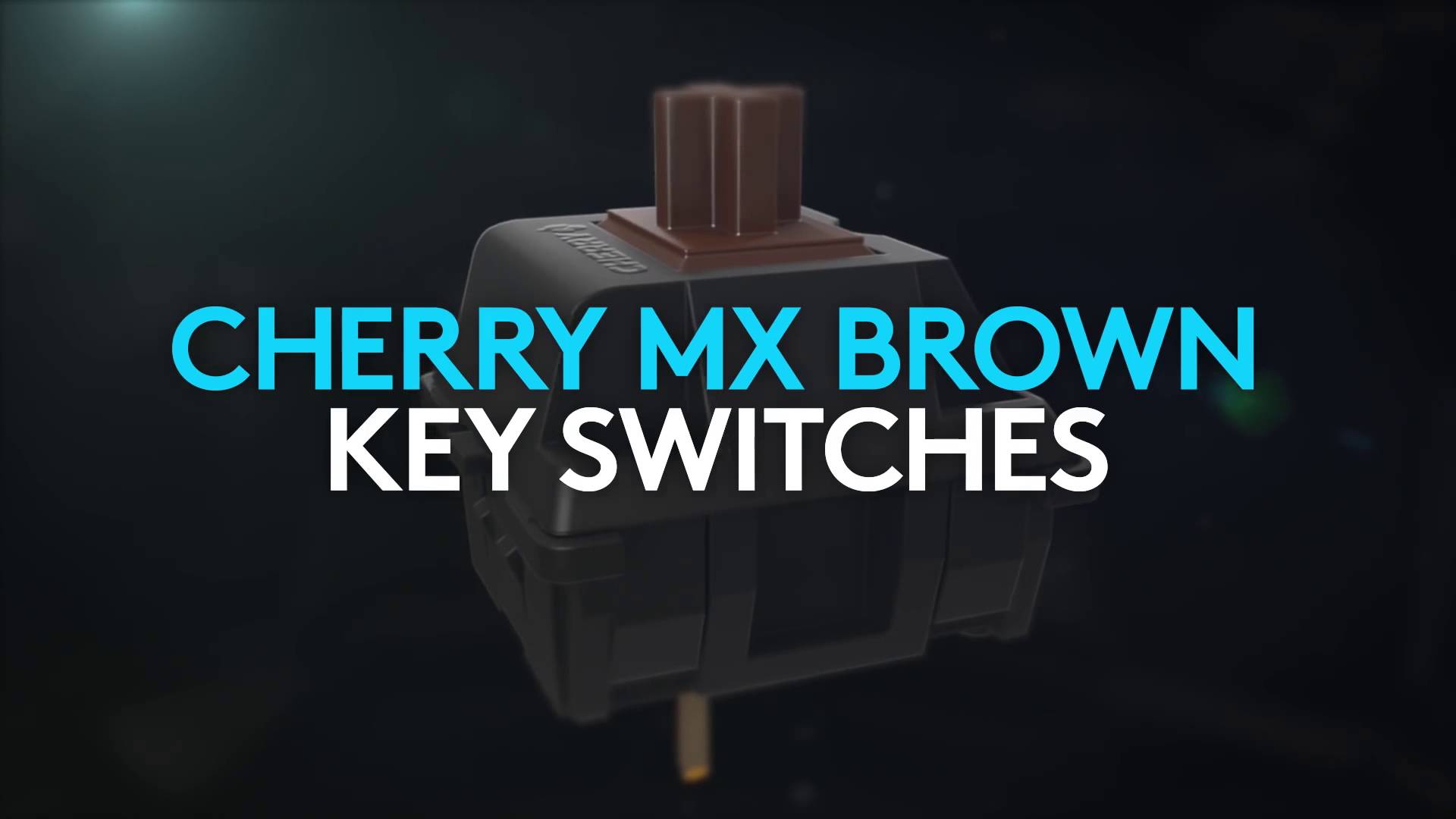 Instead of utilizing its own Romer-G mechanical switches, Logitech has opted to move towards Cherry MX keys. The Romer-G keys are extremely responsive (one was also sent to me for comparison), but for me, that’s preferable only when gaming. “But Zack!” you say. “This is a gaming website! Shouldn’t that be all that matters?” Well sure, convenient imaginary person I am creating to make a point. But I have to type constantly, and most people do not use their keyboard solely to play games. When typing with Romer-G switches, the slightest touch felt like enough to actuate keys and made anything I wrote look like my fingers were five times too thick.

There are two options for the G610 Orion: Brown and Red. While Reds are quieter, I found the Browns to be a comfortable combination of noise and tactility. There’s a definite clicking noise (a friend I was playing a game with, over Skype: “Zack, you know how I know you have a mechanical keyboard?”), but it’s nowhere near loud enough to become annoying. If you want little resistance and the least possible sound, go with Reds. For more tactility at the cost of a bit more noise, go to Browntown.

As far as extra frills go, there aren’t too many, but I like what’s available. Dedicated media controls are in the top right corner, so you can play, pause, stop, skip backwards or forwards, and overall manipulate both songs and videos. I got the most use out of the volume rocker up there, which is easier to use than a combination of function keys when something’s just too dang loud. Speaking of function keys, using Logitech’s gaming software, you can program any of them to use them as macros. Options include: keystrokes, multi-keys, text blocks, mouse functions, media, hotkeys, shortcuts, functions, or Ventrilo. This is a welcome addition since there isn’t a row of macro keys on the left side of the keyboard, as we commonly see today. 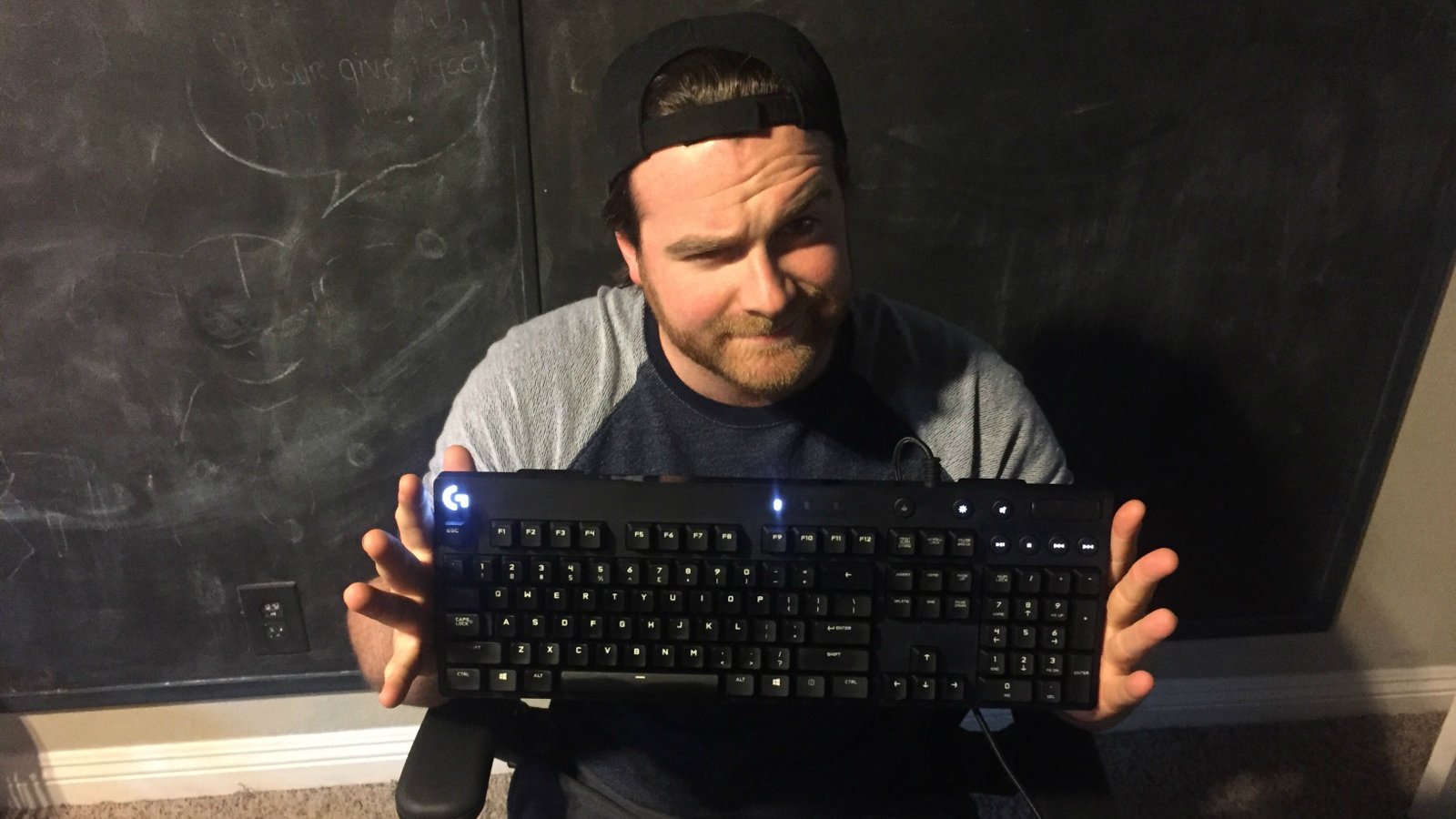 That same software allows you to change which fancy lighting mode you’re using. It’s probably not practical to have a wave of light passing under your fingers all the time, but I have made a few friends ooh and ahh because of it. I particularly like the mode that keeps the keyboard dark but temporarily lights up whichever key I press. Keep in mind that this model does not have RGB keys, so you’ll only have pretty white lights instead of a pretty rainbow under your hands. I’m fine with that, though.

I like that the software also allows me to enter a game mode that shuts off the Windows key or whatever else I specify to avoid the rookie mistake of alt-tabbing away from whatever fierce monster I’m shooting/delicious vegetable I’m unearthing. I’m a little less keen on the heat map mode that shows you which keys you use the most, mostly because there’s really nothing I can use that information for. Someone will probably pee their pants in excitement when they find out that heat maps on keyboards are a thing, but I’m not that dude.

Perhaps my only small complaint about the keyboard is that it almost requires some sort of wrist support. The feet on the back have three angles: 0, 4, and 8. That might be enough to ward off arthritis for some, but my brittle bones need to have something holding them up, and the G610 just doesn’t have that. That’s an easy problem to fix, though, as separate wrist supports are relatively cheap.

No, it doesn’t have magical rainbow energy lights or an extra row of macro keys, but it does have a satisfying feel to it, great media controls, and a high degree of customizability for all users. I love this weighty sucker, and I’m fairly certain I’ll be using it for years to come.