Logitech’s Artemis Spectrum is oft-heralded as one of the best gaming headsets you can buy, but the company has taken another stab at audio hardware with the G533 Wireless headset. Like its forefather, it’s expensive, but if you’re willing to shell out your hard-earned cash money, you’ll be very happy with these puppies.

I promise I won’t talk like a used-car salesman for the rest of this review. 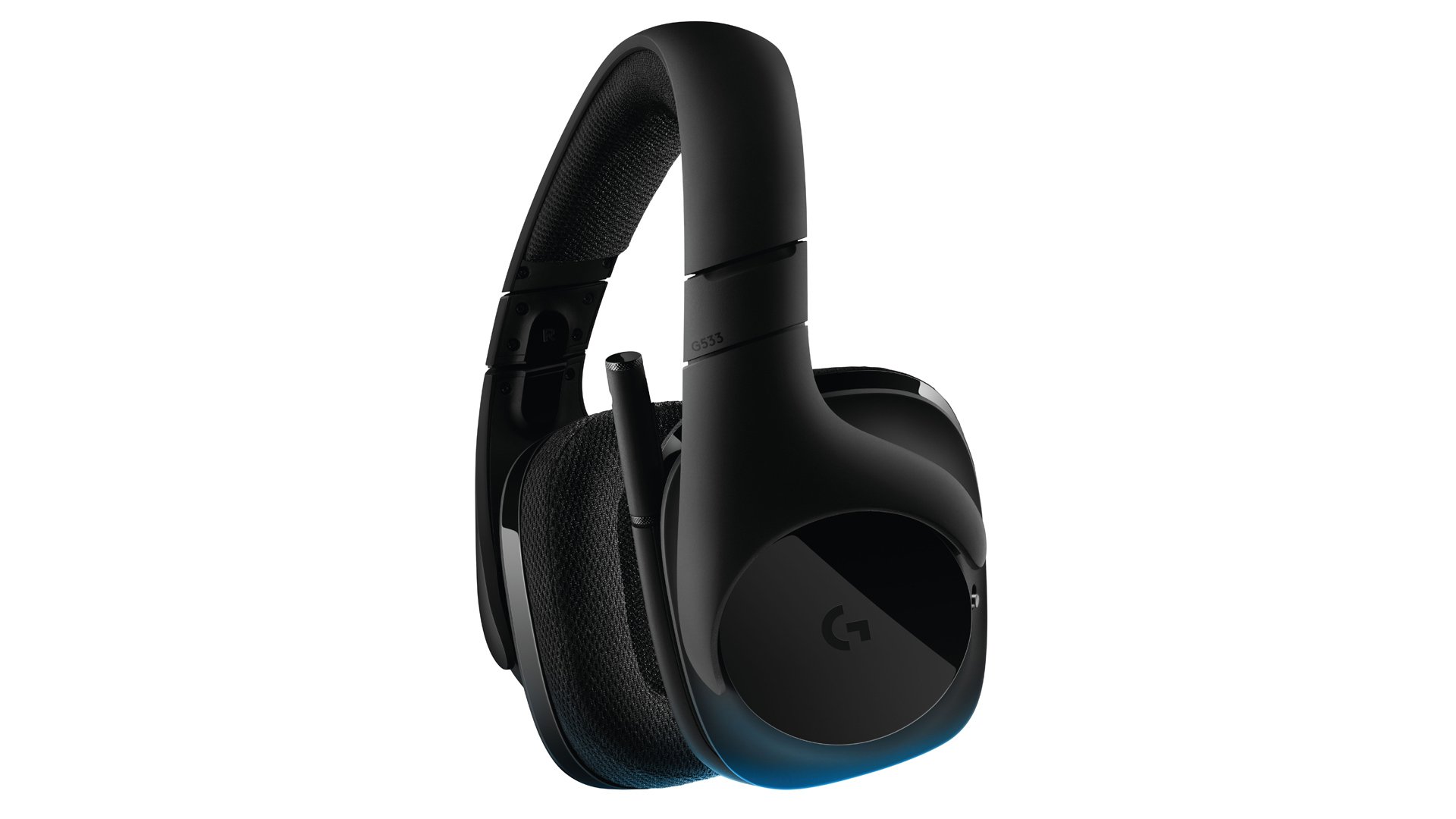 Logitech has been veering away from over-produced, Bionicle-lookin’ PC hardware lately, and that’s a trend I can get behind. The G433 has a simple matte black finish, highlighted by a few glossy sections on the cups and the Logitech emblem on top. If you don’t care about looking like a regular-ass human when playing video games, at least know that due to this simpler design, it’s also very comfortable. Holding it in my hands, the G533 seemed heavy, but the way the weight is distributed makes it comfortable for extended play sessions. The mesh on the cups is also removable and washable, so feel free to leave your ears all nasty and instead clean the headset (please don’t do this).

Behind the left cup is a volume rocker, programmable button, and an on/off switch. It took some time to become familiar with where the volume rocker was, but after a day or so I adjusted. The front side has an extendable boom mic that can be muted by lifting it up and making it flush with the headphones. A small pop filter on the tip of the mic helps to mitigate plosives, and I found it to be more effective than I anticipated. While the mic is on the quieter side, those that I played with said it picked up very clearly and the filter helped facilitate a clean, consistent tone.

New driver technology has lead to a warmer, more even sound that I appreciated in both movies and games alike. Using a supplied program called Peakmeter, I began looking for music and games that actually used a 7.1 channel and realized how much of what we hear is only in two channels. Games like Battlefield 1 (which was also supplied for the purpose of this review) take full advantage and become ridiculously immersive when you can hear a sniper rustling through grass by your side. 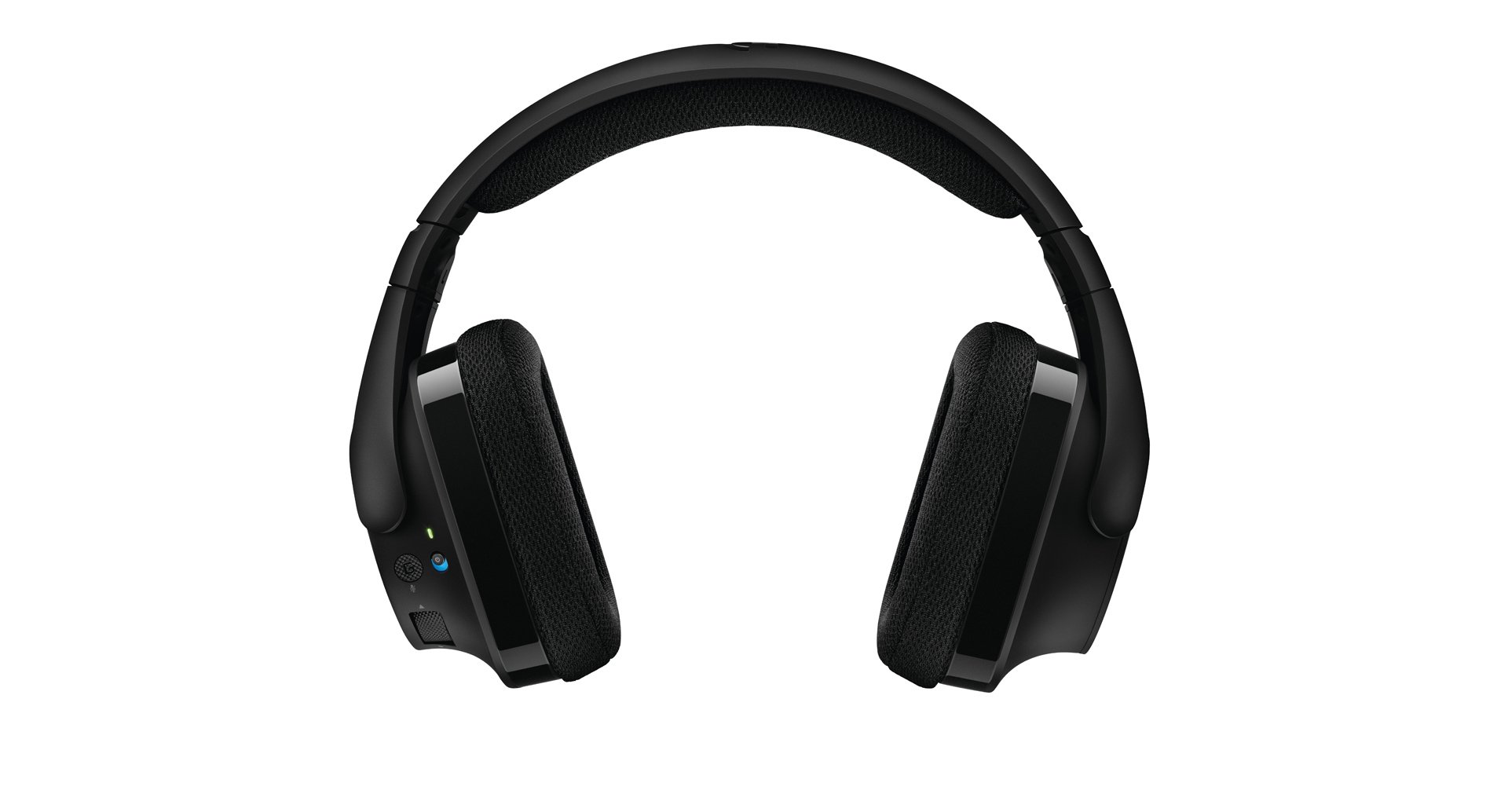 The always-pleasant Logitech Gaming Software made customizing the sounds I wanted easy: I was able to switch that programmable button to basically anything imaginable, switch between preset equalizations like FPS and MOBA, and play around with the 7.1 settings. In a nice touch, all channels go up to a maximum of 11 for volume. I hope you understand the reference.

Of course, no one headset is for everyone. If you’re thinking this all sounds good and you’d like to take it with you on the subway or on a walk, you’re out of luck. Though the headset is wireless, it requires a USB 2.0 slot, so this is pretty much exclusively for the PC. The wireless connection is great for the house, with a 30-foot range and 16-hour battery, but that’s the only place you’ll be using it.

The price is a little hard to swallow as well. The G633 Artemis Spectrum is only $99 right now, and it has 7.1 support, an actual audio jack for portability, and more programmable buttons if that’s what you’re into. So it’s a tradeoff: this new one with a better mic, better sound, and less of a Gundam look for $50 more, or portability and more buttons with the Artemis Spectrum. Depending on your preferences, it might be smart to save the money.

If you can afford the G533s though, you’ll have a comfortable, reliable, swell-sounding headset on your hands. I’ve had these suckers on my head for tens of hours at this point, and they’ve never once performed less-than-admirably.