Isometric camera angles ain’t ever looked this good before!

Cyberpunk as a genre has a seemingly endless ocean of material out there to consume, and with that comes plenty of games that dip into that sea of inspiration. The Ascent is one of those games.

Big dancing holograms? Check. A rainy atmosphere with flying vehicles and bright neon billboards everywhere? Check. An augmentation that sends out a cloud of charged nanites that rapidly gestate inside your enemies which, upon death, cause them to violently balloon up and explode, leaving behind just a pool of gib and blood around a skeleton? Check. I still remember seeing Final Fantasy VII for the first time and being blown away by the background renders and animation effects. As impressive as it was, though, I always wondered what games might look like in the future and if they’d ever top the pre-rendered cutscenes or backgrounds commonly used at the time. So, when I started playing The Ascent for the first time, the immediate thought that popped into my head was: “If only I could show my past self just how wild game visuals have become.”

Screenshots don’t do the visuals in this game justice; this is a game you absolutely have to see in motion. From the very moment I started exploring the underbelly of this cyberpunk world, I was instantly reminded of Final Fantasy VII‘s opening bombing run and the immense interiors of Shinra. Much like I did back then, I spent way longer than anyone should in The Ascent simply gawking at everything. Watching the moving parts and things flying by, the lighting, and various vents spewing out god knows what. 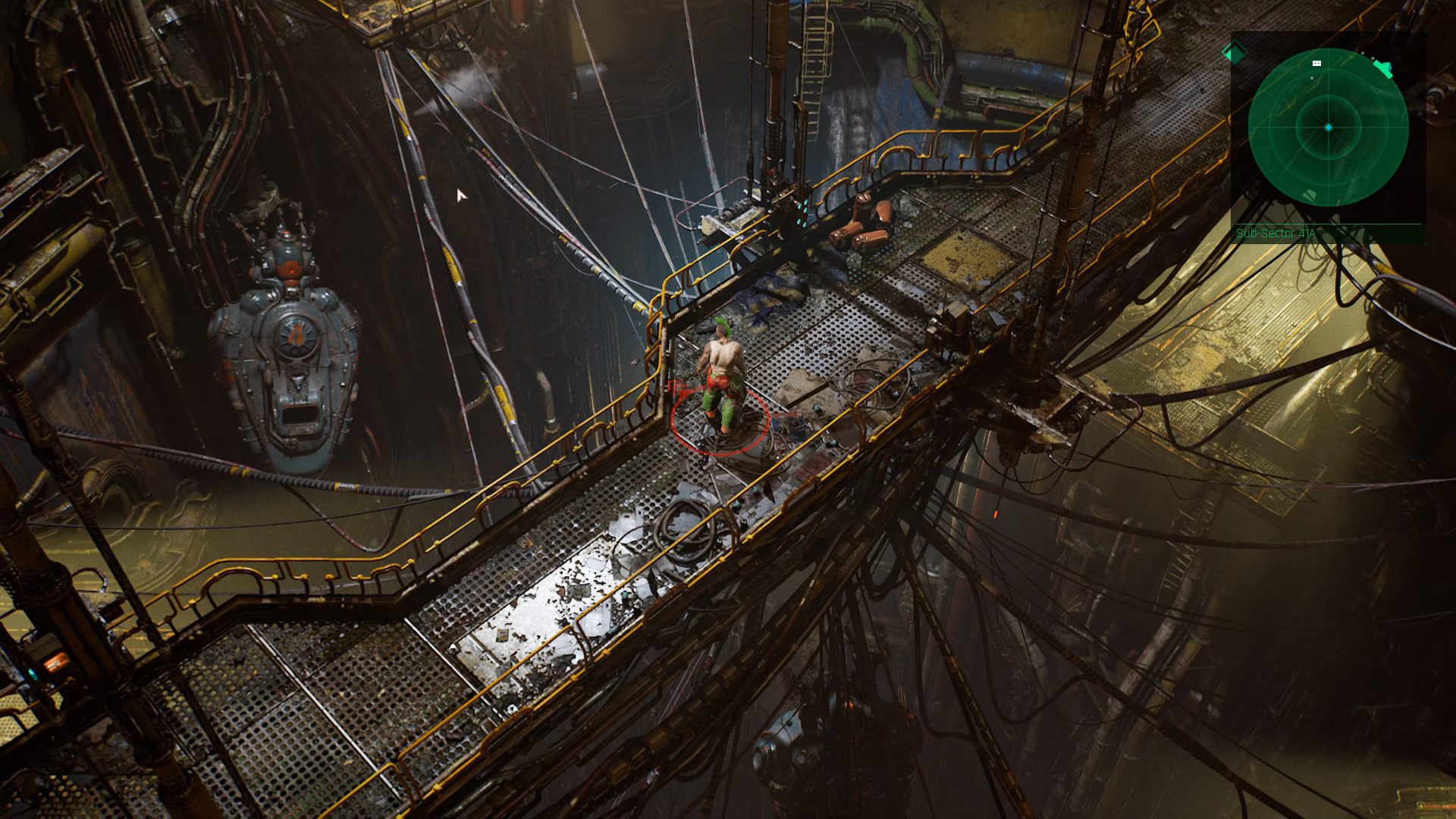 Set on the planet of Veles, The Ascent starts as just another ordinary day of clearing out feral mutants from the lower levels of the massive cityscape run by the mega-corporation known as The Ascent Group. However, shit hits the fan fast and hard when The Ascent Group pulls the equivalent of putting a cardboard sign on the front door telling all their employees they’ve gone out of business. Nobody seems to have a clear answer as to why, but everyone and everything from lowly street gangs to rival corporations are now trying to make big plays. Meanwhile, you’re tasked with getting to the bottom of it all and turning anyone who gets in your way into a blood smear.

It’s that latter aspect, though (outside of the visuals), that has kept me hooked, as the all-around gameplay is pure bloody bliss.

To summarize, it’s essentially a twin-stick shooter with RPG elements — leveling, attribute points, and so forth — with some added verticality. You can duck and cover behind objects at any moment while also aiming your gun at different heights. So, for example, if you’re ducking behind cover, you can aim your weapon over it and continue blasting fools or even straight-up aim for their heads while standing out in the open. This mechanic constantly keeps you hyper-aware of your surroundings and looking for objects to get behind before getting into a firefight. 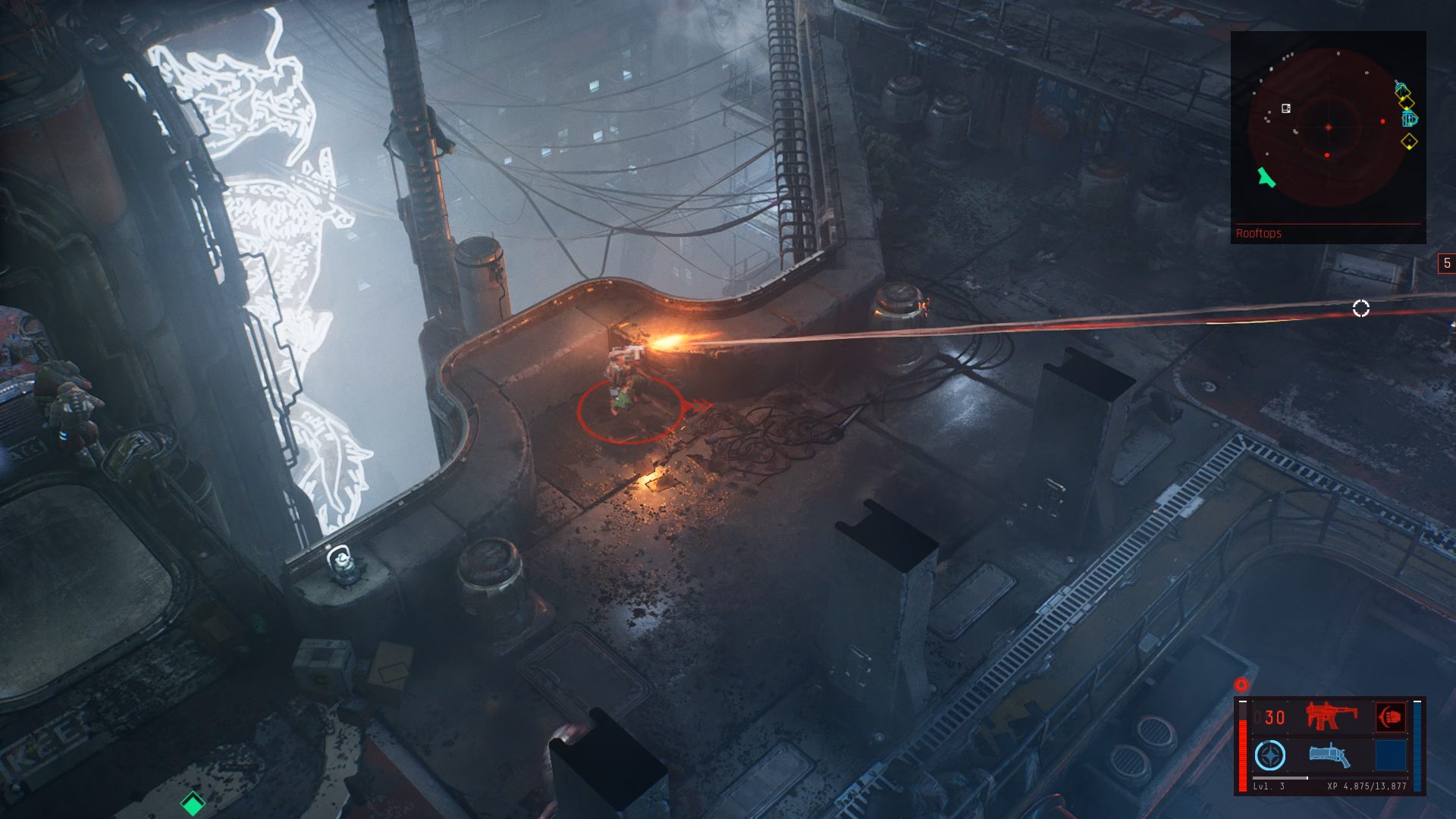 The weapon variety in The Ascent is pretty solid from fun augmentations mentioned earlier, explosives, and a swath of different weapons to pick up and upgrade. Upgrades are also universal, so for example, if you upgrade your shotgun, but decide to swap it out, only to later regret it and pick up another shotgun — those upgrades will still be there.

Best yet, all of this can be played alone or with up to three friends in both online and couch co-op. It’s that co-op aspect that I’m most excited to check out (as well as just seeing this on my TV, in general, through my Series X). Co-op is also my core reason behind not having a full review yet, as I think many folks will play this as a co-op experience, and I want to experience that as well before giving my final words on it. 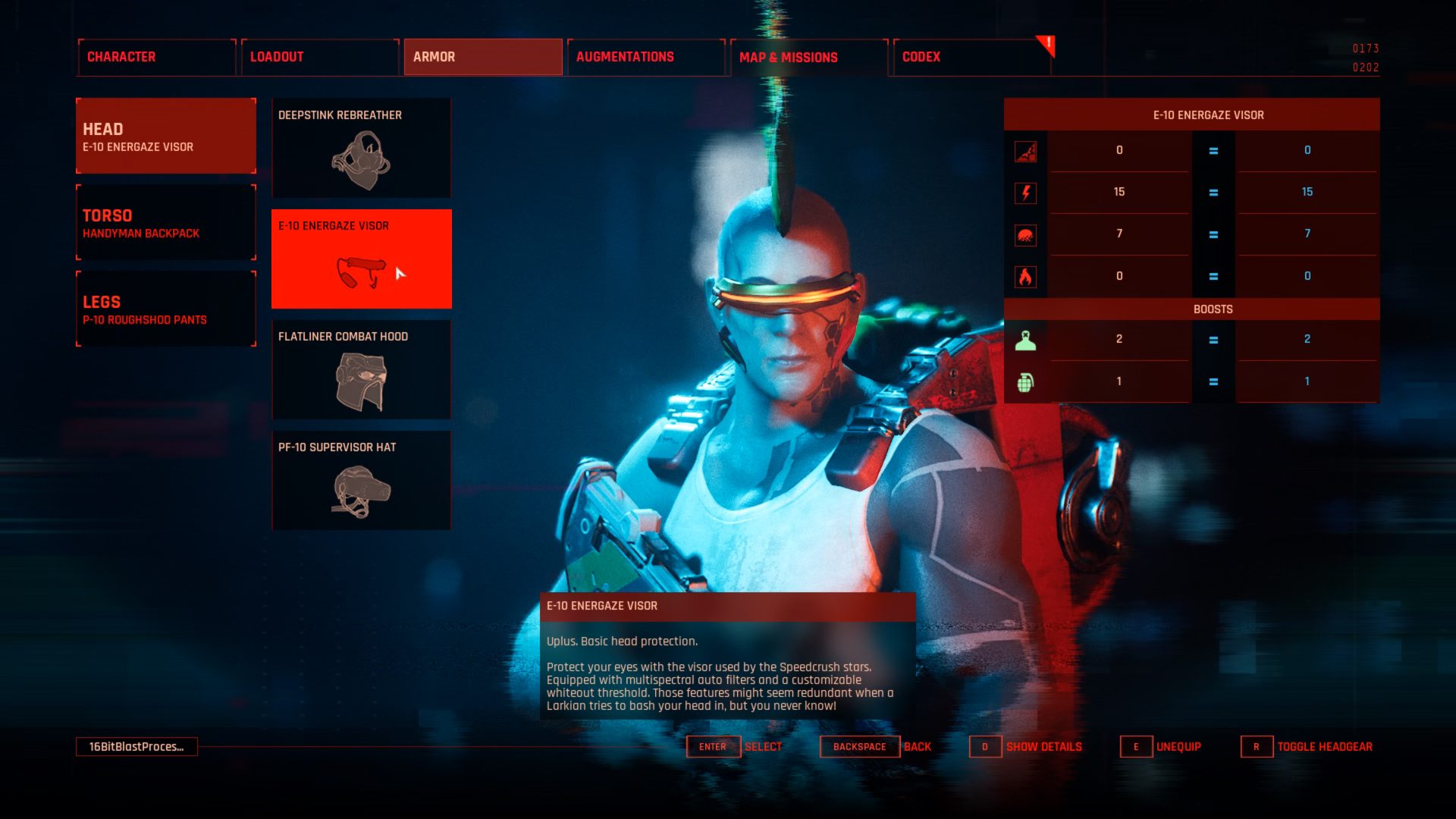 After ten hours, though, I will say I’ve run into a fair bit of harmless jank (such as clipping issues), and I’ve also found myself getting lost or straight-up unable to proceed at times. For example, one quest early on had me searching for a specific steroid dealer (to help out a personal trainer get his clients juiced up). A simple enough fetch quest, I figured, so I set out. At any moment in the game, if you’re lost, you can press the O key (on PC) to have a red navigation line sprout up and lead you in the right direction.

The problem is, this navigation line tends only to give you the quickest b-line route and not exactly the safest way at times. I’ve had it send me off into high-level areas one too many times that are far too challenging for me to proceed, forcing me to open up the map constantly and figure where I need to go (while also not walking into a death trap).

After finally navigating my way to an elevator I needed to use to reach the higher levels (where the steroid dealer was supposedly at), I ran into my next problem of the said elevator just straight-up not working. I even managed to hack the door open but still couldn’t use it. I was stumped and extra frustrated I had to navigate my way back to safety after running through some high-level areas. 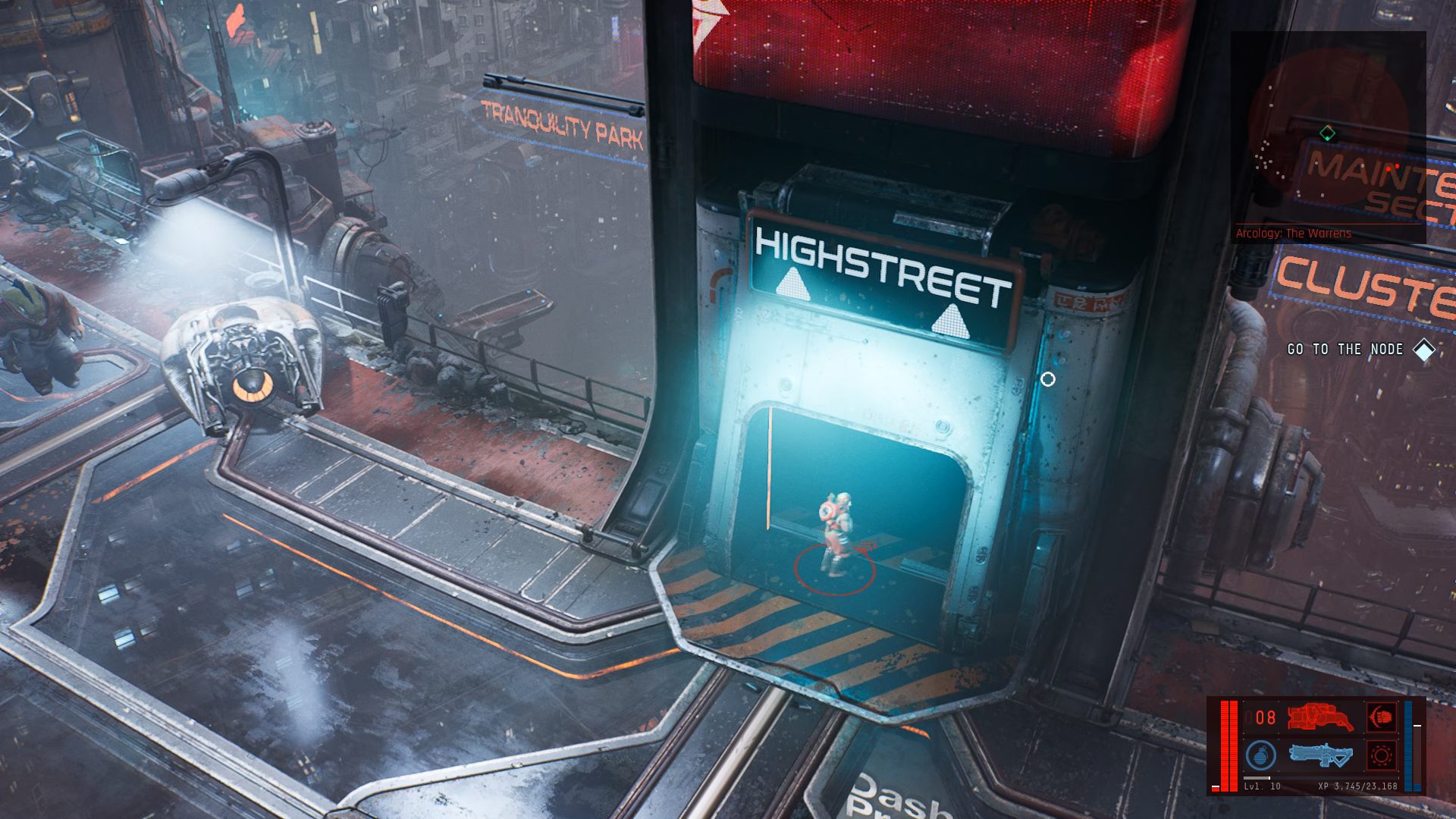 In the end, I gave up and assumed it was bugged, only to then return to that same elevator during the main quest that earned me access to the higher levels, and it worked fine. Why was that side quest even available to me before the main questline that gives me access to the higher levels? I’ve found this to be a pretty common trend so far in The Ascent, where if I can’t access an area yet or ran into a dead-end, chances are I had main story stuff I needed to do first. So, keep that in mind if you’re stumped on where to go. Hopefully, this is addressed in future patches.

When I’m not getting lost, though, The Ascent is a gorgeous and (so far, anyway) incredibly satisfying twin-stick shooter. I think the deciding factor for me on whether or not this will be one of my favorite games of the year will boil down to what I think of the co-op, how the story fleshes out, and ultimately if some of the minor issues mentioned above are addressed in the long term.