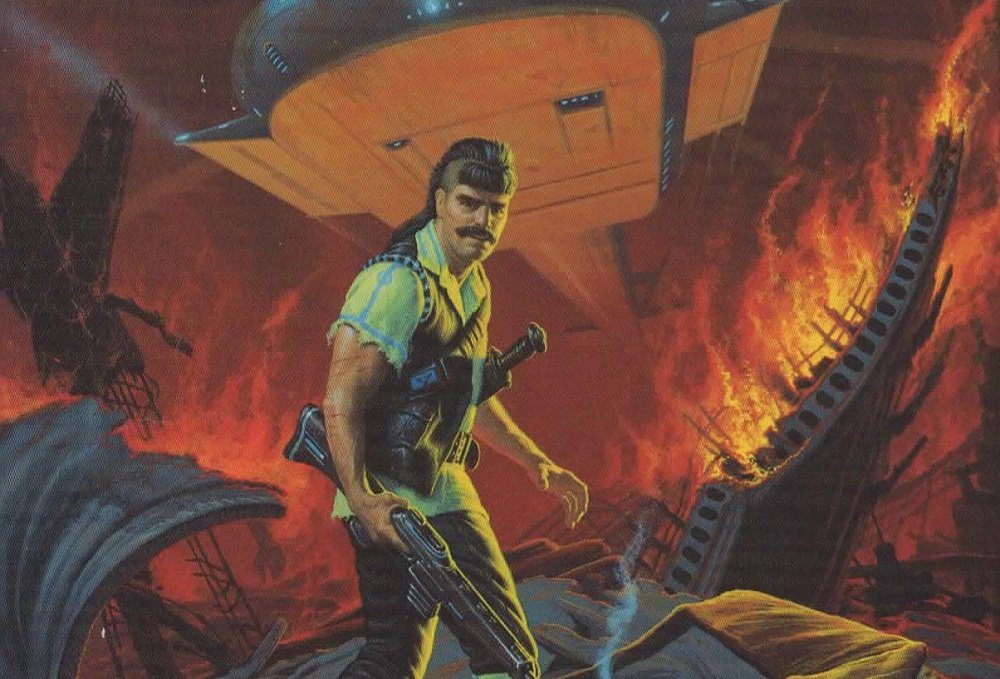 The world of the Shadowrun tabletop RPG is the best, stupidest, most tantalizing mash-up ever. High fantasy meets cyberpunk. Elves, mages, and dragons, all mixed amongst political turmoil and megacorporate conspiracies. I get goosebumps just describing it.

It’s just a shame that we haven’t gotten what I’d consider the perfect Shadowrun game. I’ll grant you that the games developed by Hairbrained Schemes are fun on a bun. I love them, but at the same time, I’m not in love with them. They certainly tick a lot of my boxes, but there’s something confining about them.

However, I can always go back to the Shadowrun titles produced around the birth of the tabletop game. Both just titled Shadowrun, there was one on Genesis in 1994 and one on the SNES in 1993. Released about a year apart, these two games were completely and entirely different, but both are worth playing. The Super Nintendo title was the one I first played and I hold it a smidge closer to my heart. I first picked it up as a child and was completely and utterly confused, yet somehow it made an impact. Now, with adult grey matter at my disposal, I can unwind its unfriendly exterior and eat at its nutritious innards. Have a taste!

On the Super Nintendo, the game puts you in the shoes of Jake Armitage, a former Shadowrunner who was assassinated (or “geeked” as it might be said in Shadowrun slang) on the street for some reason. He kicks his way out of his morgue slab with a case of amnesia, and immediately sets to work trying to figure out what the hell happened.

The year is 2050, it’s Seattle, and surprisingly, it isn’t raining. The SNES Shadowrun is pretty unique for the system, resembling a CRPG straight down to the mouse pointer interface. You power up your character through experience and equipment, customizing to your liking. Progression requires you to talk to NPCs, and as you do, you collect keywords that you can ask others about.

It’s a good flow, if you can avoid getting stuck. Which you can’t.

Getting accustomed to the pointer interface is difficult enough. Every action requires you to select the cursor, including shooting dudes. Even talking to people makes you switch to the cursor and move it over someone that is standing directly beside you. An action button would be more efficient, but here we are.

Take a look at combat, since it’s done with the cursor too. You have to stand perfectly still while you aim your gun or spell, then just whack away at the target until enough of the dice rolls land in your favour and the enemy dies. It’s not very lively.

Despite its strange interface, it doesn’t help the game with its translation of its source material. Certainly, there are lots of themes that carry over, but there’s more that’s abandoned than implemented. The narrative is somewhat based off the pulp Shadowrun novel, Never Deal with a Dragon, but without any of the characters, situations, or much of anything else aside from concept. You gain karma instead of XP, you can augment yourself, and there are three categories to focus on: decking, combat, and magic.

The biggest divergence from the source material is that Jake can profess in everything and augment himself up to the eyeballs which flies in the face of Shadowrun’s mechanics. In the tabletop RPG, you have to specialize. You can’t augment and still use magic, because augmentation takes from your essence, which dictates the efficacy of your magic. Likewise, if you want to be a novahot decker, you’re going to be focusing your skills there instead of your fighting abilities.

I get why these changes were made since your party members are useless, but it’s important to note that it’s not a very direct translation.

I have my misgivings about this particular iteration of Shadowrun to the point where I’m not sure if I actually enjoy playing it. However, I still take it off the shelf with some regularity, and I know exactly why.

Shadowrun has this amazing ability to capture the feeling of deserted city streets at night. A confusing loneliness, a cool break from the summer heat.

Its gritty grey and dirty browns bring out the ugliness of its world. The empty train stations and the noisy clubs. It’s weird to have a 16-bit game able to communicate these feelings (I know, I know; Super Metroid). Some of the best moments are just when you’re running around investigating where to go next. Then you get attacked from a hole in the wall and the combat music kicks in.

Yeah, the music. It underlines the atmosphere wonderfully. Marshall Parker knew exactly what he was doing, creating a series of amazing tracks. It’s not exactly what I think of when I think cyberpunk music, but it has a style that fits on its own. I will lay my cards down and say that Shadowrun has one of the best soundtracks on the SNES. Top 10. Maybe. Probably.

It’s something I enjoy listening to outside the context of the game, which isn’t a claim I’d make for many titles. Every song is wonderful, from energetic to moody. Even if you don’t want to try the game, give the OST a listen.

Shadowrun is not a friendly game. Its puzzles can be slightly obtuse and important objects have a habit of getting hidden in the backgrounds. The cursor interface is so poorly thought out, and going through a tonne of keywords to find the one a particular NPC will respond to can be a chore.

But there’s nothing like Shadowrun; this weird mix of console and CRPG. It’s a bizarre, unique experience with amazing atmosphere and a splendiferous soundtrack. It makes you feel like a cool cyberpunker when you’re not even doing anything that cool. Its plot may not be anything too outstanding, but the pacing is just right — until you get stuck running in circles trying to figure out how to open a door.

It’s not the perfect interpretation of the Shadowrun source material, but instead stumbles drunkenly into its own successes. It’s a game I hold dear to my heart, like a child that doesn’t do well in school but has a good attitude, so I haven’t abandoned it at the side of the road. And yeah, I’m listening to the soundtrack right now, and so should you!