The history of Pokemon has been a wild ride, and we’re not at the point where the remakes are sort of catching up with its lifespan. Currently we’re on the eighth generation with Sword and Shield, and Brilliant Diamond and Shining Pearl are generation four. We’re halfway there!

And “stuck in the middle” is a perfect way to describe this most recent take on Switch. 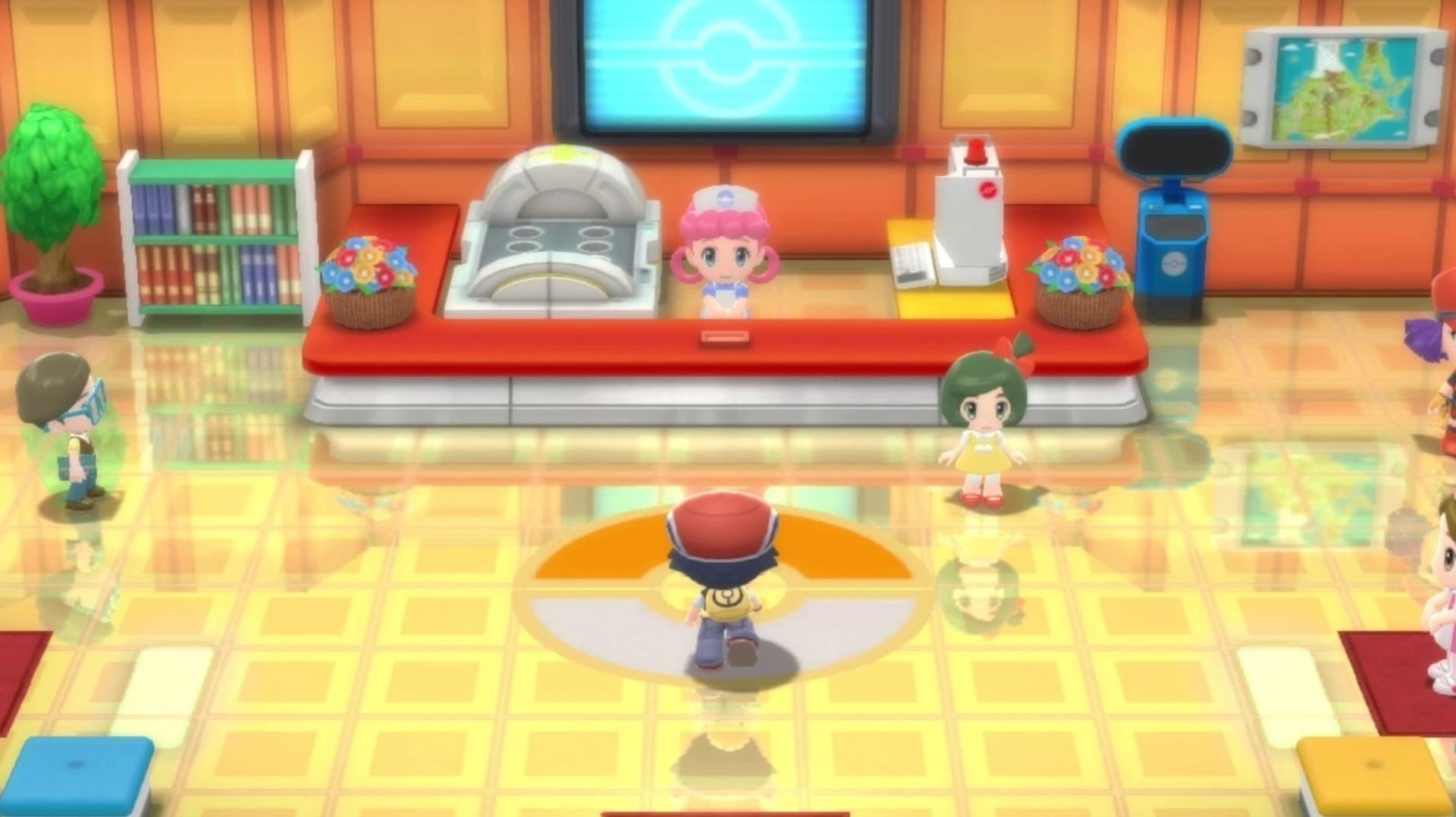 Although I’ve played every generation at launch, Gen 4 was one of the more nebulous ones for me on a personal level. A lot of my friends had quit Pokemon entirely by the time the third generation rolled around, but with Gen 4, my playgroup was a ghost town. It wasn’t necessarily the fault of the games themselves, but people move on. After all, for many younger folks, as is the case with every generation, this was their “Pokemon Red and Blue moment.” Thankfully, my wife joined me in a united Pokemon front, and we continue to play the series together to this day. Even as people have come and gone, she remains a constant, in more ways than one!

With all that history out of the way, I was incredibly interested in seeing what the Gen 4 remakes brought to the table. Sadly, I quickly discovered that they lacked some of the advancements from Platinum: the fabled “third” and “ultimate” version of the game that was released a few years later. It’s strange, because a lot of people still own Platinum and a DS, so it’s not like it’s lost to the ether — but people are going to miss some of the bonuses in these remakes.

The first thing I noticed when booting up Brilliant Diamond and Shining Pearl was the chibi aesthetic. The original set of games did have a warm look to them, so I can see why they went this direction. Now, I know that a lot of people aren’t going to dig it, but I found the style to be boring at worst, charming at best: especially when roaming around. One exception I found is that it does detract from the weight of typically serious/pontificating/villainous characters; who strangely have different, more imposing forms in the scant cutscenes.

Once you get used to the new style (or tolerate it), it gets extremely familiar. These remakes are very much like the originals with wild grass battles (outside of The Grand Underground) and the same basic plotline to boot. That’s not always a bad thing. But here, it’s easy to be cynical and focus on the fact that a visual tweak here and there was the core priority, rather than an opportunity to fully rework the games into a completely definitive version. These remakes used to blow me away with their enhancements, but I don’t feel that yet.

The lack of anything Platinum (especially the narrative strides) is a key mistake, and while it would have required a lot more effort to incorporate across two new games (which really, could have been one big one, as usual), it would make these feel more definitive. While I’m enjoying myself and Gen 4 does hold up, it would be hard to recommend this over getting your hands on Platinum in some form. Such is the way of remakes: the newer the game, the more pressure there is to one-up it. The Game Boy through GBA titles are easier to top in this regard. From the DS on, that’s getting into modern territory, given how long the 3DS and its backward compatibility lasted.

It’s a weird spot to be in, because Brilliant Diamond and Shining Pearl are being released just a few scant months from Pokemon Legends, which promises a lot more originality. As I make my way through Sinnoh again we’ll see how it stacks up in the full review, but for now, this is looking somewhat non-essential.