Ah, the MMO. It’s a tricky beast, alright. Making one seems to be such a delicate process. As developers and publishers try to replicate the immense success of World of Warcraft, we’ve seen few succeed and many fail. City of Heroes, an MMO by Cryptic Studios, could probably considered one of those small victories. It helped the genre to toss aside its identity as being nothing but swords and sorcery, and was a really great game too.

Now Cryptic has taken the CoH formula and attempted to improve on it in their newest game, Champions Online. Is it a worthy successor? Hit the jump for my impressions.

NOTE: As of this date, I have not reached the level cap (40), so I have not been able to test the endgame content. For this reason, I have not included a numerical score. 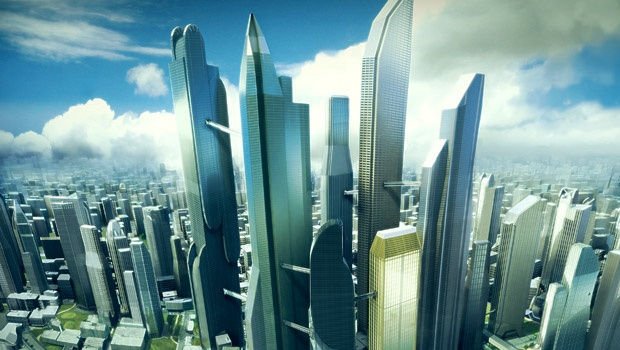 Champions Online is a lot like its predecessor, City of Heroes, sans the City of Villians side. In it, players assume the role of a superhero of their own creation and do their part to protect the world.  It’s not a completely new setting, as the superhero MMO has been done a few times before, but one can’t help but feel a little excited to spent time outside of the typical swords-n’-sorcery backdrop that so many MMOs take place in.

Cryptic has done a wonderful job of taking the superhero mythos and making a believable world out of it. The areas to play in are huge, and once you have a travel power (such as flight, super-powered jumping or tunneling), you can rise up above it all and take it all in. The sounds are also pretty great, with music and sound effects that resemble the sort of things you’d hear in a 90s-era comic book cartoon. Most of the MMO staples present are molded to fit the superhero universe; guilds are supergroups, parties are teams, equips take the form of DNA mutations, and so on. And then there are all the heroes that constantly zip and zoom around it all.

The players of Champions are one of the most important aspects of the game’s atmosphere, and that’s an awesome thing for an MMO to accomplish. 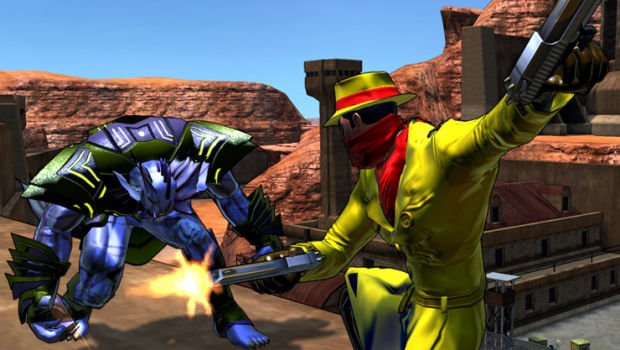 There is an insane amount of customization to do before entering the world. No one need worry about being stuck in an avatar that resembles everyone else’s; with all the avatar options, you can make literally anything you want. In my case, I made a gunslinging, seven-foot-tall reptilian pirate. I’ve also seen elaborate mechas, flying monkeys, and even a superhero version of Zach Morris from Saved by the Bell. The only limit, besides the fact that you can’t make your hero fat, is your imagination. A bit of your character’s detail is lost once you enter the game world, but it doesn’t take much away from the fact that you still feel like something of your own creation among thousands of other works of imagination (or clever rip offs of pre-existing creations).

There are also many power frameworks to choose from for your crime fighter, including staples like ice, fire, force, and lightning, and more interesting choices like munitions, telekinesis, and supernatural powers. In all, there are 18 different specialties to choose from. You can either choose one of these to focus on or you can mix and match for your own custom build; if you want, you can make your guy shoot fire from his hands AND have the ability to create weapons with his mind powers. Custom builds can make for some very mixed-up superheroes, but the system is interesting in its own right. It further adds to the amount of possibilities you have when making a character all your own, and Champions is all about providing a personalized MMO experience.

All players start out in the same tutorial area, a city that is endlessly fighting off an invasion of intergalactic insects called the Qualaar. Things quickly pick up here as you learn the ropes and branch out into several other areas of the world, including a desert full of ghost cowboys and the snowy fields of Canada. You travel around doing quests for equips and resources (Champions‘ form of currency). Unfortunately, even though the gameplay starts out strong enough to match the versatility of the character creator, it fizzles out the further you go. 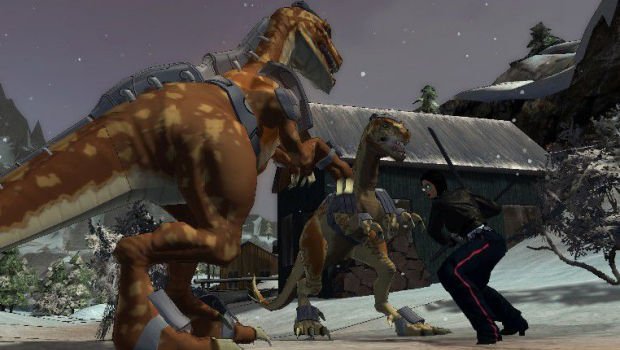 Initially, the combat system feels markedly more action-y than most MMOs. Instead of just running up to an enemy and using your various attacks, you’ll find yourself strafing, jumping, blocking and wriggling out of holds. In a particularly nice design move, blocking is controlled by a button press rather than pure probability, as is so often the case in MMOs. You can also earn power-increasing Hero Stars (up to five) for each enemy you kill without dying, though you lose one each time you are killed. Defeated enemies drop items that, when picked up, immediately heal your power, life or energy for a certain amount.

The action isn’t near the level of any action-adventure title, but it’s a lot more dynamic than your typical MMO fare. Grinding, however, can wear down the most fun combat system in the world, and Champions‘ is sadly no exception. Initially satisfying as the combat may be, the sheer amount of grinding necessitated by the game’s structure turns it into a chore after a few hours of sustained play.

While they last, quests are the usual fare: an NPC tells you to kill X amount of monsters or rescue his or her buddies. There are also open quests, which anyone can hop into and complete at any time, and story quests that round out the exploration of each area. These different quest types break up the monotony, but not by much. All of them are there mainly to help you avoid the grind, but don’t do a very good job of compensating you for your time. The money earned is fairly useless, as there are no items to buy other than crafting materials and costume changes, and the equipment you get is soon replaced with more equipment from the next quest. 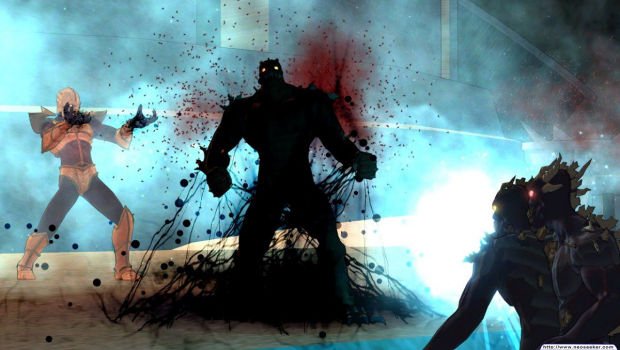 Nothing is really done to ensure that people pay attention to the stories attached to any of the quests or the NPCs that give them, either. You’ll hear some really funny soundbytes when fighting alongside NPCs in open and story quests, but none of the written dialogue is particularly attention-grabbing. You may find yourself just going through the motions, so to speak, without really knowing or caring why you’re doing what you’re doing outside of the general “they’re bad and you’re good” vibe that wears thin within a few hours. The aforementioned story quests are much better storytellers and great fun to boot, but are few and far between.

Then there are the problems attached to the lack of a structured class system. On one hand, it can help players create characters more unique to them. On the other hand, it can make things very confusing when you are trying to figure out the best stats and equips to give your character, especially if it has a customized build. It’s all very trial-and-error, and it will have you wanting to go back and use your eight character slots to try and perfect the one hero you want to play as your main. Some resources can buy you a respec, but you can only undo the last five changes you made to your build.

Crafting is another weak point of the game. There are three proficiencies to choose from: science, arms, and magic. Deciding whichever one is best for your character is somewhat confusing, however. Despite continually crafting arms upgrades for my munitions-based character, I never really saw any improvements; either the craft upgrades just weren’t at all useful, or the game was doing an awful job of explaining what I was doing wrong. As a result, crafting doesn’t feel worth the time it takes to scour the world for the ingredients, and I was left more than a little bewildered at the entire system in general. 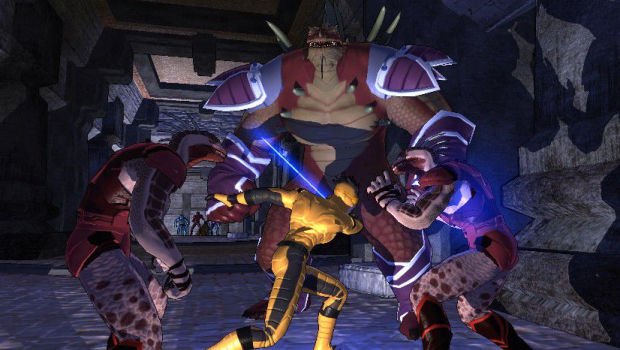 PvP is pretty standard. You fight with and against other players in teams for experience points and acclaim (another form of currency that can only be used in special shops). You can enter the queue from anywhere via your menu, which is nice. But for now, it seems that the things that acclaim can buy are priced much too high, forcing players who want them to spend an inordinate amount of time fighting in arena battles. Just as with the grinding and craft systems, the game just doesn’t seem to pay players back for the work they put into it.

The game’s nemesis system is admittedly pretty interesting. At level 25, the player can go back into the character creator and make a personalized nemesis for themselves. From that point forward, they will send their lackeys after you time and time again until you eventually have a showdown with them. This sounds really cool, even if you don’t get to control your nemesis, but…you have to reach level 25 first. And it’s really hard to get that far.

Quests don’t immerse or reward you enough, and exploration often just gets you killed, causing you to lose your Hero Stars and become less powerful. You have to stick to certain areas, do all the quests mainly for experience, and then grind on the enemies there before venturing off somewhere else. You can also level by participating in PvP, but not everyone likes that sort of thing, and those who do may find that, again, the payout just isn’t worth it. 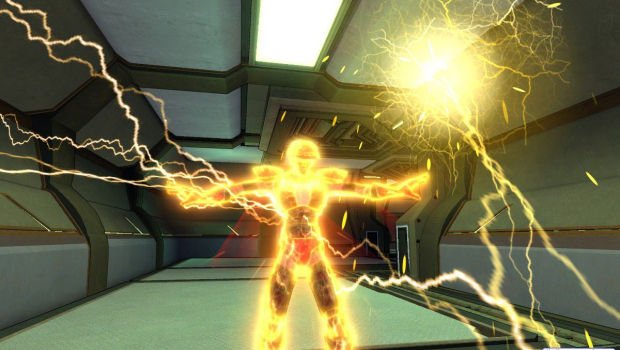 If personality is something that is very important to you, Champions may very well be the MMO of your dreams. There is no danger of wading around in a sea of similar looking characters, or even similar functioning ones, for better or for worse. But there is too much about the game that is unbalanced and confusing at the moment. Those who currently play other MMOs may find very little incentive to switch. Hopefully, as the game grows and changes, the actual gameplay will match the grand, enjoyable world it occupies. Right now, however, the confusing upgrade system and unsatisfying grindfest structure prevent me from fully recommending Champions Online.