For the professional gamers out there

Sound quality has come a long way from the beeps and boops of the early generations of gaming. Epic, modern AAA games require soundtracks, sound effects, and sound mixing that rival Hollywood’s best. Last year’s every-award-winner God of War has some of the best sound design I’ve ever encountered in a piece of gaming. Red Dead Redemption 2 is another title from 2018 that excels at using sound to build its world.

But modern gaming isn’t just about the sound produced by whatever title we’re playing. More and more, the sounds we make play a bigger role in the industry. Whether you’re a streamer who is yelling racial epithets over gameplay to the delight of 12-year-olds or a member of a Fortnite team who needs to coordinate with the other players, balancing our voices with the sounds of the game is something of a tightrope act. With the A40 TR Headset and MixAmp Pro TR from Astro Gaming, that tightrope has been replaced by a rope bridge. 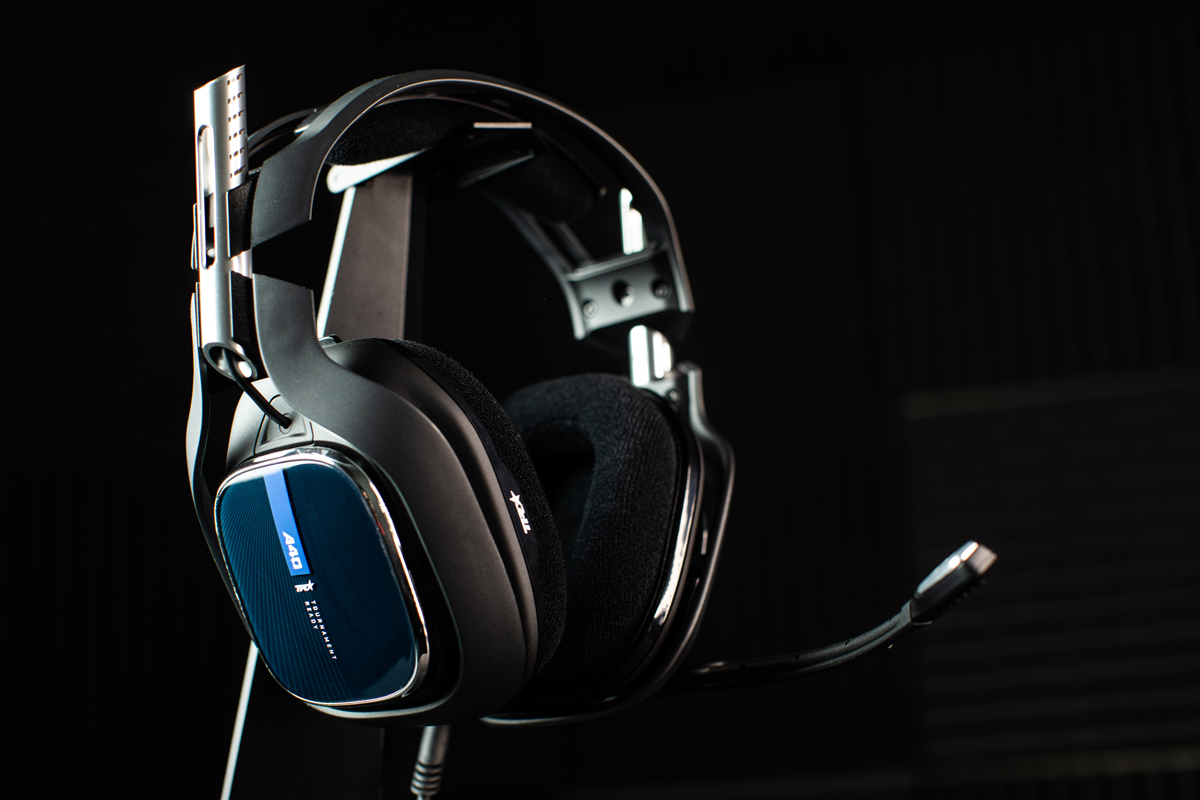 The “TR” in A40 Headset and MixAmp Pro TR stands for “tournament ready.” Astro Gaming has long been a sponsor of the Call of Duty World League and both of these pieces of hardware have been created to take tournament play to the next level. While it’s clear the professional gamer was at the forefront of the minds who created these devices, people who play for fun may still find some uses for the tech.

The MixAmp Pro TR is an update to the previous generation model that bills itself as an “evolution” rather than a “revolution.” In addition to featuring a new, sleek design, it comes with several new features Astro hopes you’ll find worthy of the asking price. For those looking to get the best sound out of their games and movies, the MixAmp supports Dolby Digital 3D audio and Astro Audio V2, the latter of which is the major advancement for the MixAmp’s sound quality. For Xbox One owners, it supports Dolby Atmos and Windows Sonic as well. For streamers, you can output to Twitch using 2-channel Dolby audio and use the downloadable Command Center software to personalize your audio for the audience. For tournament players, the MixAmp still supports a daisy chain configuration allowing teammates to better communicate with one another.

Setting up the MixAmp Pro TR was simple enough on my computer. After plugging it in and selecting the right audio input from my OS, I jumped into a game of Team Fortress 2 to test it out. With the large knobs on the device, I was able to quickly find the perfect balance of game sound and everyone telling me how bad I am with Pyro. Though I was playing on my laptop, the MixAmp Pro includes a three-meter Micro-USB cable that should suffice for any type of setup. It also includes an optical audio cord of equal length and a short daisy chain cord.

As for the A40 TR Headset, it’s comfortable for long gaming sessions though it can feel a bit heavy over time. The ear cushions, speaker tags, microphone, and headband are all swappable and can be switched out with mod kits that are sold separately. The included ear cushions are a thick felt that feel snug even when wearing a pair of glasses. The microphone can either be plugged into the left or right headphone speaker and it’s adjustable so you can decide how close or how far you want it from your mouth. The microphone audio is pretty clear and it didn’t pick up any of my heavy breathing during multiple games of Overwatch.

When using the headset with the MixAmp Pro, the end product is one impressive experience. Having the Dolby 3D audio from Overwatch blend with my teammates rallying us to victory was something I’d been missing in many of my competitive games. On its own, however, the headset lacks its own volume controls as the included cord only features a microphone mute switch. It’s not a huge loss but there were times over the past two weeks where the maximum volume of the device I plugged the headset into just wasn’t loud enough for me.

My favorite things about this whole set are the uses I find for it outside of gaming on my computer or PS4. The headphones are perfect for taking on the train when I play my Switch on my way to work. They’re not noise-canceling, though they do muffle much of the sound of a transportation system so piercing and jarring it inspired one of the most memorable moments from a horror game. Two nights ago, I hooked the MixAmp up to my computer, set the audio to Dolby, and watched a movie with sound as good as my local theater. Yes, I’ll continue to use the devices for gaming, especially when Borderlands 3 hits in September, but I’m getting a lot more supplementary use out of both pieces of hardware than I anticipated. 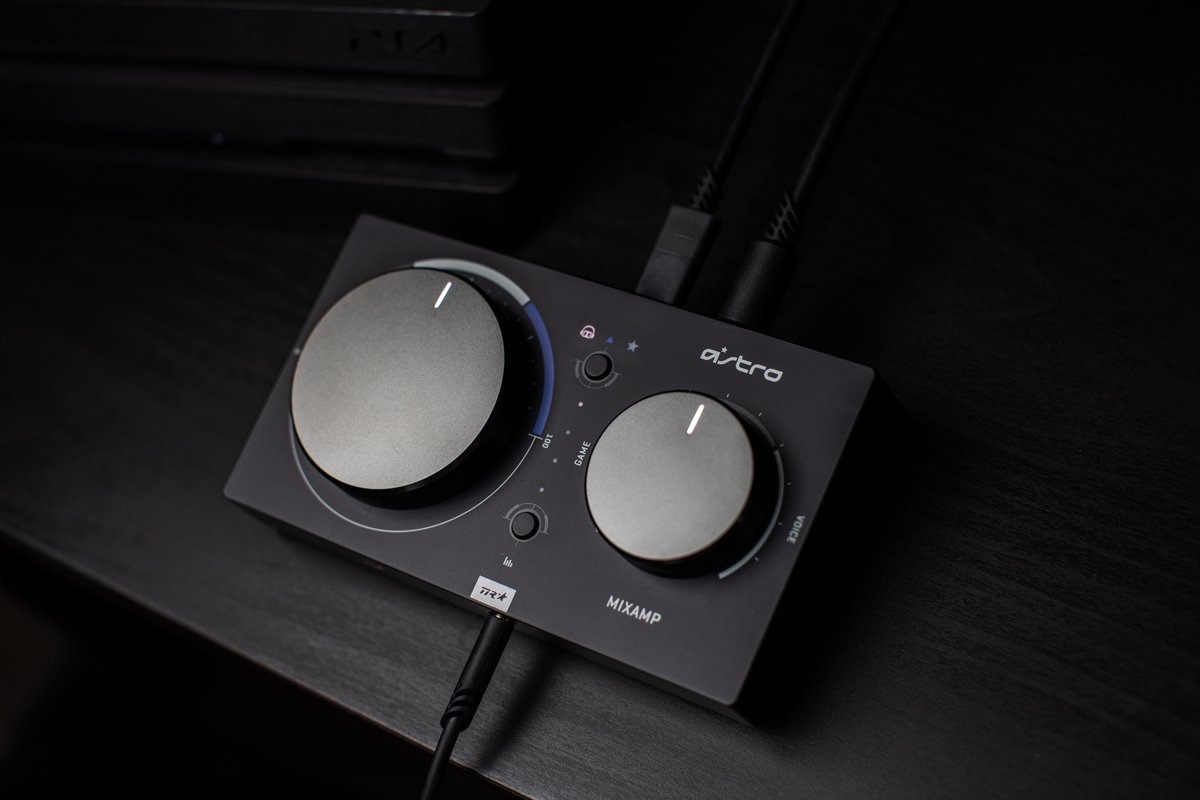 If this is something that interests you, know there are a few minor caveats depending on the hardware you’re working with, both of which I just happen to own. For starters, while the MixAmp Pro does work with PC and Mac, the configuration software that grants all of those personalized streaming options is only currently available for Windows 10. There is software available for prior versions of the hardware, however, it is not compatible with this latest iteration. A company representative did confirm to me a Mac version is on its way.

The MixAmp Pro also uses an optical port to capture the sound from your PS4, but if you own a PS4 Slim like myself, this isn’t an option as there is no optical-out port on the console. Astro has recommendations for its previous generation MixAmp Pro to get around this issue, namely an HDMI splitter. After ordering one for myself, I found it’s still a viable solution. Also, while the headset is universal with its 3.5mm jack, the MixAmp Pro is tied to a specific console. The one I reviewed is for PS4/PC, but there is also an Xbox One/PC option. If you plan on streaming from both PS4 and Xbox One, the MixAmp Pro TR can be purchased individually for $129.99.

Obviously, I know the A40 TR Headset + MixAmp Pro TR has improved my gaming experience, if at the very least by getting me to pay attention to the audio options that have been available for years. Much like the last Astro device I reviewed, I can’t argue against the quality. This is damn fine audio equipment, and it comes at a damn high price. You can get a brand new console for the price of this set and unless you’re an audiophile, it’s probably not going to be worth it. But, if you have dreams of being the next Ninja or want to put together a team that could rival the Evil Geniuses, it’s not a bad investment.