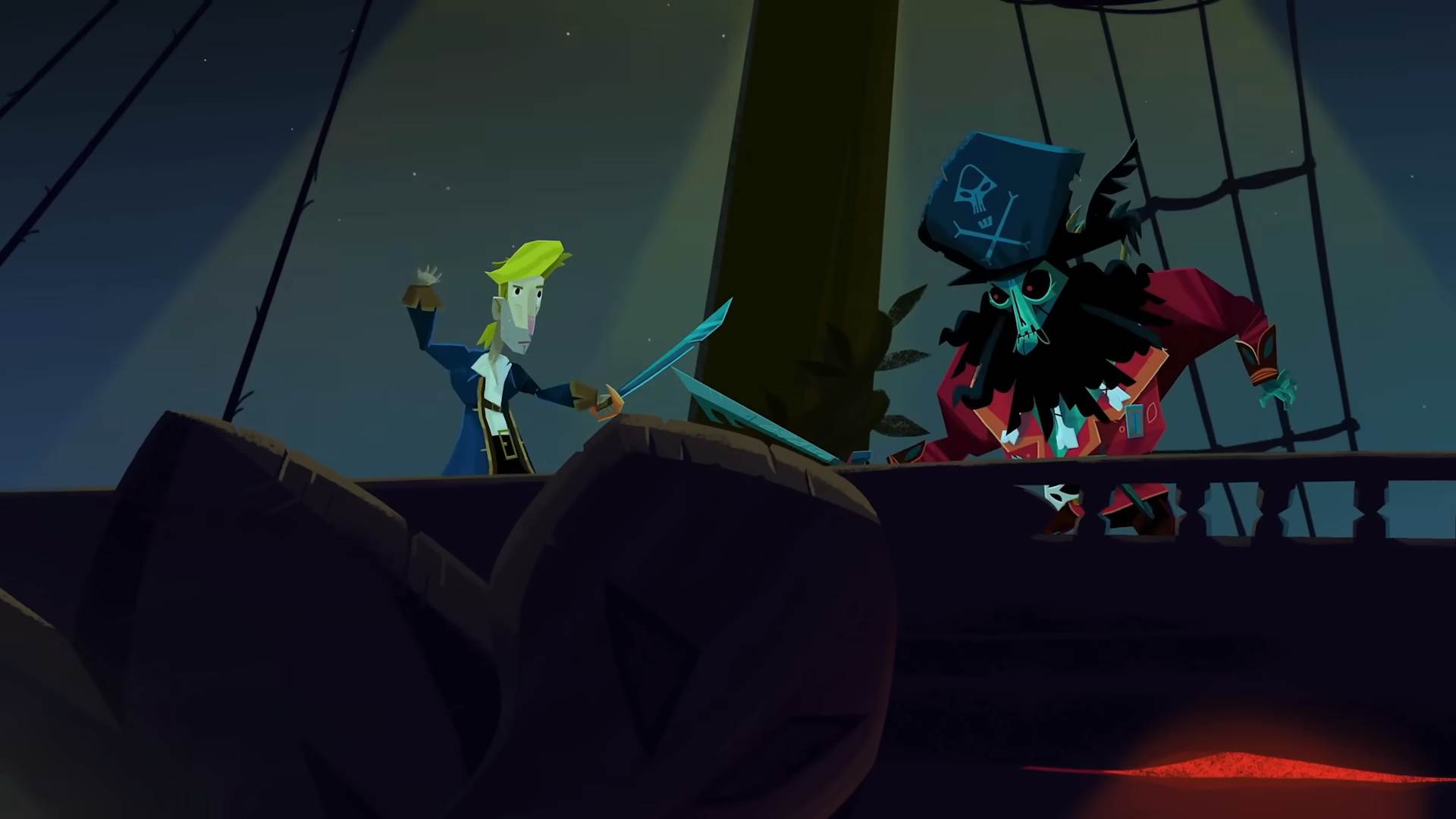 PlayStation and Xbox owners can return to this classic series

The return of a classic adventure series is sailing for new ports next week. Return to Monkey Island arrives on Xbox Series X|S and PlayStation 5 on November 8.

While it originally launched for just PC and Switch, owners of newer consoles will also be able to finally return to the Monkey Island series. Additionally, Return to Monkey Island will be on Xbox Game Pass, for console alongside PC and cloud.

You can see the trailer for the PS5 and Xbox Series X|S versions here:

Return to Monkey Island first released in September for PC and Switch, and it seemed like it turned out pretty good. The story continues the journey of Guybrush Threepwood, as a new and dramatic series of events takes place on Mêlée Island.

As Zoey wrote for us in the initial review, Return to Monkey Island is a follow-up to the series that’s got a good amount of callbacks and references. For Monkey Island fans who haven’t got around to it yet though, the new platforms provide a chance to finally check it out. And hey, Game Pass makes it easy to see if this kind of adventure is your cup of tea.

Return to Monkey Island joins a pretty stellar lineup of Game Pass games this month, too. Obisidian’s historical murder-mystery Pentiment is also due up on the Pass. As is Somerville, the extraterrestrial thriller. And if you really just need to lose hours watching bats and skeletons explode, Vampire Survivors is on-deck too.