On this day, in 1980, I was born. Birthdays don’t typically hold any real significance for me, which made finding a “birthday memory” a little bit of a challenge. I’m not one of those people who obsesses over one day being a specific marker of how old I’m becoming. If anyone should be celebrated on a birthday, we should be giving gifts to a person who was consciously involved in the act. Then again, we do already have Mother’s Day.

As a consequence of my general disinterest, I don’t usually celebrate with a party. I’ve certainly attended my share of them, though. As a youngster participating in the social development cycle of a healthy child, birthday parties are just a matter of course. You are invited to them out of courtesy by classmates and accept those invitations for the same reason. Birthday parties are a big deal for kids.

In the suburb I spent my formative years in, there was only one place to go when a kid wanted to show his peers how cool he was: ShowBiz Pizza Place (now known nationwide as Chuck E. Cheese’s). Part arcade, part family pizza restaurant, part stage show, ShowBiz had it all. There was a massive stage with huge, life-like animatronic animals who would perform songs and sing “Happy Birthday.” It was a bright, energetic and fun atmosphere every single time you went. This week, for my birthday, I’m going back. 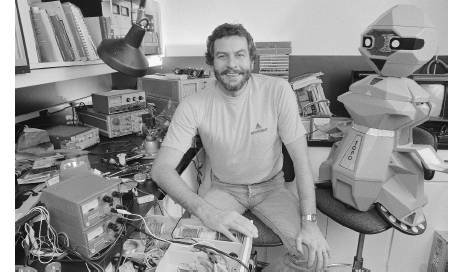 The history of Chuck E. Cheese actually has its roots in the history of videogames. Atari, through the direction of its founder, Nolan Bushnell, opened the first “Chuck E. Cheese’s Pizza Time Theatre” in 1977. Prior to creating his game company, Bushnell had managed a division of an amusement park and used this experience to create the fusion of food, games and animated entertainment the restaurant chain became known for. A year later, Bushnell would leave Atari but purchased the successful Pizza Time division from them and began franchise expansion.

Soon after, a competitor appeared in the form of ShowBiz Pizza Place. It was a joint venture between the largest Holiday Inn franchise group in the United States (which had originally intended to franchise Pizza Time restaurants in 16 states) and Creative Engineering Incorporated. This chain upped the ante considerably with its innovative animatronic stage show, “The Rock-afire Explosion.” Composed of three stages which could operate in any combination or entirely on their own, the memorable characters had a variety of programmed routines and a sense of personality.

The money rolled in and both companies experienced considerable growth, even while locked in legal proceedings. Then, the 1983 videogame crash crippled them both. With video games out of vogue, Pizza Time hemmoraged cash. Salvation came from an unlikely source. ShowBiz Pizza, who was also struggling in the aftermath of the crash, offered a merger which would keep Chuck E. Cheese’s restaurants open and settle their protracted legal battles.

Over the course of the next several years, ShowBiz Pizza was phased out completely and Creative Engineering Inc. was forced out of the loop. The Rock-afire Explosion began to be replaced with new animatronics centered around Chuck E and all locations went through a period of concept unification to become what Chuck E. Cheese’s is today. 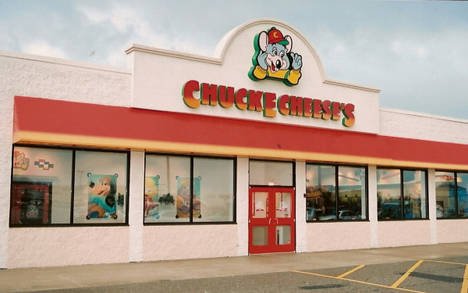 Why the history lesson? In part, I think it’s pretty interesting (there’s an exhaustive history of the companies at this fan site) but I also wanted to make it a point that your mileage will almost certainly have varied from mine when it came to the restaurants. Throughout the 1980’s, you never really knew what you were going to get. At one point, there were as many as six different stage performance formats, to say nothing of game variety or restaurant layout.

That said, I thought the experience was pretty fun. I’m sure the food was terrible, but there were a ton of arcade cabinets and Skee-ball.  The Rock-afire Explosion was mind-blowingly cool and still is.

Walking into a Chuck E. Cheese’s now is depressing. What my memory tells me was full of vibrant energy has been replaced with a sterile, capitalistic feel. It’s as if everything I thought was fun about the place has been taken away and replaced with a shrine to mediocrity. 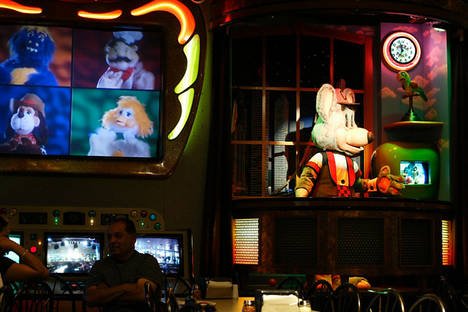 The excuse they provide for animatronic entertainment is a hugely stripped-down affair. Chuck E. Cheese makes herky-jerky movements while surrounded with televisions and projector screens of pre-recorded video content that loops every half hour or so. The room isn’t seperated by more than a short wall either, so the volume of the “performance” can’t compete with the noise of screaming children in the gaming areas. Not that it mattered much, since Chuck E. appeared to be about half a second away from being synchronized.

But there’s games, right? Eh, not so much. There were about fifty machines available to play and only five are what you might consider a videogame, three of which being family-friendly rail shooters. Everything else was a ticket-redemption scam. The whole dynamic has shifted from honest arcade to a kiddie casino. From a business standpoint, I know it makes sense to get those kids to pump token after token, “playing” something for three seconds before having to spend more money. I just don’t care for the crass commercialization of our children’s joy.

What do you get for all those tickets you earn? Cheap, plastic crap, of course. I was never under any illusions about that. Thing is, the cheap, plastic crap they have on offer today is a pathetic shadow of what was available in my youth. There was not a single plastic ninja or parachuting soldier to be found. No more suction-cup throwing stars either. What kind of a world do we live in where I can’t toss a plastic army guy into the air and watch him drift back to earth three or four times before a tear forms in his parachute? 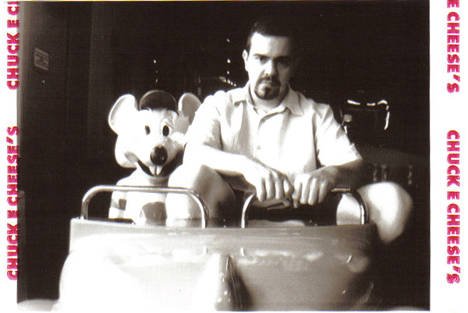 This picture really sums up the entire experience for me. A friend who I dragged along (misery loves company, after all) suggested that these sort of things aren’t for us anymore, that they’re geared towards a different generation with different desires. Part of that may be true but I have difficulty reconciling it. No, I’m pretty sure that the real fun is only being had by rich, old men who have forgotten that kids are more than dollar signs with feet.

So, now, I’m going to do what adults do for fun on their birthdays: I’m going to go get drunk and try to forget this ever happened.