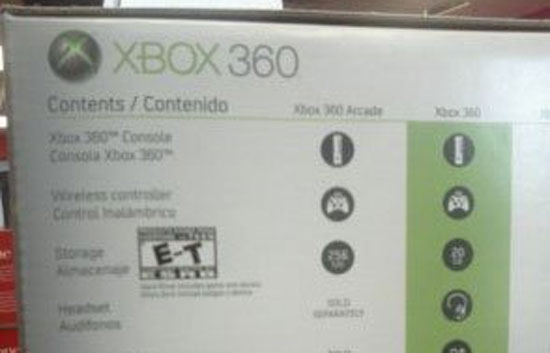 GameSpot has obtained images of a retail display that has confirmed the existence of the rumored “Xbox 360 Arcade” bundle. The display confirms what was previously rumored: The system will come bundled with a wireless controller, a 256MB memory card, and five arcade games. While the display doesn’t list the Arcade games included, the rumors have suggested Boom-Boom Rocket, Uno, Feeding Frenzy, Luxor 2, and Pac-Man. The rumors have been true so far, so why question them now?

A price is also not listed, but the system is expected to retail for the same as the current “Core” system, which is currently $279.99. Microsoft refused to comment to GameSpot about the article, but what more is there to say, really?