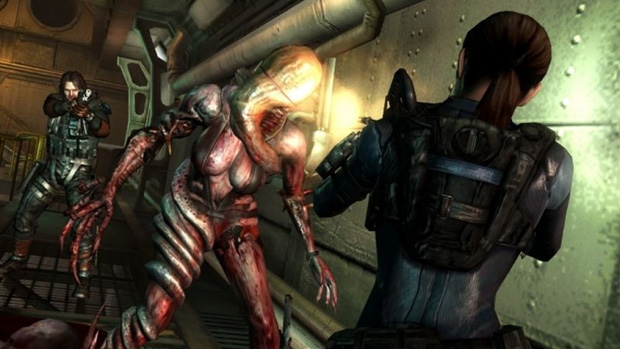 Only the GamePad is being focused on at this time

I hate to be the one to crush the hopes and dreams of the affable Jonathan Holmes, but it looks like the Wii U version of Resident Evil: Revelations will not offer a Wii Remote + Nunchuk option. Oh yes, we’ll get lovely off-TV GamePad support, but anyone wishing for a revival of the Resident Evil 4: Wii Edition playstyle will likely be left unfulfilled.

In response to a fan’s inquiry on Capcom-Unity, Capcom product marketing coordinator Mike Lunn revealed, “Unfortunately Revs is only supported by the Wii-U gamepad at the moment. We’re doing what we can to get the new classic controller compatability, but the game’s not setup to track motions from the wii-remote at this time.” This doesn’t necessarily mean it couldn’t happen in the form of a patch down the road, but it’s not in the cards right now.

‘Tis a shame, considering how many people swear by RE4 on Wii as the definitive version thanks to the pointer controls, or rather the option to use either pointer or classic controls should they so choose. Let’s just hope that if Capcom does decide to add in Wii Remote compatibility, it doesn’t pull an RE5: Gold Edition and make us buy a completely new game.