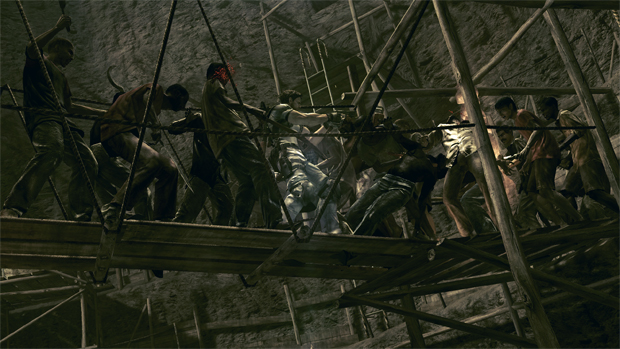 There’s no short supply of vocal people around these parts who didn’t enjoy Resident Evil 5. Why? My guess is they didn’t find it scary enough, it was too similar to Resident Evil 4, and it also wasn’t as good as its predecessor. Does that make it a ridiculously horrible game that no one should ever play? Apparently.

But for those who found Resident Evil 5 to be the game equivalent of a summer action flick, or just plain liked hearing D.C. Douglas say the word “uroboros” again and again, here are the requirements for the PC version, which is due out in September.

Besides having exclusive costumes for Chris and Sheva and being viewable in stereoscopic 3D, the PC port has three times as many enemies in Mercenaries mode than its console brethren. All things considered, it sounds like the wait might be worth it.