The courtyard item box is tantalizingly out of reach for Carlos

There’s an item box in Resident Evil 3‘s hospital courtyard that’s hard to miss, but how do you actually reach the dang thing? Let me put it this way: my run time took a big hit while I tried to find the answer.

It’s a great reward, to the point where you’ll be bummed if you miss it, so I thought I’d break it down. 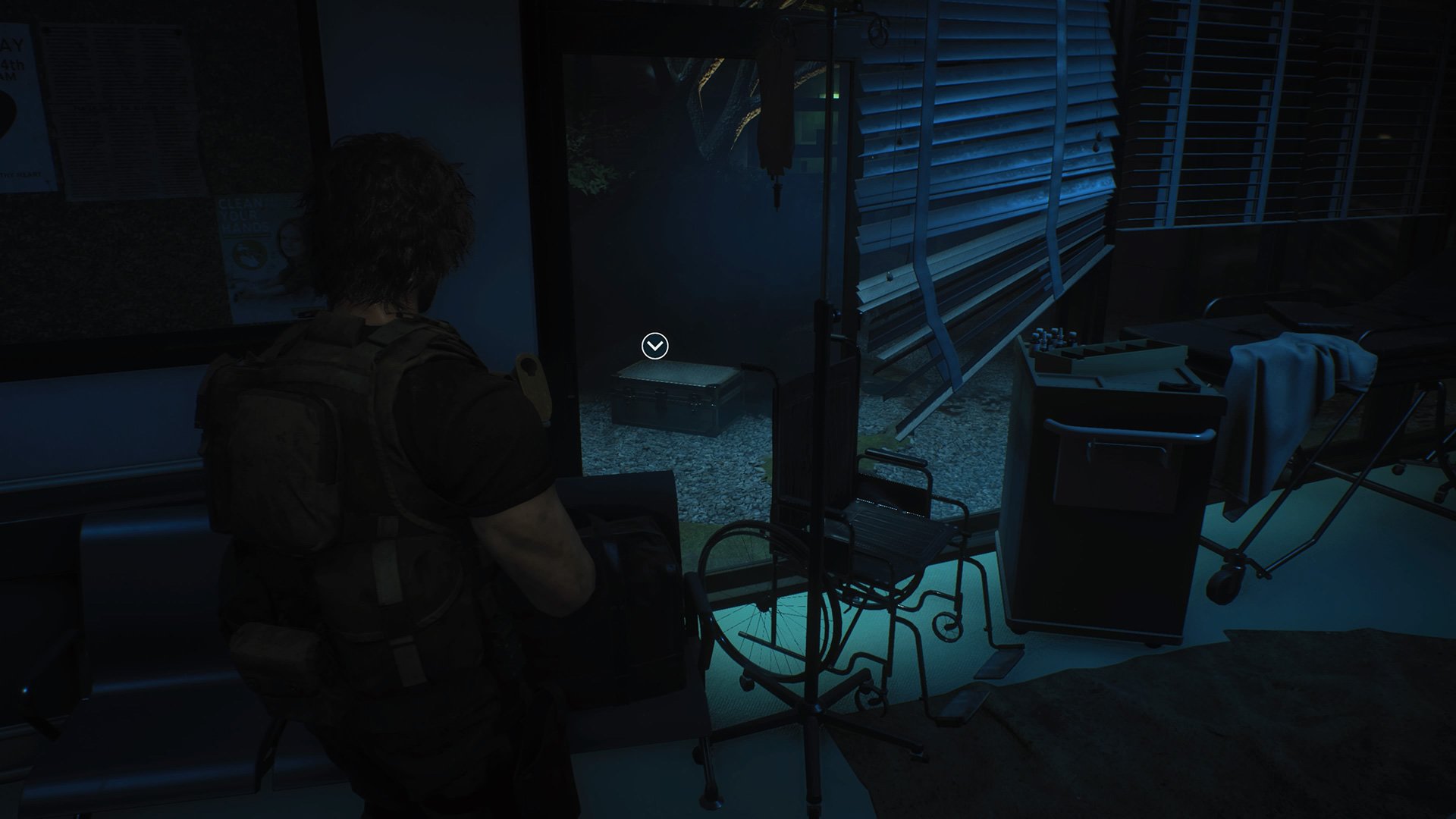 This is the item box in question.

It’s in the walled-off center of the hospital, which you can access as Carlos by leaping over one of two ledges on the upper floor. There’s just one problem: neither of the two possible jumps will get you to the exact right spot. You’ll land mere feet away from the item box, but hedges will block your path.

I made so many roundabout trips looking for another opening before I cut my losses and moved on.

Here’s the thing, though: that’s the solution. You can’t get to the box as Carlos.

Once you complete Carlos’ portion of the hospital, you’ll have a chance to revisit the entire area as Jill, so hopefully you cleared the place out pretty well. You’ll want to head up to the highest floor again. 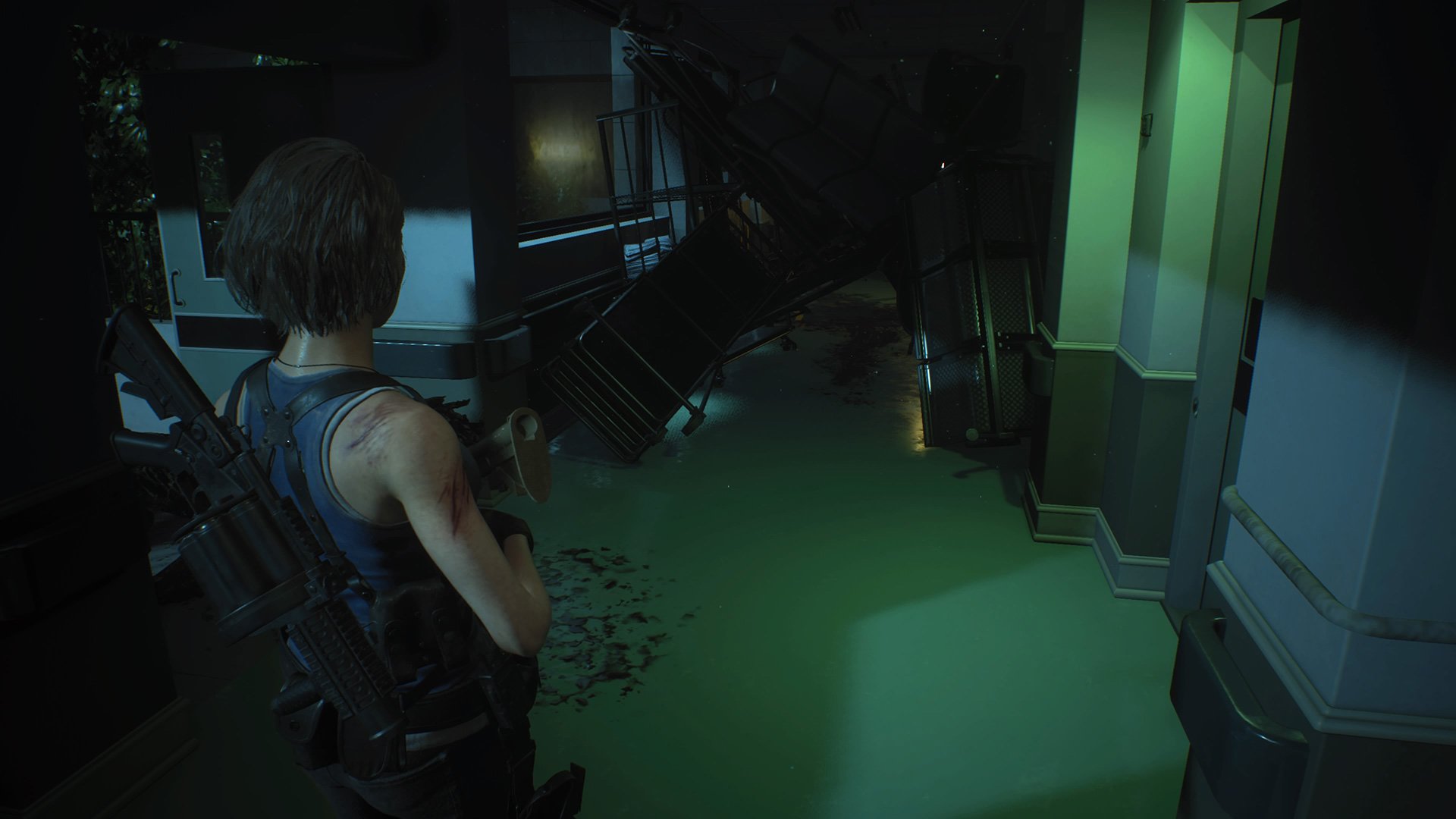 This is the spot you’re looking for – a tunnel that Jill can crawl through. Once she gets to the other side, you’re a quick jump away from reaching the item box and grabbing the Lightning Hawk.

Here’s what the location looks like on the map: 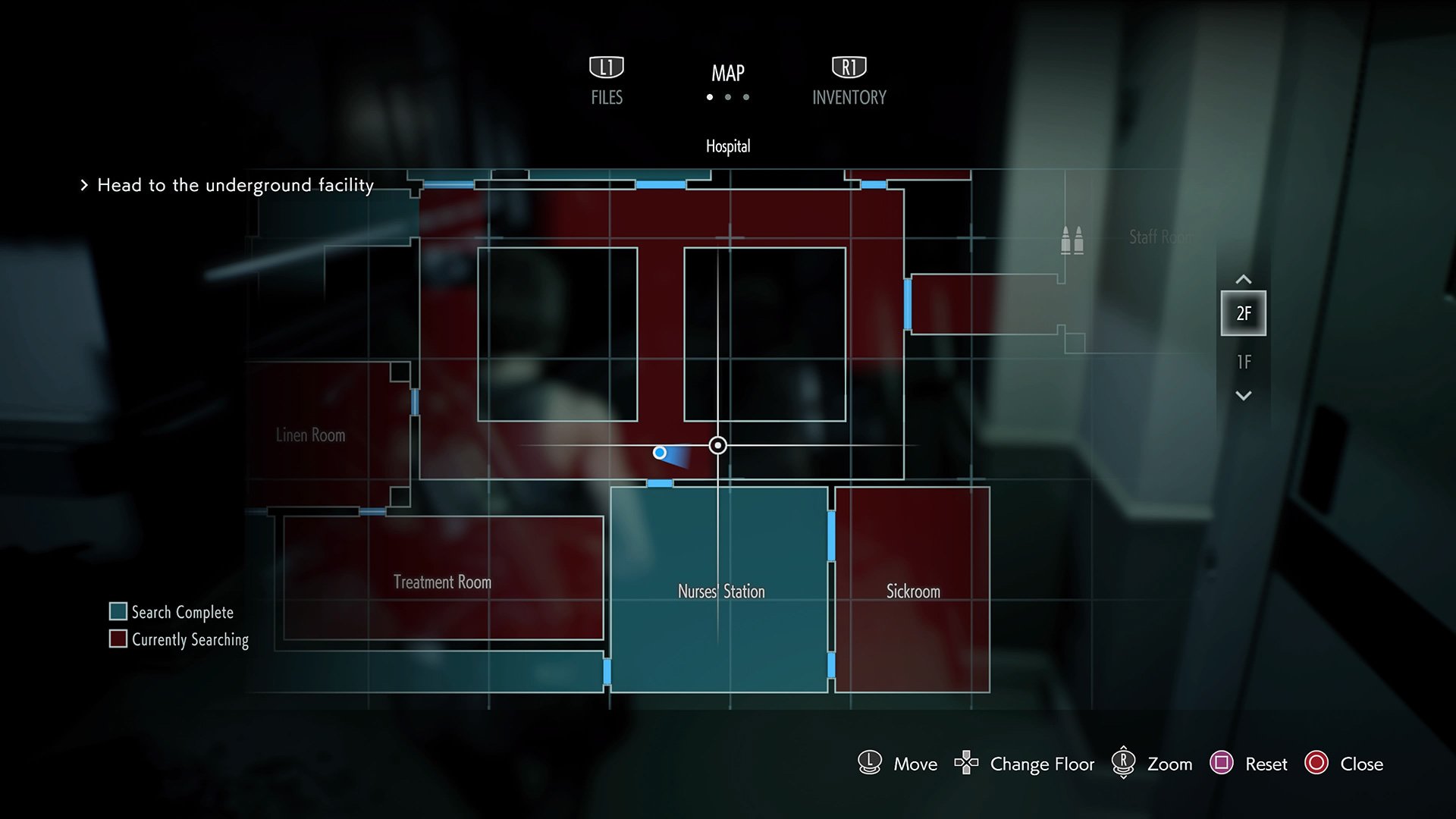 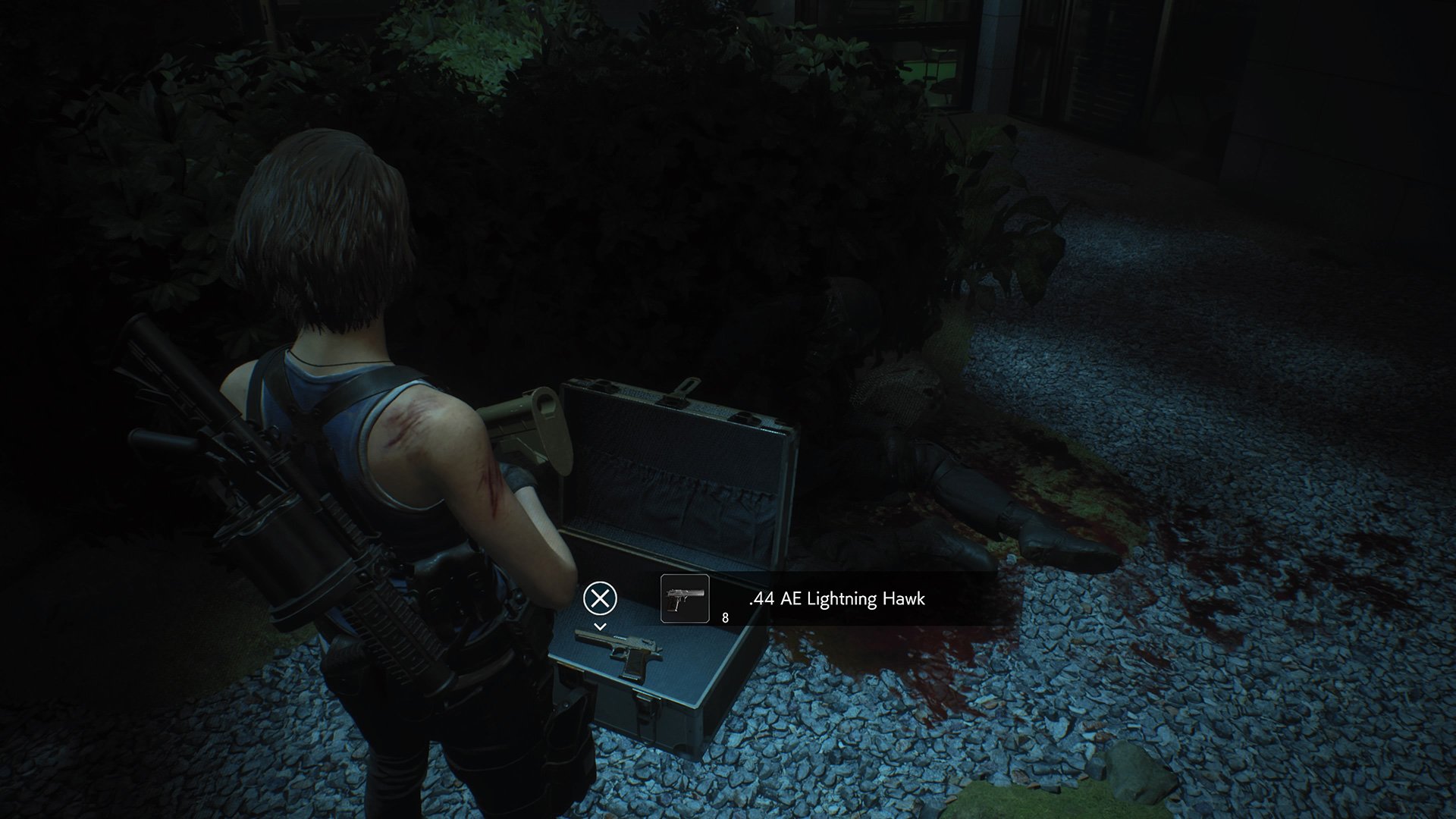 Jill can also pick locks around the hospital to grab extra MAG ammo, which I highly recommend given how scarce it is. You’re free to explore the whole area. If you’re worried about walking into a “point of no return,” don’t be. Just don’t go underground until you’re ready to leave the hospital behind.

Further into RE3, you’ll want to keep an eye out for the Lightning Hawk Extended Barrel. 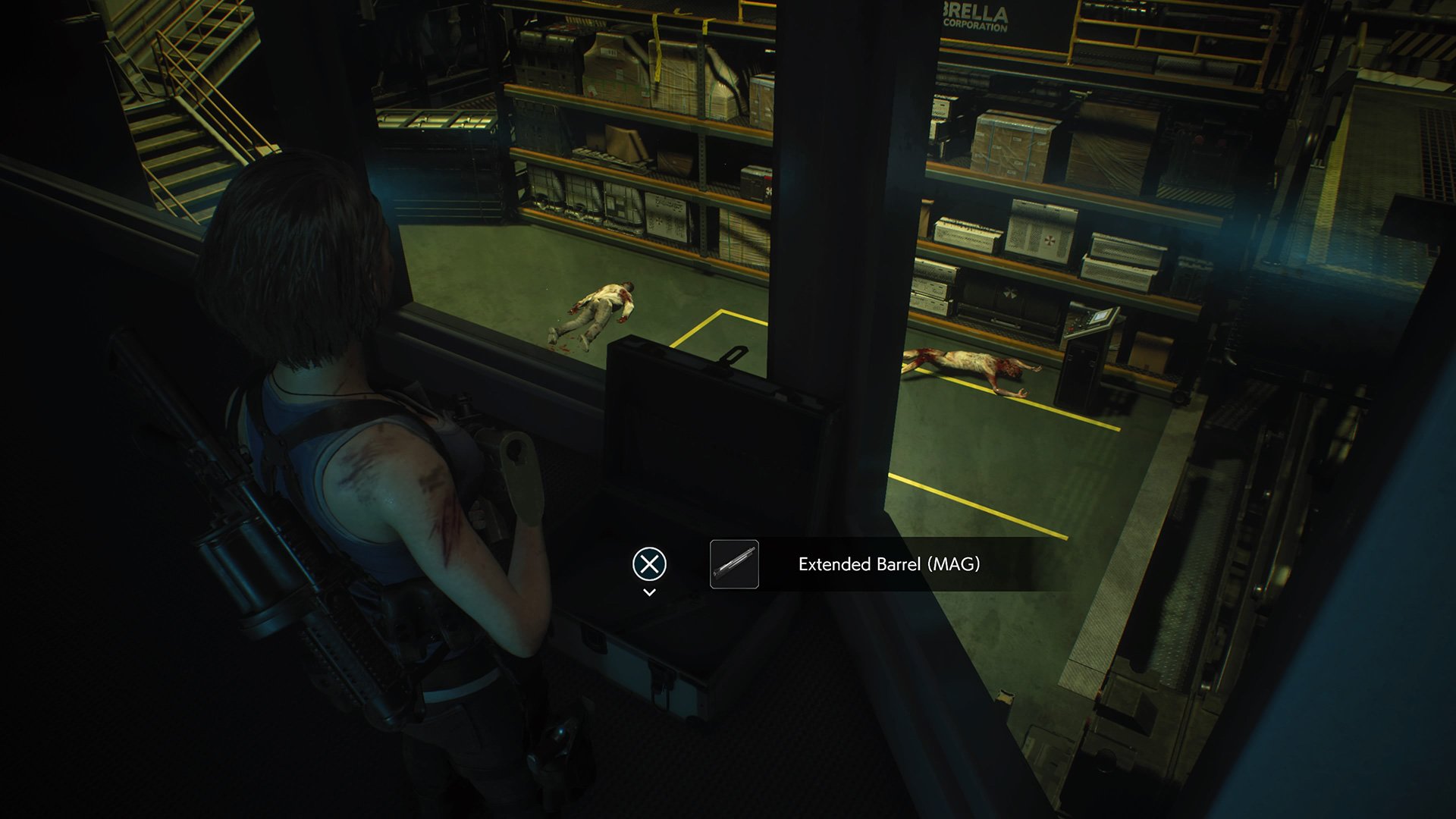 I missed this on my first playthrough because I had tunnel vision and wanted to see the ending. This weapon upgrade is located in the Underground Storage warehouse, after you fix and ride the elevator. 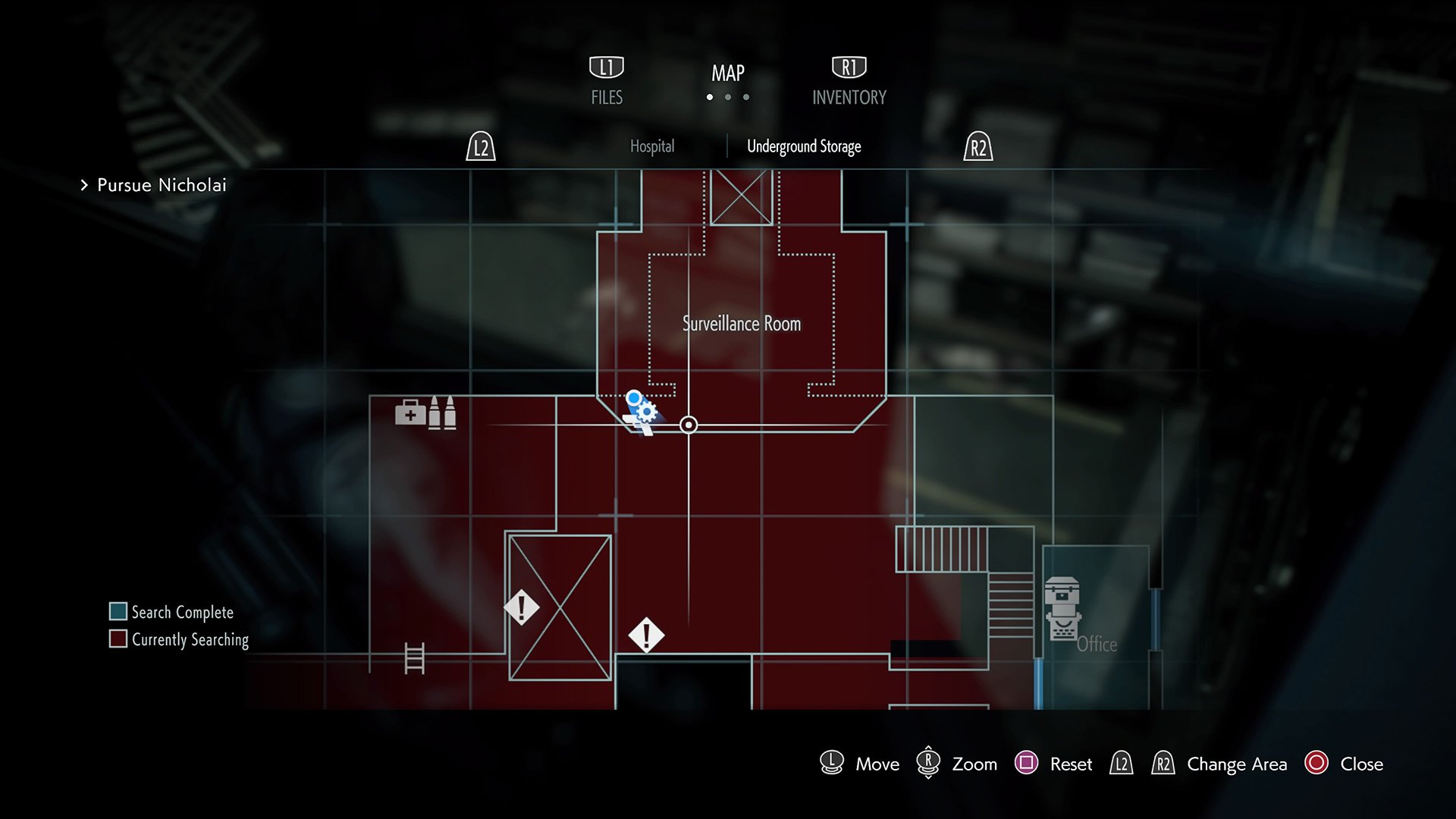 I can’t let you finish Resident Evil 3 without nailing Nemesis in the head with the Lightning Hawk.